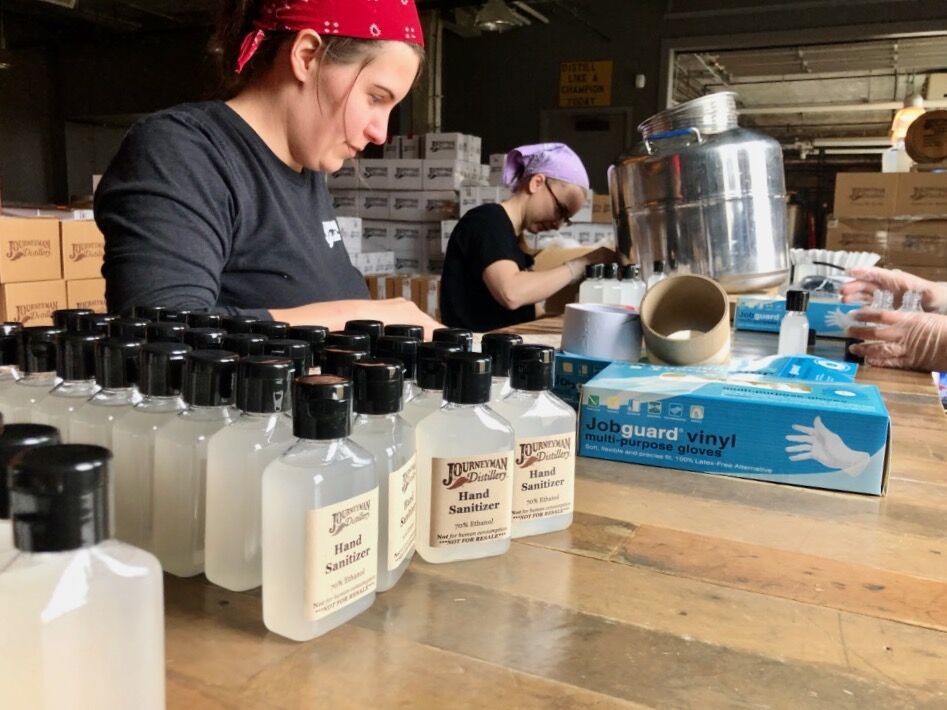 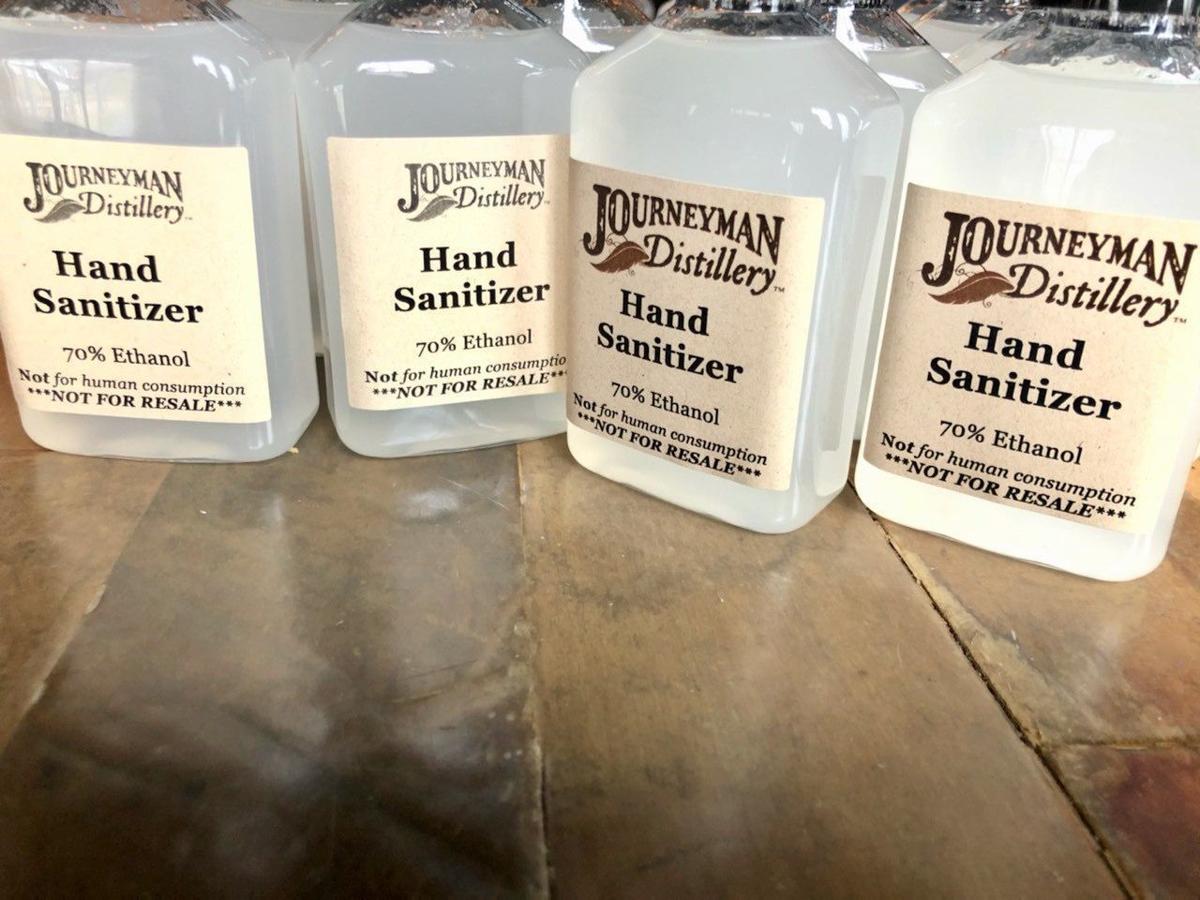 Journeyman Distillery in Three Oaks, Michigan, gave out more than 400 bottles of hand sanitizer to the public this weekend, raising more than $13,000 in spirits sales for its employees who have been furloughed because of the coronavirus pandemic.

Requests for bulk hand sanitizer started rolling in, so the distillery just across the state line in Southwest Michigan started an online store selling hand sanitizer by the barrel. It quickly sold out of the initial batch.

Valparaiso native and Journeyman founder Bill Welter switched the distillery over to bottling hand sanitizer as soon as it was allowed by the state and federal government, just days after Michigan temporarily closed bars and restricted restaurants to carry-out and delivery.

“There was no question about what we would do," Welter said.

It's not the first time that the historic factory at 109 Generations Drive, which used to make buggy whips and corsets, was mobilized for public service.

“In the early 1940s, the Warren Featherbone Company supported the war effort by manufacturing raincoats for the U.S. Armed Forces,” Welter said. “Now, almost 80 years later, we’ve converted our production facility in the historic Featherbone factory to make hand sanitizer for front-line health care and essential service providers — as well as our community.”

After a flood of requests, Journeyman is now taking online orders of bulk hand sanitizers – from 1.75 liter bottles to 55 gallon barrels. The supply is temporarily sold out.

“It’s been a challenge but we’re proud to be here — for our customers, employees and community,” Welter said.

Journeyman Distillery, just across the state line in Harbor Country, plans to drop what Esquire Magazine describes as “Best Whiskey in Michiga…

An ambulance company in Valparaiso is collecting donations for personal protective equipment for medical workers throughout Northwest Indiana.

On Tuesday Humane Indiana announced the closure of the adoption center and facilities at 421 45th Ave. in Munster for the safety of staff, volunteers and the public.

As families hunker down, there's another danger that worries advocates and officials: a potential spike in domestic violence as victims are trapped with their abusers.

Illinois would have to double the number of available hospital beds in the next two weeks to treat COVID-19 patients if the coronavirus is not contained, Gov. J.B. Pritzker said.

U.S. Steel idling plants in Texas and Ohio, laying off up to 850 in COVID-19 fallout

U.S. Steel is idling plants in Texas and Ohio, and laying off up to 850 in more COVID-19 fallout

Coronavirus-related mass layoffs surge across Indiana, including at DirectBuy

Mass layoffs have surged across Indiana because of the coronavirus pandemic.

With the coronavirus crisis affecting the world, restaurants have been forced to close. But some Region favorites are still offering carryout, drive-thru and delivery options.

Gas prices fell under $2 a gallon in Northwest Indiana after a historically steep national plunge during the coronavirus pandemic that was even bigger than during the Great Recession.

Unemployment claims skyrocketed by 2,873.3% in Indiana last week because of the widespread economic shutdowns during the coronavirus pandemic.

18th Street Distillery is adding an outdoor area, botanical garden and apartments to its campus in downtown Hammond.