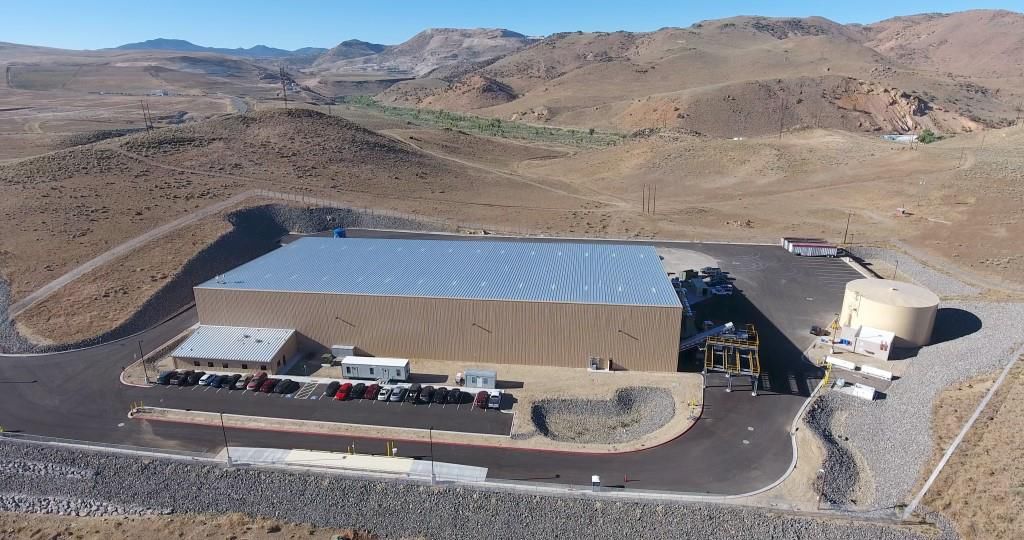 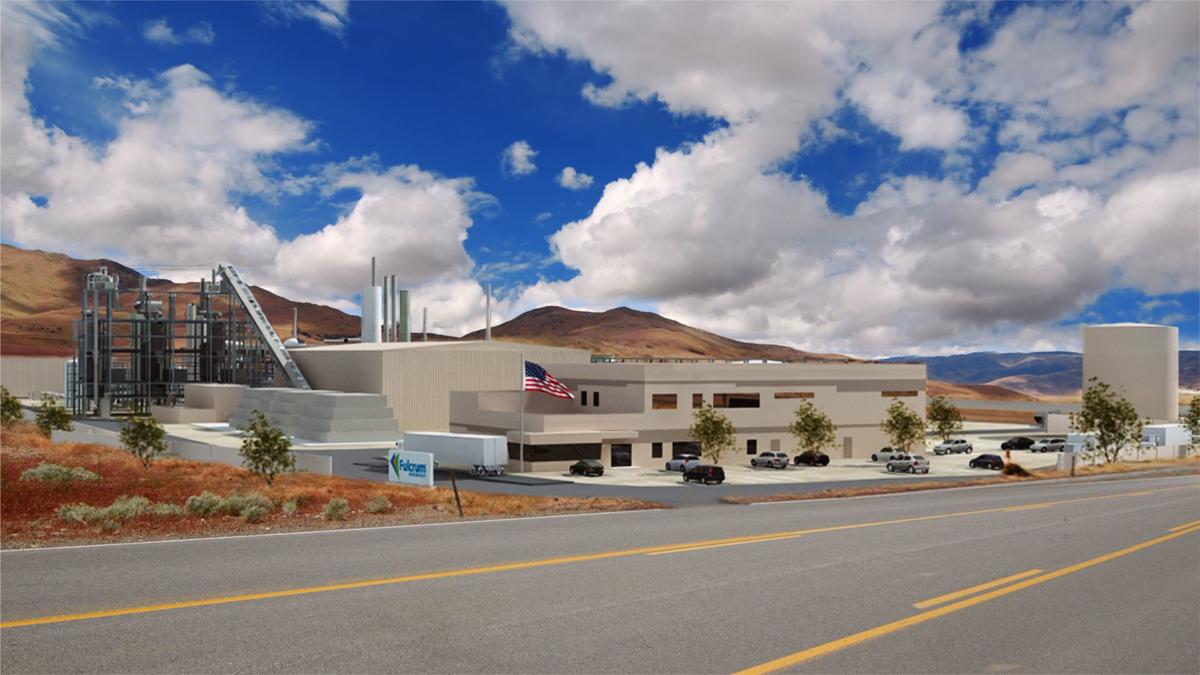 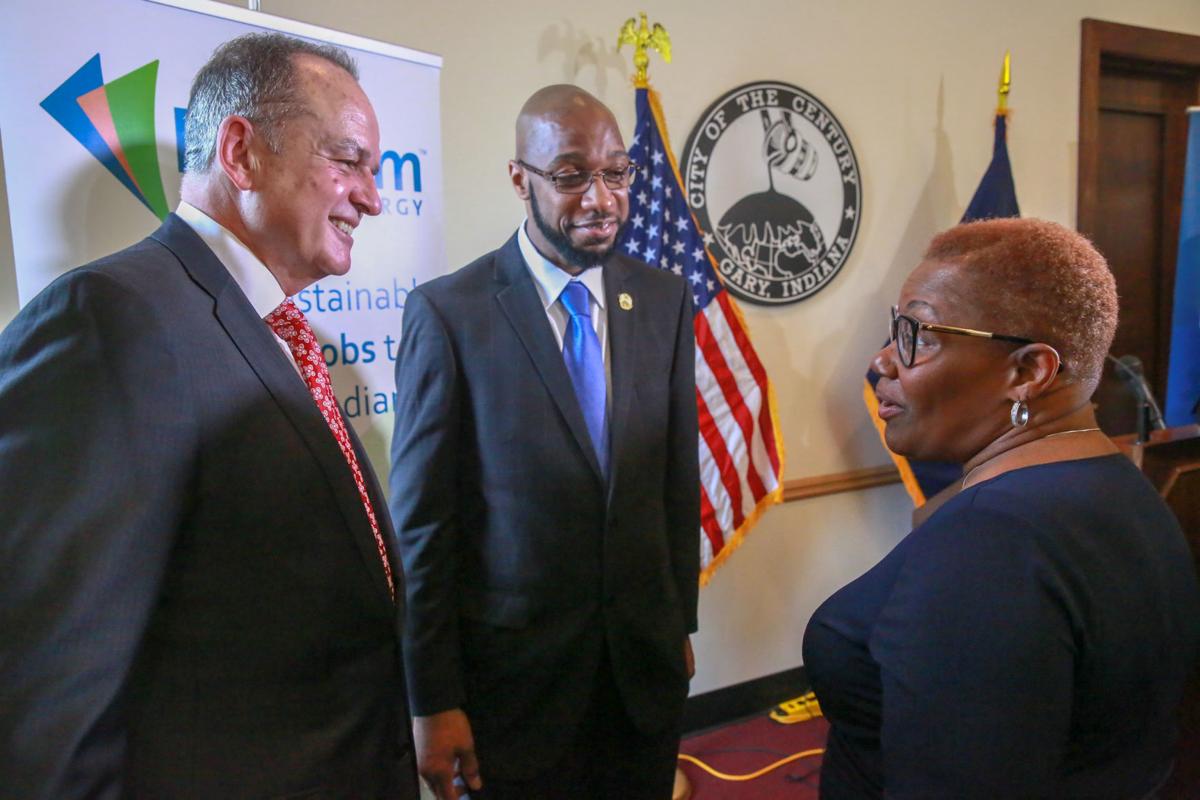 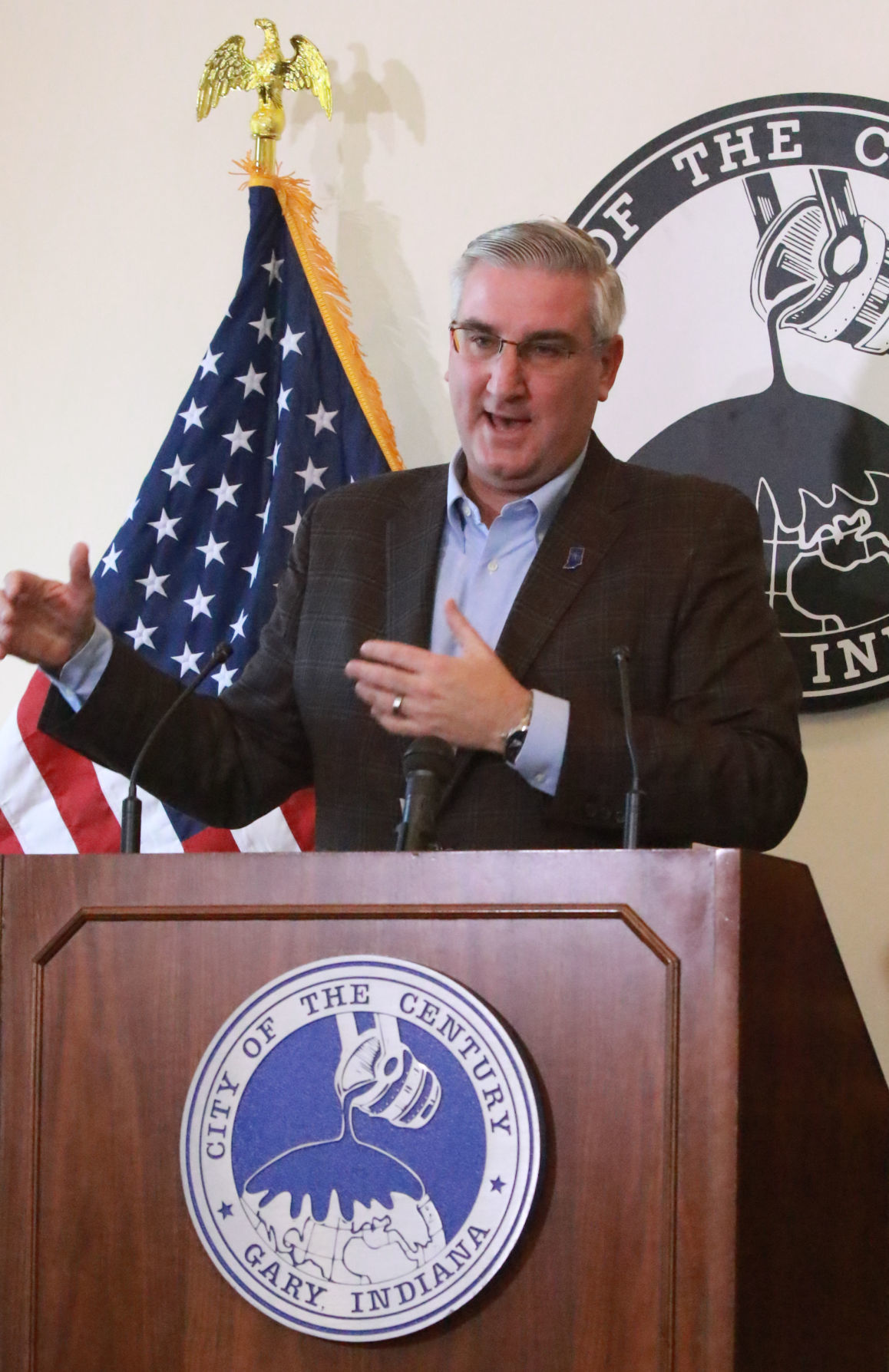 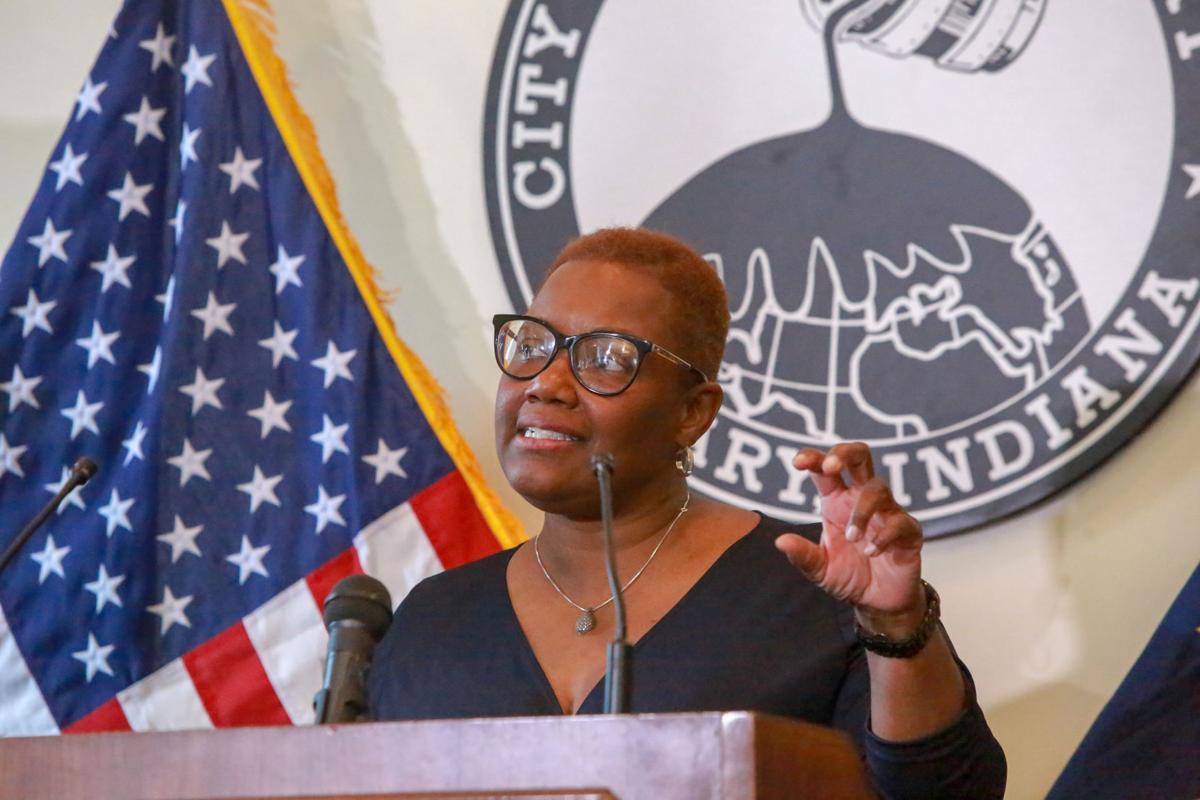 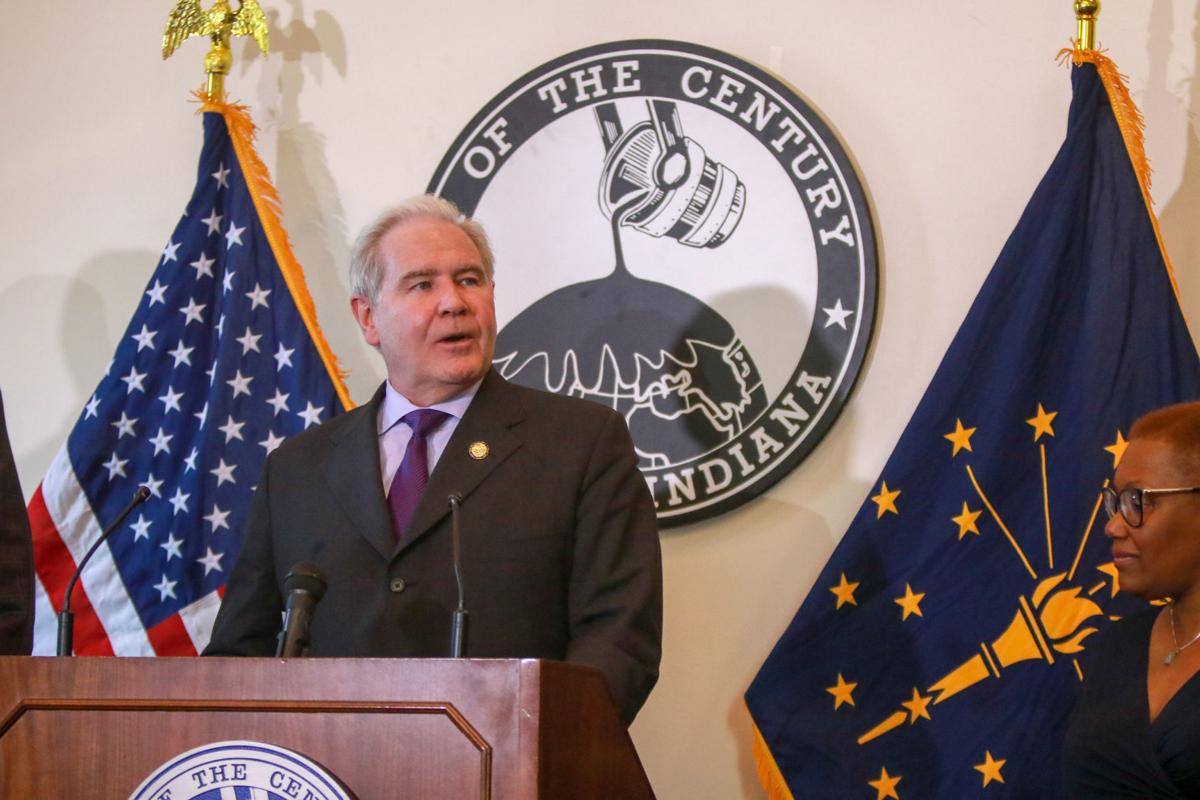 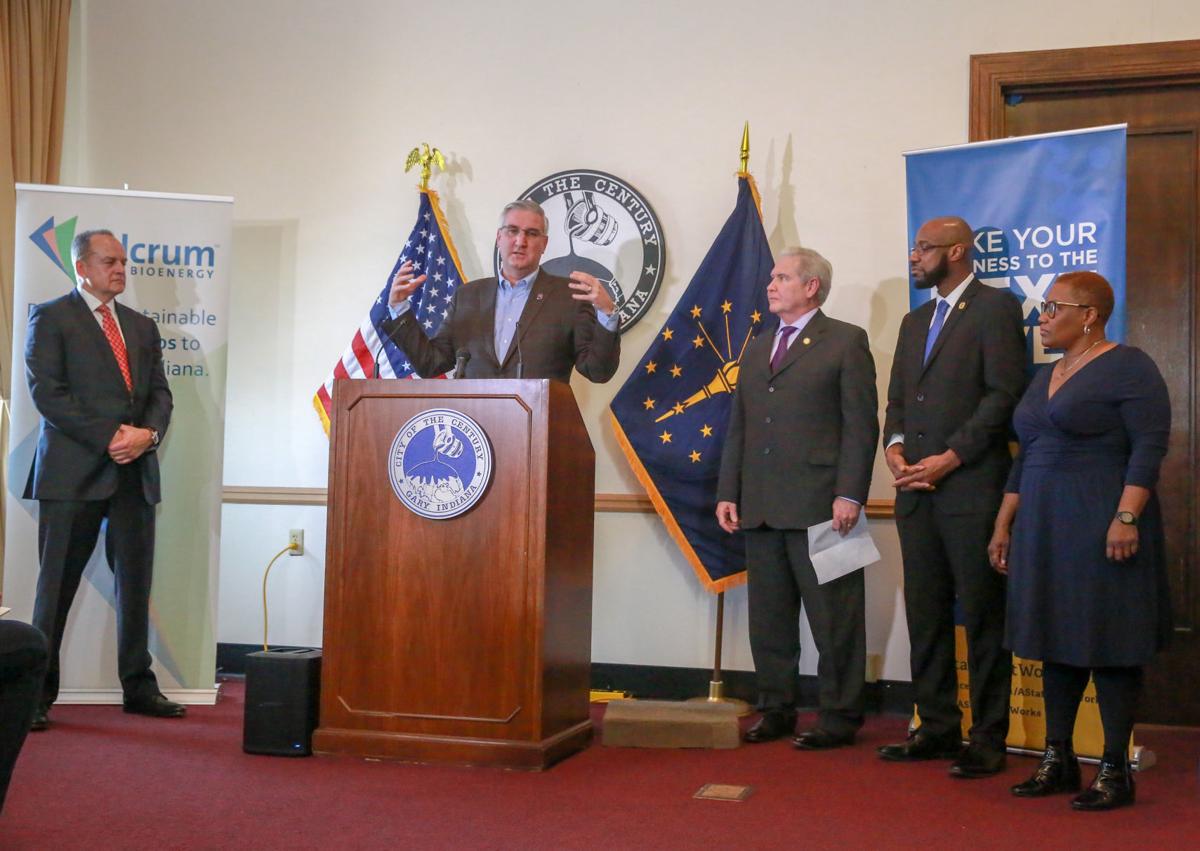 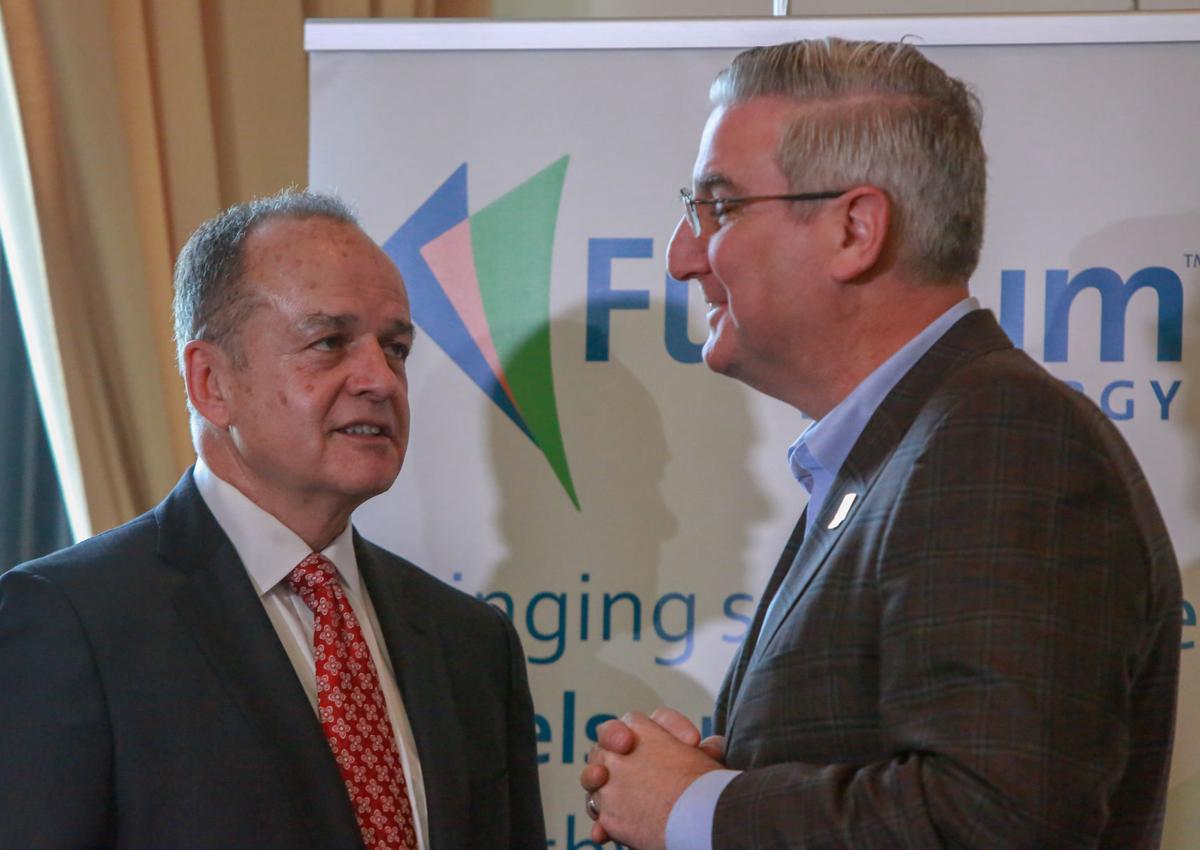 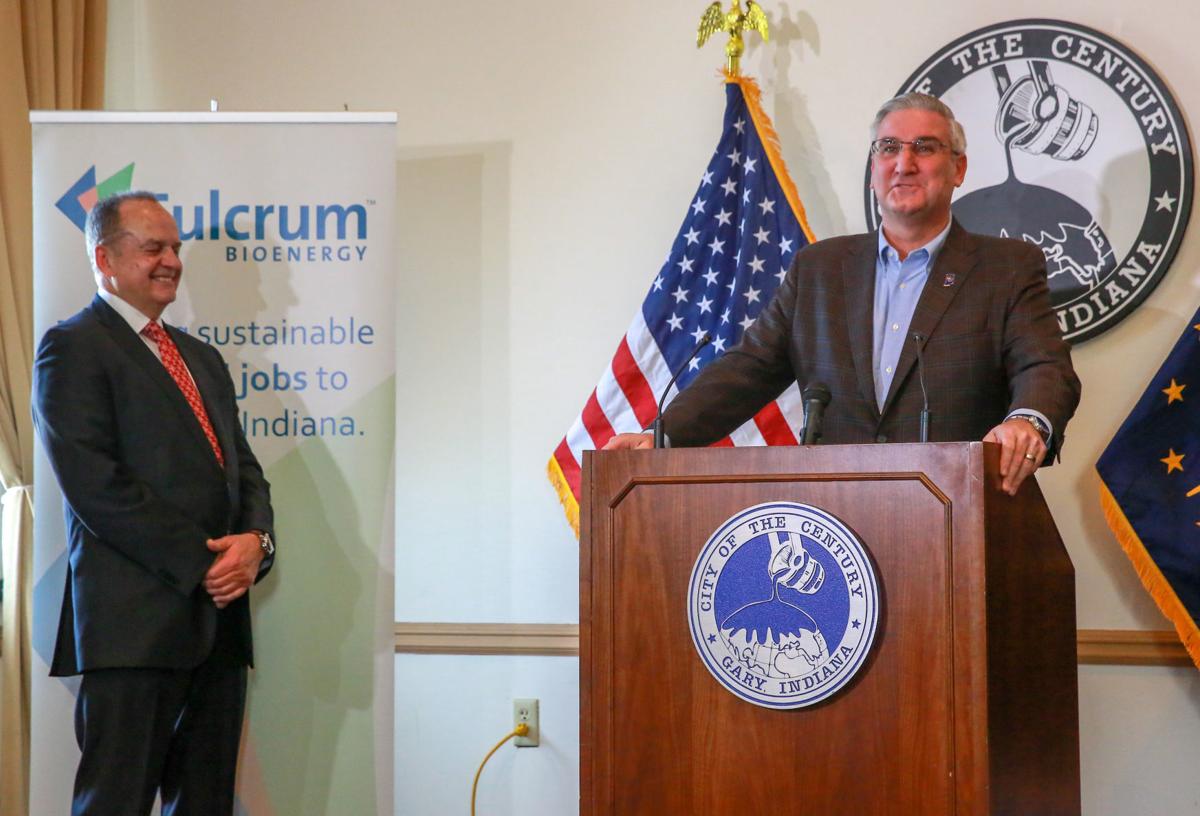 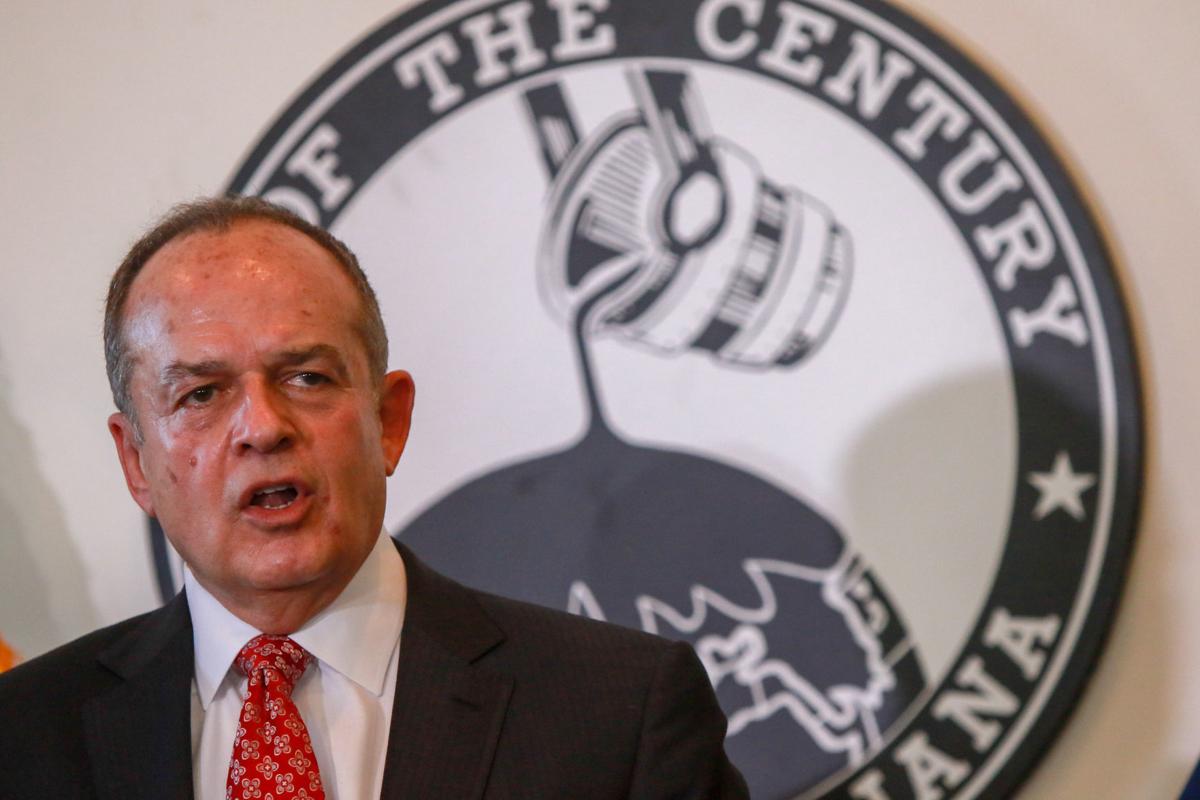 But a new company from California has come forward with promises to turn household waste into low-carbon jet fuel in Gary in a more-than-half-a-billion-dollar project.

Fulcrum BioEnergy, Inc. vows to invest $600 million and hire 160 workers at an average wage of $29 an hour, not including benefits, to run its Centerpoint BioFuels Plant.

About 900 construction workers would be needed to construct the plant by 2022, which would turn about 700,000 tons of municipal landfill waste from across the Chicago area into 33 million gallons of renewable jet fuel each year.

'We have the location'

Fulcrum is not the first company to come to Northwest Indiana with promises to turn trash into energy.

Maya Energy has tried for years to build a $50 million, 165,000-square-foot facility in Gary, less than 100 feet from the Steel City Academy charter school. But the Gary City Council in October effectively sent the company back to the drawing board after voting to rescind the city's approval, leading the Indiana Department of Environmental Management to take another look at Maya's permit application.

Powers Energy of America sought for years to build a trash-to-ethanol plant for the Lake County Solid Waste Management District in Schneider. But after several failed attempts, the board voted unanimously in 2013 to cancel the contract "after years of collapsed financing plans, missed deadlines and the retreat of a local construction consortium that had once planned to take over," according to The Times archive.

In Gary, U.S. Steel sunk $210 million in the Carbonyx project to develop a greener alternative to the steelmaking input coking coal before finally pulling the plug in 2014.

In Maya Energy’s case, Freeman-Wilson said the city no longer backs that project due to “misrepresentations” made about the project’s scope, but also because of its incompatible location next to the charter school.

Fulcrum, on the other hand, plans to locate to the Buffington Harbor section of the city, an area already home to numerous industrial companies, she said.

Fulcrum BioEnergy, Inc. has spent years investing $100 million from private investors into refining a gasification technology that began in World War II when the Germans had to figure out how to generate power after fuel supply lines were cut off and that was later used in South Africa, Fulcrum BioEnergy Chief Executive Officer Jim Macias said.

Landfill waste will be turned into a "clean, engineered feedstock" that will be volatilized into a hydrocarbon gas that will be converted in diesel or jet fuel.

It's a gasification process similar to how fossil fuels are made from organic materials deep down in the earth in the absence of oxygen, Macias said.

Macias said he believes Fulcrum is different from the failed or troubled companies that have attempted to invest in Northwest Indiana in that Fulcrum has spent several years and more than $100 million investing in refining the technology.

“There have been a lot of failures and a lot of good technology that works technically, but didn’t work commercially or financially, and so we’ve had a more diligent, detailed process. We’ve been at this for about 10 years, invested about $100 million in getting the process all right, integrated, and lined up for commercial use,” Macia said at City Hall on Thursday.

A win-win for Gary, state

There is no comparable waste-to-fuel biorefinery of the same scale operating anywhere in the United States, but Fulcrum BioEnergy has built an operational feedstock processing facility and started construction on a similar biofuels plant outside Reno, Nevada that would become the first commercial waste-to-fuel biorefinery in the United States producing both diesel and jet fuel. Though looking at an eventual IPO, the company has relied on private sector investment thus far.

“Launching our business in Indiana is an important next step in expanding Fulcrum’s capabilities to new cities rich in innovation and opportunity,” Macias said “Fulcrum’s municipal solid waste-to-fuels process will help reduce the impacts from climate change and boost the economy by producing low-carbon transportation fuel as well as bringing high-paying jobs and investment to Northwest Indiana.”

Once operational, the plant would process a “dry, clean feedstock” of paper, plastic and other waste products. After gasification, they would be turned into a jet fuel that would reduce greenhouse gas emissions by an estimated 80 percent.

Holcomb on Thursday called Fulcrum’s investment a “win-win” for Gary and Indiana. The state has agreed to offer $2.1 million in conditional EDGE tax credits, officials said, and the city of Gary plans to offer local incentives as well.

The company said it’s able to produce low-cost fuel that’s comparable or cheaper than traditional petroleum fuel because it relies on multiple revenue streams. Fulcrum BioEnergy also plans to build feedstock processing facilities at landfills in northeast Illinois, which would ship the processed trash to Gary.

Much of the jet fuel produced in Gary would supply United Airlines' hub in Chicago, as the airline has pledged to voluntarily reduce carbon emissions by 50 percent by 2050.

"There's a big drive toward more sustainable air passenger traffic," Macias said. "They're doing everything they can with more efficient planes to have a lower carbon footprint. The fuel produced from this process has 80 percent less carbon as compared to petroleum."

A home run for Gary

"We would build out to serve a lot of fuel customers across North America and the United Kingdom," Macias said. "Chicago's a big area with a lot of garbage and a big transportation hub. This will serve the Chicago and Indiana market but also can be distributed more widely, to other markets."

Gary has had a string of major economic development announcements in recent weeks — including a $19.7 million investment from the Illinois-based Alliance Steel to relocate here.

Gary Council President Ronald Brewer said this latest project is tremendous for Gary and a great next step in rebuilding the area’s workforce.

“Several years ago, I told the mayor, ‘You know we’ve been making base hits, but now it’s time to start hitting some home runs. I can say in recent weeks, with the announcements we have been making … mayor, we have hit several home runs,” Brewer said.

International shipments on the Great Lakes are up 5.3 percent so far this year as the 2018 shipping season winds down.

Indiana University forecasts state's economy will grow by 3.2 percent in 2019

Indiana University forecasts the state's economy will grow by 3.2 percent next year.

Holcomb: State 'not trying to take over' city of Gary

INDIANAPOLIS — Gov. Eric Holcomb has no interest in having the state take over day-to-day operations at the city of Gary as it has for the cas…

CreditZap, a credit repair company in LaCrosse in LaPorte County, is eyeing office space in Valparaiso, where it hopes to hire 10 to 15 more e…

Brock Lloyd, a financial advisor at Edward Jones in Valparaiso has become a limited partner in The Jones Financial Cos., the holding company f…

A record 3.28 million Hoosiers worked in Indiana in 2018, according to the Indiana Department of Workforce Development.

GARY — A planned controversial recycling/solid waste facility is back on track to be constructed in the city’s Glen Park section, steps away f…

The United States received steel import permit applications for 2.58 million tons in May, according to the U.S. Commerce Department's most rec…

The year 2018 has proven to be a good one for the domestic steel industry, which had appeared to on be the ropes after a barrage of cheap and …

Region-made firefighting equipment was used to help battle the devastating Camp Fire, the worst wildfire in California history and the deadlie…

In another strong signal that U.S. Steel has reversed its fortunes after turning only two annual profits in the last eight years, an analyst i…

U.S. Steel doubled its third-quarter profit to $291 million, but lowered its guidance for annual earnings before interest, taxes, depreciation…

The proposal would requires developers to invest 15% of any tax abatement or in-kind assistance back into the neighborhood for improvements.

A steelmaker hopes to make completely fossil fuel-free steel in the United States by 2026.

Northwest Indiana communities may have the opportunity to participate, at little cost, in a program aimed at identifying and reducing greenhouse gas emissions.