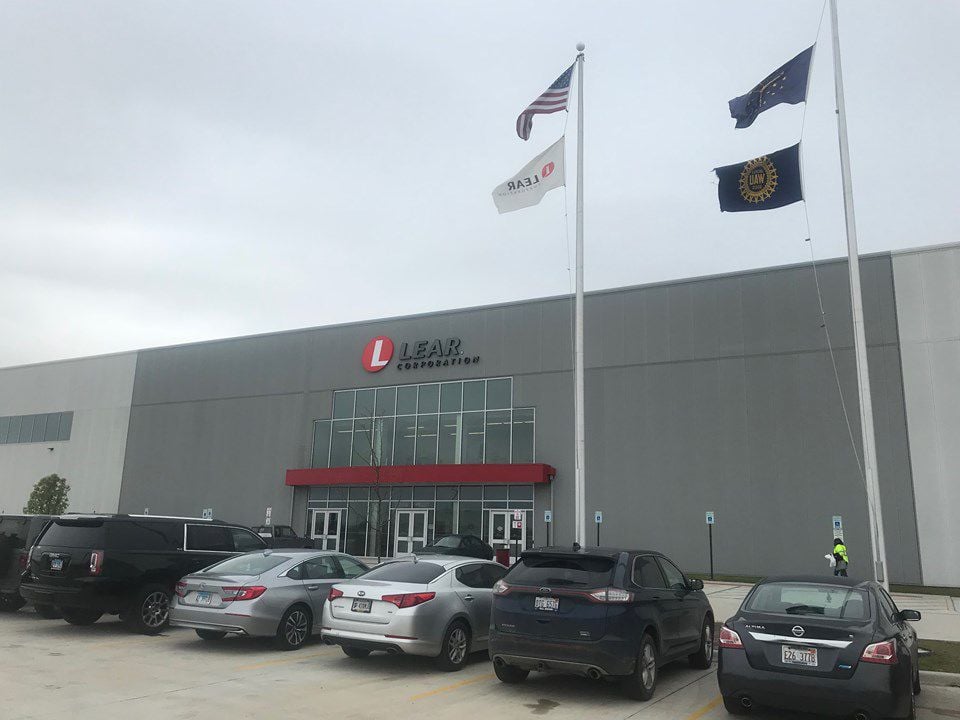 Lear Corp. has moved to its new, $30 million factory in Hammond, where it employs about 875 workers. 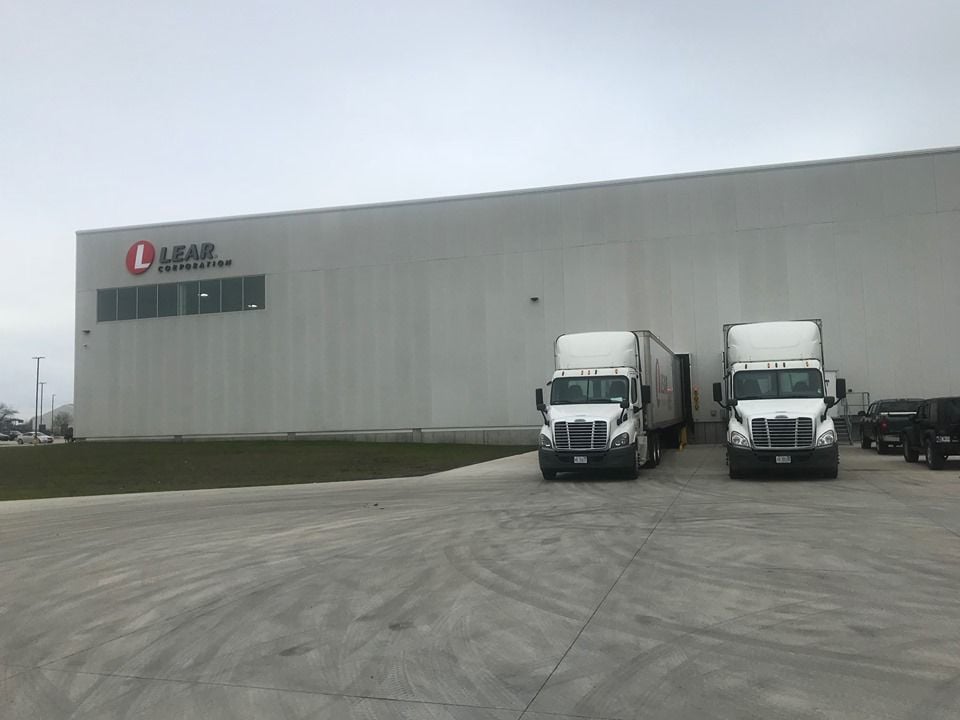 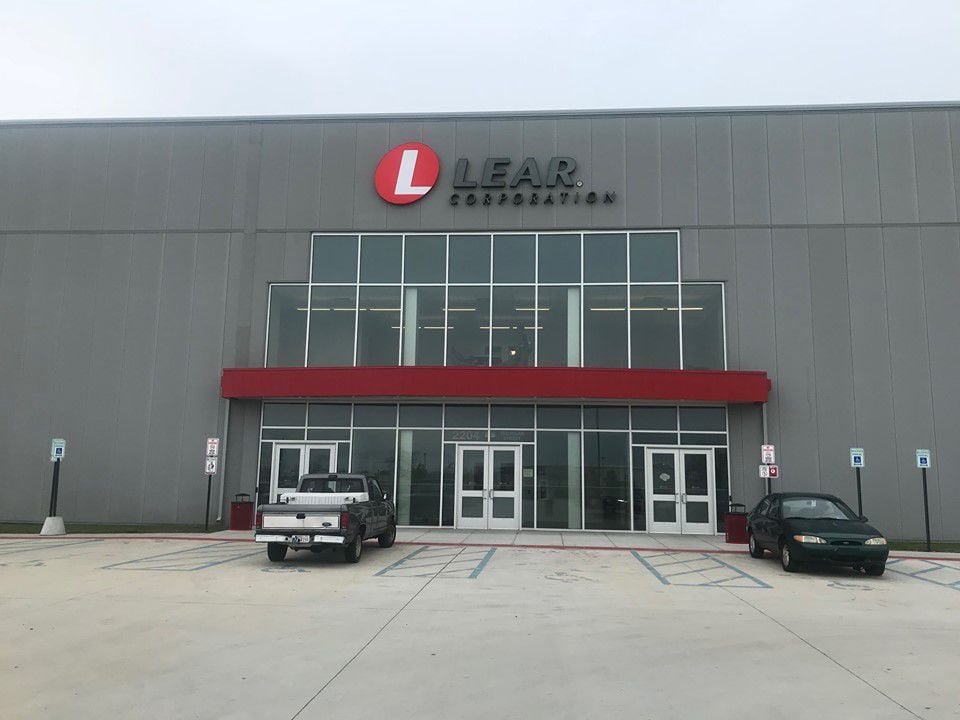 HAMMOND — Lear Corp. has moved its Northwest Indiana operations into a new $30 million seat manufacturing plant in Hammond that's more than twice as large as its previous factory in the city in north Lake County.

The Southfield, Michigan-based auto parts supplier has combined its Hammond and Portage plants in a new state-of-the-art, 240,000-square-foot plant at 2204 Michigan St. The 30-acre parcel is just south of the South Shore Line train station in East Chicago. It employs an estimated 875 workers.

"It's a huge facility. There are hundreds of cars in the parking lot," Hammond Mayor Thomas McDermott Jr. said. "They wanted to be under one roof and we were always worried they could leave Hammond. But we kept them here, and it means a lot of jobs for Hammond residents. We kept the 600 jobs, and got a couple hundred more."

Hammond offered the Tier 1 automotive supplier, which makes seats for the Ford Explorer and other vehicles manufactured at the nearby Chicago Assembly Plant in Hegewisch, about $4 million in tax breaks in exchange for the investment and staying in the city. McDermott said it was a priority to retain one of the Hammond's 10 largest employers.

"I didn't know what I would tell residents if a big corporation of that size left," McDermott said. "It's a lot of jobs. But our location by the Chicago Assembly Plant played into our hands. Portage has a lot more land for development but it's a longer commute. It was a good investment in keeping them. I won't have to worry about them leaving again for as long as I'm mayor. With an investment like that, they're not going anywhere for 20 years."

Lear opened its seat factory in Hammond in 1994 and eventually outgrew its 112,000-square-foot facility on 165th Street during a boom period when the Explorer was smashing sales records. In 2015, it moved about 300 workers doing subassembly work 20 miles east to the AmeriPlex at the Port business park in Portage.

Now all of the workers, who are represented by United Auto Workers Local 2335, will make seats under the same roof. They're now making seats for 2020 model-year vehicles, such as the new Explorer SUV that's expected to hit dealership lots this summer.

Ford is laying off 7,000 workers worldwide, but its Calumet Region operations appear to have been largely spared from the blood-letting.

Northwest Indiana landed the state's second Jaguar Land Rover dealership, the only one between Indianapolis and Grand Rapids and between Chica…

When you toss that empty bottle of water or pop into the recycling bin, there's a chance it may end up in a vehicle on the road.

Phillips Chevrolet honored as a J.D. Power Dealership of Excellence

Phillips Chevrolet, an automotive dealership group with locations in Lansing, Frankfort and Bradley, Illinois, was named a J.D. Power Dealersh…

Ford names banker to board of directors

Ford has named KeyCorp Chairwoman and CEO Beth Mooney to its board of directors.

UAW says concessions must stop as contract talks kick off

The United Auto Workers and Ford have kicked off negotiations for a new contract that would affect 55,461 workers, including 5,900 employees a…

Ford is expanding its workforce again at the Chicago Assembly Plant on the banks of the Calumet River, just across the state line in Hegewisch…

Lear Corp. broke ground Wednesday on a new $30 million SUV seat manufacturing plant that will employ about 875 workers in Hammond.

Auto parts supplier Lear Corp., one of Hammond's largest employers, is planning a massive investment in a new factory on the city's north side.

Northwest Indiana’s largest automotive parts supplier is looking at opening a new plant where it would consolidate its local operations.

Sales of the Calumet Region-made Ford Explorer fell by 1.5% in the first quarter of this year.

An unidentified Illinois company is poised to move into Lear Corp.'s 25-year-old factory building on 165th Street in Hammond this summer after…

Region's industrial workers getting raises is 'shot in the arm' for local economy, professor says

The Region's industrial workers are getting raises for the first time in years.

Midland Metal Products brings 135 jobs in relocation from Chicago to Hammond, is hiring

Midland Metal Products, a Chicago manufacturer founded 95 years ago, has taken over the former Lear seat factory on 165th Street in Hammond.

Region residents have some of the longest commutes in the state

Region residents, about a 10th of whom commute to out-of-state jobs in Chicago, have some of the longest commutes in the state of Indiana.

Hammond plans to have a ribbon-cutting ceremony next week for Midland Metal Products, an Illinois transplant that took over the former Lear Co…

After 98 years in Chicago, Midland Metal Products moves to Hammond without 'looking back'

An immigrant from Czechoslovakia came to the United States and founded Midland Metal Products at 700 S. Wabash Ave. in Chicago in 1921.

Southlake Auto Mall on U.S. 30 has been raising money for breast cancer survivors this month.

Lear Corp. has moved to its new, $30 million factory in Hammond, where it employs about 875 workers.