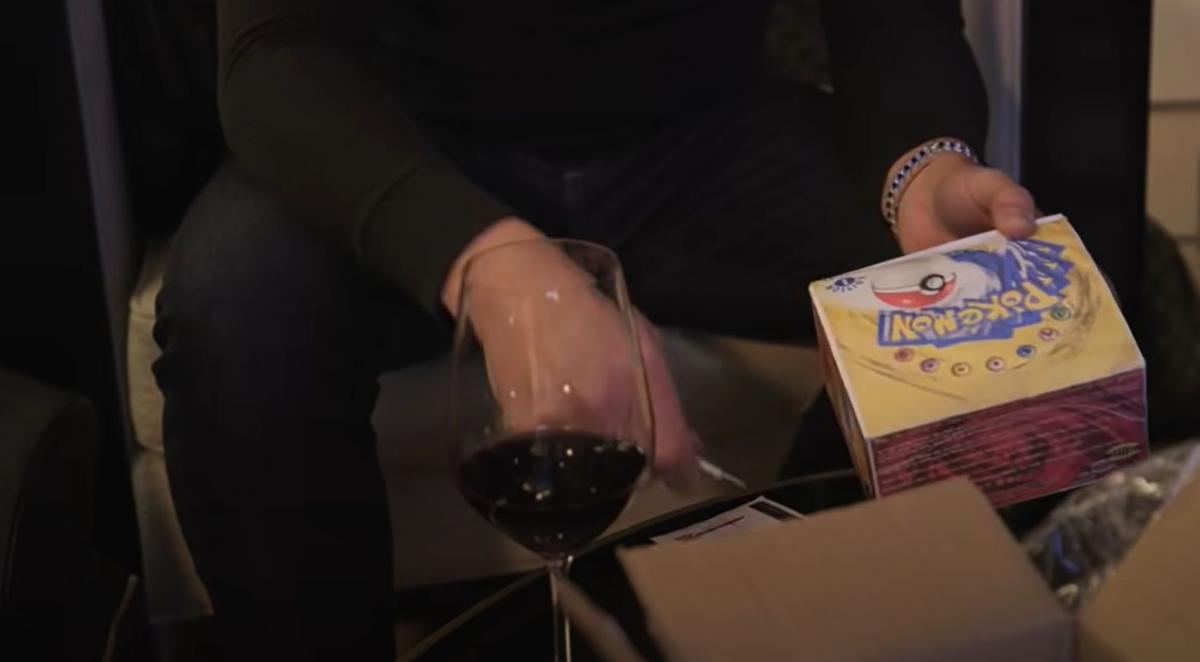 Logan Paul posted a video unboxing a rare $3.5 million set of Pokémon cards that turned out to be fake. 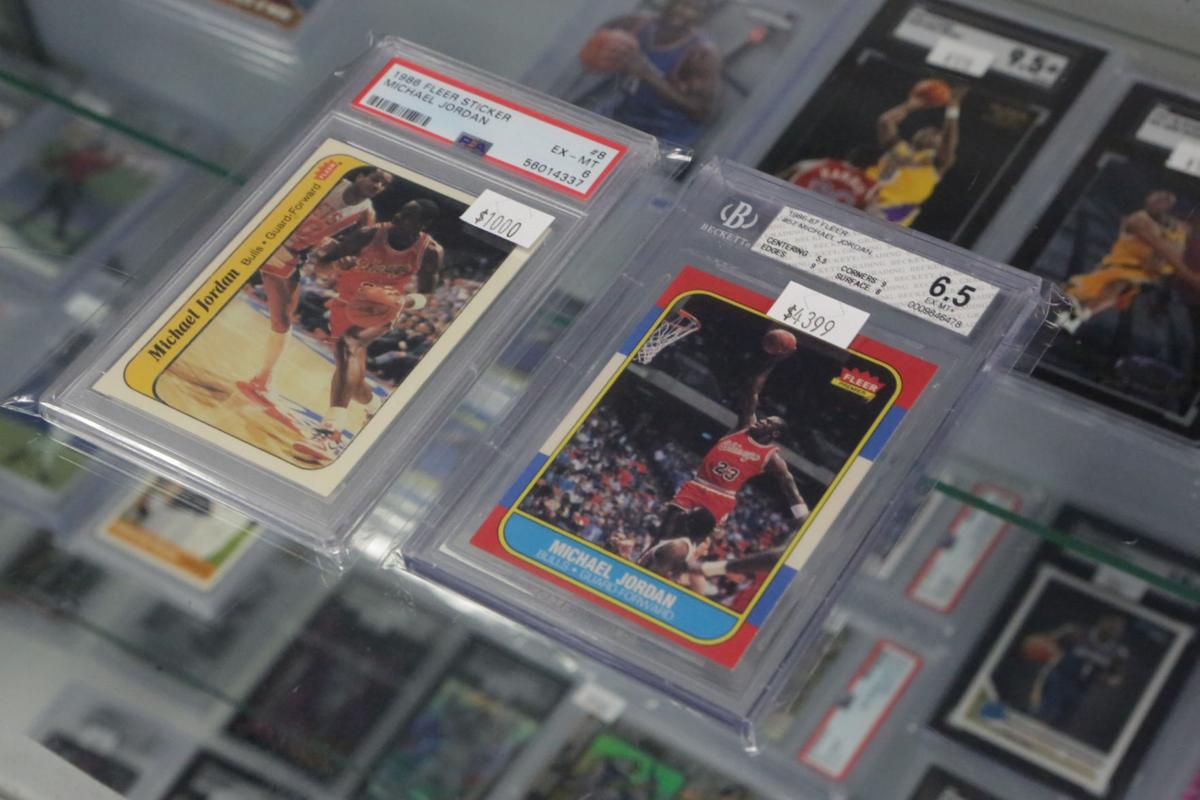 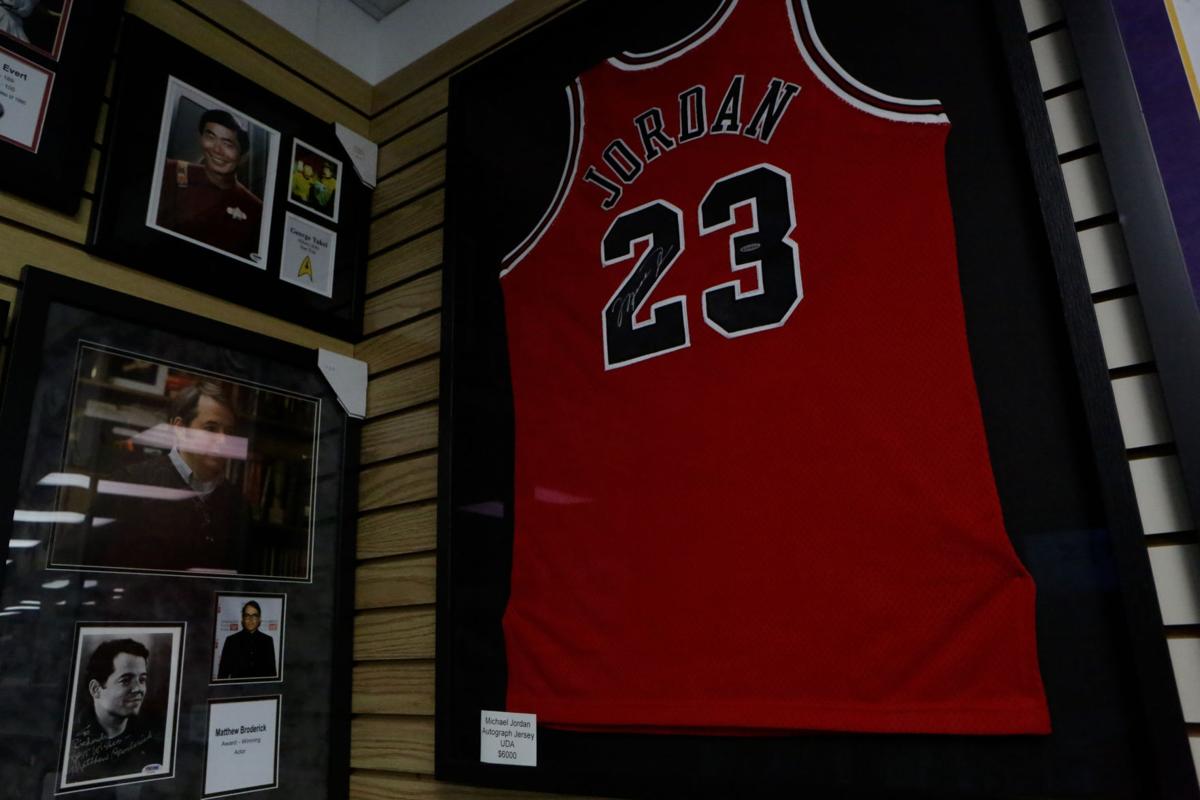 A Bulls jersey signed by Michael Jordan hangs on the wall of the Baseball Card Exchange in Schererville. The jersey is priced at $6,000. 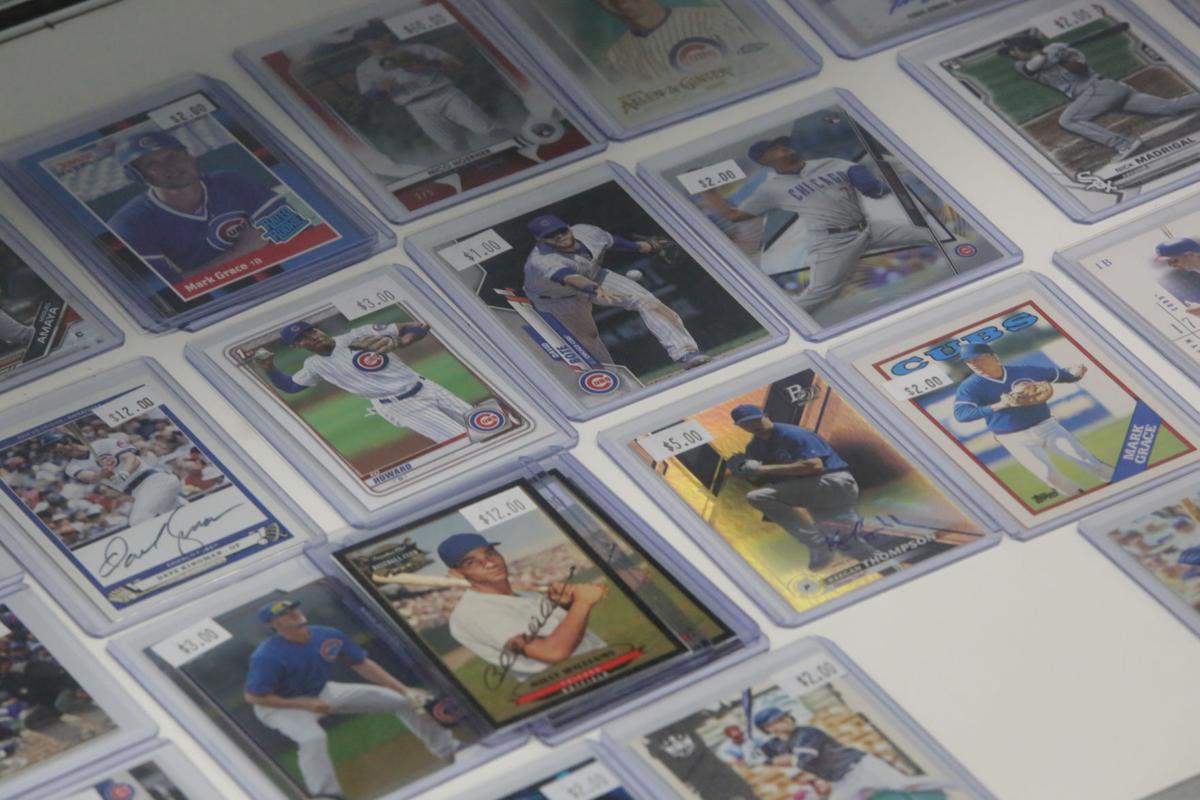 Baseball cards line the display case at the Baseball Card Exchange in Schererville on Dec. 28, 2021. 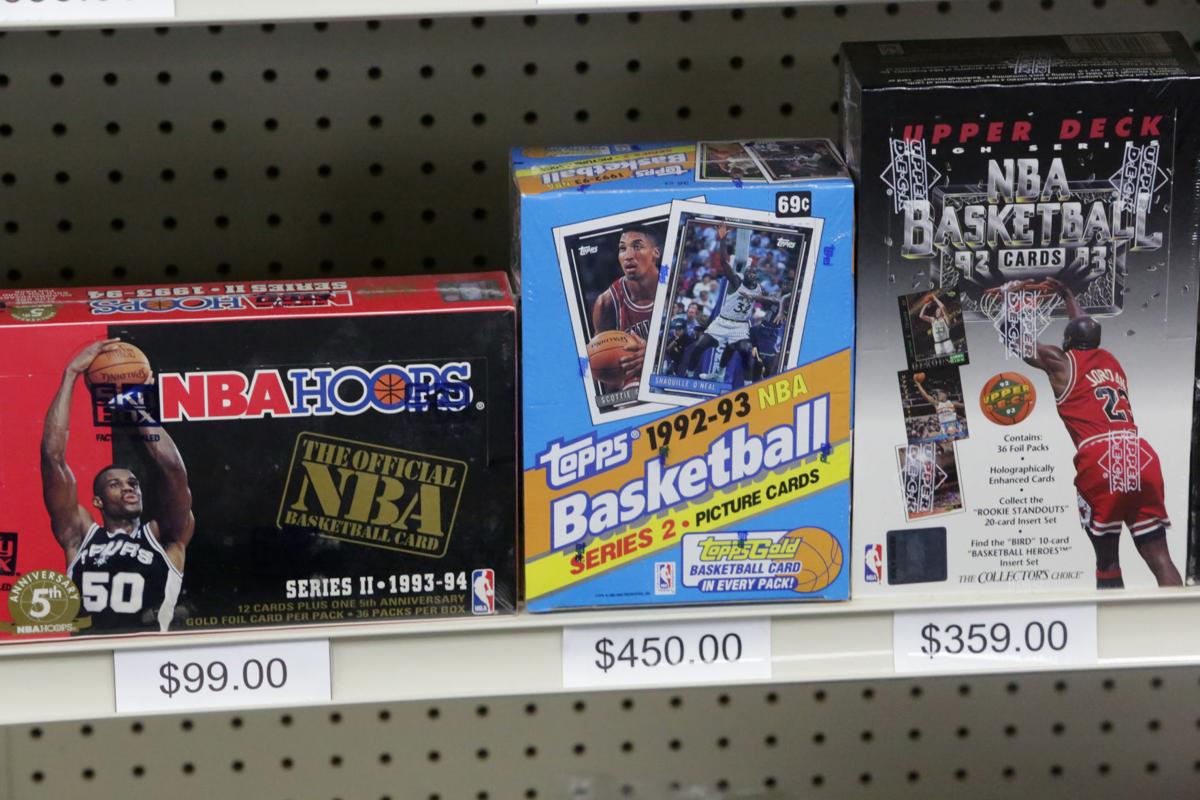 Unopened boxes of basketball cards start at prices of $99 at the Baseball Card Exchange.

Famous YouTuber and internet celebrity Logan Paul dropped $3.5 million on a rare set of Pokémon cards that were authenticated by Schererville's Baseball Card Exchange only to find out they were faked in what was described as "the biggest fraud in the entire history of Pokemon."

Last month, Paul spent a record amount on rare sealed first-edition Pokémon cards, which he tweeted about to his 6.2 million followers on Twitter. Baseball Card Exchange at 2412 U.S. 41 in Schererville authenticated the case as being real and untampered with but then internet sleuths and Pokémon card experts started to question the authenticity online.

Concerned about his investment, Paul flew to Chicago to meet with Baseball Card Exchange owner Steve Hart and other BBCE representatives in a downtown hotel to verify the validity of the box, as he shows in a video broadcast to his more than 23.2 million followers on YouTube.

Hart got the case in March of last year. He checked the outside and found the seal and tape had been aged onto the box. Lines of the cardboard were embedded in the seal from age.

But when they opened the case on the video the Pokémon card boxes appeared unusually puffy and didn't say first edition. One box was even filled with G.I. Joe trading cards.

"It's so sad for all parties involved," Paul said in the video. "It's sad for the Pokémon community, like how many fraudulent things are out there. I'm grateful for the things I have that are real now."

Hart said he met with Logan and other Pokémon people in Chicago to open the case.

"I have probably done 100,000 boxes before this and probably 500,000 packs for (the trading card authentication service) PSA," he said. "I'm the one who authenticated packs for PSA too. This is a first like this."

He's run the baseball card and sports memorabilia store in Schererville since 1990. It specializes in vintage unopened inventory.

"This has never happened to us before. I still don’t know how the counterfeiter did it," Hart said. "But for obvious reasons, I really can't speak about it now."

Such cases of fraud often occur in the art world, as well as with wine and other high-end collector's items, and can be extremely difficult to detect.

"This is an issue with all collectible markets," Hart said.

Hart said he had been "getting a lot of flack" since Paul's Pokémon trading cards were revealed to be phony. The company even trended on Twitter Thursday.

"This weighs on me very heavily," he said. "I'm my own worst critic and this is tough."

Shelves bare amid another surge in pandemic-related shortages

At least a few shelves have been empty or picked nearly clean at supermarkets and pharmacies across Northwest Indiana in the latest surge in pandemic shortages.

U.S. Steel to blow up long-abandoned stacks at Gary Works

"If you want to get hired here, now's the time."

Old World Market has brought world to Valparaiso for decades

More people moving to Indiana than moving away, largely because of family or jobs

About 50.1% of state-to-state moves involving Indiana were inbound, while about 49.9% were outbound, according to the United Van Lines' 45th annual National Movers Study.

The Lansing Walmart will remain temporarily closed for the foreseeable future someone set fires there this weekend.

Daniel Vicari was appointed executive director of the airport Wednesday.

Morgan Li is investing $2 million in upgrades and may add as many as 40 jobs there by year's end.

Logan Paul posted a video unboxing a rare $3.5 million set of Pokémon cards that turned out to be fake. 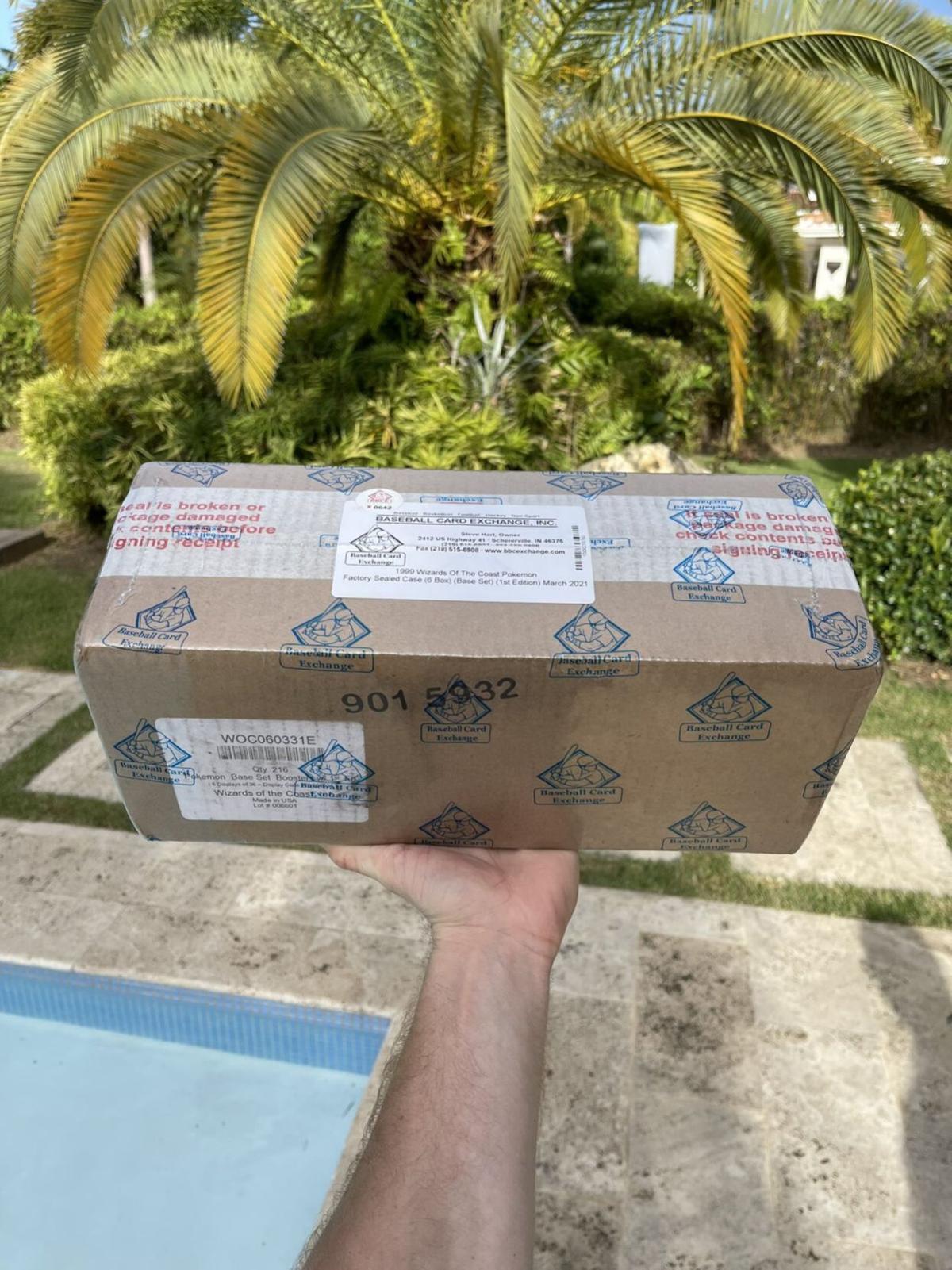 Internet celebrity Logan Paul shows Pokémon cards he bought that were authenticated by Baseball Card Exchange in Schererville that turned out to be fake.

A Bulls jersey signed by Michael Jordan hangs on the wall of the Baseball Card Exchange in Schererville. The jersey is priced at $6,000.

Baseball cards line the display case at the Baseball Card Exchange in Schererville on Dec. 28, 2021.

Unopened boxes of basketball cards start at prices of $99 at the Baseball Card Exchange.