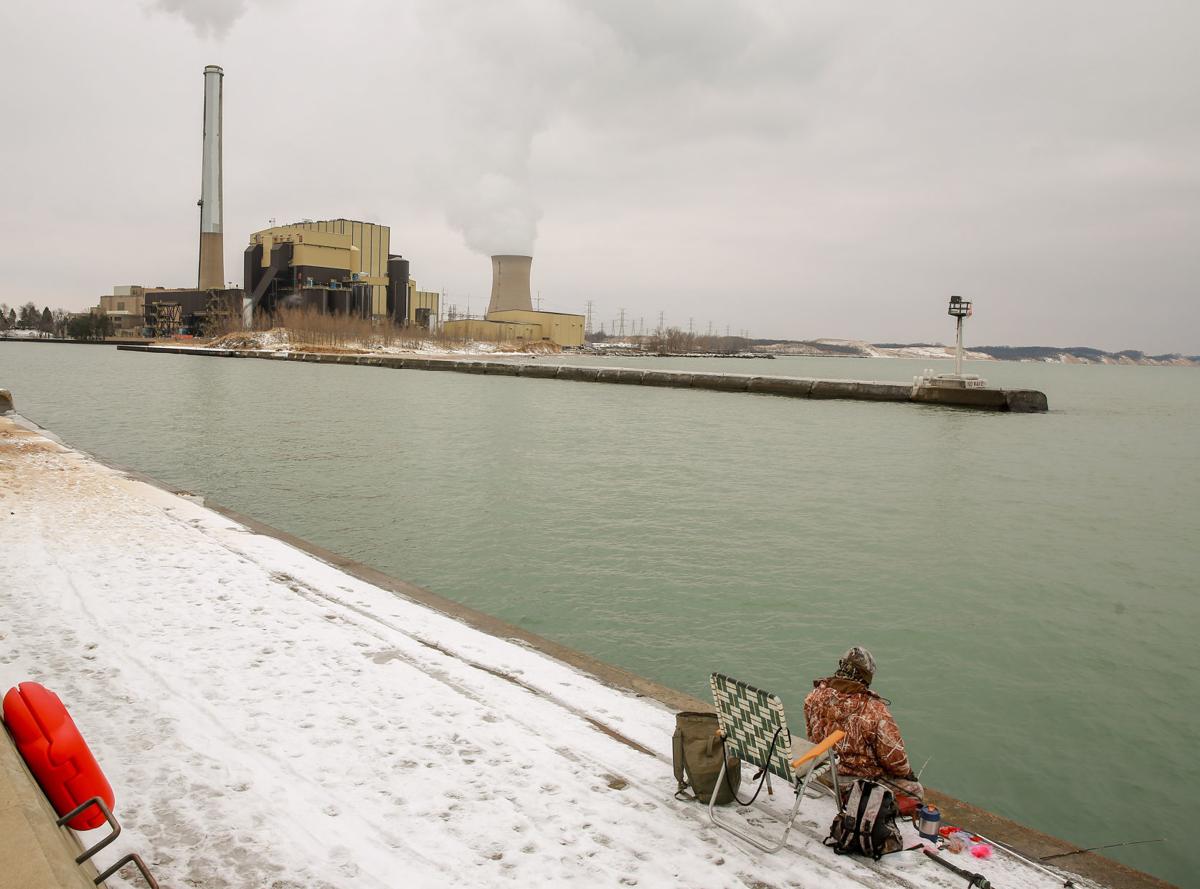 Michigan City wants to open property up for public access if NIPSCO decommissions its power station as planned. The station is pictured from lighthouse pier. 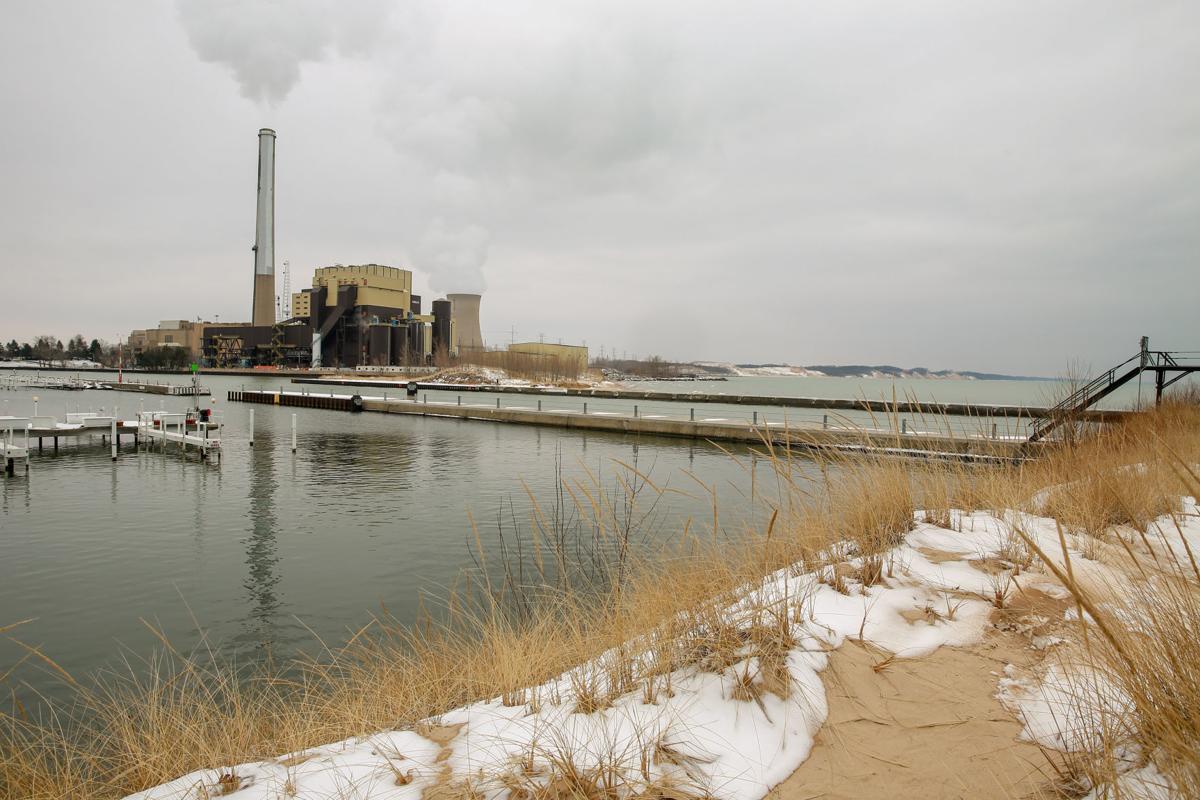 Michigan City wants to open property up for public access if NIPSCO decommissions its power station as planned. The station is pictured from the Washington Park Marina. 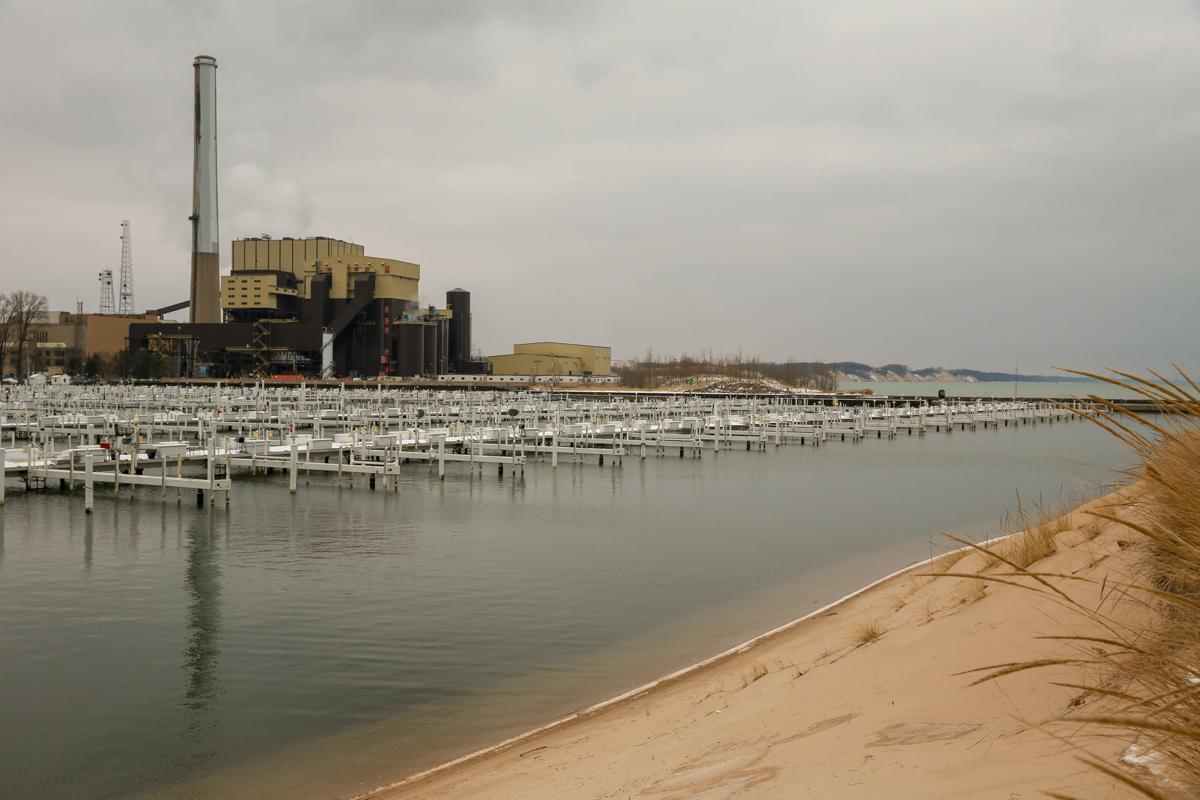 NIPSCO intends to decommission its Michigan City generating plant within a decade as it shifts to renewable energy sources.

In the late 19th century, Indiana's most popular landmark was the Hoosier Slide, a massive sand dune that towered 200 feet above the Michigan City lakefront.

Tourists visited from Chicago and elsewhere to ascend the giant dune that was covered in clump grass and scrub trees, and whose crest offered a panoramic view of the Lake Michigan shoreline. As the name suggests, thrill-seekers used it as a slide, tumbling down to the beach.

But industrialists mined the Hoosier Slide and melted the sand down to make glass, including for Ball canning jars. The breathtaking natural feature was completely gone from the landscape in 1925, when NIPSCO purchased the land to build its Michigan City Generating Station.

The gas- and coal-fired power plant has since become a landmark of its own, since its huge hyperboloid cooling tower makes it look like a nuclear power plant straight out of "The Simpsons."

NIPSCO now plans to decommission the Michigan City Generating Station by 2028 as it switches from coal to more environmentally friendly sources of power such as wind and solar.
Michigan City Mayor Ron Meer said the plant's planned decommissioning presents an opportunity to restore public access to a stretch of lakefront that was once the state's top tourist attraction, potentially drawing more visitors to its shoreline.

NIPSCO and Michigan City have started to discuss what will become of the property when the Merrillville-based utility retires its coal-fired electricity fleet.

"We recognize there is considerable interest in the future of the site as well as its tremendous potential to benefit the local community and economy," NIPSCO spokesman Nick Meyer said. "With the expected closure being 10 years out, a specific vision has not been outlined. Involving the city and other stakeholders will be an essential part of any future planning efforts."

Meer said the city is excited about the prospect of freeing up a mile of lakefront between Washington Park and Mount Baldy Beach in the Indiana Dunes National Lakeshore.

"There's so much potentially opening that window to Lake Michigan," he said. "We've had preliminary meetings with NIPSCO about demolition, remediation and cleanup of that property when that power plant is shut down in 2028. We can free up a mile of lakefront."

Northwest Indiana's Marquette Plan calls for reclaiming Lake Michigan shoreline for the public when industry disappears. The plan originally advanced by U.S. Rep. Pete Visclosky led, for instance, to the development of the Portage Lakefront Park and Riverwalk on a 60-acre brownfield site that had been a dump operated by the former National Steel.

Meer said it is too early to determine exactly what Michigan City would do if it were able to obtain the Michigan City Generating Station land, such as if a boat launch could be added or if it would be possible to ship in sand and recreate a beach. But a top priority would be to develop a trail so that people could walk along the stretch and enjoy the views.

"When we free it up from buildings and coal ash, the possibilities are endless," Meer said. "One of the main components would be a walkway along the access that would link the harbor to Mount Baldy. Future generations of our residents should be able to walk that mile to the National Lakeshore."

Michigan City will have to work with the U.S. Environmental Protection Agency to work out logistical issues like erosion and if any limitations to the site would restrict access to the lake. But the hope is that additional shoreline could help boost tourism and draw more people to town and other Michigan City destinations, like the Lighthouse Place Premium Outlets, the Uptown Arts District and the Blue Chip Casino, Hotel and Spa.

"It could be a nice promenade," he said. "What's important is the vistas and the views."

Michigan City Generating Station has long been a local landmark but it's been blocking the view that's one of the city's top assets, Meer said.

"It's been an industrial factory with a cooling tower since I was a child," he said. "But I don't think I would miss it."

Dr. John Meyer wrote in his memoir of the "ever-shifting spectacle" Lake Michigan offered his family in their Beverly Shores home.

The newly minted Indiana Dunes National Park plans to host an Art in the Park program and a Migration Birding Hike this weekend.

If you missed a chance to set sail on a Lake Michigan sunset cruise out of Michigan City last summer, Harbor Country Adventures is bringing it…

NIPSCO has a tentative plan to retire its entire coal-fired electricity generation fleet in the next decade, with the majority of its coal-fir…

NIPSCO submits blueprint for shift from coal to renewables

NIPSCO sent its new strategy for electricity generation and transmission to the Indiana Utility Regulatory Commission on Wednesday, formally s…

Rural Indiana has been struggling even as cities and suburbs thrive.

Michigan City wants to open property up for public access if NIPSCO decommissions its power station as planned. The station is pictured from lighthouse pier.

Michigan City wants to open property up for public access if NIPSCO decommissions its power station as planned. The station is pictured from the Washington Park Marina.

NIPSCO intends to decommission its Michigan City generating plant within a decade as it shifts to renewable energy sources.