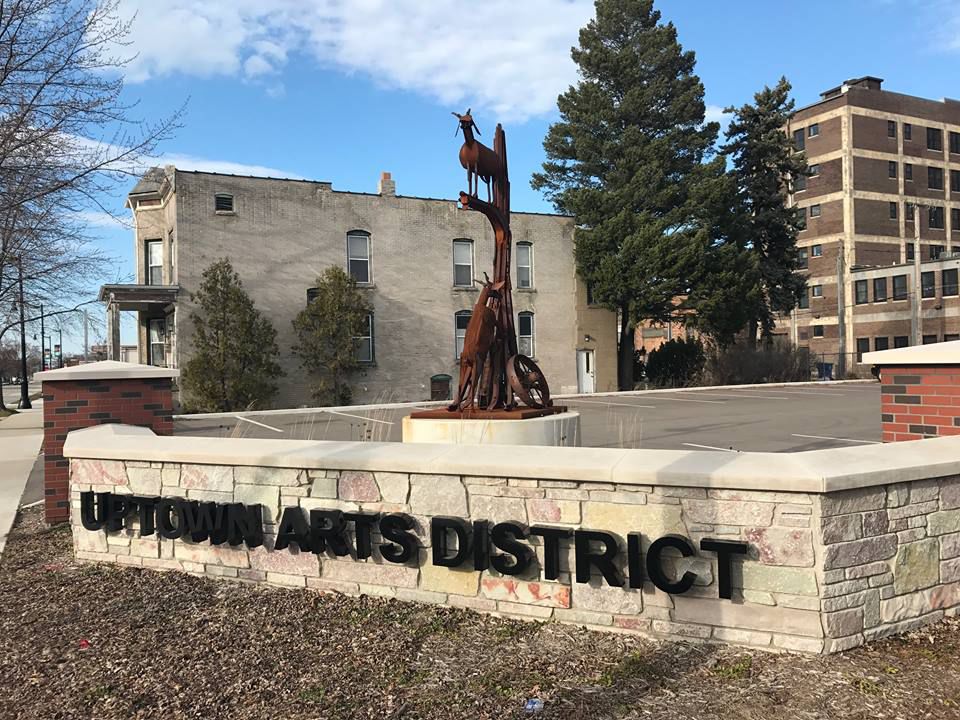 Michigan City's Uptown Arts District is included in one of the city's opportunity zones, federally designated areas where investors can receive tax breaks. 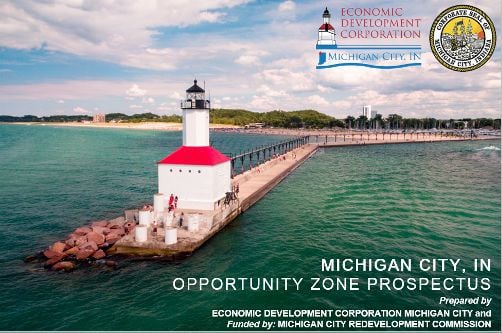 The cover of the newly released prospectus for Michigan City's Opportunity Zones.

The prospectus identifies potential opportunities for business investments that would result in federal income tax benefits under the federal opportunity zone program created by the Tax Reform and Jobs Act of 2018. The program offers incentives to encourage private-sector investment in distressed communities, including capital gains tax reductions and a 100% exemption on taxes on investments in opportunity zones for at least a decade.

"Michigan City has many great assets. The opportunity zone prospectus invites potential investors and developers with the chance to see the wonderful characteristics that our city possesses, currently and prospectively,” EDCMC Executive Director Clarence Hulse said.

The prospectus seeks to "communicate competitive advantages, trigger local partnerships and identify sound projects that are ready for the public, private and civic capital." It also highlights amenities in the lakefront city and progress it has made in recent years.

"Michigan City, located in beautiful LaPorte County, is both a recreational paradise and a hub of innovation for manufacturers and artisans," Mayor Ron Meer wrote in the foreword to the prospectus. "Michigan City is now 'the gateway city' to the newest national park, Indiana Dunes National Park. We are LaPorte County’s commercial capital and a city with endless potential for business and economic growth; you will find no better place to live and be inspired."

"These tools will give developers and investors confidence that the area is ripe for investment and their capital is being placed in growing companies and a diverse population," Meer wrote in the foreword. "The City of Michigan City will support all projects that improve the quality of life for our residents. As we display our zone opportunities, we hope that investors will not only invest in a property but also in the people of Michigan City."

More than 50 small businesses will participate in an artisan market at the LaPorte Civic Auditorium Saturday.

CBD plant to open in Michigan City, hire more than 50

A Colorado processor of industrial hemp plans to open one of Indiana's first factories to produce cannabidiol, the CBD that's being sold acros…

Michigan City has annexed 426 acres of land near U.S. 20 and Interstate 94 in northwest LaPorte County to prepare it for future economic development.

UPDATE: U.S. Steel announces $750 million investment in renaissance of Gary Works; nearly $1B of investments announced in Region in past 2 days

U.S. Steel announced at least $750 million in investment in Gary Works in what's being hailed as a "renaissance" for the mill.

Gary, Hammond and greater Northwest Indiana were among the 218 communities eliminated from the running for a second Amazon headquarters that w…

Manufacturing and insurance are among the fastest-growing industries for new business formation in Indiana, according to a new study.

Michigan City now has a plan for prosperity to guide it through the next five years.

Indiana businesses can apply for grants to export to global markets

Indiana businesses can apply for funding to reach international markets.

MICHIGAN CITY — New owners pumped $1.5 million into the landmark Golden Sands Motel, which has been rebranded as 4411 Inn & Suites.

Michigan City's Uptown Arts District is included in one of the city's opportunity zones, federally designated areas where investors can receive tax breaks.

The cover of the newly released prospectus for Michigan City's Opportunity Zones.