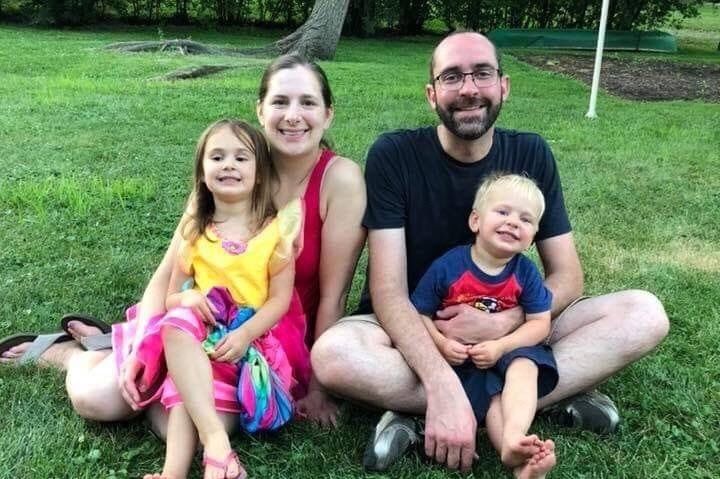 Gary Works manager Adam Janssen, seen in a family photo with his wife and children, died last week after being found unresponsive in his office at the steel mill. 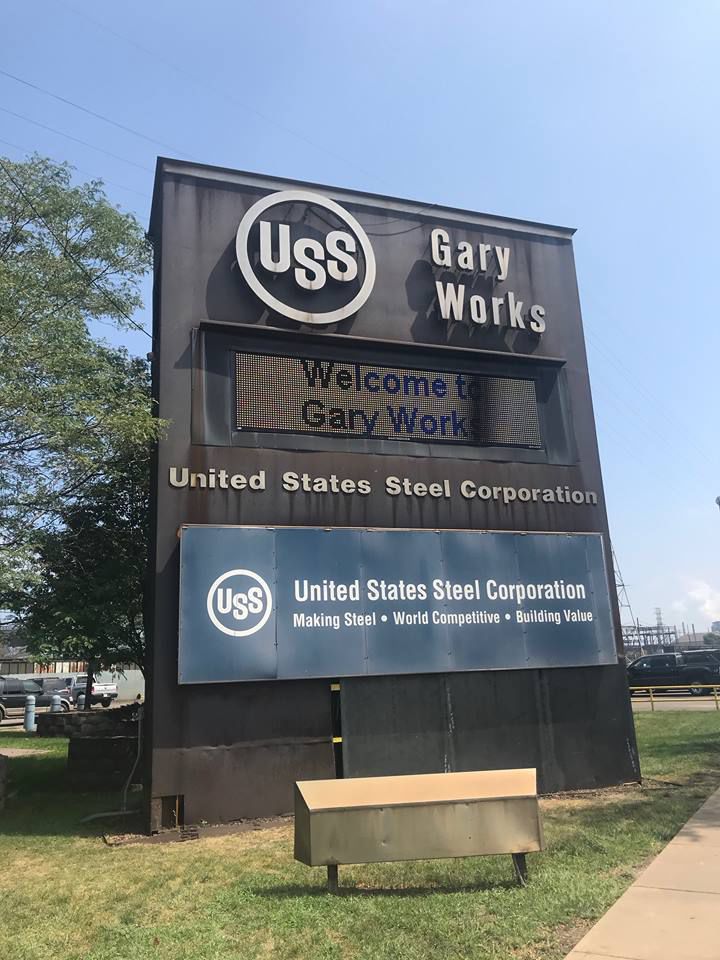 U.S. Steel's Gary Works entrance. A manager at the steel mill died after he was found unresponsive in his office over the weekend.

A manager who was described by colleagues as well liked abruptly died after being found unresponsive in his office at the Gary Works steel mill in downtown Gary last week.

South suburban Illinois resident Adam Janssen, a 37-year-old husband and father of two, died Friday, according to Lake County Coroner Merrilee Frey. An autopsy was performed, but the final cause and manner of death is still pending.

"Last week, a U.S. Steel employee was found unresponsive in an office at our Gary Works facility," U.S. Steel spokeswoman Meagan Cox said. "The employee was immediately taken to a local medical facility, where efforts to revive him were unsuccessful. We have contacted the deceased's family and activated our Employee Assistance Program to offer resources to his family and his co-workers. We offer our deepest condolences to the family, friends and co-workers of our deceased colleague."

A representative with the Indiana Department of Labor said there was no state investigation because "the incident was not a workplace-safety matter."

Janssen lived in the unincorporated community of LaGrange Highlands in Cook County. He left behind his wife, Kellie, and their young children, Emma and Jacob.

He was a graduate of Bradley University.

"Adam was one of the smartest people I know, he scored a nearly perfect ACT score," his brother Derrick Janssen said in his eulogy. "Adam was humble and never bragged about his ACT score or made it clear that he was the smartest person in the room, despite the fact that he usually was... He had grown used to just walking into a classroom and acing every test without the work."

The union and company did a gate collection for his family at Gary Works earlier this week, and a GoFundMe has raised more than $19,000 so far for the future college education of his children.

To help, send donations to the Janssen family, care of United Steelworkers Local 1014, 1301 Texas St. Gary, IN 46402 or search for Adam Janssen Memorial on GoFundMe.com.

It was an event more than a century in the making.

Heavily industrialized Northwest Indiana may remain a relatively dangerous place to work, with injuries at steel mills and fatalities includin…

"The original outlaw" David Allen Coe will perform a concert in Highland next month.

Gary Works manager Adam Janssen, seen in a family photo with his wife and children, died last week after being found unresponsive in his office at the steel mill.

U.S. Steel's Gary Works entrance. A manager at the steel mill died after he was found unresponsive in his office over the weekend.