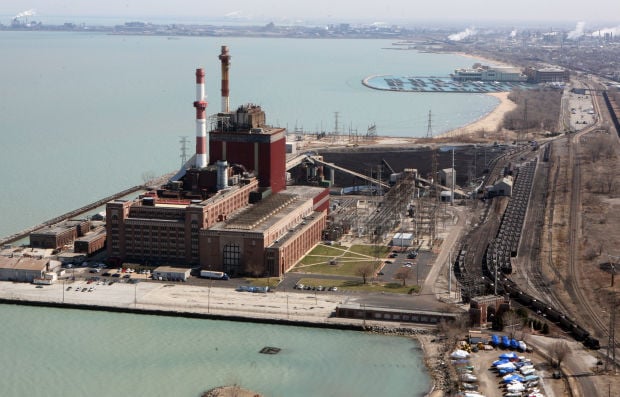 The new owner of the shuttered State Line Energy plant in Hammond says he is not planning an industrial use for the lakefront site and is instead picturing boats, homes and bike paths. 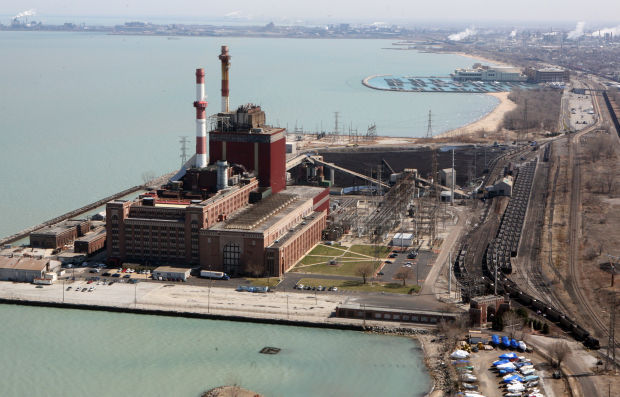 The exact impact of the Environment Protection Agency's proposed rule is unclear. Coal-fired plants such as the State Line Generating Plant in Hammond, shown here, have already been closing in recent years.

The new owner of the shuttered State Line Energy plant in Hammond says he is not planning another industrial use for the lakefront site, but picturing boats, homes and bike paths.

Beemsterboer Slag Corp. and Sam Townline Development Inc. owner Alan Beemsterboer said he is considering a project that would help create a livable Lake Michigan shoreline the public can enjoy. He said in an email he envisioned a marina for pleasure boats, parkland and residences with lakefront views.

But, he stressed, the plans are preliminary.

Sam Townline Development Inc., a company registered to him and fellow Beemsterboer Slag Corp. owner Simon Beemsterboer, recently bought a 34-acre parcel of the 77-acre State Line Energy site at the border of Hammond and Chicago. They own the building and the western part of the site that abuts the state line, but not land where a massive coal heap used to be.

Beemsterboer said in the email they plan to move forward with existing plans to demolish the generating station building where workers burned coal for electricity for 83 years.

"Though it will take several years, we envision an expanded marina capable of handling larger pleasure boats," Beemsterboer said. "We expect to follow the Marquette Plan creating a park along the lakefront with walking trails and bike paths. We see residences with views along the lakefront and a community expanding south along the lakeshore."

The Marquette Plan is a regional strategy to recapture 75 percent of the lakeshore for public use, and transform Lake Michigan's shoreline from a belt of heavy industry to a place where people can live, work, play and stay.

"Industry has been fading out in this area and it is a perfect opportunity to increase the aesthetics of the lakefront and incorporate the beauty into a new concept of living with the lakefront instead of using it for industry," Beemsterboer said. "(Daniel) Burnham had the right idea."

Hammond Port Authority director Milan Kruszynski said Beemsterboer had not yet approached the authority about an addition to the marina or parkland along the shore, but said he would listen to plans.

"Being on Lake Michigan, it's always great to have more open space for recreation," he said. "It would be wonderful to sit down and chat and see what they want to do with their lakefront property. We'd be very amenable to the continuation of open space, but it's so early on right now."

Beemsterboer declined to go into specifics about any future uses of the land along Lake Michigan. He said any project would be years off; he just has some ideas.

"It will take at least two years for the demolition," he said. "Any details are just conceptual at this point."

He said he and Simon Beemsterboer had developed other successful properties and that Sam Townline Development owns other properties, but declined to elaborate.

Sam Townline Development was registered to do business in Illinois in May, and in Indiana in July, according to state records. The company bought 34 acres of the State Line Energy generating station site in August, according to the Lake County Recorder's Office. The business does not have a website or a phone listing.

Environmental groups have raised fears the former power plant site would be used for the storage of the oil refining byproduct petcoke. Beemsterboer Slag Corp. has recently come under legal fire for storing some along the Calumet River on Chicago's South Side. The BP Whiting Refinery will produce three times as much of the powdery substance a year once its modernization project is complete, and Beemsterboer Slag Corp. has been handling the petcoke.

Beemsterboer did not return messages to elaborate on the purchase or future plans.

His company owns the west side of the State Line Energy site, but not the east side. Texas-based BTU Solutions, which has been decommissioning the plant and cleaning up the land, still owns most of the property.

BTU Solutions did not return messages.

The contractor killed in a construction accident Friday at a NIPSCO substation in Cedar Lake has been identified.

'A Christmas Story' house up for sale

The Cleveland home where Ralphie battled that black-hearted scoundrel Black Bart is now for sale.

Cleveland-Cliffs donated $25,000 to Opportunity Enterprises for a new kayak launch.

Union president election: "They're tired of it. This is America but they're operating like it's a third-world country."

Harry Porterfield, who delivered the nightly news to Chicagoland for decades, sold the Miller Beach home that he's owned for more than a half-century.

The South Shore Line operator's Board of Trustees approved a $6 million contract Monday with the firm DLZ to do engineering work necessary to move the South Bend International Airport station from the airport terminal's east side to its west side.

Kroger-Albertsons merger would reshape grocery landscape across Region and Chicagoland

Two of the biggest grocery companies in the country, both of which operate supermarkets in Northwest Indiana, plan to merge in a deal that will shake up the grocery landscape.

Hammond native Bob Chapek ran the biggest and most beloved entertainment company on earth for just under three years at a transformative and challenging time in the company's history.

The new owner of the shuttered State Line Energy plant in Hammond says he is not planning an industrial use for the lakefront site and is instead picturing boats, homes and bike paths.

The exact impact of the Environment Protection Agency's proposed rule is unclear. Coal-fired plants such as the State Line Generating Plant in Hammond, shown here, have already been closing in recent years.