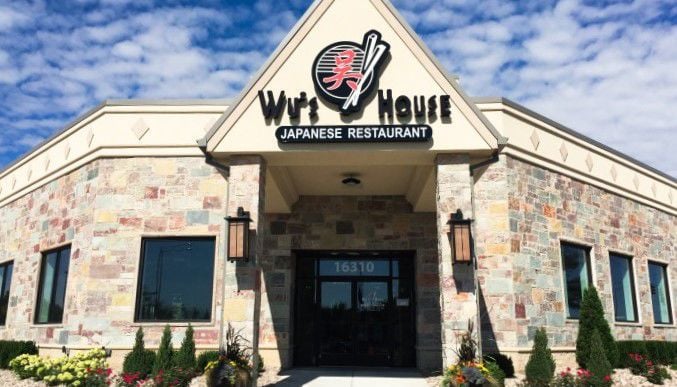 Wu's House, a Japanese steakhouse and sushi bar, is taking over the former Outback Steakhouse spot in Merrillville. 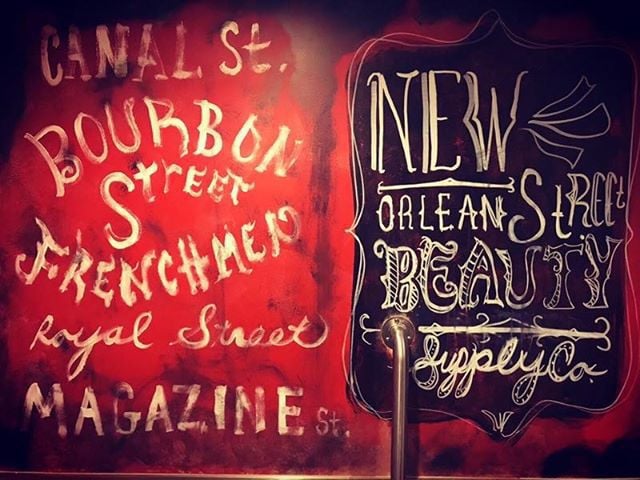 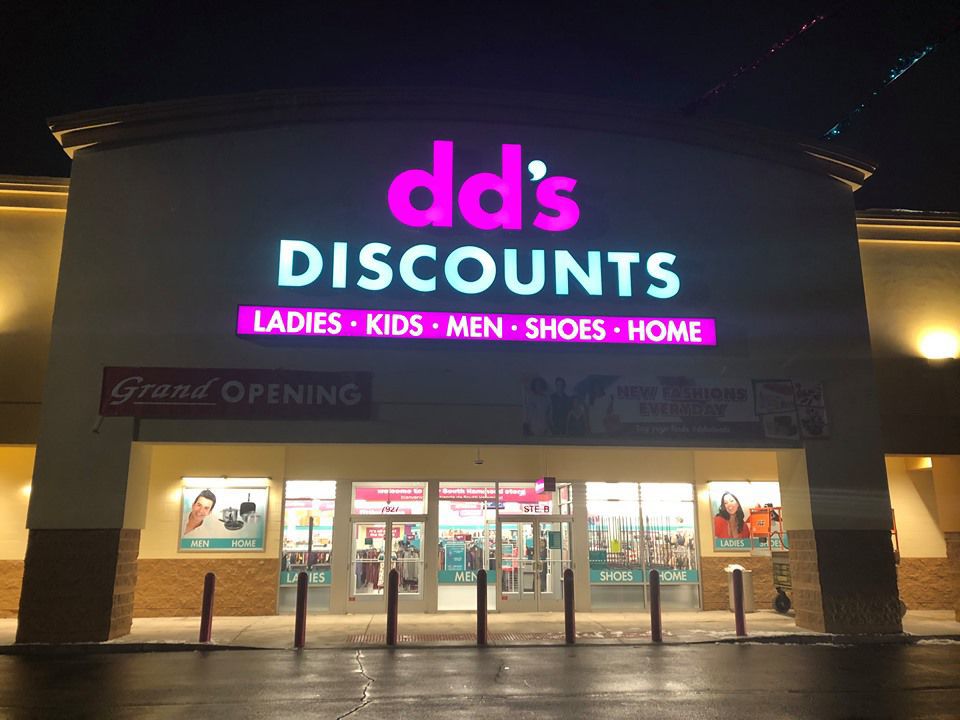 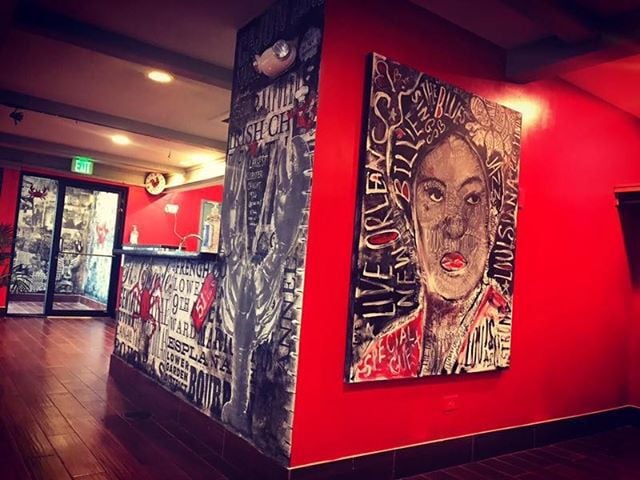 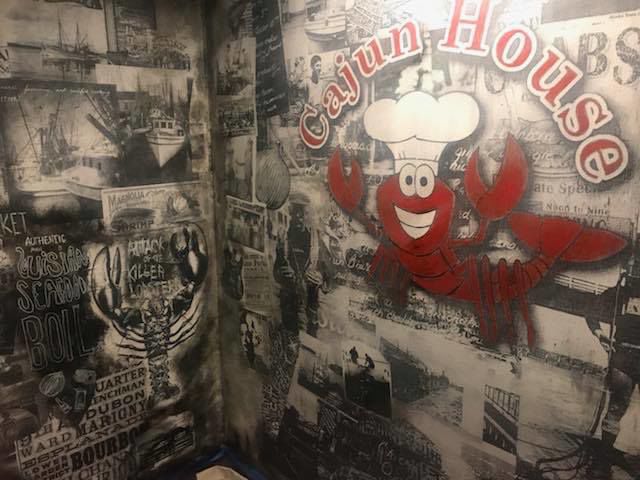 The bargain retailer dd's Discounts has come to Hammond, filling a long-vacant space at a heavily trafficked interchange on the Borman Expressway.

The California-based chain opened its 10th Chicagoland location at 7927 Indianapolis Blvd. in the Interstate Plaza across from Cabela's and a Super-Walmart. Ross Dress for Less and dd's Discounts are taking over the shuttered Kmart in the shopping center that had sat vacant for 15 years.

The dd's Discounts chain sells contemporary fashions for women, men and kids at what it says is a 20% to 70% discount compared to traditional retailers. The stores carry name brand apparel, accessories, shoes, luggage, toys and household items.

"The city of Hammond is thrilled to offer its residents another great retail option for clothes, shoes and home decor — all at great prices," Hammond Director of Economic Development Anne Anderson said. "dd’s Discounts is a perfect addition to this area of Hammond, right off 80/94, with Cabela’s, Walmart, Starbucks, Aldi, etc., drawing from Hammond as well as the suburbs south of the highway. And this development created 58 new jobs in Hammond."

Founded by the same parent company as Ross Dress for Less in 2004, dd's Discounts has a store at 470 River Oaks West in Calumet City. The Hammond location is its first in the state of Indiana.

It took over a space in a shopping center in a prime spot just north of the Highland border that has long sat mostly empty, save for an Aldi grocery store and a Planet Fitness gym. Developers had planned to redevelop the site into "mixed retail, dining and 12-screen cinema complex" that would have included a Burlington Coat Factory, but those plans stalled during the Great Recession and never came to fruition.

Wu’s House Steakhouse and Sushi Bar, a small chain with three south suburban Chicagoland locations, will open its first spot in Indiana at the former Outback restaurant space at 8117 Georgia St. in Merrillville.

Aaron McDermott and Brett McDermott of Schererville-based Latitude Commercial brokered a sale of the property to Wu's House, a family-owned chain with locations in Orland Park, Evergreen Park and Mokena. Wu's plans to remodel the existing building, add onto it, and expand the parking lot.

“This is an exciting addition to the Merrillville market," Brett McDermott said. "The full-service restaurant will be a great attraction and draw from all over the area. The buyer owns multiple restaurants throughout Illinois and this will be his first location in Northwest Indiana.”

The Lord taketh but also giveth, at least when it comes to New Orleans-style cuisine in Northwest Indiana.

Yats, an Indianapolis chain known for its cheap and rich chili cheese etouffee and other creole fare, just closed after a six-year run near Valparaiso University. But a new Cajun restaurant has come to fill the void in the Region.

They're boiled in a bag in a few minutes along with your choice of potatoes, corn on the cob, andouille sausage, and potentially broccoli in the future, since it's been requested so often. The seafood boils are traditionally eaten by hand and can come with sides of rice, pasta or Cajun fries.

Owner Tuan Duong, who's worked as a chef in South Carolina, said he saw an opportunity for a southern-style cuisine because there was nothing like it in the area. He said Cajun House offers an authentic Louisiana seafood dining experience like The Angry Crab or Low Country in Chicago.

"People in Northwest Indiana now have to go to Chicago for this type of seafood," he said. "We liked this location because it's really busy. There are a lot of people moving back and forth to all the shopping and the restaurants around here."

Cajun house seats 110 diners in a 5,000-square-foot space. It focuses on sit-down dining but will offer delivery through Uber Eats and Door Dash. It now employs five.

The restaurant also had gumbo and plans to add jambalaya, etouffee and other Cajun favorites after it bulks up its staff. It also will eventually offer wine and beer, including local craft beers.

Eventually, Duong would like to expand Cajun House to more locations.

The former World Gyms in Schererville and Cedar Lake remodeled and rebranded as Grit Fitness, fulfilling owner's Bo DePaoli's dream of having his own gym.

The Grit Fitness gym at 12937 Wicker Ave. in Cedar Lake underwent extensive renovations and plans to host a grand opening celebration on Feb. 11, when the gym will have a DJ and offer free classes all day from 8 a.m. to 6:30 p.m.

"Oh my gosh, we repainted and put in new flooring. It looks totally different," General Manager Tina Gellinger said. "It has an open concept on the main floor where you can just go from functional training to the machines."

The new Grit name reflects the gym's mentality, she said.

"We consider grit to mean resolve, strength of character, following through on your goals," she said.

Serving all levels, Grit Fitness also offers more than 20 classes, including yoga, Zumba and other cardio classes, as well as tanning.

People can sign up for monthly or annual membership at different tiers. The gym is open 24/7, offering cards members can swipe to get in after regular business hours.

Up Your Alley entertainment center opens soon in Schererville, Arby's is coming to Hobart, and Essential Nutrition expanding in Lowell.

Athens Pita opened in Munster, Oh Gee Donuts is coming to Chesterton, and Cat's Tale and Savory Spot in the Tri-Town closed. Oh yeah, and Amoco is back.

The longtime Tri-Town flooring and carpeting store Decor Tile plans to shutter next month after four decades in business.

Emilio's in Highland, Amici Grill and Pizzeria in Valpo, Harold's Chicken Shack in Griffith, Mediterranean Grapevine Cafe in Crown Point and Rapid Fired Pizza in Merrillville are all opening or recently opened.

"We want to bring something new to Northwest Indiana. It will be an upscale Mexican restaurant where you can try something different."

An illustrated poster will highlight landmarks in Schererville and be auctioned off to support local charities.

Dr. Jerry Rodenbarger of Valparaiso was honored with a Lifetime Achievement Award by the Indiana Veterinary Medical Association.

The Southlake Mall seeks artists to paint giant Easter Eggs as it decorates for the Easter season.

Ross Dress for Less opened its second Hammond location, in the old Kmart south of the Borman Expressway.

A pedestrian was killed in a motor vehicle accident on a busy road in Calumet City Monday afternoon.

Power failure blacks out Shops on Main in Schererville

A power failure blacked out Shops on Main in Schererville Monday evening.

Cal City man died after falling from, being run over by same vehicle, authorities say

A man found lying dead in a busy road in Calumet City Monday afternoon fell out of the vehicle and was run over, according to the Cook County medical examiner's office.

Aldi has rolled out curbidside grocery pickup across much of Northwest Indiana.

The restaurant shut down on Saturday and is expected to reopen Tuesday.

The restaurant in the Southlake Mall trade area is lavishly decorated with a gong, samurai swords, chandeliers and red cloth napkins folded neatly on plates at every table.

Wu's House, a Japanese steakhouse and sushi bar, is taking over the former Outback Steakhouse spot in Merrillville.