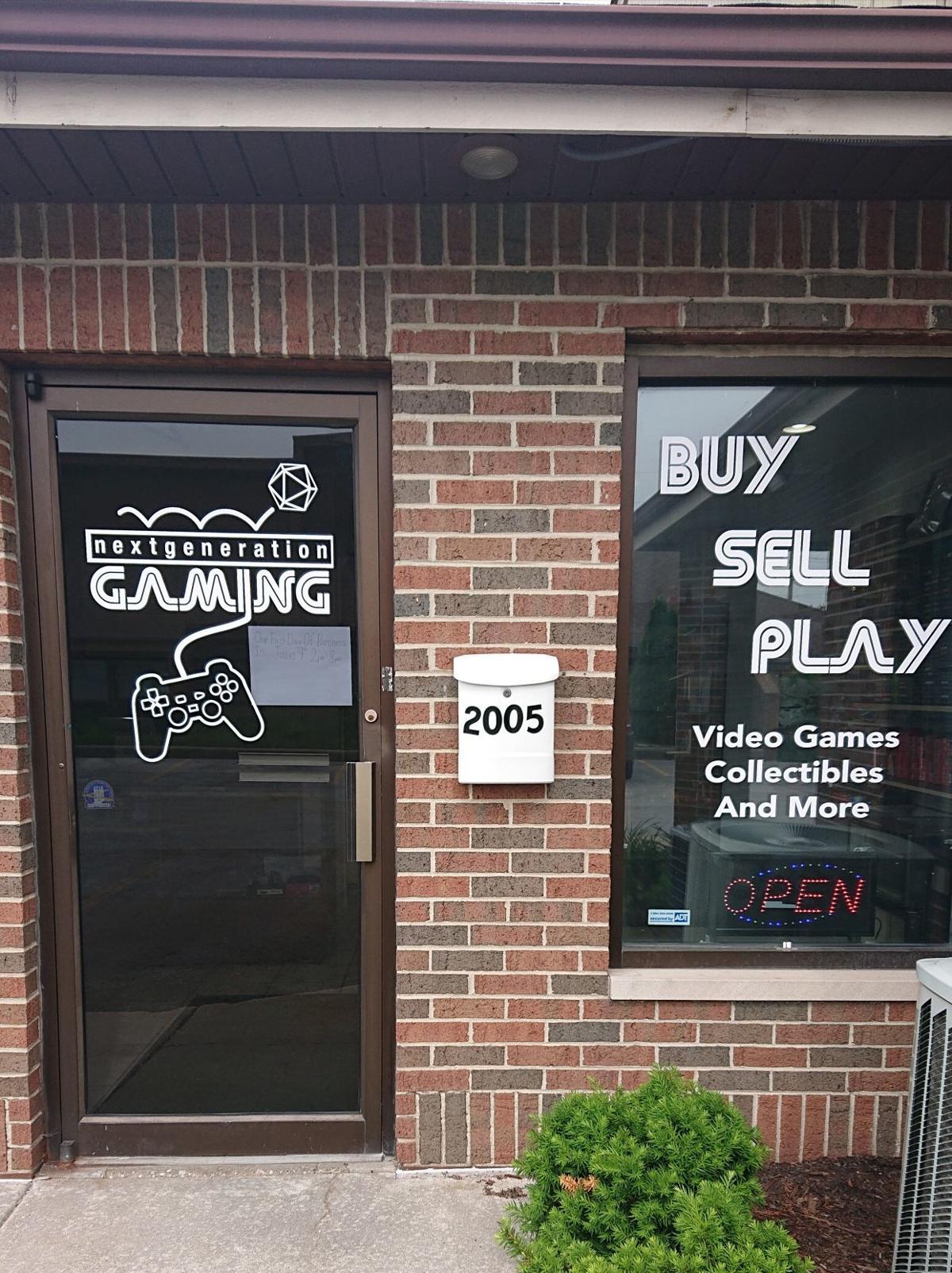 Next Generation Gaming has opened in Griffith. 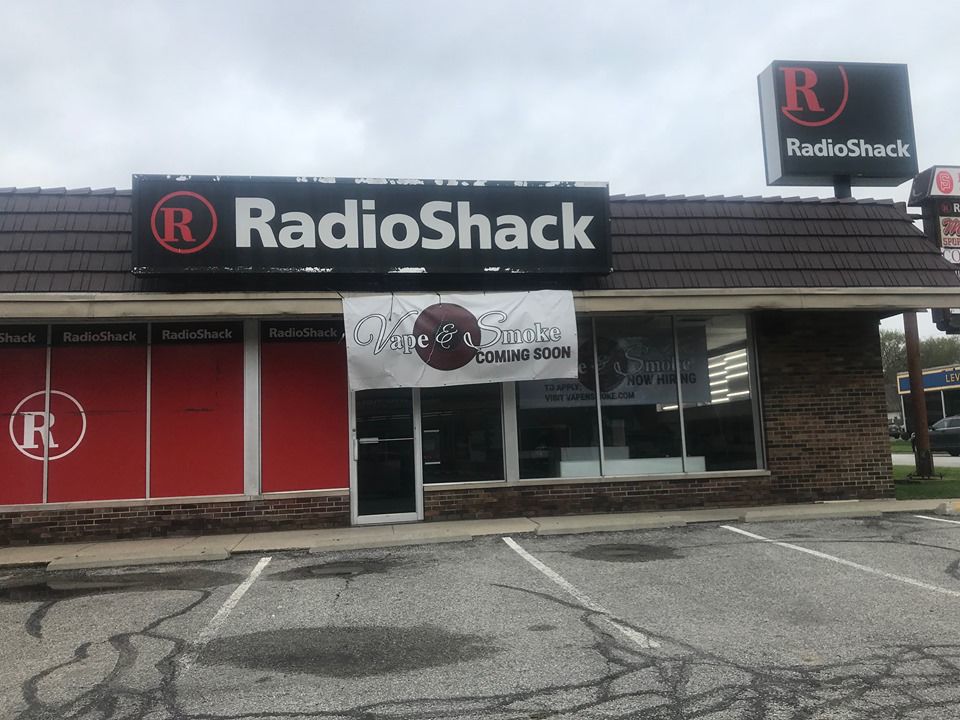 Vape & Smoke is moving into the old Radio Shack on Main Street in Crown Point.

Leeds Public House is nearly finished with an extensive renovation of the former Ryan's Irish Pub, which closed after a 23-year-run at 401 Franklin St. in downtown Michigan City last year.

"Pretty much the only thing left is the four walls," Leeds Public House General Manager David Roberts said. "It's all new construction inside. There's nothing left of Ryan's Pub. We took it down to the studs and completely renovated."

Named for the prominent Leeds family of physicians that helped build up Michigan City in its early days, the Leeds Public House will be a gastropub with family dining and multiple bars. It will have about 275 to 300 seats outside and inside the historic 116-year-old building, including in a completely rebuilt patio.

The Leeds family built a building at that site in 1857 that burned down, and the family rebuilt the current three-story structure in 1903, Roberts said. The new restaurant and bar will occupy the first floor and the owners are still trying to decide what to do with the upper floors, such as whether to rent the second floor out for parties or other private functions.

"It's a great design from a firm we brought in from Chicago," Roberts said. "It blends the modern and industrial with a classic wood feel."

Leeds Public House aims to complete construction by the end of June and open by mid-July. It's now hiring for all positions and expects to have more than 50 employees.

"It will be elevated casual gastropub dining in a family-friendly environment," Robert said.

A gamer who hopes to bring a sense of community and hanging out back to gaming has opened Next Generation Gaming in Griffith.

The 620-square-foot store at 2005 45th St. buys and sells video games, DVDs, music and pop culture collectibles while providing a selection of tabletop and video games for people to play in a social setting in the store.

Owner Elijah Aurand, a Highland resident, grew up playing video games like Civilization, Legend of Zelda, Battlefield and "anything with Mario." About four years ago, he started stocking up on games at pawn shops and flea markets and wanted to share his collection.

He sells hundreds of video games for all consoles, including retro systems and the current generation of Xboxes, PlayStations and Nintendo Switches.

"I just love video games in general," he said. "It doesn't feel like work at all when I'm working."

Aurand said he strives to provide prices as competitive as possible on video games, Star Wars collectibles and tabletop games. He also plans to charge $8 a month or $65 a year for members to come in and play video games or tabletop games like Magic: The Gathering, Pokémon Yu-gi-oh! and Dungeons & Dragons. In the future, he'd even like to organize Esports leagues.

"I want to bring back the social aspect of gaming after the general disappearance of playing together on a couch at a co-op," he said. "A lot of the new games you can't even play on the same system in the same room. I kind of want to bring that social setting back to gaming, like you had at the arcade."

He wanted to offer what chain stores don't, in his experience.

"A lot of the reason behind the storefront is the lack of competition," he said. "I wanted to do it my own way and do it for the public."

Aurand said the inventory would change frequently and the store would look to organize more and more frequent special events, like tournaments for gamers, as it became more established.

"Long-term, I'd like to be able to get a bigger space and host a regular Esports league," he said.

Next Generation Gaming is open from 2 to 8 p.m. Wednesday through Sunday.

Puff on this, Vape & Smoke plans to soon open in Crown Point.

The 2,500-square-foot store will employ one to two workers initially and three to four by the end of the year, Vape & Smoke Chief Financial Officer and Chief Marketing Officer Emily Morgan said.

"We chose Crown Point based on several factors, namely, its similarity to our other localities, demographic and income-wise. Crown Point has a strong population concentration while retaining a small town feel," she said. "We also noticed a gap in the electronic cigarette market in Crown Point, and believe we can offer a more open, educative and overall high-end experience to people looking for progressive smoking cessation and alternative supplements."

"We will also feature a hemp dispensary within our store, with luxury skin care products and some of the most respected CBD brands in the industry, continually vetted by our in-house research and development team," Morgan said. "Our glassware selection is both imported and made in the USA, offering customers multiple options across various price points. And we are rolling out an oxygen bar with this opening, where people can come to breathe various aromas via nasal tubes and will be poised to relax and enjoy the clarity that comes with dedicated oxygen consumption."

Dollar General, one of the nation's largest and best-known dollar store brands, opened a new discount store earlier this month at 6705 Melton Road in Portage.

The Tennessee-based retailer typically employs six to 10 workers at most of its stores, in which it sells food, housewares, apparel, cleaning supplies and health and beauty products. It's the national chain's first Portage location.

Dollar General aims to open 975 more stores in 2019, making it the No. 1 retailer for opening new stores this year and bucking an ongoing trend of decline in the brick-and-mortar retail industry.

Economy Discount Liquors has moved into the former Cobras Motorcycle Club clubhouse at the triangle where U.S. 12 and 20 converge in downtown Gary.

The Stella V.ie Cafe coffee shop moved from the former Blue Room Cafe spot in the Indiana Building at 5246 Hohman Ave. in downtown Hammond down the street to the inside the federal courthouse, where much of its clientele is located.

Whiting Park Festival Orchestra to perform on lakefront, including a 'Pierogis and Mascots' program

The Whiting Park Festival Orchestra will perform four free concerts at the Whiting Lakefront Park on Lake Michigan this summer in its 20th season.

INBiz and the Indiana Small Business Development Center are teaming up to help Hoosiers start businesses.

Rock out like it's the 18th century this weekend when Classical Blast plays the Hobart Art Theatre.

Northwest Indiana homeowners are seeing one of the biggest surges of home values in the country.

SOUTH BEND — Piano Man Billy Joel, known for his many hits like "We Didn't Start the Fire," "Uptown Girl," "Only the Good Die Young" and "Scen…

For the first time in decades, Indiana farmers are harvesting hemp, a strain of cannabis that's used not to get high but for fiber, rope, clot…

The owner of Hodge Podge Fine Furnishings in Lowell and of a horse farm by Beecher has long suffered from a number of ailments, including lupus.

Indiana is targeting teenagers with a new media campaign against vaping.

The state has rolled out a new text message program to encourage teens and young adults to quit vaping and e-cigarettes.

The company will become part of Danone, the Paris-based corporate giant that's one of the biggest players in the global food business and whose U.S. products are marketed under the brand name Dannon.

Next Generation Gaming has opened in Griffith.

Vape & Smoke is moving into the old Radio Shack on Main Street in Crown Point.