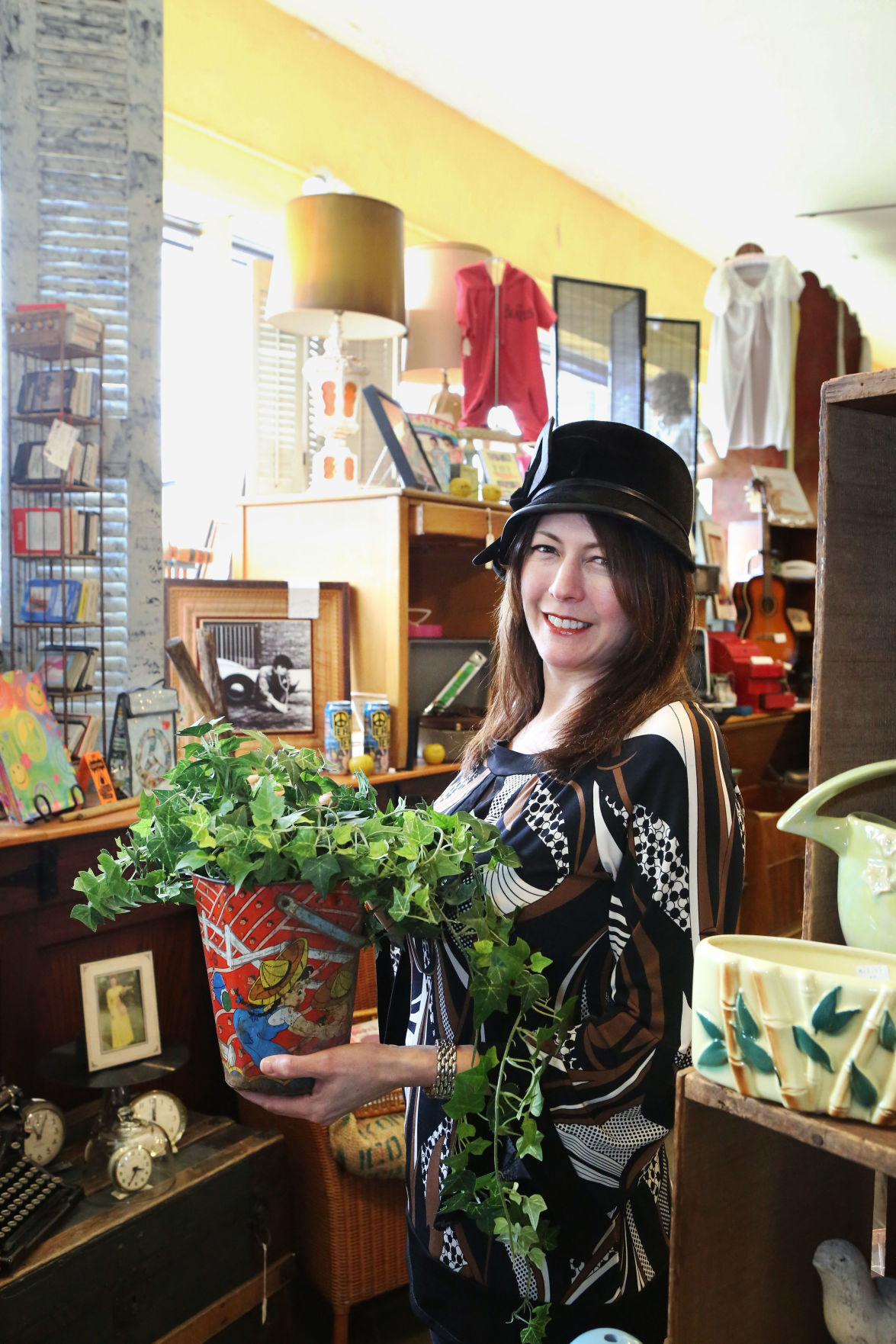 Karen Maravilla of It's Just Serendipity, which is closing in downtown Hammond after 11 years. 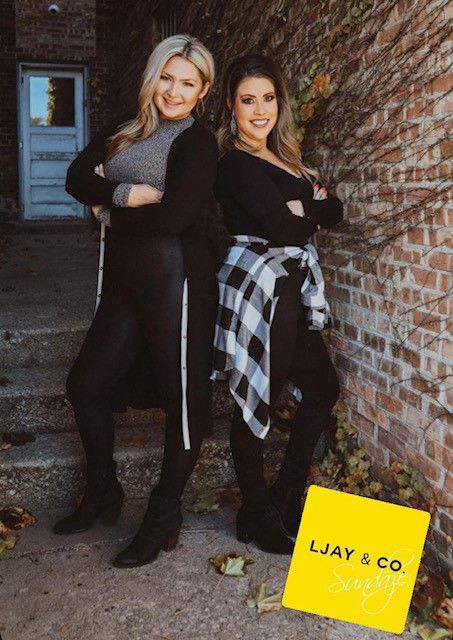 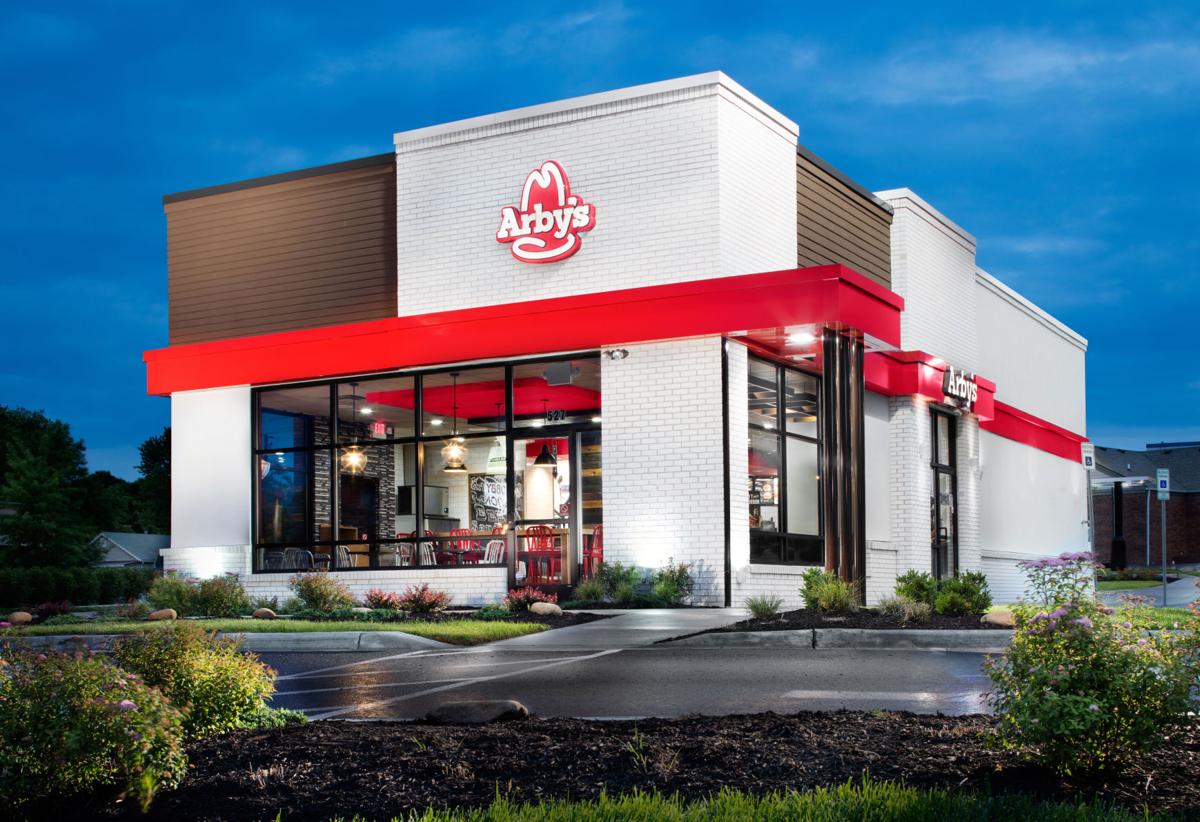 It's Just Serendipity, a longtime mainstay of downtown Hammond that tried to revitalize the once-vaunted commercial district, has fallen victim to the coronarivus pandemic.

The antique store that sells vintage, handcrafted and repurposed goods is closing after more than a decade at 5630 Hohman Ave. because of COVID-19.

"When one door closes, another opens. I appreciate your friendship and support for the last 11 years," owner Karen Maravilla posted on social media. "I have made the decision to close our brick-and-mortar store in downtown Hammond. Please shop with us in person through the end of December. While our storefront will close, our business will remain open. Stay tuned for details about our next chapter."

It's Just Serendipity was repeatedly voted one of the best antique stores in Northwest Indiana for 10 years in a row in The Times Best of the Region polls. It carried an eclectic collection of treasures, including architectural finds, the work of local artists, home decor, furniture, collectibles, greeting cards, hand-crafted jewelry, vintage clothes, sports memorabilia and seasonal items.

Maravilla — a self-described "relic hunter, memory maven, purveyor of antiquities, vintage vixen and lover of the arts" — is looking to liquidate the inventory that filled two warehouses.

"In addition to individual sales, I am interested in speaking to those of you who may want to purchase items in large quantities," she posted. "No reasonable offers will be refused."

Franchisee Faisal Merchant, who owns Arby's restaurants in Orland Park and Lockport as well as Dunkin' restaurants in Chicago, hopes to open his third Arby's by Jan. 4 in St. John if construction goes well through the winter season. The restaurant will have a drive-thru, plans to have community fundraisers and is now hiring, offering $1 more per hour than current pay for anyone with recent fast-food experience.

"LJAY & CO. is a modern, oversized, loungewear line that was born in July 2020," owners Lindsay Johnson and Jay Cherry said in a news release. "We hand make all of our shirts and every single item is one of a kind. We restock weekly and are open Tuesday-Saturday for customers."

The business also sells its hand-crafted items on a first come, first serve basis at 6 p.m. Sundays on Facebook for customers outside of Northwest Indiana.

"Everything is custom and one of a kind," they said in a news release. "We call these our #SUNDAZE sales because in order to claim an item, you must comment #SUNDAZE in order to receive an invoice."

Hungry Hound Boutique and Grooming, a local chain with stores at 8323 Wicker Ave. in St. John and 5151 E. 81st Ave. in Hobart, just opened its newest location at 64 Lincolnway in downtown Valparaiso.

The pet store "believes every pet is special and deserves only the best foods and treatment, which is why you can be certain that all of our products and services we offer are of the highest quality."

Righteous Ribs has taken over the former R & R Sports Bar & Grill space that was originally a Bennigan's in the U.S. Steel Yard in downtown Gary.

Formerly based in East Chicago, R & R Sports Bar & Grill in 2018 opened a year-round sit-down restaurant in the minor league baseball stadium where the Gary SouthShore RailCats play. It's now being taken over by Righteous Ribs, a mobile barbecue business that previously catered to backyard BBQs, family reunions or company picnics.

Salt Cave of St. John reopened after shuttering during the coronavirus pandemic.

The salt cave, which opened in 2017 as a therapeutic spa where people breathe in Himalayan salt to relax and clear out their respiratory system, is now offering a wider array of services.

"The store has now opened again and we can offer  to our customers many more services that were not available in the past," owner Marcia Autry said. "We do messages, facials, pedicures and manicures, ionic foot detox, and the far infrared sauna. We offer some unique services such as reiki, meditation and yoga all in the salt cave."

In an article with the headline "Smalltown Coffee’s Big Dreams Come True with NW Indiana Opening," the national trade publication highlighted the women-owned company's repurposing of a historic building of 1870 vintage with brick walls, hardwood floors and limestone windowsills.

Owners Annette Mckeown and Elizabeth Steel hope to popularize specialty craft coffee sourced from beans all over the world with complex flavors with notes of chocolate, caramel and fruit. Brazilian, Ethiopian, Guatemalan and other blends of coffee are all roasted on site.

How much do NWI CEOs make?

How to decide what kind of business to open

How to decide what kind of business to open

How to curb impulse buys and stick to your budget

How to curb impulse buys and stick to your budget

While the coronavirus proved challenging for many retail establishments in Northwest Indiana and across the nation, new stores still opened in…

Lee Enterprises has launched a new app for a number of its newspapers, including Munster-based Times Media Co.

"We might not make it, that's the reality," one business owner said about the cumulative impact of the pandemic. "We're weeks away from closing the door."

Steel production down nearly 19% this year

Great Lakes steel production rose by 12,000 tons last week but remains depressed by nearly 19% this year, according to the American Iron and Steel Institute.

TJ Lux, who led Merrillville High School to the state championship game in 1995 and went on to play professionally for six years in Europe, owns and operates the new Courtside by dlux at 1440 East Joliet Street in Crown Point.

Anyone interested in learning more about architecture can take a Vincent Scully Masterclass Series from the Chicago Architecture Center.

World War II propaganda posters and photographs of heavy industry in the Calumet Region are on display at the Center for Virtual and Performing Arts in Munster.

America's Antique Mall plans to open a 55,000-square-foot antique store with hundreds of vendors in the Highland Ultra Plaza this summer.

South Shore Arts is offering instructional and educational Arts in Focus programming online via Zoom and YouTube next month.

"Midwest industrial real estate is at a premium for both investors and corporate end users."

Steak 'n Shake, the iconic burger chain known for its steakburgers and hand-dipped milkshakes, reopened its restaurants in Portage and Michigan City for carryout and drive-through only.

"It's heartbreaking," owner Loretta Nosal said. "Downtown is losing its whole retail element. It's just restaurants and bars coming in."

Karen Maravilla of It's Just Serendipity, which is closing in downtown Hammond after 11 years.