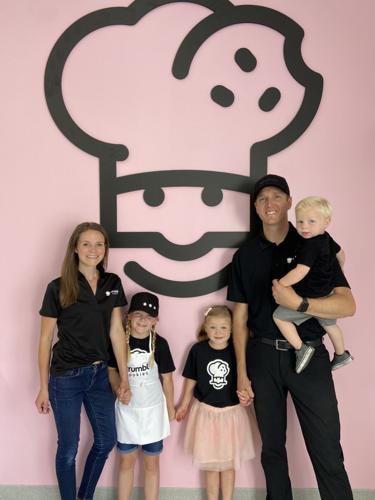 Kate and Jed Leifson recently opened Crumbl Cookies in Valparaiso. They're shown at the shop with their three children. 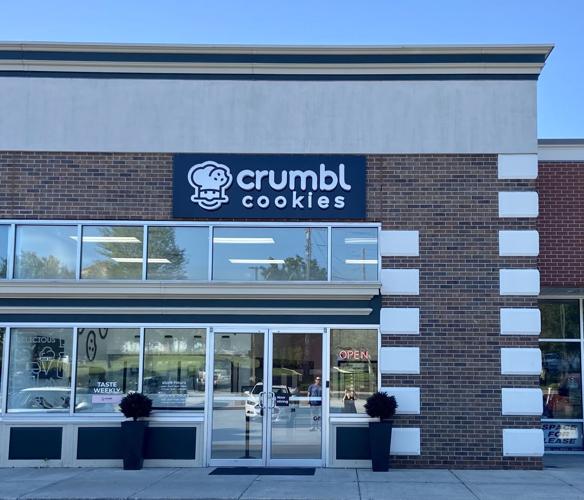 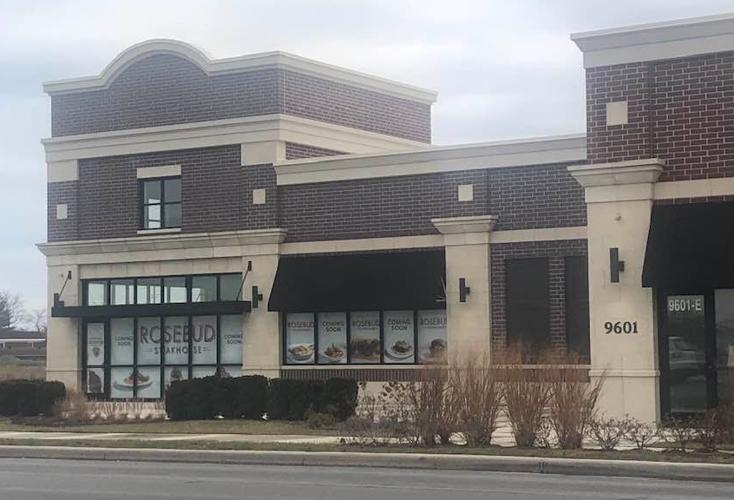 Rosebud Steakhouse in Munster is shown. 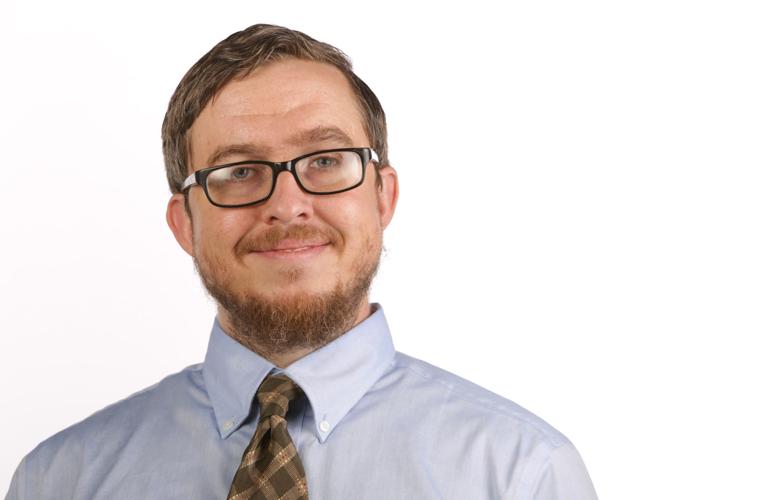 The Chicago steakhouse has been under construction at 9601 Calumet Ave. in Munster's Centennial Village mixed-use development.

Des Plaines-based general contractor The Missner Group has been building out the restaurant. Rosebud opened in Chicago in 1976 and has a location just off the Magnificent Mile at 192 E Walton St.

“When Aldo brought this project to our firm, we knew that we could draw from our extensive experience in commercial construction and high-end spaces to carry-out Rosebud’s vision,” said Bob Nomellini, chief operating officer of construction operations at The Missner Group. “It’s a fun and exciting concept for Munster and one that is sure to be a success. We’re pleased to be a part of the project and look forward to working closely with Rosebud Restaurants.”

It will join other eateries like Kitaro Surf & Turf & Sushi, Harvest Room, El Salto and the Simple Greek in the commercial development just north of Munster's Centennial Park. It's also home to a SpringHill Suites hotel, medical offices and condos that are now under construction.

Sweet-N-Smooth is now serving shakes and other sweet treats in Valparaiso.

Rectangular pink boxes filled with sugary goodness are getting more commonplace in the Region.

A U.S. Army veteran and his wife opened the second Crumbl Cookies in Northwest Indiana Friday.

The Leifsons have lived in Valparaiso with their three young children for three years.

“We have been blown away by how excited Valparaiso is about Crumbl coming to town. Thanks for all of the support. The wait is over, let’s eat some cookies," he said.

Jed Leifson served in the U.S. Army for 11 years and then went back to school to become a nurse anesthetist. The Leifsons moved 11 times in 10 years due to the needs of the Army and then graduate school before planting roots in Valparaiso.

"The feeling of community, the schools, the great food and the beach are all things that drew us to Valparaiso," he said. "We have loved living here and we are happy to call it home."

The fast-growing chain that started in Logan, Utah has exploded, growing to 500 locations in 40 states over the last five years. Crumbl, which recently opened in Dyer, rolls out new flavors every week.

Twisted Sugar is coming soon to 60 University Drive in Valparaiso, where it will ask people to "fall in love with cookies again."

The chain, which is also coming to Crown Point soon, will locate in the University Promenade near the Valparaiso University campus.

For more information, visit twistedsugar.com or find the business on Facebook.

The food is available for takeout and via delivery through Postmates and Uber Eats.

“We enjoyed working with The Bob Loquercio Auto Group on another project as their organization expands into Indiana,” said Aldo Bottalla, senior vice president of business development for the Missner Group.

The contractor killed in a construction accident Friday at a NIPSCO substation in Cedar Lake has been identified.

Union president election: "They're tired of it. This is America but they're operating like it's a third-world country."

'A Christmas Story' house up for sale

The Cleveland home where Ralphie battled that black-hearted scoundrel Black Bart is now for sale.

Athenian Greek Cuisine aimed to bring a Greektown-like dining experience to the Calumet Region but the last plate of flaming saganaki has flickered out.

"We'll stand out here as long as it takes. It will stop. If you have to work 62 hours a week, something's not right."

Cleveland-Cliffs donated $25,000 to Opportunity Enterprises for a new kayak launch.

The South Shore Line operator's Board of Trustees approved a $6 million contract Monday with the firm DLZ to do engineering work necessary to move the South Bend International Airport station from the airport terminal's east side to its west side.

Hammond native Bob Chapek ran the biggest and most beloved entertainment company on earth for just under three years at a transformative and challenging time in the company's history.

Kate and Jed Leifson recently opened Crumbl Cookies in Valparaiso. They're shown at the shop with their three children.

Rosebud Steakhouse in Munster is shown.