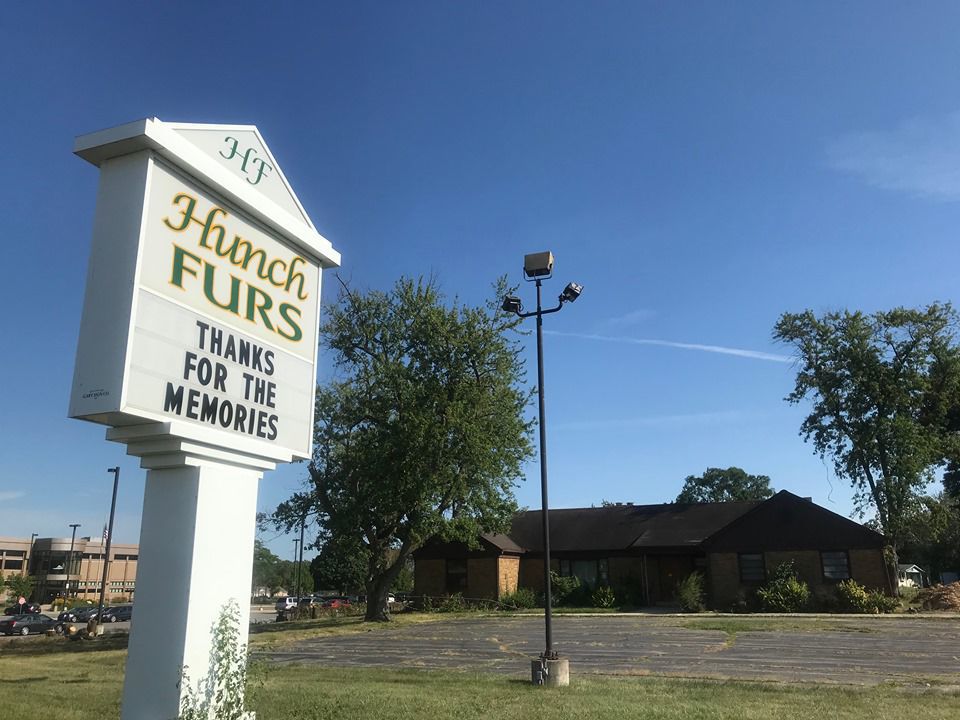 Marco's Pizza, which boasts of being the "only national pizza chain founded by a native Italian" and serving "fresh, authentic, handmade Italian-quality pizza," will open Aug. 22 at 146 E. 109th Ave. in Crown Point.

The restaurant is owned by Chesterton resident Harry Singh, who's worked for Best Buy, Toyota, AT&T and Verizon and now owns a 7-Eleven and gas station. He decided to open the pizza franchise after seeing Marco’s Pizza’s Chief Operating Officer Bryon Stephens appear on the show "Undercover Boss."

“What really drew me into Marco’s Pizza was the business model and how the managers communicated with the owners,” Singh said. “It gave me comfort to know that the top-level executives were also franchise owners themselves. They can share from personal experience the fun and excitement that comes with a new Marco’s Pizza opening. I’m so excited to be a part of it.”

Toledo, Ohio-based Marco's is the seventh largest pizza chain in the United States and the fastest-growing, with more than 900 locations in 34 states and three countries. The restaurant chain is trying to slice a bigger piece of the $47 billion U.S. pizza industry pie, in which an estimated 91% of Americans order pizza at least once a month, by expanding to more than 1,000 locations this year.

The new Marco's in Crown Point will sell classic pizzas, as well as specialty pies like White Cheezy, Deluxe and All Meat. The menu also includes subs and salads with croutons made fresh daily.

The restaurant will offer dine-in, delivery, carryout and online ordering.

Sanfratello's, a South Side Chicago-style pizzeria that has been serving tavern-cut pizza in Northwest Indiana and the south suburbs for half a century, has closed its Highland location, its fourth restaurant to shutter in the last five years.

"It is with much sadness that we announce that Sanfratello's Highland is now closed," the business posted on its Facebook page. "Thank you all for the wonderful support you have shown us throughout these years."

Sanfratello's, a Sicilian family-owned pizzeria chain known for using hand-churned Scamorza cheese and vine-ripened tomatoes, continues to operate a restaurant in the Sand Ridge Plaza at 1050 Joliet St. in Dyer.

The original Sanfratello's Pizza in Glenwood, a beloved south suburban institution, shuttered after 45 years in 2014, with founder Joe Sanfratello blaming "high taxes, the area is changing, people are moving away, high food costs."

Its Tinley Park location shuttered in September of the following year.

Sanfratello started the local pizza chain in 1969, selling party-cut thin-crust pizza and pan pizza that featured sausage made by a local butcher from an old family recipe. Sanfratello's sit-down restaurants included bars and offered a full range of beer, wine, appetizers, sandwiches and appetizers. The pizzeria grew to five locations but is now down to just Dyer.

Sanfratello's Highland pizzeria relocated to 9400 Indianapolis Blvd. in 2014, where it offered both delivery and drive-in on the boulevard. The chain expanded to Naperville in 2016, but that location closed last year.

Hunch Furs and Fine Leathers in Merrillville has closed after making Region women look elegant for more than eight decades.

The family-owned business at 2021 Lincoln Highway has closed. Its sign says "thanks for the memories."

The Times of Northwest Indiana readers voted Hunch Furs best women's clothing store in its Best of the Region voting in 2012. Located in a brick home next to the Merrillville branch of the Lake County Public Library, the retailer specialized in furs, fine leathers, hats, purses, scarves and gloves, also offering repairs and cleaning services.

It branched out into motorcycle apparel and online sales in 1998, but the fur coat business isn't what it used to be, and a growing number of cities like San Francisco and Los Angeles are outright banning the sale of fur.

Few fur coat specialty retailers remain in the Calumet Region save for Highland Furs in Highland and Kluger Furs in Flossmoor.

The Crossing has opened a job training school in the former Boilermakers Local 374 union hall at 6222 Kennedy Ave. in Hammond's Hessville neighborhood.

"It's a trade school for young people who have had difficulties," said Earl Yoho of Woodmar Self-Storage and Acorn Fence and Construction, which has renovated and is leasing out the former union hall. "It gets them up to speed on trades and crafts."

The faith-based alternative education program from Elkhart, which also has a campus in East Chicago, is occupying about 4,200 square feet in the building. Yoko is looking to lease out another 3,245 square feet for between one and three offices.

He's also looking for a tenant to lease out the building's 6,240-square-foot banquet hall, which is equipped with stage and sound equipment. The newly rebranded Cardinal Hall could accommodate around 300 people for special events.

Flower Power Designs moved to a new location at 5923 Central Ave., suite B, in Portage.

The full-service florist, event management specialist and gift shop relocated to Central Avenue across from Wallace Aylesworth Elementary School and about a block and a half west of Ace Hardware. The business hosts classes for the public at 6:15 p.m. on the fourth Thursday of every month, including classes on how to arrange flowers in vases, centerpiece design and holiday wreath-making.

Crown Point native Elizabeth Whittaker, whose family ran The Beauty Spot restaurant, has opened a new hotel in West Lafayette that might be of interest to parents of Purdue students or alumni returning on football weekends.

Whittaker, a 1995 Crown Point High School graduate, earned a bachelor’s degree from Purdue University’s School of Hotel and Tourism Management and went on to work for Walt Disney’s All-Star Sports Resort and Crowne Plaza Times Square. She and her husband Andrew opened and run the newly built Whittaker Inn, which features 15 guest rooms, gathering spaces, and The Whittaker Kitchen restaurant.

Nestled in a wooded 25-acre site, the Whittaker Inn attempts to blend "the charm and intimacy of a European country inn, with the modern amenities and sophistication of a big-city, luxury hotel." On weeknights, it offers guests a "Happy Tapas Reception" with small plates and craft beer.

The Chesapeake, Virginia-based dollar chain celebrated a grand reopening Saturday. The store added freezers, coolers, and $1 Dollar Tree merchandise from its parent company, which acquired it in 2014. It expanded its selection of "food, beauty and essentials, household products, and seasonal items."

“Family Dollar is proud to be a part of the Griffith community and we are excited to welcome existing and new customers to our newly renovated store,” Family Dollar spokesperson Jim Van Slyke said. “The refreshed store will provide even greater values and convenience to our shoppers.”

The 55-year-old discount retailer operates about 8,000 stores in rural and urban areas.

The lakefront Miller neighborhood has always seemed like the kind of quirky, bohemian place where an artisan ice cream shop might open inside …

It's the end of the road for Avenue Stores, a plus-size women's clothing retailer that is closing all its locations nationwide, including in H…

McCann Industries has opened a new construction supplies dealership in Merrillville, its second in Northwest Indiana.

Local businesses can get a communications audit from a nonprofit consulting firm at Purdue University Northwest in Hammond this fall.

You can eat pizza for a good cause Friday at MOD Pizza in Highland.

When Ray Bryan was working at Inland Steel in East Chicago at 18 years old, his colleagues pointed out that he lived across from three cemeter…

Calumet Area Industrial Commission luncheon to discuss 'Manufacturing 4.0 and Beyond'

Haven Allen, CEO and co-founder of the mHUB manufacturing product innovation center in Chicago, will talk about what's next for manufacturing …