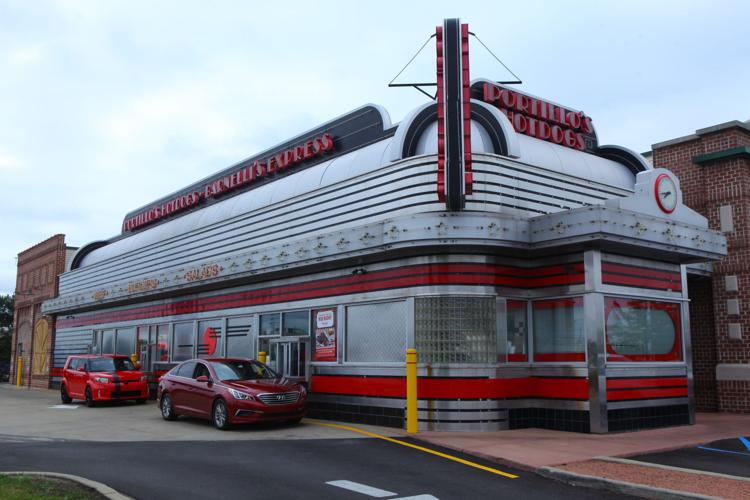 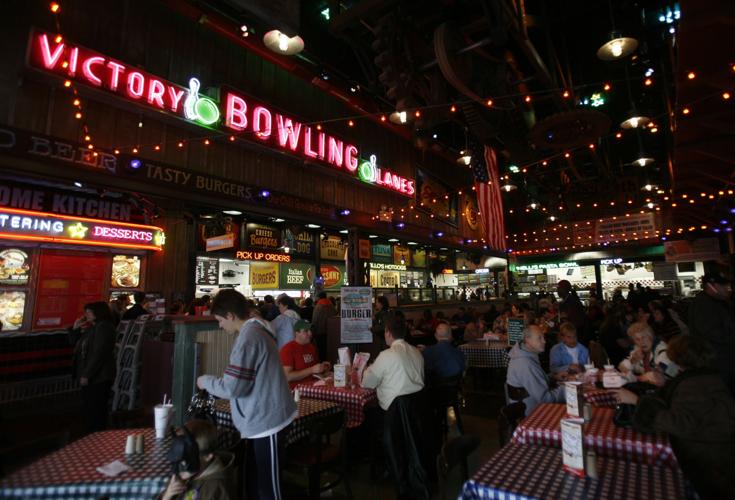 Hot dog, one of the most beloved fast-casual Chicagoland chains is coming to the Tri-Town area.

Portillo's, which has locations in Merrillville and Homewood, plans to come to Indianapolis Boulevard in Schererville.

"I was just informed from our town manager that Portillo's has submitted an application to build a small footprint restaurant with a drive-thru," Town Council member Kevin Connelly posted on social media. "The location is the same property as the Chick-fil-A."

Luke Family of Brands Development is building out the Oak District Development at 317 U.S. 41 on vacant land between Franciscan Health Fitness Center and Lowe's. It also will feature an Olive Garden, Longhorn Steakhouse and Chick-fil-A that's already built out, with a future phase including a mix of retail, office and commercial space.

The massively popular Portillo's chain, best known for its Chicago-style hot dogs, Maxwell Street Polish, Italian beef and chocolate cake, has eyed a Schererville location since at least 2006. Oak Brook-based Portillo's, which has more than 60 locations, originally planned to open in Merrillville and Schererville at the same time.

A Portillo's originally was supposed to be located in developer Bruce Boyer's Shops on Main at the 16-acre site of the Schererville Golf and Fun Center, but the original slate of tenants fell through when the project was delayed by the Great Recession.

Portillo's got its start as The Dog House in Villa Park, Illinois, in 1963. It since has expanded across the Chicago metropolitan area and beyond with Indiana locations in Indianapolis, Fishers, Fort Wayne, Avon and Mishawaka.

The Merrillville location off U.S. 30 west of the Southlake Mall is so popular there's often a long line snaking through the double-lane drive-thru.

Portillo's will go before the Schererville Board of Zoning Appeals on July 26 to ask for a use variance.

Connelly encouraged members of the public to express their opinion of the project by attending the meeting or by emailing Building and Planning Manager Denise Sulek at dsulek@schererville.org to have their comments read into the meeting minutes.

Catch up on all the action of the "Riding Shotgun with NWI Cops" police ride-along series by The Times.

The video series, which aims to air one new episode per month, has our reporters and videographers "riding shotgun" in the passenger seat of a Region officer's squad car each month, introducing you to the men and women who patrol our streets while taking you inside the work of their police shifts.

This episode of the "Riding Shotgun with NWI Cops" series takes viewers around Munster in the midst of the holiday season.

This episode of the "Riding Shotgun with NWI Cops" series takes viewers into the midst of flames and smoke with Region firefighters.

Ride along with Officer Jimmy Weller as he patrols the region's border of Lake Michigan as part of the Lake County Sheriff's Marine Unit. Vide…

See a day in the life of Valparaiso Police Lt. John Patston in the 14th installment of Riding Shotgun with NWI Cops.

See a day in the life of Portage Patrolman Brian Graves in the latest installment of Riding Shotgun with NWI Cops.

See an evening through the eyes of Schererville Police Patrolman Adam Biella. Video shot by Kale Wilk and produced by Nat Cardona. Interview b…

See a day in the life of Schererville Police Cpl. Michael Bork. Video filmed by Kale Wilk and produced by Nat Cardona. Interview by Mary Freda.

See an evening on patrol with Lake County Sheriff's Officer Stevie Gill in the sixth installment for the Riding Shotgun with NWI Cops series. …

See a day in the life of Dyer Police Officer Matthew Voss as he patrols on a snowy February day. Video shot by Kale Wilk and produced by Nat C…

The introductory installment of 'Riding Shotgun with Region Cops' takes a look at a day in the life of Griffith Police Officer Robert Carney. …

Portillo’s is rolling out the most Chicago-possible version of the trendy southern-style fried chicken sandwich, bringing the heat with a hot giardiniera sauce.

The pepper and egg sandwich is a Lenten favorite among Catholic Italian-Americans, especially in the greater Chicagoland area

Portillo's is rolling out a heart-shaped version of its chocolate cake for Valentine's Day – for a good cause.

After a week at the Port of Indiana-Burns Harbor and a historic U.S. Navy commissioning ceremony that may never take place again in largely la…

Schoop's, the Region chain known for its big beefy smashed burgers with crispy edges, has been named the best fast food restaurant in Indiana …

Portillo's is selling its Famous Chocolate Cake for just 56 cents a slice today to celebrate its 56th anniversary.

GARY — John Allen was working on rental properties in Gary when he realized there were few places in the neighborhood to grab a healthy lunch.

Uptown Cafe, the longtime coffee shop between downtown Valparaiso and the Valparaiso University campus, has opened the drive-through at its ne…

Every dog has his day, even fans of Portillo's hot dogs in Northwest Indiana.

Rosati's Pizza, known for its thin-crust and deep-dish Chicago-style pizzas, will soon open a second location in Schererville.

Portillo's rolls out home delivery, but only to West Lake County

Lines wrap so far around Portillo's that workers stand outside amid the rows of cars handing out menus and taking orders.

Portillo's to sell cake for 54 cents a slice Thursday

Just in time for the holidays, a Chicagoland favorite, Portillo's, rolled out a yearlong subscription service for anyone who appreciates a goo…

219 Day, the celebration of all things Region held last week, was a big success that drew thousands of people to the Hammond Civic Center, lik…

Portillo's has opened in Homewood

HOMEWOOD | Hot dog lovers have been bombarded with bad news of late, after scientific studies found hot dogs contain human DNA and may pose a …

HOBART | There are hot dog stands, and then there are hall-of-famers.

A new development will bring Chick-fil-A, Olive Garden, and Longhorn Steakhouse to Schererville.

Franciscan Health Hammond hospital in downtown Hammond is looking to fight food insecurity in the community by bringing in Food Bank of Northwest Indiana Mobile Markets every month.

The popular fast-food restaurant known for serving the "filet" of poultry in its premium chicken sandwiches will arrive soon in Schererville and Valparaiso.

A cosmetics conference with pop-up shops and photo ops is coming to the Southlake Mall in Hobart next month.

“My wife Bethany and our four kids can’t wait to serve our neighbors through this new restaurant,” owner Justin Knight said.

Atlanta-based Chick-fil-A, known for its southern-style chicken sandwiches, is continuing its march across Northern Indiana. Chick-fil-A will open at 6:30 a.m. Thursday in Valparaiso and at its new Portage Road location in South Bend.

The upscale steakhouse that specializes in white-tablecloth fine dining will open a new location in the Centennial Village development at Calumet Avenue and 45th Street, Town Manager Dustin Anderson said.

Portillo's pricing stock at $20 per share as it launches IPO

You can own a slice of Chicagoland favorite Portillo's for just $20.