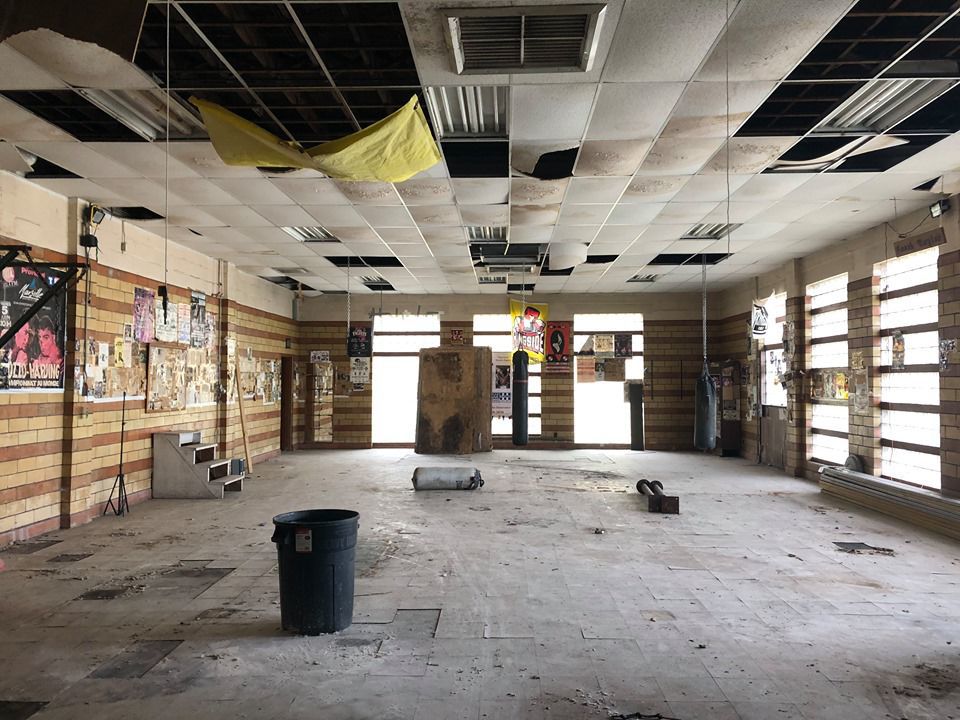 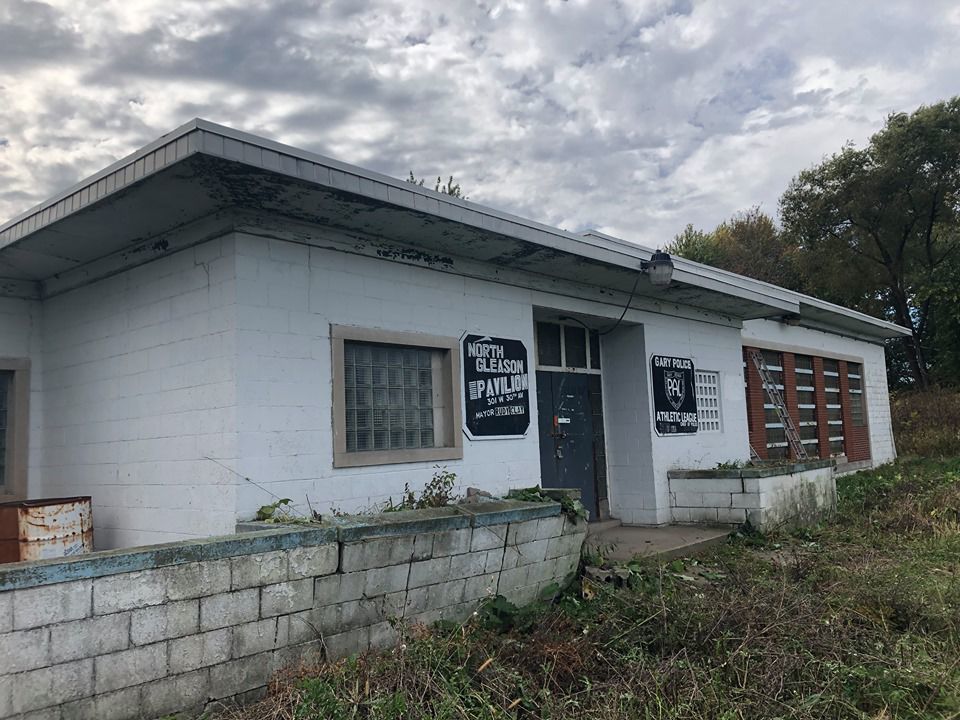 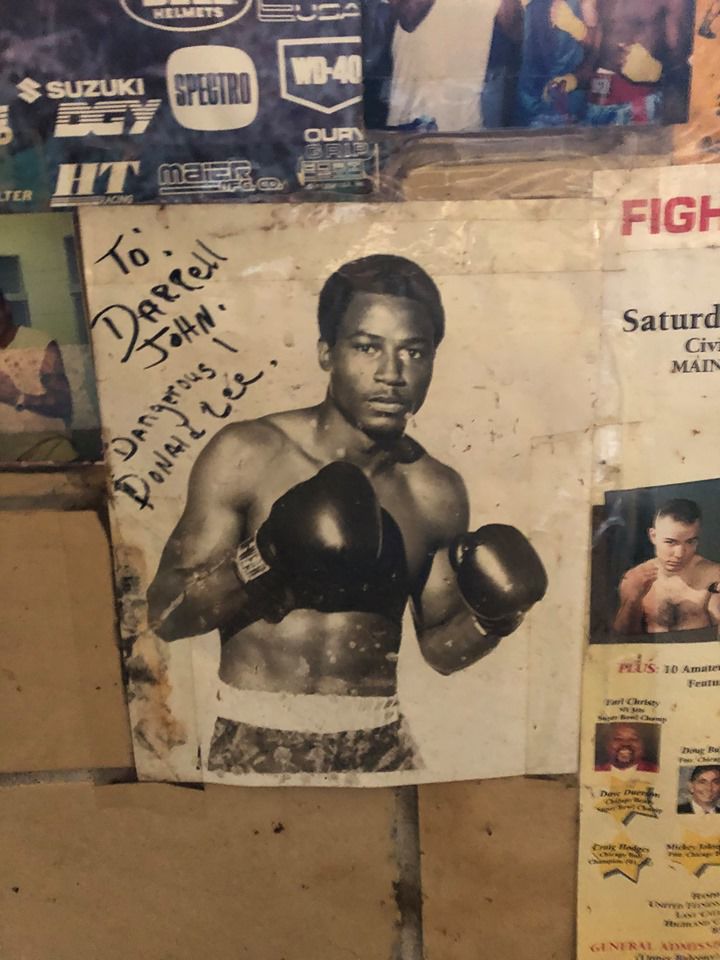 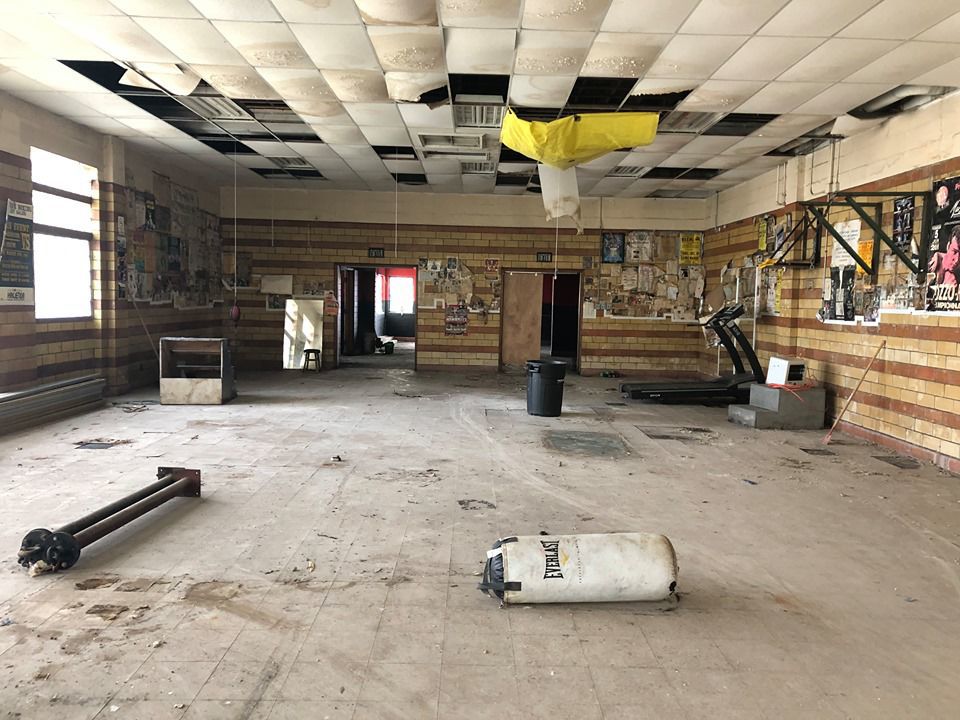 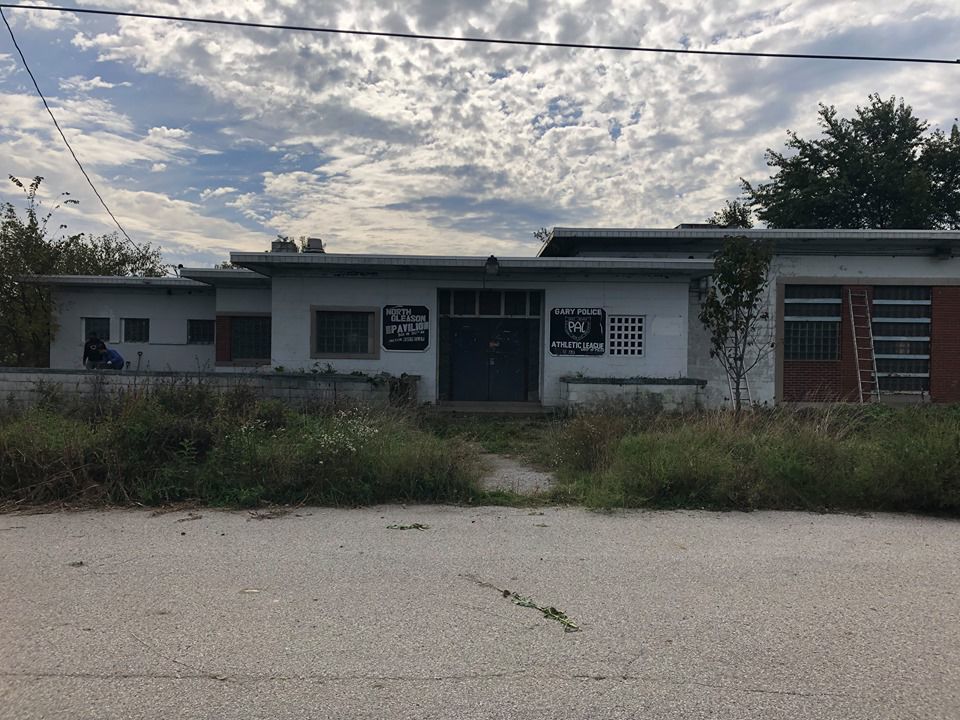 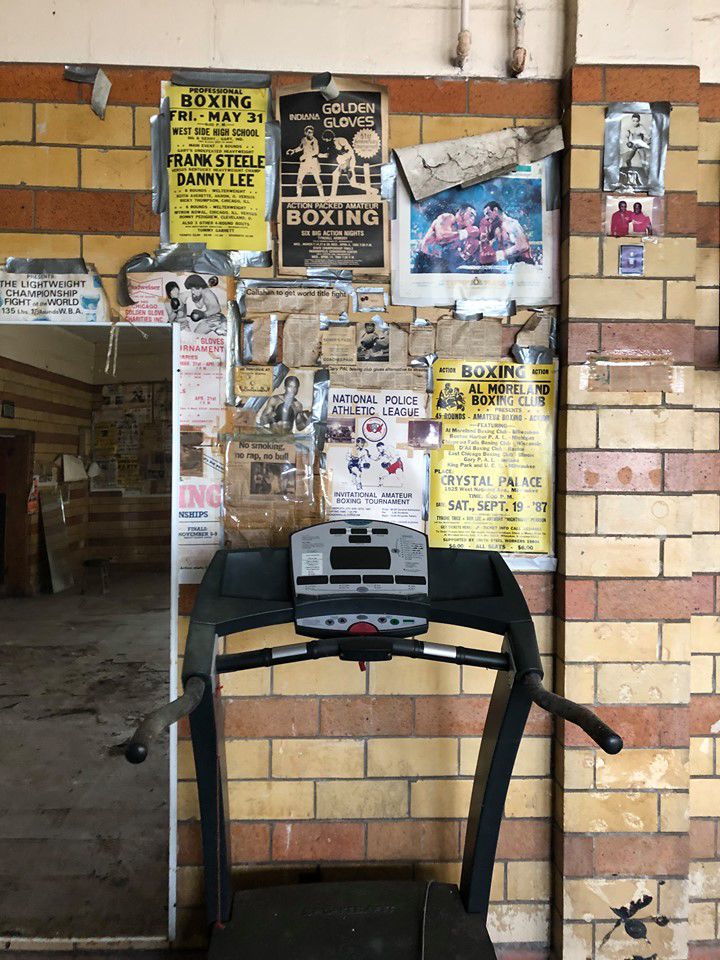 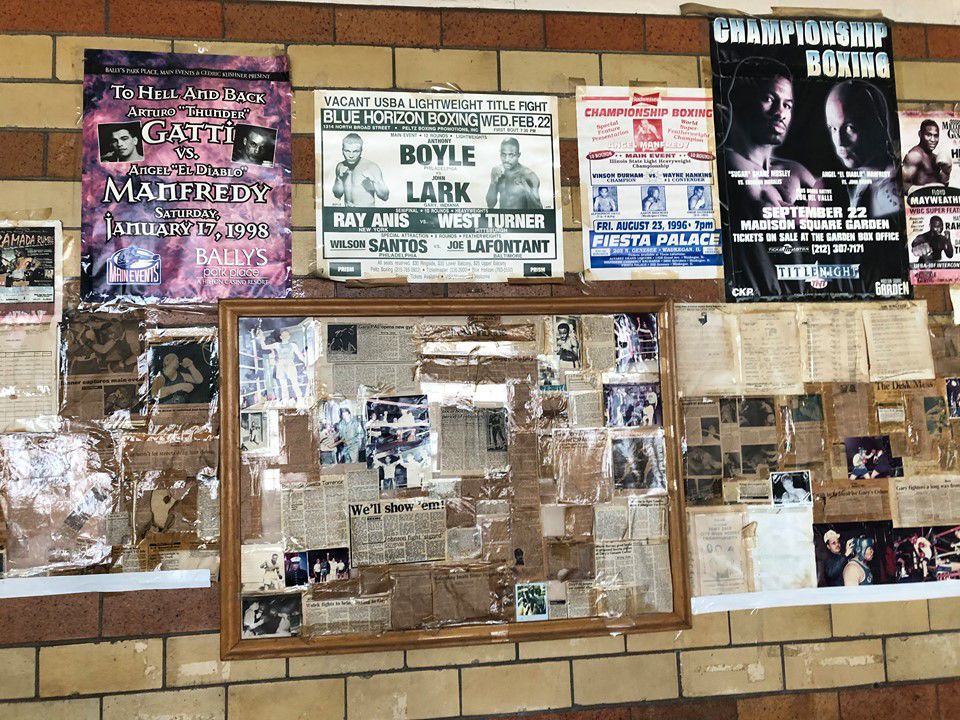 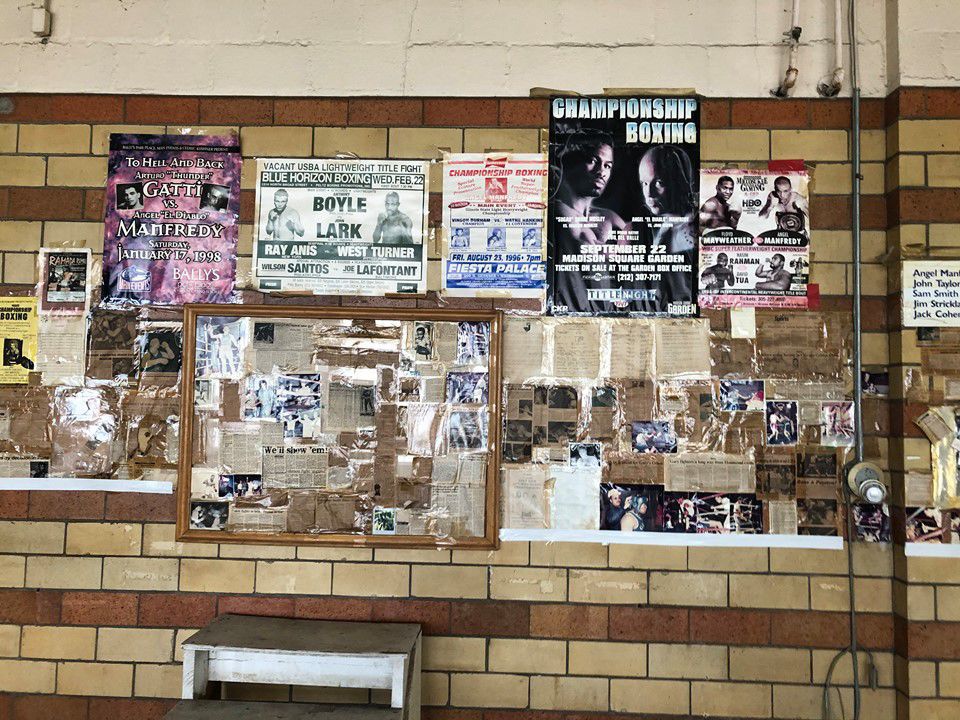 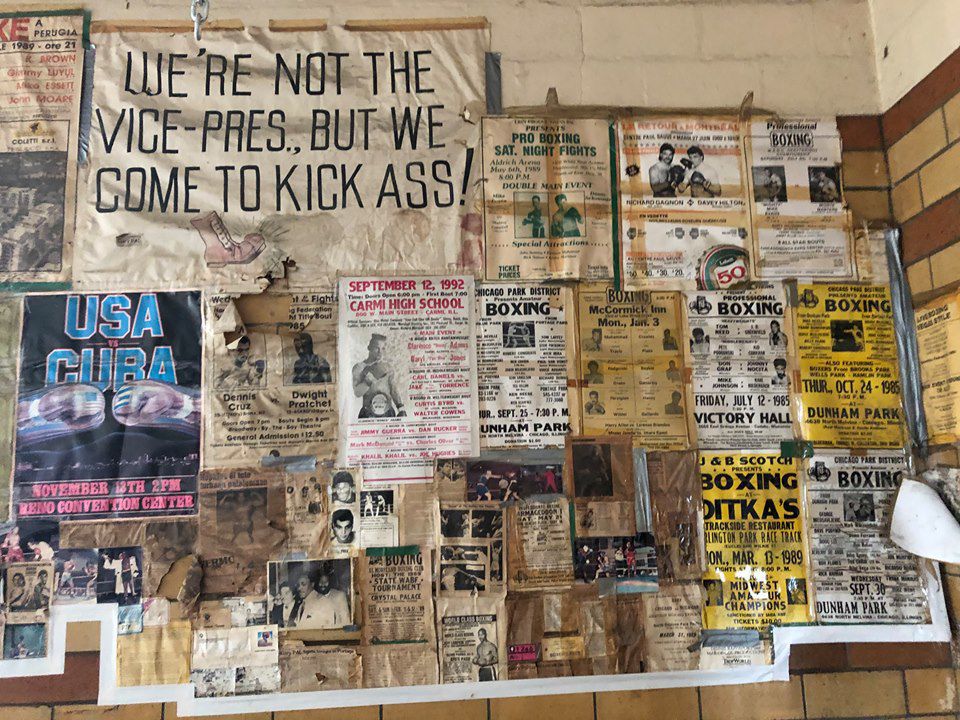 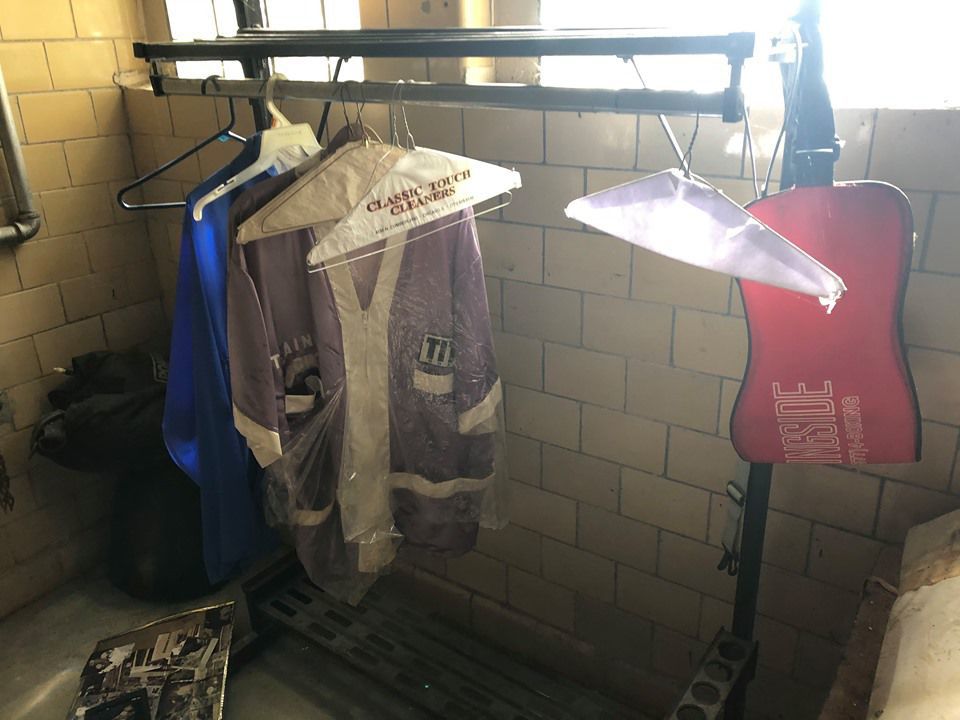 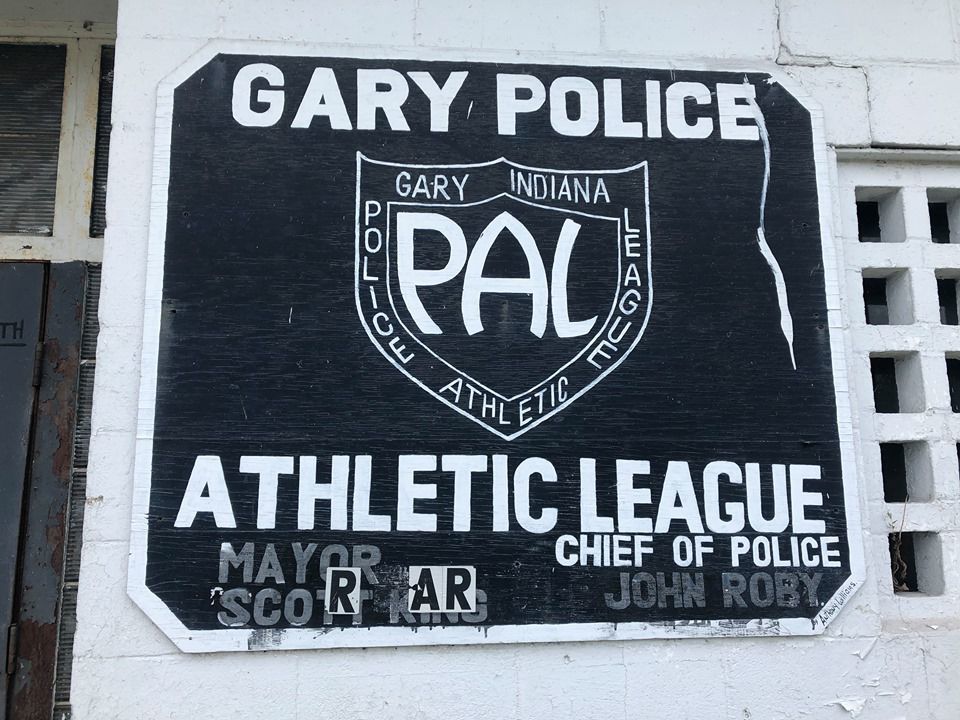 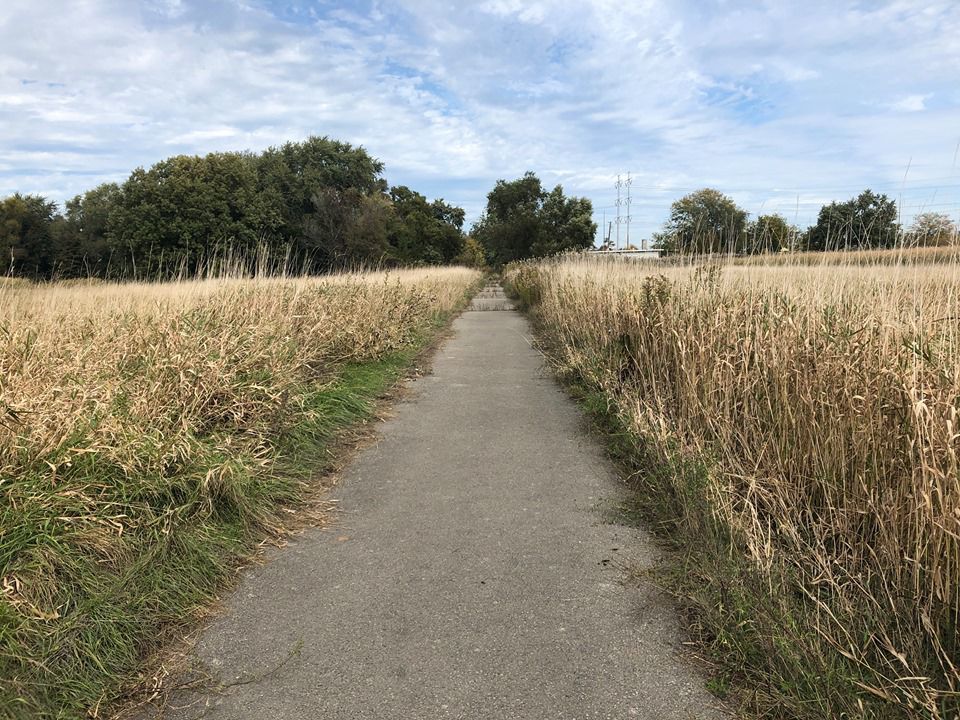 GARY — Local preservationists are fighting to save Gary's historic North Gleason Park Pavilion, which is not actually a pavilion, but was a clubhouse for a riverfront park for African Americans during the segregation era. Most recently, it was home to the Gary Athletic League Boxing Club.

Local boxing standouts like Angel "El Diablo" Manfredy and "Merciless" Mary McGee trained there under the tutelage of legendary coach John Taylor. The retired police officer spent decades bringing young people off the streets in Gary and teaching them to box, changing lives and grooming champions.

The course has since been reclaimed by nature, but Indiana Landmarks and the Calumet Artist Residency have launched a campaign to save the storied structure, which was only abandoned within the last few years but which suffers from a leaky, dilapidated roof and years of deferred maintenance.

The groups are looking to get the 78-year-old building, designed by the Gary-based architecture firm Beine, Hall, and Curran, listed on the National Register of Historic Places. They hope to replace the roof to preserve the building for future generations. The hope is it could again be used by the public, as a focal point for North Gleason Park so that Gary residents could once again take serene strolls along, or fish on, the banks of the Little Calumet River.

"Basically, it's the last remnant of what was North Gleason Park," Indiana Landmarks Northwest Field Office Director Brad Miller said. "It was the hub of that park. It's an important resource as far as the African-American experience in Gary. A lot of similar buildings are lost or in a state of ruin, where we're in the process of losing them, like with St. John Hospital."

North Gleason, he said, "tells an important story because it was the first publicly funded municipal park in Gary meant only for African-Americans. Not many of those are left standing nationally."

The remote North Gleason Park — an isolated sea of tall prairie grass and oak trees tucked between the Borman Expressway and the Indiana University Northwest campus in Gary — opened as the 315-acre Riverside Park in 1920. It was renamed after U.S. Steel Superintendent and longtime park board president William P. Gleason in 1933.

The park was segregated, with white residents using South Gleason Park south of the Little Calumet River. It had an 18-hole golf course and a clubhouse designed by the notable architect George Maher, whose other work included the Gary Bathing Beach Aquatorium, the Patten Gymnasium at Northwestern University and the John Farson House in Oak Park.

The north side — which was Gary's first publicly funded park for black residents — featured a pool, clay tennis courts and a nine-hole golf course in swampland that often flooded. It was the only place where black residents could swim in Gary for many years, since Marquette Park and its Lake Michigan beaches were segregated, Miller said.

The Works Progress Administration built up the park during the Great Depression, adding landscaping and hosting youth camps. It grew into a popular destination for activities like baseball, picnics and croquet. Many families gathered there for barbecues over the years.

Golfers at the park founded the Par-Makers, which hosted regional tournaments, started a scholarship fund and supported causes in the black community. They were eventually allowed to play on the 18-hole course south of the river when city parks were integrated in the 1960s, after Gregory paid greens fees to golf on the 9-hole course but then hit the links on the whites-only 18-hole course while ignoring a groundskeeper's objections, Miller said.

Originally, the North Gleason Park Pavilion offered locker rooms for golfers and swimmers, as well as a dance hall, assembly room, lunchroom, lounge and outdoor terrace. Youth dances and special education classes were held there. It served as the headquarters of the Gary Parks Department for awhile and marked the endpoint of the annual Emancipation Day Parade in which Roosevelt High School students marched from Midtown to the park.

"It's really important historically in Gary," Calumet Artist Residency Board Member Corey Hagelberg said. "The building is in a state of distress but as you walk through it you get a sense of the history. We think it is salvageable and that it could create new memories for people."

"He gave his whole life to getting kids off the street," former park board president and Gary Police Athletic League backer George Rogge said. "He would pick them up in a police van, take them back and train them. I can't say enough good about him... He was known across the world. He took Angel Manfredy to South Africa. We don't get many people like that in Gary. He took young people and made them great."

Some of Taylor's proteges made it big. Mary McGee went on to become light welterweight world champion and Manfredy a title contender and popular boxer who amassed 32 professional knockouts and famously defeated Arturo Gatti in the Ring Magazine Fight of the Year.

"McGee just wanted to hang around boxers," Rogge said. "He told her we don't need any girls here. Either you get in the ring and box or you get out. She chose to box and so he trained her."

The walls of the gym were a shrine to the sweet science, covered with newspaper clippings, fight posters and autographed photos from boxers like Muhammad Ali, Leon Spinks and Dangerous Donald Lee.

"As Gary's population dwindled, it became a victim of consolidation," Miller said of the park. "A lot of the recreational activities were shifted to the Hudson Campbell Sports and Fitness Center downtown."

The Gleason building is currently in rough shape with mold, buckets catching drips from the roof, a busted boiler and toilet fixtures that were stolen by scrappers. But the structure — built by the same firm that constructed Gary's Cathedral of the Holy Angels — has good bones.

"It's hard to pinpoint the exact type of architecture but it's influenced by the international style," Miller said. "It's a modern form of architecture, a building with a low profile made with concrete block, stone, brick and glass, more modern materials. It's horizontally oriented and more functional than aesthetic. It's pretty functional in that sense because it will be easy to fix up."

The Miller-based arts group Calumet Artist Residency recently helped clean out the place, filling a dumpster with detritus like an old wooden church pew that was used for seating, and clearing vegetation and trees away from the structure. Graycor Construction is donating engineering services to figure out how much it will cost to fix the roof.

"It's very much a grassroots community project," Hagelberg said. "It may not be as big as Methodist Church or Union Station but it can be preserved and we're hoping to get enough people involved."

Indiana Landmarks is looking to collect oral histories from Gary residents who remember the park's heyday and is pursuing the National Register of Historic Places designation that could help land rehabilitation tax credits or grants to restore the interior and exterior.

"The National Register doesn't guarantee any grants, but it helps and it raises the stature of the building, Miller said.

They plan to soon board the building up for the winter. The Calumet Artist Residency will incorporate some type of visual arts on the boards, such as when it painted poetry written by Gary residents on the plywood used to board up the Gary Heat, Light and Water Building, Hagelberg said.

Preservationists see potential, especially since it's next to a newer playground and a half-mile paved trail that leads to the banks of the Little Calumet River and a fishing pier.

"It's owned by the city and managed by the parks department," Miller said. "It will remain as a city park, an amenity people could enjoy out there. We want to restore it for its use for community events, get-togethers, and meetings. There's a great path to the river where you can enjoy all the natural resources of the park. There's a value in saving it as a place people can use."

New stores are moving into the long-vacant Kmart space in Hammond, more than 15 years after the big-box retailer left town.

Want a summary of today's news? Sign up for daily headlines.