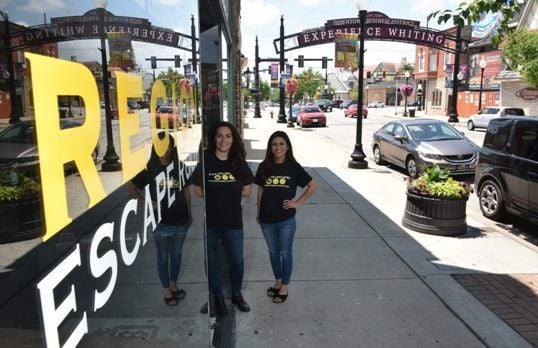 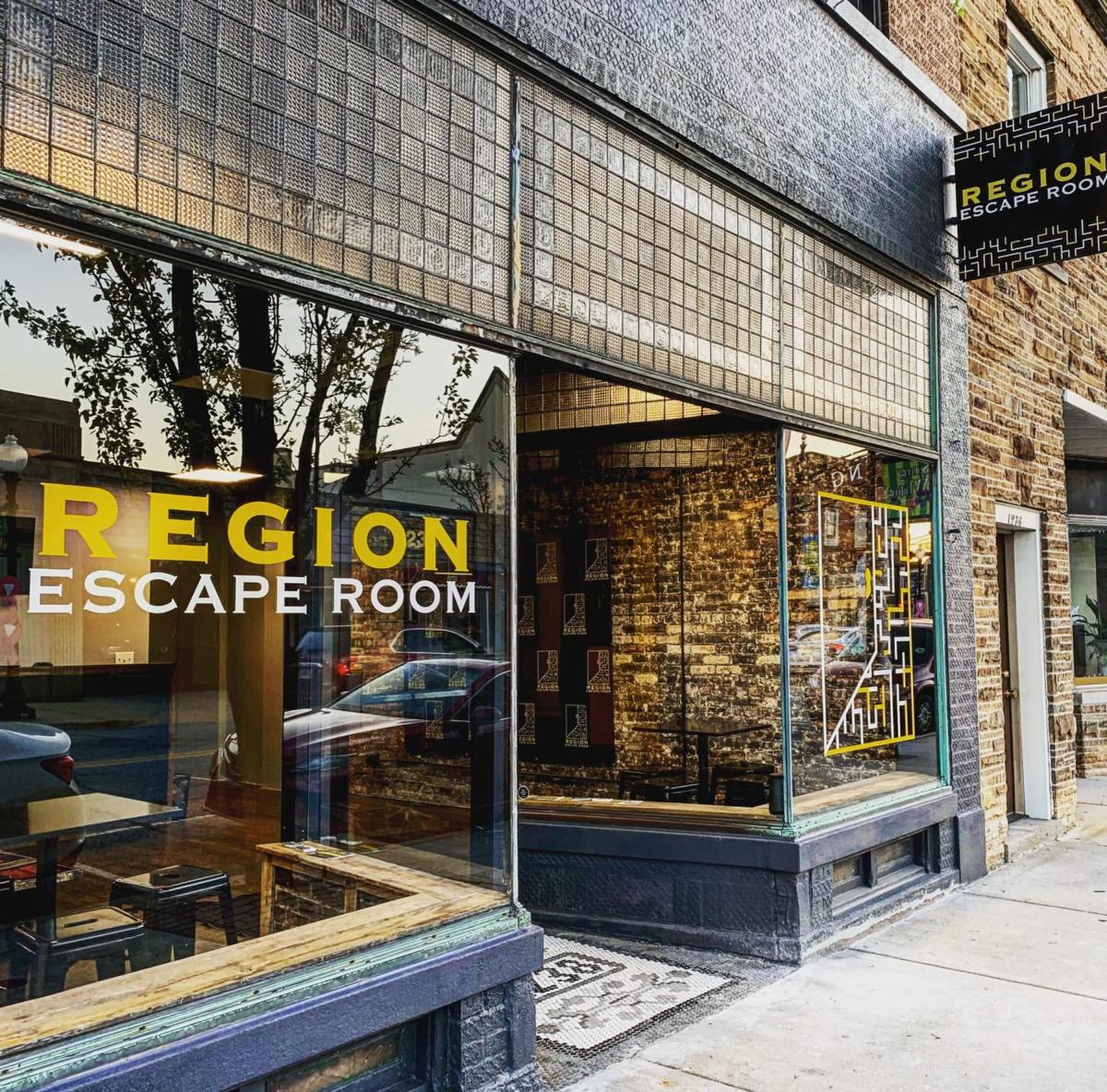 Jessica Schmidt and Rachel Boland, friends since grade school, were hanging out at Pierogi Fest last year, discussing going into business together.

"We had corporate jobs and were really looking for a change," Boland said. "We were spit-balling what would work in Whiting."

They settled on the idea of an escape room, an immersive adventure game in which teams have an hour to hunt for clues, solve puzzles and decipher codes to get out of the room.

Boland, Schmidt and her husband Justin Schmidt recently opened Region Escape Room at 1238 119th St. in Whiting. It joins the slew of escape rooms that have popped up in the Region in recent years, including Escape Room NWI in Schererville, Lock In: NWI Escape Room in Crown Point, Locked In At The Lake in Cedar Lake, Mission: Escape in Chesterton, Xscape Quest in Michigan City, and Espionage Escape Rooms, Paradox Escape Rooms and Survival Escape Rooms in Valparaiso.

Most escape rooms are open by appointment only, when groups of two or more book the room for an hour. But Region Escape Room keeps regular business hours because its downtown Whiting location and proximity to attractions like Whihala Beach, the WhoaZone floating water park, and the Mascot Hall of Fame mean a lot of walk-in traffic. Many people popped in during this year's Pierogi Fest.

"It's a completely new experience to our area," Justin Schmidt said. "We've had 750 people in the first couple months and gotten nothing but incredible feedback, nothing but five-star reviews online."

They have built out two escape rooms so far in the 2,400-square-foot former office building, including the noir-themed murder mystery game called "Who Murdered O'Malley" in which private detectives sleuth around a police station and a science fiction scenario called "The Simulation" that might call to mind a popular film.

Region Escape Room attracts a mix of the curious, those looking to try new activities and hardcore escape room enthusiasts who have been to dozens or more escape rooms, Justin Schmidt said. It draws customers from all over Northwest Indiana and beyond.

"We get people coming in from Kankakee, Sauk Village or Chicago who are looking to try new rooms," he said. "Playing the game can be addictive. There's something about a physically interactive experience at a time when we're totally encompassed by digital experiences."

Escape rooms long have been popular in Europe and Asia, but have just recently been catching on in the United States, Boland said.

"It's a good way to have a group activity that does not really involve phones or televisions," she said. "It involves exercising your mind, piecing together a puzzle, working part of your mind you otherwise wouldn't."

Later this year, they plan to open a third room that Jessica Schmidt, who's also a backup singer for the popular local band Echos of Pompeii, describes as "surreal with a horror theme but not super-scary." The hope is to have it open in time for the Halloween season.

They are still developing a theme for the fourth room that should open next year, and plan to start swapping out rooms after about a year or two.

"It's an adrenaline rush but in a safe way," she said. "It's heart-pounding like skydiving when you unlock that final box and solve the mystery. You're the main character in this story and it's immersive. We give you flashlights in 'Who Murdered O'Malley' so you feel like you're really sleuthing around and not supported to be there. A lot of people are nervous about being trapped or claustrophobic but they're not really locked in and could leave the room at any time if there were an emergency. It's a family-friendly experience, a mind game that makes you think outside of the box.

If you're looking for a place to celebrate kids' birthdays and are tired of the same old pizza place, bounce house and trampoline park options…

The popular agritourism destination Fair Oaks Farms has opened a new hotel to cater to visitors and wedding guests.

You're locked in a room, possibly with strangers, and must figure out who murdered a police detective, or how to prevent humanity from being f…

You're a secret agent trapped in an enclosed room.

ALBUQUERQUE, N.M. — The manhunt for the second of two New Mexico convicts ended Saturday in an Albuquerque apartment with the fugitive surrend…

Voting underway for 2020 class of National Mascot Hall of Fame

Public voting is underway for the next round of mascots to enter the hallowed and furry halls of the National Mascot Hall of Fame in Whiting.

Indiana's first-ever high school mascot was a well-known cartoon character from the silent film era at the beginning of the 20th century.

Events and attractions draw people to downtown Whiting, which has seen an influx of new businesses in recent years like Standard Taproom, the Region Escape Room and the upcoming Grindhouse Cafe.

Photographer Tyrell Anderson will display his work in the upcoming "Unapologetically Noir" exhibit at at the Marshall J. Gardner Center of the Arts.

Man reports being robbed of guns and cash in Chesterton park, police say

A Hammond man reported being robbed of guns and cash in Chesterton park, but police have questions.