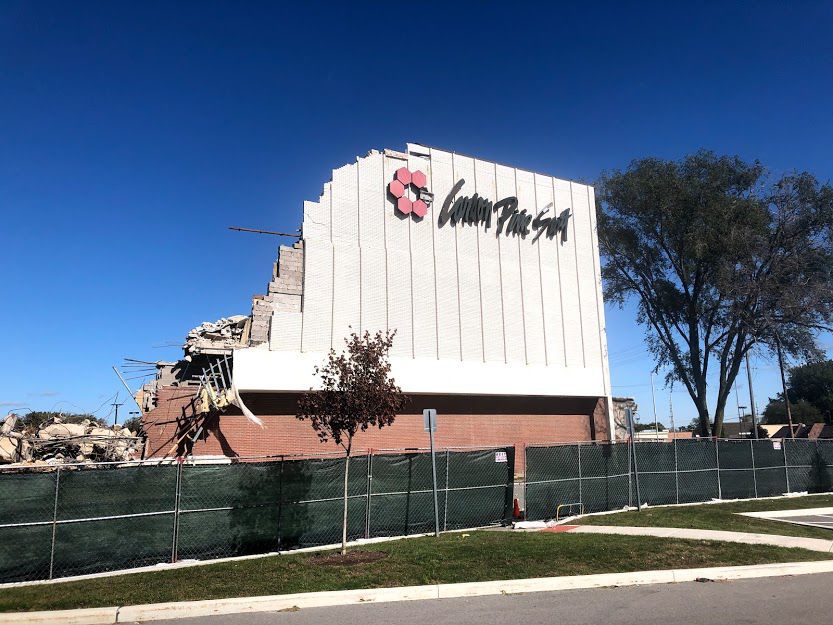 Hammond tore down the vacant Carson's at the former site of Woodmar Mall last year. 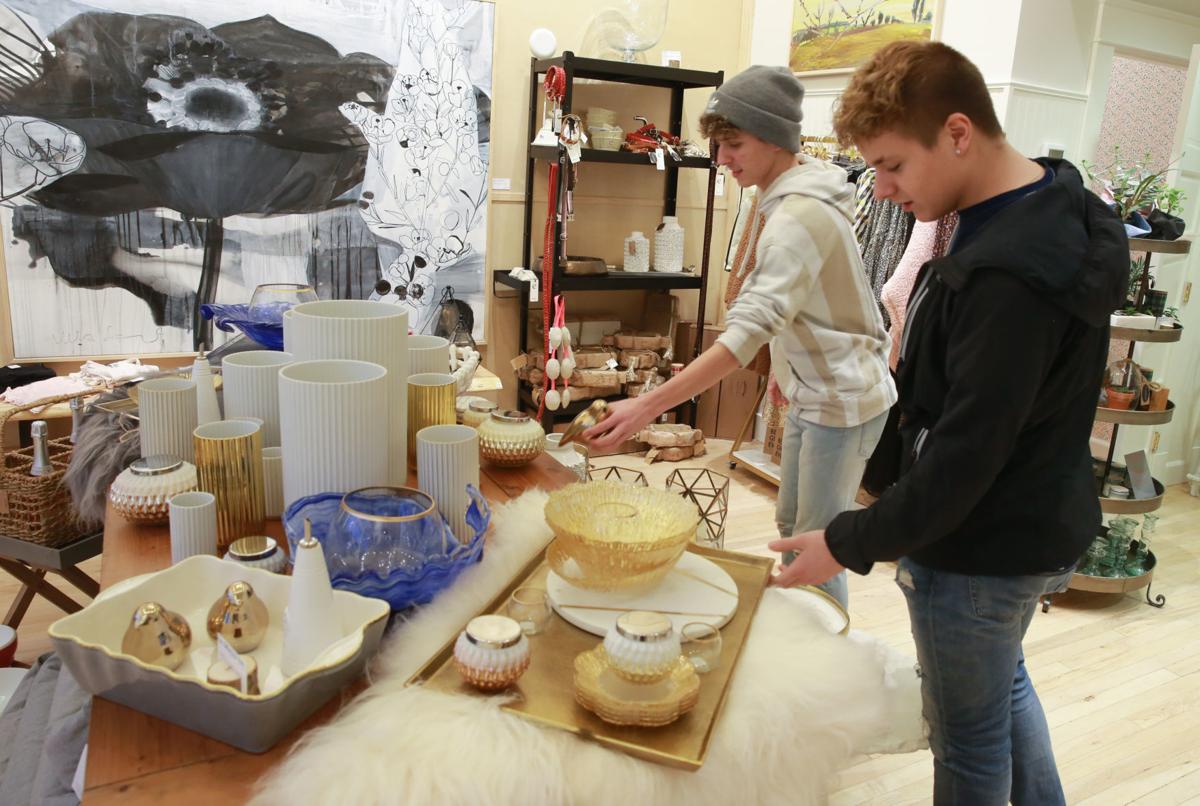 Over the last few years, Amazon vans on the streets and cardboard packages on porches have become a common sight in the Region.

More and more Northwest Indiana residents have gone online to shop at e-commerce websites like Amazon, Warby Parker, Wayfair, Zappos, eBay, Etsy, Bonobos, Jet and Wish. Online retail has gone on to capture more than 11% of the overall market, according to the U.S. Census Bureau.

The traditional brick-and-mortar retail industry — both in Northwest Indiana and nationwide — has suffered as a result. The Calumet Region has seen many stores shutter locations in recent years, including Sears, Kmart, Carson's, Pier One Imports, MC Sports, Sports Authority, H.H. Gregg, Gordmans and many more.

The challenges for physical retailers in Northwest Indiana are only likely to escalate over the next 20 years or so, Indiana University Northwest Assistant Professor of Economics Micah Pollak said.

"In the retail industry, there are powerful competing forces at work. On one side there is the intense pressure on traditional brick-and-mortar retail firms from online retail giants like Amazon. The 'retailpocalypse' in recent years is clear evidence of this, as firms shift to and struggle to compete online," Pollak said.

Traditional shopping malls and department stores likely won't exist in their current form in the next two decades, he said.

"The firms most likely to survive, if not thrive, are those that can take advantage of a niche, either in terms of size, location or product, to give them leverage over their online counterparts," Pollak said.

As the second most populous metro in the state, after Indianapolis, the Region is a hub for retail that includes the Southlake Mall in Hobart and surrounding trade area in Hobart and Merrillville, the Lighthouse Place Premium Outlets in Michigan City and big outdoor open-air shopping centers like Highland Grove in Highland, Shops on Main in Schererville, the Marina District in Hammond and the Valparaiso Marketplace in Valparaiso.

But amid deindustrialization, population shifts and the lure of gleaming new developments, the Region already has lost many malls, including Woodmar Mall in Hammond, Century Mall in Merrillville and the Marquette Mall in Michigan City. Others are a shadow of their former selves, like The Village Shopping Center in Gary and the River Oaks Center in Calumet City.

That's taken a toll on employment in the retail sector, which has traditionally been an entry-level, fallback or transitional job.

And the transition from traditional brick-and-mortar retail jobs folding sweaters and ringing cash registers to grueling warehouse work has taken a toll on workers, Pollak said.

"There is mounting pressure on the online side of retail as the rush to drive down prices and provide faster and faster delivery crushes workers," Pollak said. "Amazon alone directly employs about 5% of all workers in the retail trade and many, many more indirectly. These employees, whether in enormous warehouses or delivering door-to-door, generally face grueling working conditions, which gives Amazon an advantage over competitors but cannot continue indefinitely."

"Ultimately, this pressure must end in either gains for workers, which will subsequently raise prices and give traditional retail some relief, or, as in manufacturing and heavy industry, the further replacement of workers with automated systems such as robotics in warehouses or automated delivery systems," he said. "In the next two decades, what goods we buy from whom, how much they cost and how they get to us may change substantially."

But the health of the retail sector ultimately depends upon income, which has been stagnant nationally and laggard in Indiana for many years.

"We know that brick-and-mortar retail has taken a hit for the past several years while online retailers are doing relatively well," said Anthony Sindone, clinical assistant professor of finance and economic development Purdue University Northwest, where he is director of the Center for Economic Development and Research. "However, retail revenue is a function of consumer income."

The middle class has been declining for years, as have retailers that catered to the middle class like Dominick's and Treasure Island Foods in Chicagoland.

"If consumers can grow incomes at a rate at least equal to the growth in GDP, then we will see retail sales growing at a similar rate," Sindone said. "There are many assumptions underlying such a statement. For example, we assume that the middle class demographics will not change significantly over the next 20 years."

Retailers likely will bifurcate more and more to cater to discount and upscale shoppers, leaving a void in the middle.

"The trend, however, suggests that the middle class continues to be squeezed out," Sindone said. "That means retailers will shift their market focus from the middle class to a few rungs below and a few rungs higher than the middle class shopper. This is why we see more discount stores springing up while the up-scale retailers are also doing well. I see this trend continuing for the foreseeable future."

Retail centers also likely are destined to continue their inexorable march south in Lake County in the coming years, following the shift in population from the northern industrial cities to the southern farm fields converted into suburban subdivisions.

Developer Bruce Boyer, who built Shops on Main in Schererville, plans to construct Shops 96 at U.S. 41 and 96th Place in St. John as his next project. And the $250 million Fountains of Crown Point development would radically transform Interstate 65 and U.S. 231, bringing hotels, a bowling alley, a theater, restaurants and many new retail options.

Beginning today, we're presenting Visions 2020, a special section to run each of the next three Sundays detailing the best and brightest visions for Northwest Indiana's future.

The Northwest Indiana economy almost always grows less than both the rest of the state and the nation.

The Northwest Indiana Forum and its allies have been pursuing a multipronged approach to igniting economic development across the Region, incl…

Region's industrial workers getting raises is 'shot in the arm' for local economy, professor says

The Region's industrial workers are getting raises for the first time in years.

As consumer goods prices have come down over time, you don't see many television repair shops, tailors and cobblers anymore.

The Southlake Mall seeks artists to paint giant Easter Eggs as it decorates for the Easter season.

State officials hail it as "a really great story in emission reduction."

Up Your Alley bowling, ax-throwing and entertainment center rolls into Schererville

The 55,000-square-foot Up Your Alley bowling, ax-throwing and entertainment center has rolled into in Schererville.

A Crown Point student is being kept home for two weeks after coming into contact with a student at Avon schools that are being closed to prevent coronavirus contagion.

The Southlake Mall is taking precautions over coronavirus, including sending sick employees home and removing chairs from common areas to encourage separation.

Indiana is looking to assist displaced workers by offering unemployment webinars and waiving requirements that unemployed workers must visit a Work One to remain eligible.

The super-regional mall at U.S. 30 and Mississippi Street will suspend operations at 7 p.m. Monday and stay closed until April 8.

Though Gov. Holcomb is expected to loosen stay-at-home restrictions, Michigan City plans to keep its local stay-at-home order in place.

Several businesses were shut down on the Torrence Avenue commercial strip in Calumet City and Lansing.

Region bowling alleys are rolling along as best they can after COVID-19 dealt a devastating strike to their business. Most were closed for months and are struggling with slower volume.

Carson's, the iconic Midwestern department store chain that has been run out of Merrillville as an e-commerce site since it collapsed into bankruptcy in 2018, closed its only remaining brick-and-mortar store in Evergreen Park, Illinois.

The era of e-commerce has been a challenging one for the Region's retailers, leaving many storefronts both big and small empty in recent years.

Indiana gained 32,529 new residents this year, growing by less than 1% and continuing a ongoing trend of slow population growth, according to the U.S. Census Bureau's annual estimate.

Hammond tore down the vacant Carson's at the former site of Woodmar Mall last year.