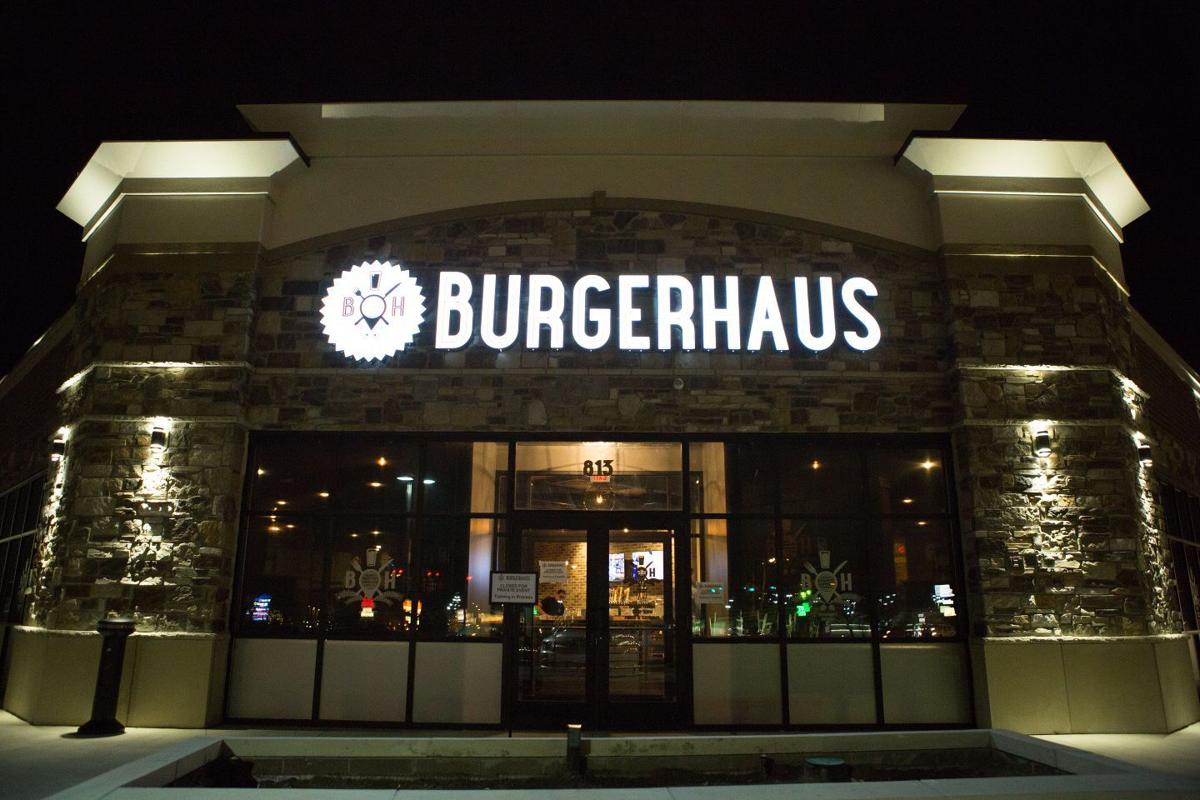 The new Burgerhaus restaurant, on the corner of U.S. 30 and 41 in Schererville 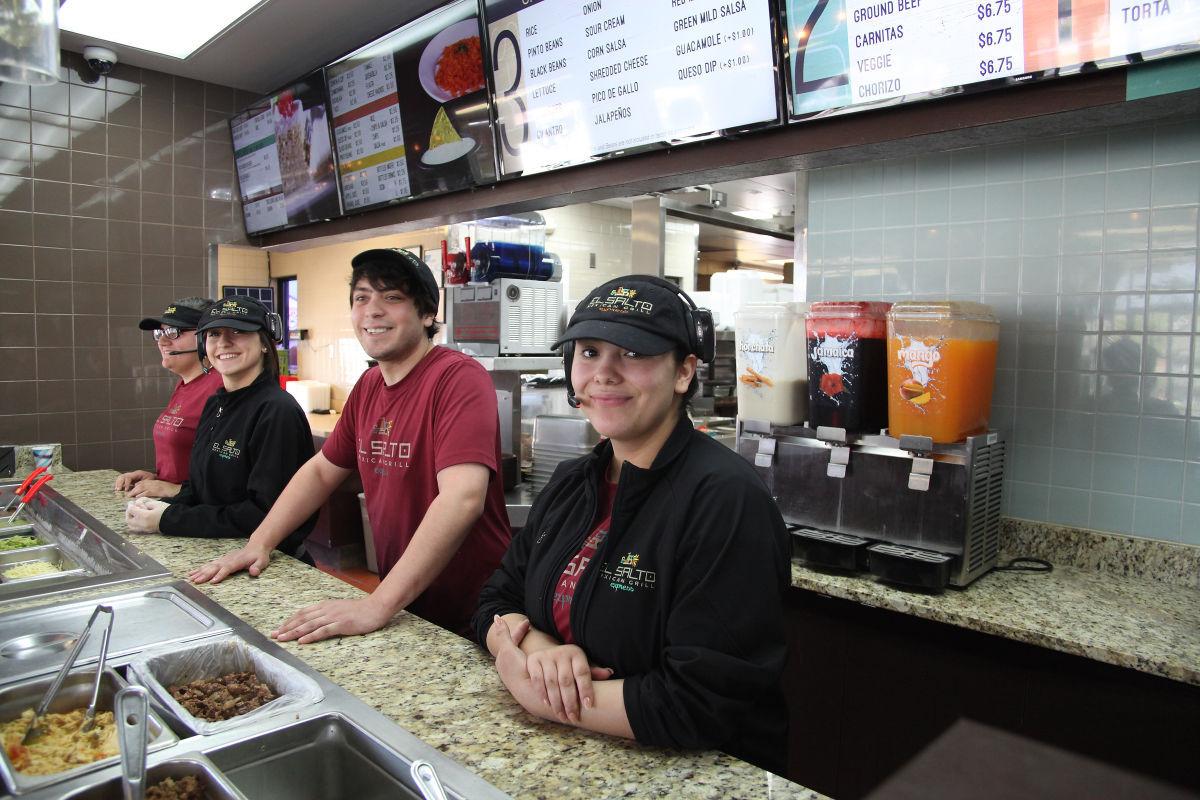 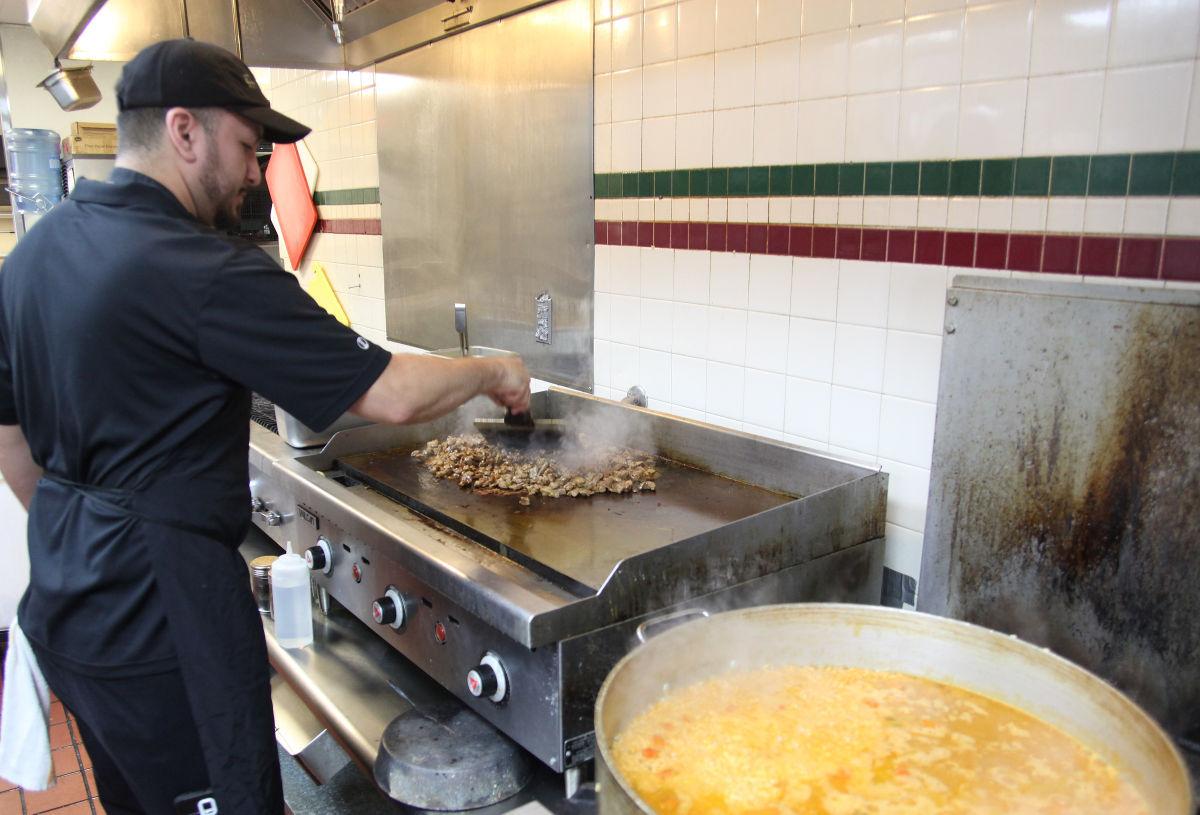 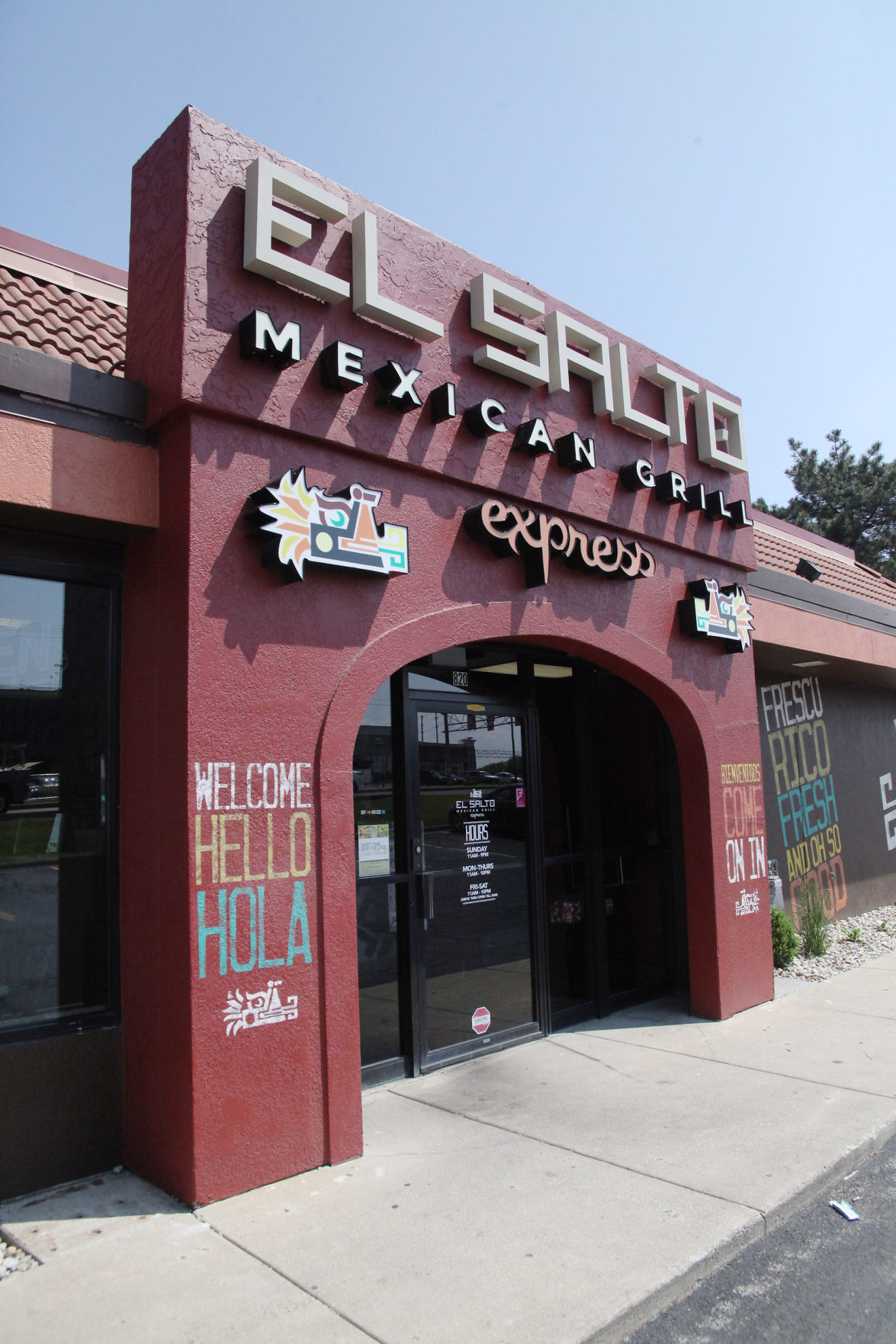 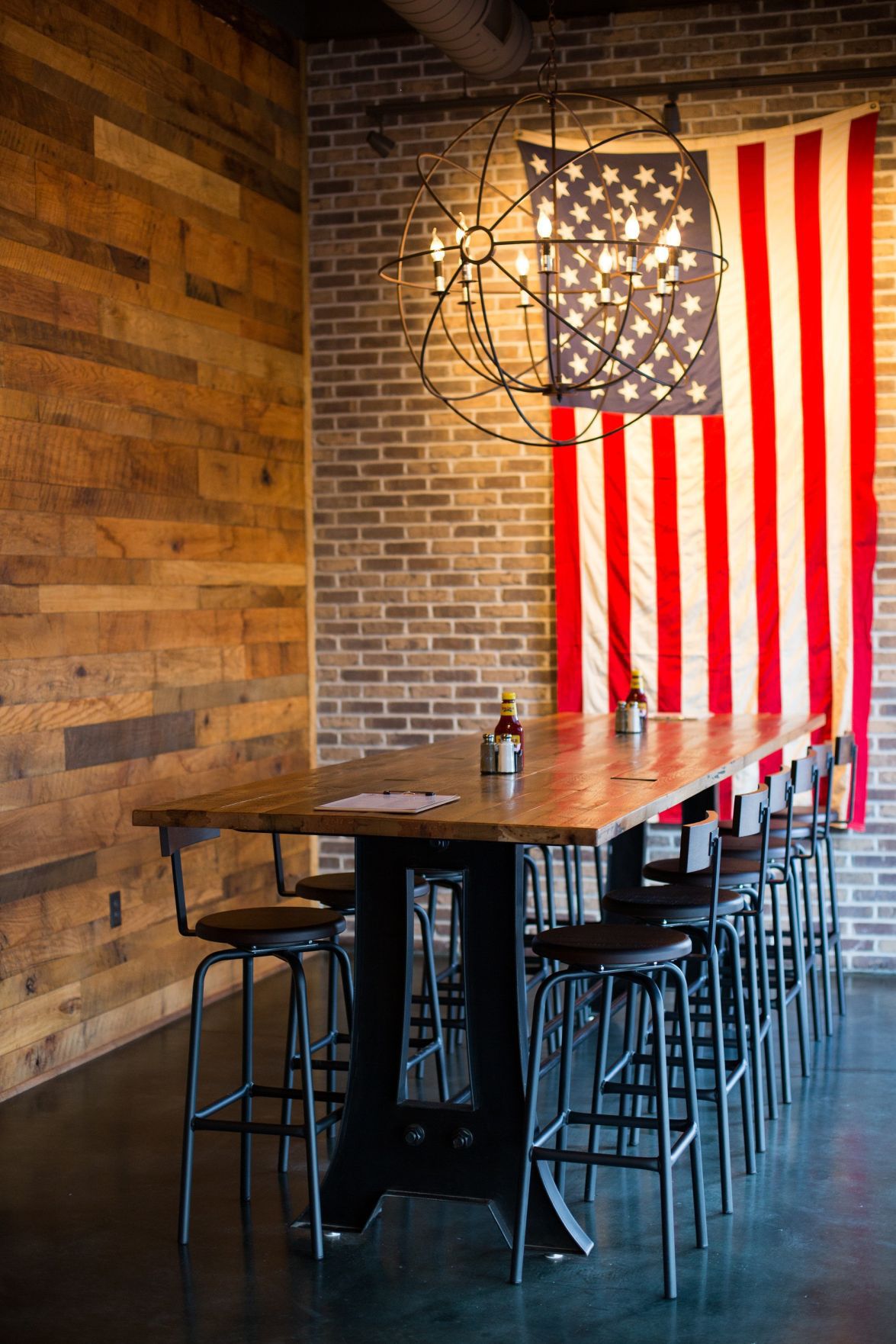 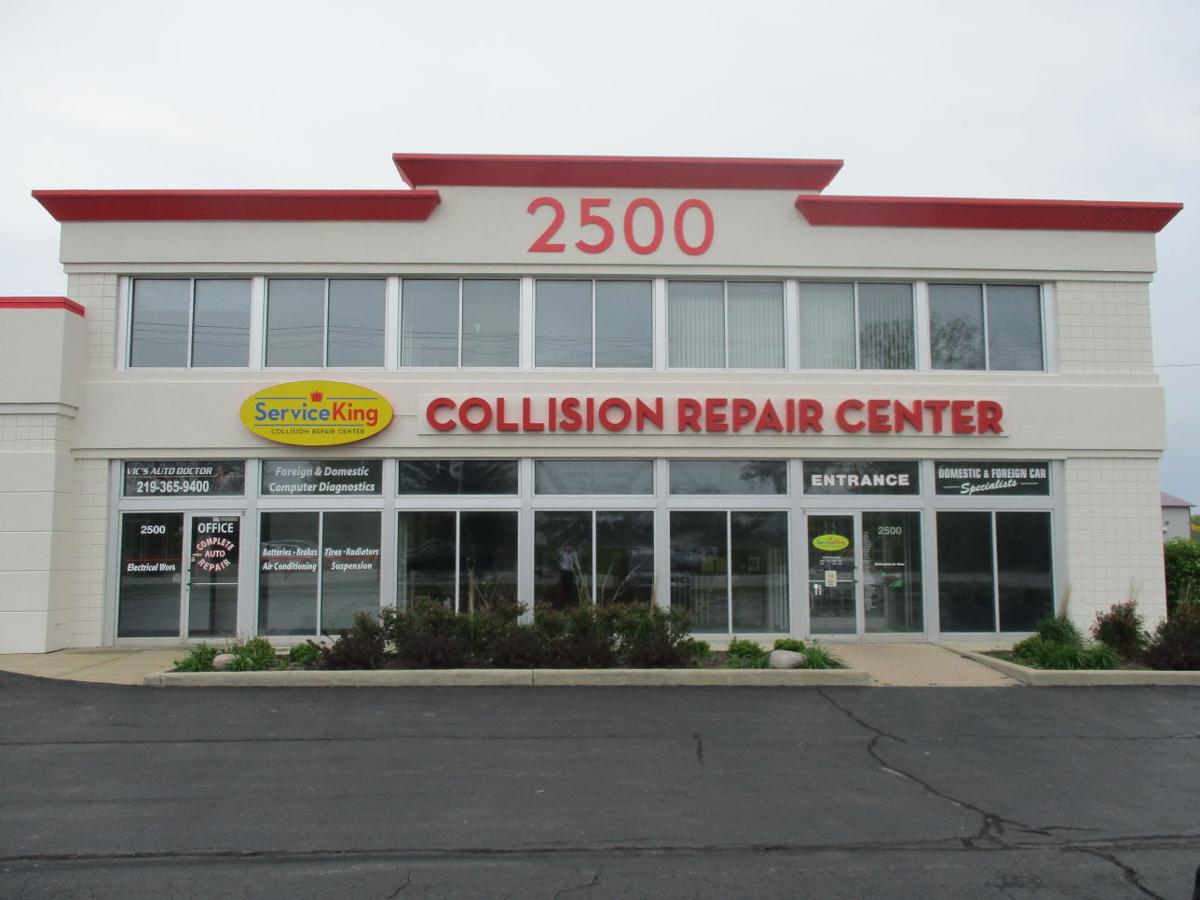 When Robert Mendoza was seeking a location for his new restaurant, El Salto Express, Schererville seemed the perfect spot.

“We’re at the Crossroads of the Nation—U.S. 30 and U.S. 41—so it’s a very business corner,” says Mendoza, who with his business partner and brother, Rosendo Mendoza, owns five El Salto restaurants with another one due to open later this May in Portage.

Styled more like a Chipotle, with a more limited menu than his other four restaurants, the authentic Mexican eatery took over and upgraded from a former Taco Bell in the old town hall. Mendoza knows the corner well as he has lived in Schererville, which he describes as a very nice quiet town, since 2003.

“Business is very good and all the stores are very close by, so it’s easy for people to get around,” he says. “I love Schererville. It’s a very good place to live and to own a business.”

Indeed, the term “Crossroads” is reiterated by many of the new businesses that recently opened in Schererville, which this year is celebrating its 150th anniversary. Nicknamed the Lincoln Highway, U.S. 30, established in 1913, was one of the first transcontinental highways for automobiles. The roadway bisected U.S. 41, a north-south route running from Miami, Florida, to Michigan’s Upper Peninsula. And while many small towns have stagnated over the years, Schererville, though retaining its small-town charm, is also seeing new businesses opting to join the community, a perfect fit of honoring the past but embracing the future.

“Our location at the Crossroads of U.S. 41 & U.S. 30 makes Schererville a destination point,” says Robert Volkmann, town manager of Schererville, adding that the Schererville building department staff answer questions on a daily basis and field inquiries from businesses looking at property or considering Schererville as a location.

"At Burgerhaus we believe every dining experience should be an adventure,” says Evan Costas, owner/operator of the family-owned eatery, a gourmet burger and craft beer restaurant with locations in Valparaiso, Indianapolis and now in Schererville. “Drawing our inspiration from cities and regions across the globe, we developed a unique menu that features the finest flavors in the known world.”

Costas says that the company is thrilled to have had the opportunity to just recently open their third Burgerhaus location in the Schererville market.

“Being located at the corner of Route 30 and Highway 41, the Crossroads of America, has opened our eyes to some of the fantastic and unique history of the Region,” he says, “as well as the important role it has played in the legacy of our great nation. We have been open for just over a month and we look forward to being a part of the Schererville community for years to come."

To give back to the community, Costas says that currently all three of their restaurants are committed to their partnership with Kids Alive International, based out of Valparaiso.

“For every burger we sell, we provide a balanced meal to a underprivileged child throughout developing countries,” Costas says. “Since the inception of this program, back in May of 2014, we have been able to provide over 220,000 meals.”

Vegas Café, another new restaurant, brings a Las Vegas atmosphere to Schererville with its Sin City décor, daily raffles, themed menu, and live entertainment on Saturdays. Featuring great coffee, sandwiches and an open kitchen where the food is prepared in front of customers, Vegas Café is a unique addition to Schererville’s growing culinary scene.

A newcomer to Schererville’s service industry is Service King, an auto body repair and paint shop with locations throughout the United States.

Jenkins says that although they’re new to Schererville, the company looks forward to a long and prosperous future with the community.

“Our team is intentional in growing alongside people, customers and business partners that align with our core values,” he continues. “Schererville, its residents and proud 150-year heritage certainly fit that mold.”

When asked why he thinks Schererville is attracting new businesses, Volkmann credits the town’s progressive leadership.

“Schererville’s focus is on providing safe family-oriented developments,” he says. “These, maintained with a high level of service and modern municipal systems, create an attractive location for both families and business to exist.”

Learn to dance in Schererville

You wish you could get out on the dance floor, to bust a move or step into a graceful waltz—without looking like a klutz.

Steven Handel enjoys helping the people of his local community.

There is a place where hope abounds and dreams are not impossible, no matter how high the odds seem stacked against success. It’s a place firs…

The new Burgerhaus restaurant, on the corner of U.S. 30 and 41 in Schererville