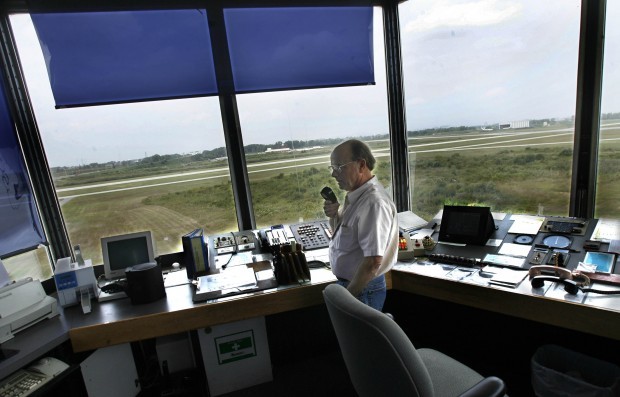 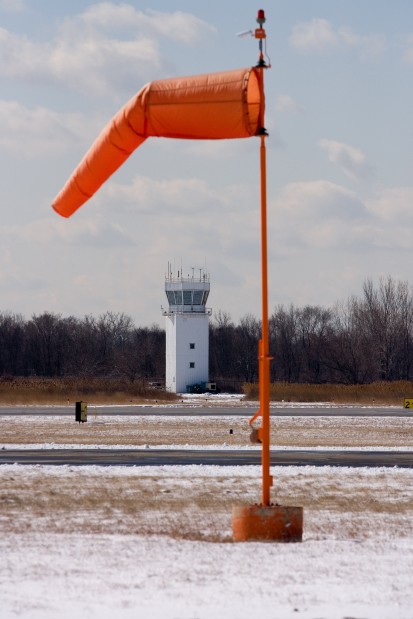 "The airport control tower would be shut down," Landry told the authority board at its regular meeting at the Airport Administration Building. "There would be no staffing if those procedures (sequester) go into effect. None at all. That's correct."

The airport will remain open to airplanes, but they will have to follow Federal Aviation Administration guidelines for landing without a control tower, something that would make landing planes less efficient, Landry said.

"It will not affect the safety of the airport," Landry said. "It is more of an efficiency factor."

Currently, the Gary airport is the only one in Northwest Indiana with a control tower.

The Federal Aviation Administration is considering closing more than 100 airport control towers across the United States if the federal sequester cuts go into effect, according to information released by the FAA. Midway International in Chicago could have overnight shifts eliminated.

Separately, the federal government has been warning of long security lines at large airports such as Midway and O'Hare International Airport.

The FAA is seeking to reduce expenditures by approximately $600 million for the remainder of its fiscal year to comply with the sequestration.

That sequestration takes effect Friday if negotiations in Congress  cannot come to an agreement with President Barack Obama on avoiding the budget cuts.

Landry said he could not predict if closing the tower at the Gary airport will keep planes away, which would effect the airport financially because it collects landing fees whenever an aircraft comes in.

He said it's all up to aircraft pilots if they want to keep coming to the airport.

NIPSCO announced it could retire its coal-fired Michigan City Generating Station on the Lake Michigan lakefront up to two years earlier.

Mrvan tells EPA 'more must be done to prevent discharges'

Mrvan wrote a letter to the Environmental Protection Agency saying, "simply mitigating environmental violations after the incident is not sustainable and cannot continue to be the norm."

Buying a house near the Indiana Dunes National Park is about 328.52% more expensive than buying an average property anywhere else in Indiana, a new study found. That's the second-highest premium for buying a property near a National Park anywhere in the country.

Indiana has the 15th lowest cost-of-living adjusted minimum wage in the country, a new study found.

The Cleveland-based steelmaker, one of Northwest Indiana's largest employers, pulled in record profit of $1.3 billion, record revenue of $6 billion and recorded adjusted Earnings Before Interest, Taxes, Depreciation and Amortization in the third quarter.

U.S. Steel, one of the Region's largest employers, was named one of Newsweek’s "Most Loved Workplaces for 2021."

Indiana is offering $1.8 million in clean air grants funded by its share of the Volkswagen emissions scandal settlement in order to reduce diesel emissions across the state.

Referendum ballots are being mailed out to United Auto Workers union members, including at the Chicago Assembly Plant in Hegewisch and the Chicago Stamping Plant in Chicago Heights.