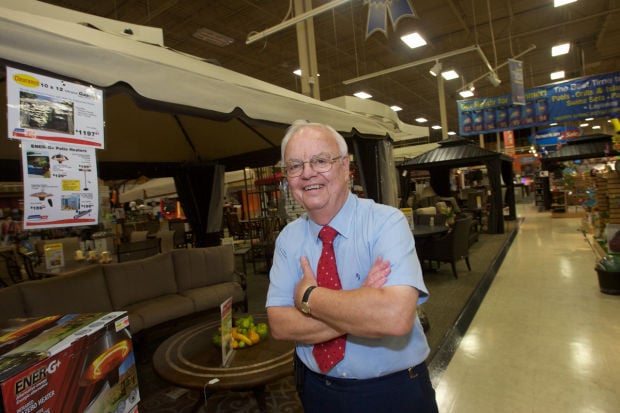 Robert "Bob" Jones Sr., of Crete, is the CEO of American Sale with nine locations in the Chicago area. “I believe you give 110 percent to the customer and you’ll always have plenty of customers,” Jones said. 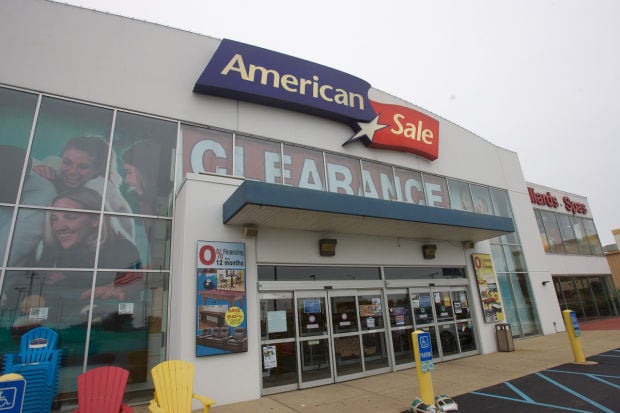 The Merrillville American Sale store, which sells pools, billiards and other recreational items.

CRETE | When Robert “Bob” Jones Sr. opened his first store 55 years ago he never imaged his business would grow into a chain with nine locations and a 215,000-square-foot warehouse.

Plus, American Sale, the region’s home recreation superstore has a large online business, something neither Jones nor anyone could even imagine possible in 1959.

“I never had any idea this would happen,” said Jones, CEO of American Sale. His son, Robert Jones Jr., is the company’s president.

Jones Sr., who has lived in Crete for 38 years and plans to remain there, credits his philosophy for his chain's ability to withstand the increased competition, economic downturns, and all the myriad of other factors that can negatively affect a retailer.

“I believe you give 110 percent to the customer and you’ll always have plenty of customers,” Jones said. “I learned when I had my first store, I was (the) only employee so when customers came in I gave them the best service I could, and I always buy products that are good for the customers. I always keep the customer number one instead of the pocket book.”

Jones also said he is “extremely price sensitive" and knows what other retailers are charging.

“I go out and shop all my competitors,” he said. “I do that myself.”

Not only is he vigilant in keeping his chain's prices below those of the big box stores, which are its main competition, he will “price match” any of their sales, Jones said.

“If someone runs an ad with a special price, we’re always happy to match that price,” he said. “Today everybody has to watch every dollar.”

The chain survived and grew during the recession of the late 2000s by lowering its prices, having better specials to attract customers and giving customers better deals, Jones said.

“Price is the motivator of everybody,” he said.

Named Illinois Retailer of Year as it celebrated its golden anniversary in business five years ago, the business began when Jones took a three-month lease on a small shop in Chicago’s Roseland neighborhood where he sold toys for the 1958 Christmas season. By the following June he rented a shop in Dolton and opened his first permanent store there in mid-August, 1959.

Jones opened a second store in Roseland in the early 1960s, calling it American Toy Distributors while keeping the old name on the Dolton location. In 1967, when the business began selling swimming pools, the company changed its name to American Pool Sales. The family-owned and operated company business dropped traditional children’s toys from its inventory and “toy” from its name in 1983 when it began selling billiard tables, spas and other adult-oriented leisure items.

“Expand? “ he said. “Not today, yet we’re always looking to expand. But I’m fine with nine stores.”

At 76, Jones said he doesn’t even think of retirement because he has no plans to ever quit working.

“I am never going to retire until I’m 6-to-8 feet under,” said Jones, who visits each of the chain’s stores every 10 days to two weeks to check on its merchandise, its employees and visit with its customers.

“Pleasing customers and keeping them happy is what it’s all about,” he said.

Dick's Sporting Goods will be the third major anchor in the last few years to leave the super-regional Southlake Mall, Indiana's second-largest mall.

The 1936 Lake County Title Co. building, most recently an antique store, is being town down.

A married couple who are both OBGYNs joined Franciscan Health Network and welcome new patients in Crown Point and Winfield.

A group of businesspeople hopes to bring back the air show that has historically featured U.S. Army Golden Knights, U.S. Air Force Thunderbirds and daredevil pilots.

CVS hiring to fill more than 1,000 jobs in Indiana and Illinois after bumping up its starting pay

CVS Health is hiring to fill more than 1,000 jobs in Indiana and Illinois.

U.S. Steel is looking for a site somewhere in the country to build a new $3 billion mini-mill.

Steel mills operating at more than 80% capacity utilization this year

The Hammond Sportsplex has proved so successful that the city is looking at expanding it to add more volleyball courts after just a few years.

Robert "Bob" Jones Sr., of Crete, is the CEO of American Sale with nine locations in the Chicago area. “I believe you give 110 percent to the customer and you’ll always have plenty of customers,” Jones said.

The Merrillville American Sale store, which sells pools, billiards and other recreational items.