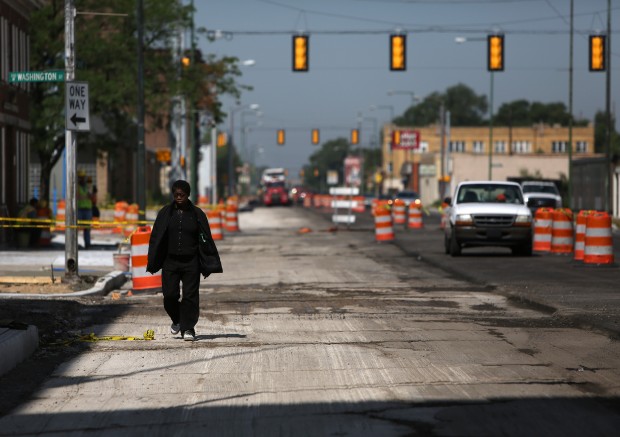 A pedestrian navigates around construction work on 5th Avenue near Washington St. in Gary. 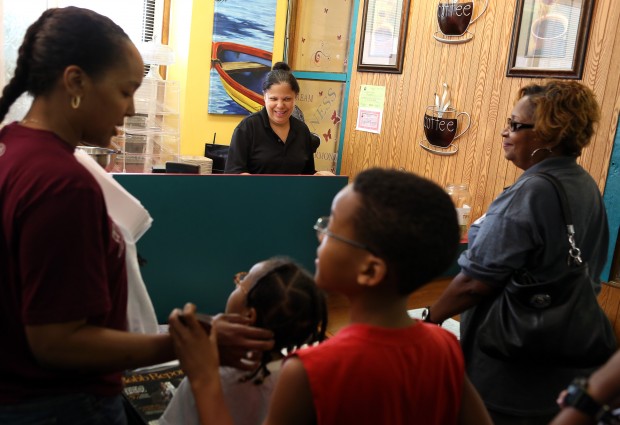 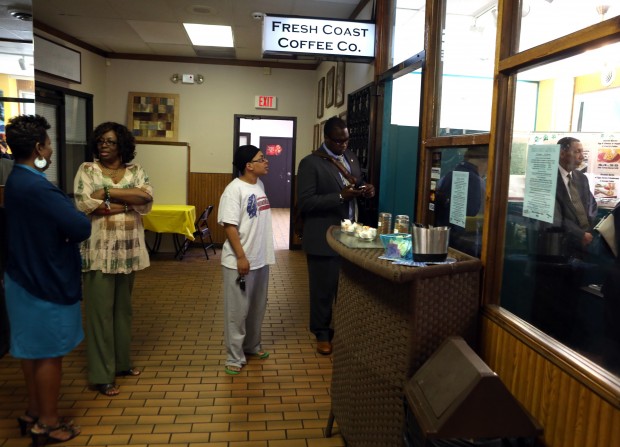 The lunch crowd lines up at Fresh Coast Coffee restaurant at the Calumet Township North Annex in downtown Gary. 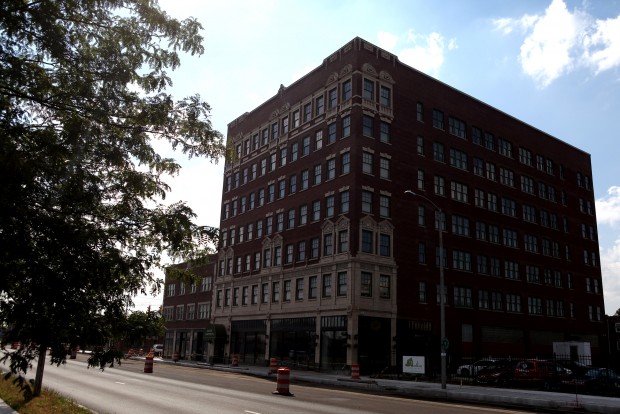 At the Dalton Apartments almost directly across 5th Avenue from the U.S. Steel Yard, Community Manager Angela Ridle says the brick paved plaza and stadium gate is something she points out to prospective tenants. 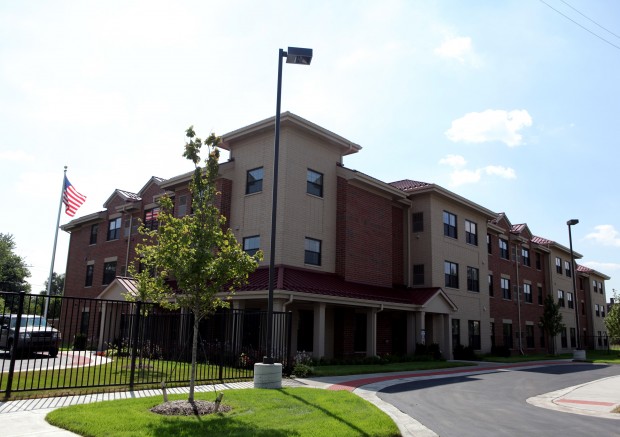 Business owners on Fifth Avenue east and west of the U.S. Steel Yard stadium all sing the same tune when it comes to what's needed to spur business success there.

"There is a lot of traffic out there," said Christopher Maxfield, 42, owner of a small building with apartments and shop space just across from the stadium. "I just wish it would slow down a little and that some of them would stop here."

Cars and big semi-trailers loaded with steel coils and other products whiz by his building all day on Fifth Avenue, which doubles as U.S. 12/20, a truck route carrying 10,000 vehicles per day.

Several blocks to the west and on the other side of the street, John Key, who operates a small eatery by the name Fresh Coast Coffee Co., makes the same observation.

"Our challenge is to get travelers along 12 and 20 to stop," Key said. "We would like people to have the choice to stop."

Business owners also belt out a similar refrain when it comes to the benefits of being located within site of the $45 million U.S. Steel Yard baseball stadium, home of the RailCats.

"The impact the stadium has had for me?" Key muses as business winds down for the day at Fresh Coast Coffee Co. "I'd say it's more a psychological benefit."

"It serves to mitigate a lot of the negative publicity the city of Gary has received," Key goes on to say. "Now thousands of people have come into Gary on a summer evening and had good family fun."

At the Dalton Apartments almost directly across Fifth Avenue from the stadium, Community Manager Angela Ridle says she brick paved plaza and stadium gate is something she points out to prospective tenants.

"We use it as a selling point," she said. "To have a baseball stadium right across the street ... It's like another amenity for the apartment."

Although having the stadium there is nice, it really hasn't translated into increased spending in shops and eateries like his in the area, Key said.

For that to happen, Key believes merchants in the area will have to pull themselves up by their own bootstraps with some kind of association to push for change. The city could lend a hand by starting with some beautification projects, perhaps utilizing new grass strips created by the INDOT Fifth Avenue reconstruction project underway all this summer.

She points out there is a dearth of stores to serve even the most basic needs of thousands of nearby residents who live in apartment buildings and a nearby affordable housing development.

Unlike most downtowns, Gary's does not host dentists or doctors, she said. There are no general merchandise stores such as Dollar General or Walgreens. Most residents drive, catch rides, or take the bus outside of Gary to grocery shop.

New stores in the downtown area would not just create shopping opportunities. They would create jobs, she said.

"If you had more businesses here where people could work, more people here would be able to go an enjoy the baseball," she said.

John Key said weeks after he and his wife opened their small restaurant earlier this year, the INDOT road project started. Orange traffic cones blocked access to his eatery and Fifth Avenue was restricted to two lanes with the rest becoming a sandy pit.

But he and his wife faced up to that, just like other merchants in the area, with a faith that Gary people can tough anything out.

"My feeling is totally optimistic," John Key said. "If you have a good product and good service people will beat a path to your door, even in historic downtown Gary."

More than a decade after the U.S. Steel Yard opened for business, 5th Avenue around the stadium remains very much a work in progress. There we…

After decade, Gary stadium's shine fails to light up neighborhood

GARY | It's not the Magnificient Mile.

RailCats contract with the city unlike one found 'anywhere else'

GARY | The city of Gary's contract with the RailCats franchise is unlike one found in most cities with minor league teams, said Bo Kemp, a sen…

Daniel Baker is a RailCats fan tried-and-true and proud to say "Gary born and raised."

A pedestrian navigates around construction work on 5th Avenue near Washington St. in Gary.

The lunch crowd lines up at Fresh Coast Coffee restaurant at the Calumet Township North Annex in downtown Gary.

At the Dalton Apartments almost directly across 5th Avenue from the U.S. Steel Yard, Community Manager Angela Ridle says the brick paved plaza and stadium gate is something she points out to prospective tenants.