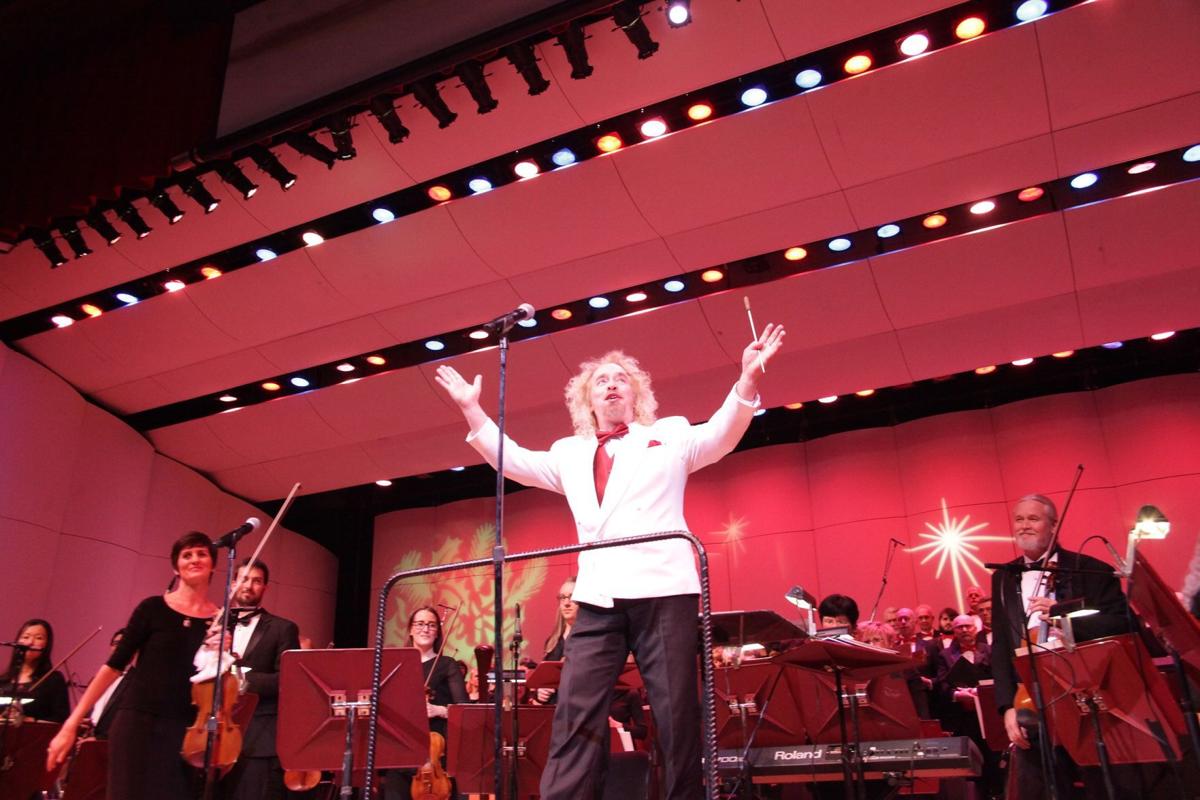 The Northwest Indiana Symphony Orchestra performs during the Holiday Pops concert at the Star Plaza Theater in December. Theater owner White Lodging is tearing down the venue and will redevelop the property. 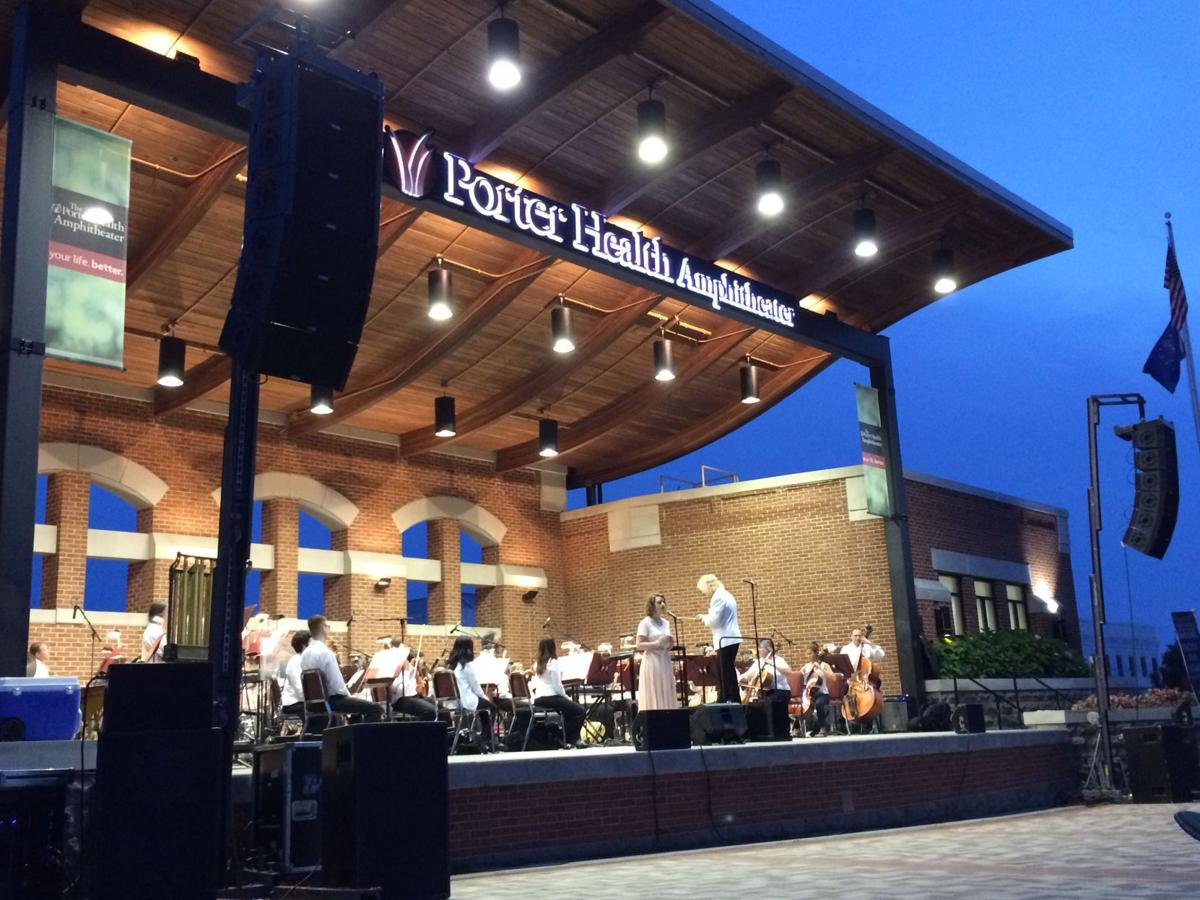 The Northwest Indiana Symphony Orchestra performs during Holiday Pops concert in December at the Star Plaza Theatre in Merrillville. Venue owner White Lodging is tearing down the venue and will redevelop the property.

Performing arts groups often follow a tried-and-true business model: Stage popular crowd-pleasers like “The Nutcracker,” “A Christmas Carol” and pops concerts to fill seats, and subsidize more artistic programming throughout the rest of the year, such as classical concerts.

The Northwest Indiana Symphony Orchestra is no different, relying on ticket sales to its holiday pops shows as one of its biggest sources of revenue, Executive Director John Cain said.

“They call them pops because they’re popular,” he said.

For decades, the 75-year-old symphony orchestra — one of the largest in the state — played its pop shows at the 3,400-seat Star Plaza Theatre in Merrillville, the Region's largest venue. However, with owner White Lodging planning to tear down the landmark concert site after hosting its final show, an Oak Ridge Boys concert in December, the symphony faces an uncertain financial future.

“This is potentially devastating for the Northwest Indiana Symphony Orchestra,” Cain said. “No other venue (in the Region) is as large, and we sold it out.”

White Lodging's plan also involves tearing down the nearby Twin Towers office complex to redevelop the 30-acre site it owns northwest of U.S. 30 and Interstate 65. The company isn’t saying what the redevelopment will involve other than a new hotel, but symphony officials doubt a new music venue is part of the plan.

Former Star Plaza CEO Charlie Blum said the symphony often sold out the venue, the third-largest in the Chicago market after the Chicago Theatre and the Arie Crown Theatre in the McCormick Place Convention Center.

He said the Star Plaza used to bring big names on stage such as Itzhak Perlman and Frank Sinatra Jr. before orchestras across the country started running into financial challenges about two decades ago, but the symphony's pops concerts always remained a big draw.

Conductor Kirk Muspratt suggested last year, after White Lodging initially announced it would tear down the Star Plaza, that Northwest Indiana should consider building a concert hall the way the Indianapolis suburb Carmel built The Palladium at the Center for the Performing Arts.

Cain said it was unlikely the symphony could undertake such a capital campaign. He said fundraising already was challenging enough.

Knowing the Star Plaza would be gone after December, the symphony began scouting locations to play its final show for its 2017-18 season. The symphony plays classical concerts, such as this season's "The Mikado," "Valentine's Piano," and "Ballets by Tchaikovsky," in the auditorium of Bethel Church in Crown Point and will move its pops concerts to the 1,400-seat auditorium at Highland High School.

The new theater inside the $45 million, 126,300-square-foot, three-story Indiana University Northwest Arts and Science Building across from IUN's main campus on Broadway was considered but its capacity maxes out at 500 seats. The Theatre at the Center in Munster has just over 400 seats.

“We settled on it after looking at every venue in Northwest Indiana. It’s a nice school auditorium,” Cain said. “It’s very large and has good acoustics.”

The symphony had some reservations about staging a concert in a high school auditorium as it's not a professional theater, and could deter attendees who had grown accustomed to performances in major venues.

“We don’t know if our audiences will be as enticed by the prospect,” he said. “The school auditorium is nice, but it’s not a theater.”

And since the auditorium's capacity is smaller than Star Plaza's, the symphony will need to stage at least twice as many pops concerts to sell the same amount of tickets. Even if all the concerts sell out, it will bring in less net revenue because musicians get paid per performance, increasing overhead, symphony representatives said.

There’s also a concern whether top musicians will continue performing in the Northwest Indiana Symphony Orchestra if it no longer holds concerts in a professional theater, since most hail from Chicago and can play in larger halls.

Highland High School also isn’t as centrally located as the Star Plaza, which regularly drew audiences from Munster, Crown Point and Valparaiso, Cain  said. The symphony board considered staging pops concerts at different venues across the Region, but decided that could lead to potential confusion about which performance was where, on what night.

“It splinters the audience,” Cain said. “It’s already going to splinter the audience to have two performances instead of one night. Even if the same number of people come out, it will divide the community. You won’t see your friends because they might have gone the night before.”

The Star Plaza was one of a kind in the Region and will be missed, Cain said.

“It was an exceptional venue and it had an important role in Northwest Indiana,” he said. “It was a tremendous home for pops concerts and it will leave a gap.”

It's curtains for the landmark Star Plaza Theatre next year.

St. John, Winfield among the fastest growing towns in the state

Winfield and St. John again ranked among the fastest growing towns in Indiana with at least 5,000 residents.

At the end of the year, the Northwest Indiana Symphony Orchestra will lose the longtime home for its pops concerts when Star Plaza Theatre is …

Oscar Wilson, a 69-year-old Crown Point man who had been reported missing, was found dead Sunday in the woods in Winfield in south Lake County.

Forbes Magazine named Valparaiso University one of "America's Top Colleges" and one of the top 75 schools in the Midwest.

New art gallery opens in one of Highland's oldest homes

A new art gallery that bills itself as an "eclectic hub for art and art services" has opened in downtown Highland.

White Lodging is selling off nearly half of its hotels under management.

'Talking With...' play aims to be talk of Crown Point

The South Shore Orchestra, normally based out of the Memorial Opera House in Valparaiso, performs a show at 3 p.m. Sunday at Portage High Scho…

The Indiana Ballet Theatre's "Kaleidoscope: 20th Anniversary Collection” pirouettes into Valparaiso University this weekend with a promise of …

Star Plaza Theatre, Twin Towers to be torn down

The landmark Star Plaza Theatre got an encore, but it proved to be short-lived.

Diamond Bynum and her nephew, King Walker, vanished after they were last seen in Gary in 2015 and still have not turned up after years of searching

The Northwest Indiana Symphony Orchestra performs during the Holiday Pops concert at the Star Plaza Theater in December. Theater owner White Lodging is tearing down the venue and will redevelop the property.

The Northwest Indiana Symphony Orchestra performs during Holiday Pops concert in December at the Star Plaza Theatre in Merrillville. Venue owner White Lodging is tearing down the venue and will redevelop the property.