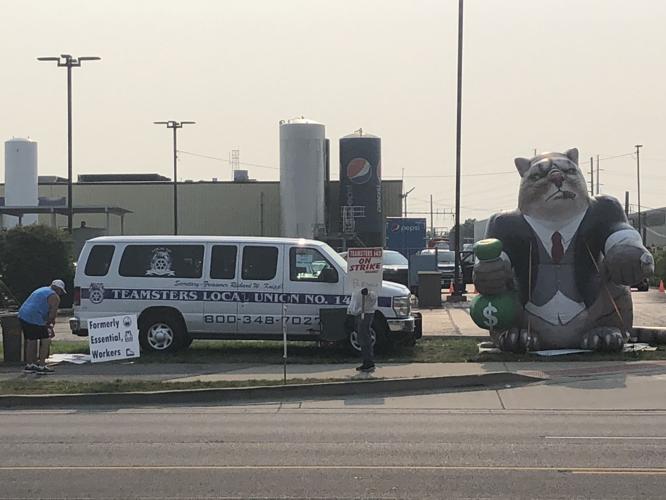 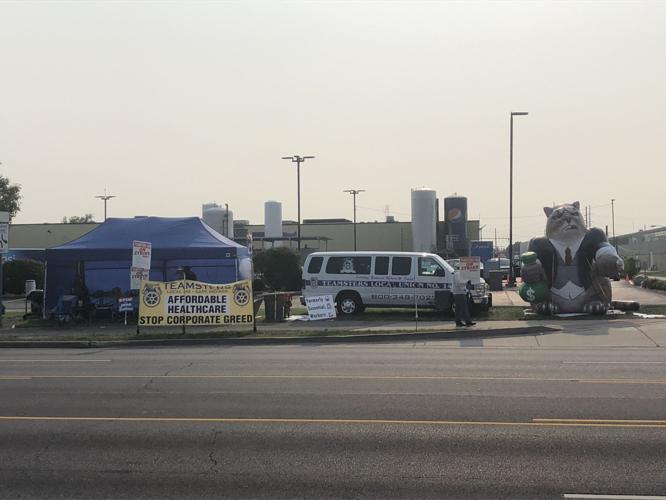 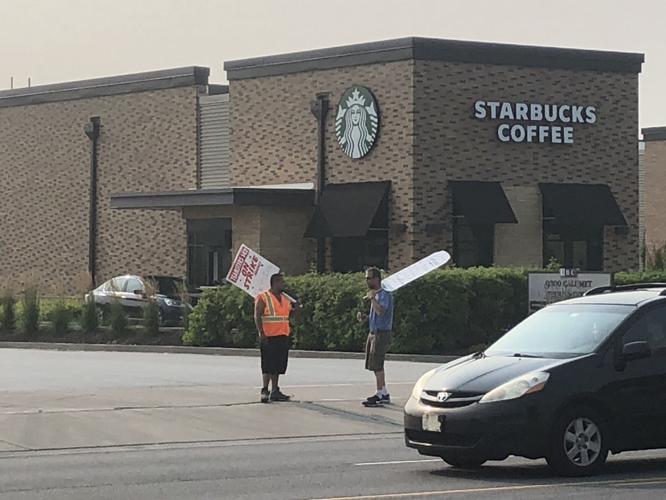 MUNSTER — A strike by truck drivers at the Pepsi bottling plant in Munster — the first since 1994 — has entered its second week.

Drivers represented by Teamsters Local 142 have manned the picket line on Calumet Avenue 24/7 since going on strike last Monday, though the number of picketers has shrunk as the strike has stretched on. The workers who haul Pepsi, Mountain Dew, Lipton Tea, Gatorade, Aquafina and Bubly sparkling water across the Midwest have installed a giant inflatable cigar-chomping fat cat clutching a bag of money outside the bottling plant.

Teamsters Local 142 Vice President and Business Agent Harvey Jackson said a planned meeting with Pepsi did not take place last week but the two sides hoped to return to the bargaining table soon.

Pepsi's four-year contract with workers expired in May, but was extended a few times as the two sides tried to reach a deal. Production workers at the plant approved a contract that would potentially increase health insurance premiums more than fivefold.

The truck drivers rejected the same plan that would raise health insurance premiums next year from $14-$36 a week to as much as $89 a week in four years. The drivers were less willing to accept such an increase in out-of-pocket costs because their income is more variable, depending on commissions and mileage as they drive Pepsi products to stores in Chicago, Detroit, Milwaukee, Indianapolis and other Midwestern markets, Jackson said.

Drivers cannot predict exactly what their income will be in four years, and some could end up seeing a decline in take-home pay four years from now because of the increased out-of-pocket expenses for health care, he said.

Pepsi did not immediately return a request for comment but has previously said the strike is "disruptive to all parties involved."

Workers at the Munster plant drive Pepsi products to stores across the Midwest, typically within a day's drive. Jackson said the Teamsters union has been able to provide shipping services to Pepsi more cheaply than outside carriers partly because of a lack of overnight and per diem expenses that longer truck trips necessitate.

State Rep. Mike Andrade, who joined the picket lines with workers last week, said he supported and would fight for the striking workers.

"We cannot have people not working right now," he said. "For the sake of our local economic development, we want to make sure everyone is working. We hope Pepsi comes to an agreement. There's no reason they can't. We're still dealing with a pandemic. They need to work this out. They need to not raise the premium. Maybe in a few years they can revisit it again but at this time there shouldn't be any reason why they're wanting to raise the premium, especially coming from a multibillion corporation."

Last year, New York State-based Pepsi had a market capitalization of more than $204 billion and revenue of more than $70 billion.

WATCH NOW: Harvey Jackson explains why production workers remain on the job while drivers strike at the Pepsi bottling plant in Munster

Truck drivers went on strike over a proposal to increase their health insurance premiums.

Union truck drivers, route drivers, merchandisers, and other delivery personnel working at the Pepsi bottling plant in Munster are going on strike Monday after rejecting the company's final contract offer.

“As a senior, I can definitely feel more confident than a freshman who’s just coming in,” she said. “Everyone there is just amazing."

United Steelworker union locals all across the Region recently elected new leaders who will represent workers at some of Northwest Indiana's biggest industrial workplaces.

Allen Woods Jr., of Hammond, allegedly admitted during an interview with detectives that he shot the men and was not legally permitted to own a gun because he is a convicted felon, records state.

Scabby the Rat, the giant inflatable rat unions often display at picket lines and work sites that use non-union labor in the Region, is protected by the First Amendment, a board has ruled.

“We’ve been good to Pepsi. We do a lot of business with them, but I can’t in good conscience continue to be a customer if they aren’t using union drivers," Mayor Thomas McDermott Jr. said.

After six weeks, the Teamsters union and Pepsi have reached an agreement ending the strike at the bottling plant in Munster. 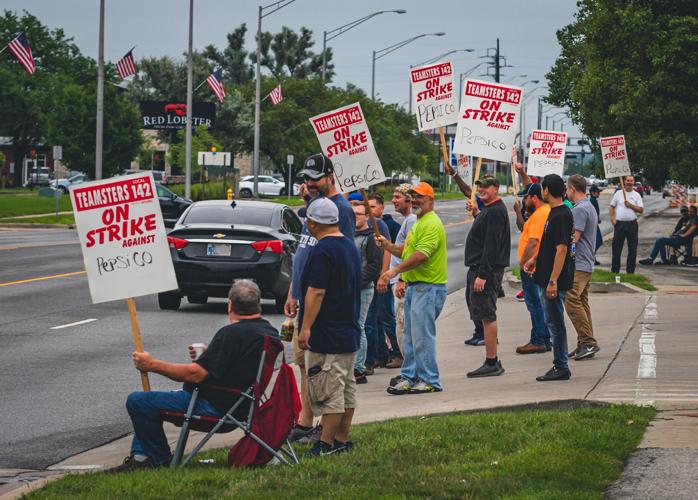 PepsiCo delivery workers picket outside the company's bottling facility in Munster last week after the company and Teamsters Local 142 union failed to reach a contract agreement.