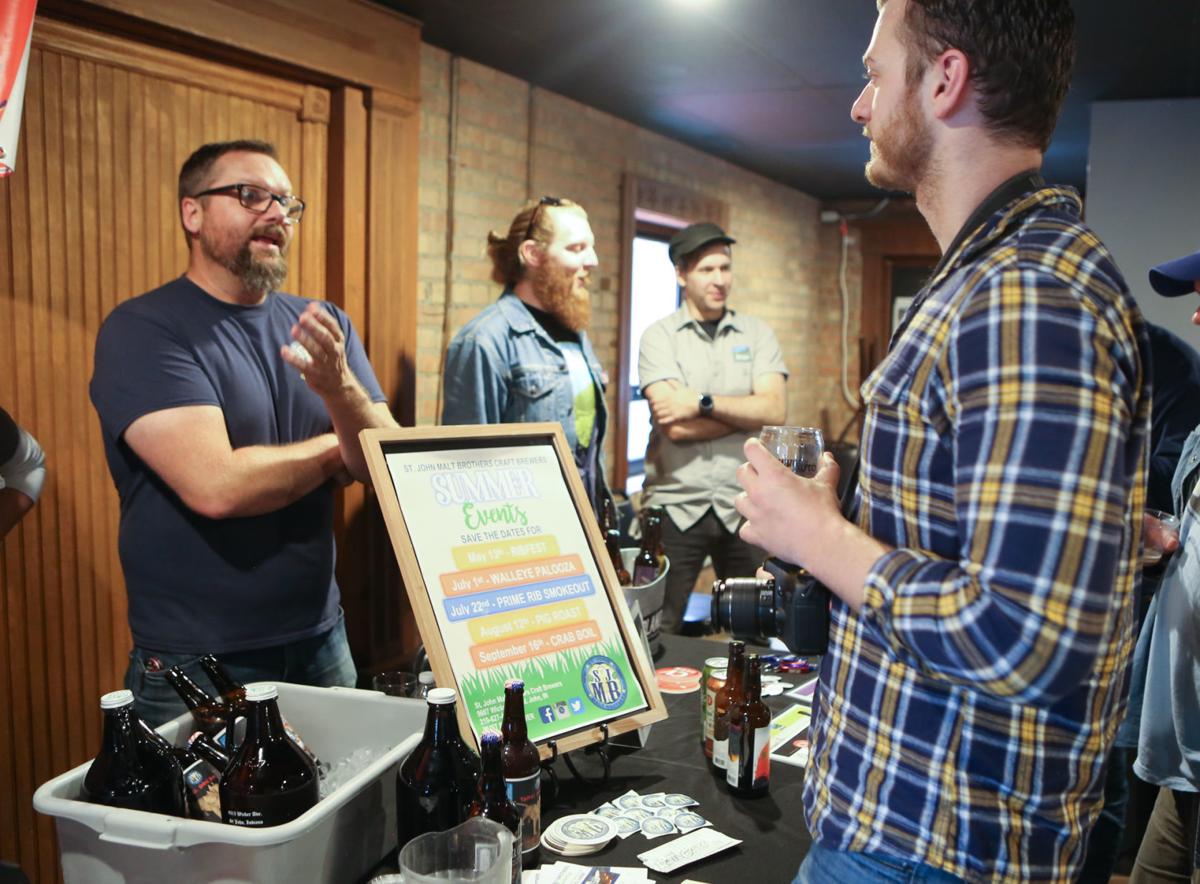 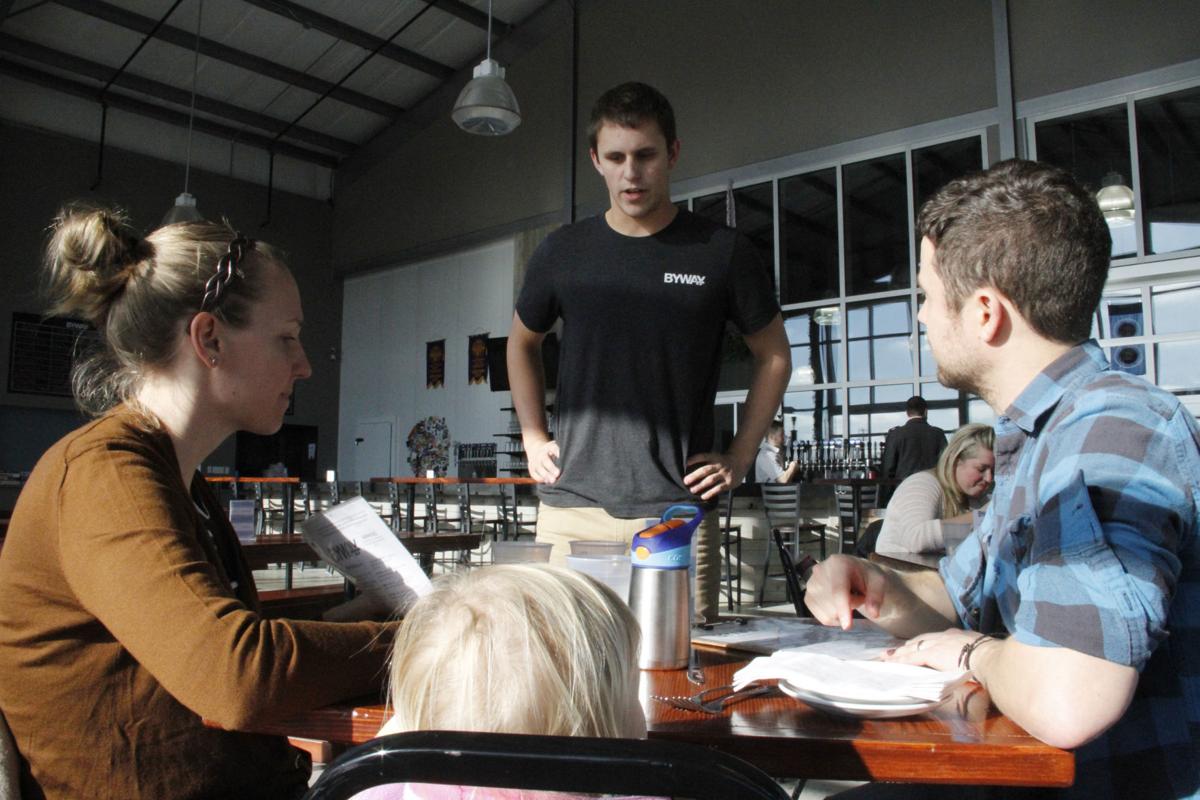 Sam Toth, server at Byway Brewing Company, takes an order from customers, from left, Melanie, Violet and Nick Doornbos, all of  Highland, in the brewery's taproom in Hammond. The craft brewing industry in Indiana has grown by 21 percent since 2015. 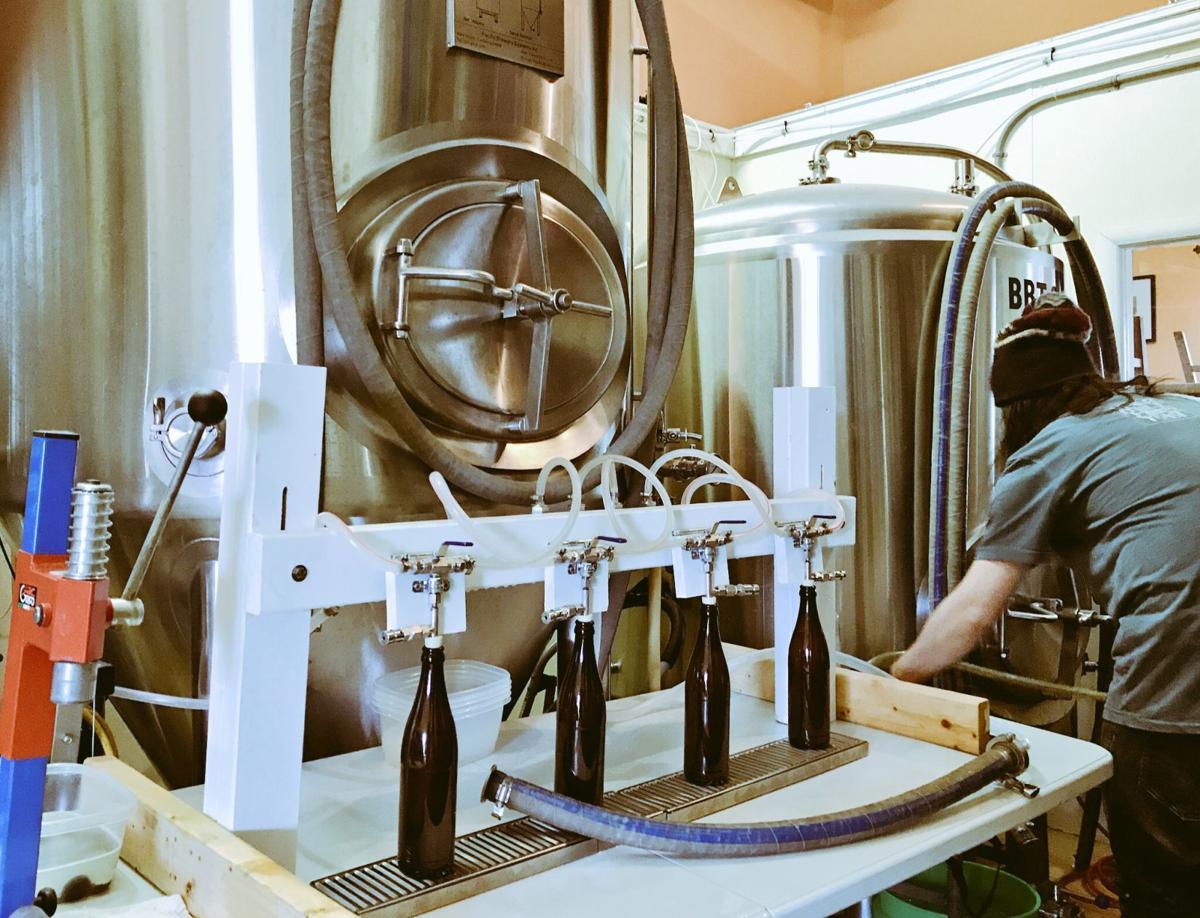 Beers are bottled at Four Fathers Brewing in Valparaiso. The craft brewing industry in Indiana contributes $1 billion a year to the economy. 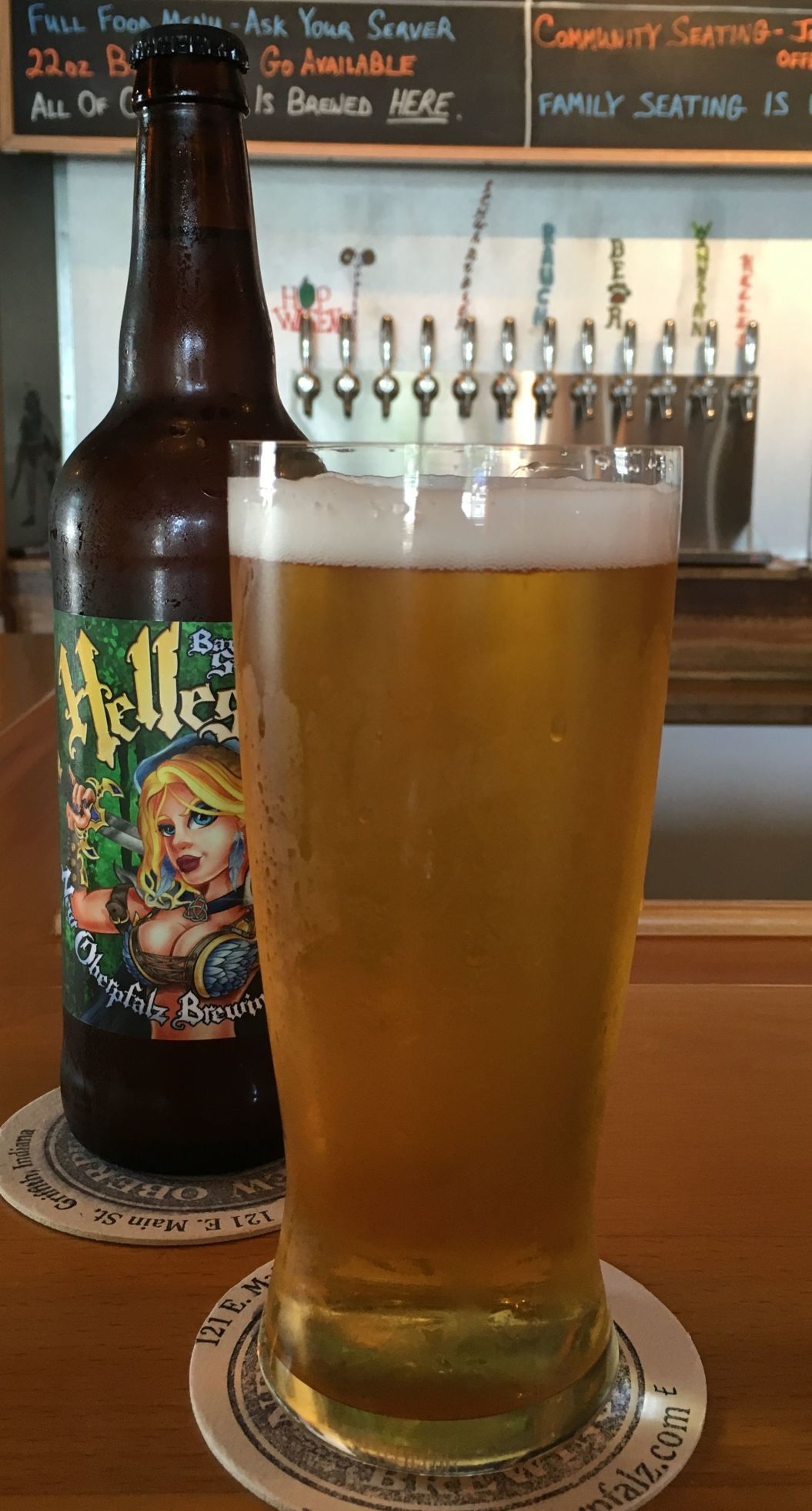 New Oberpfalz's Helles Lager is pictured above. Craft brewing has grown by 21 percent in Indiana since 2015. 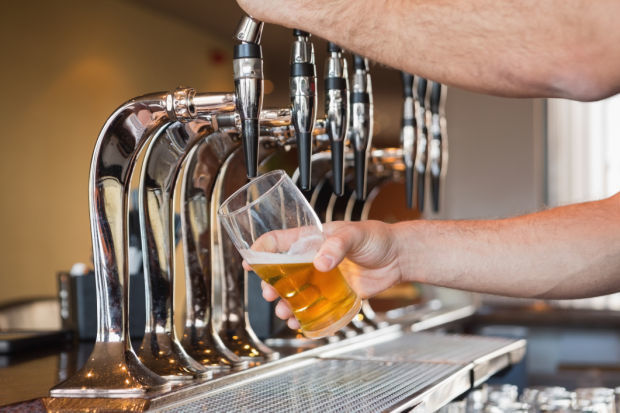 A craft beer is poured in this stock photo. A new study found Indiana ranked 16th nationwide in craft breweries.

Plat 35 recently started brewing craft beer in Porter, and the nanobrewery Cognito Brewery has opened a taproom in Merrillville.

Whiting's Bulldog Brewing opened Bulldog on the Lake in the Marina Shores development in Portage last year, and Michigan City's Burn 'Em Brewing is working to bring a gastropub to LaPorte.

A new study found that the craft beer industry has grown by 21 percent in Indiana since 2015. C+R Research's "The State of Craft Beer" found the Hoosier state ranked 16th nationally in the number of craft breweries, and 21st nationwide per capita, with 2.8 breweries per 100,000 drinking-age adults.

"The top line numbers are great, but there’s a cumulative effect that local breweries have on their localities as well as the state in which they are based," said Dan Lehnerer, owner and head brewer at New Oberpfalz in Griffith. "The fact that most if not all of the tax revenue stays within the state is important. Breweries like New Oberpfalz supply local businesses with beer made by people who live locally, so the economic intertwining of producer and consumer is much more compact, making for a more cohesive stasis within the local economy. We use local suppliers for much of our purchases, so those dollars also stay local."

C+R Research's study found Indiana brewers produce an estimated 240,063 barrels of craft beer per year, which is 24th nationally. The craft brewery industry has an economic impact of $280 per capita in Indiana, which ranks 25th nationwide.

Consumers across the state and nation have been gravitating to craft beer in increasing numbers.

"In the '80’s, there was a lot of Reaganomic policy that was geared to large producers, mergers and acquisitions, and efficiency within the supply chain," Lehnerer said. "Those policies spurred growth, but often at the cost of local businesses that couldn’t compete with the scale of national brands. Beer is a very intimate product, and the connection between local brewers and their customers can’t be trifled with, no matter how many Super Bowl ads or bargain basement prices people encounter. It’s why macro brands of beer are declining at the expense of local beer. People want to know who makes the products they use, and beer is one of the few consumable products that give people the ability to make that connection. Keeping all their dollars local is a big plus, but the connection is deeper than a financial formula for a strong local economy."

More than 150 craft breweries employ nearly 8,000 full-time workers across the state of Indiana, creating an economic impact of more than $1 billion a year, according to the Brewers of Indiana Guild.

"The fact that small local breweries like New Oberpfalz make beer that is as good or better and more fresh is also a big plus," Lehnerer said. "We don’t have to spin through a national wholesale distribution chain. We bottle our product in the morning and it is on a store shelf by the afternoon, and that is something a supplier who is not local can never accomplish. People dig that."

Breweries also attract visitors who otherwise might not come to and spend money in a community.

"Local breweries often create a sense of place, also," Lehnerer said. "I think New Oberpfalz does that for Griffith, the same way Three Floyds helped put Hammond and Munster on the map for a lot of people who weren’t familiar with the area. Shoreline does it for Michigan City, as well. Local beer helps create a local identity."

The study also found that Illinois has seen a 26 percent growth in craft beer since 2019, and now has 200 craft breweries, including 167 in Chicago, more than any other city in the country.

Dwayne Williams, the owner of Cognito Brewery in Merrillville, said there was more room for growth.

"Breweries take a lot of work. It takes a lot of time to develop a taproom," he said. "But many communities are still underserved. The more breweries we have here in Northwest Indiana, the more people will come. They might stay a night or a whole weekend instead of just passing through to Chicago or Michigan."

Munster, Schererville, Highland, Valparaiso, Crown Point and other Northwest Indiana communities ranked among the best in the country at manag…

Indiana's economy ranked 28th nationwide, according to a new study.

Craving a craft brew? We know of quite a few places in the Region where you can go to satisfy that craving! Check out this list featuring all …

Smalltown Coffee, a local coffee roaster, has found a permanent home after hand-roasting coffee beans at Windmill Brewing in Dyer for the last…

Two craft breweries close in less than a year in Lowell

Two craft breweries have closed in Lowell in south Lake County in less than a year.

Viking Artisan Ales plans to open a brewpub in the former Cognito Brewery taproom in an industrial park with Lakeshore Public Media just southeast of U.S. 30 and Interstate 65.

Sam Toth, server at Byway Brewing Company, takes an order from customers, from left, Melanie, Violet and Nick Doornbos, all of  Highland, in the brewery's taproom in Hammond. The craft brewing industry in Indiana has grown by 21 percent since 2015.

Beers are bottled at Four Fathers Brewing in Valparaiso. The craft brewing industry in Indiana contributes $1 billion a year to the economy.

New Oberpfalz's Helles Lager is pictured above. Craft brewing has grown by 21 percent in Indiana since 2015.

A craft beer is poured in this stock photo. A new study found Indiana ranked 16th nationwide in craft breweries.