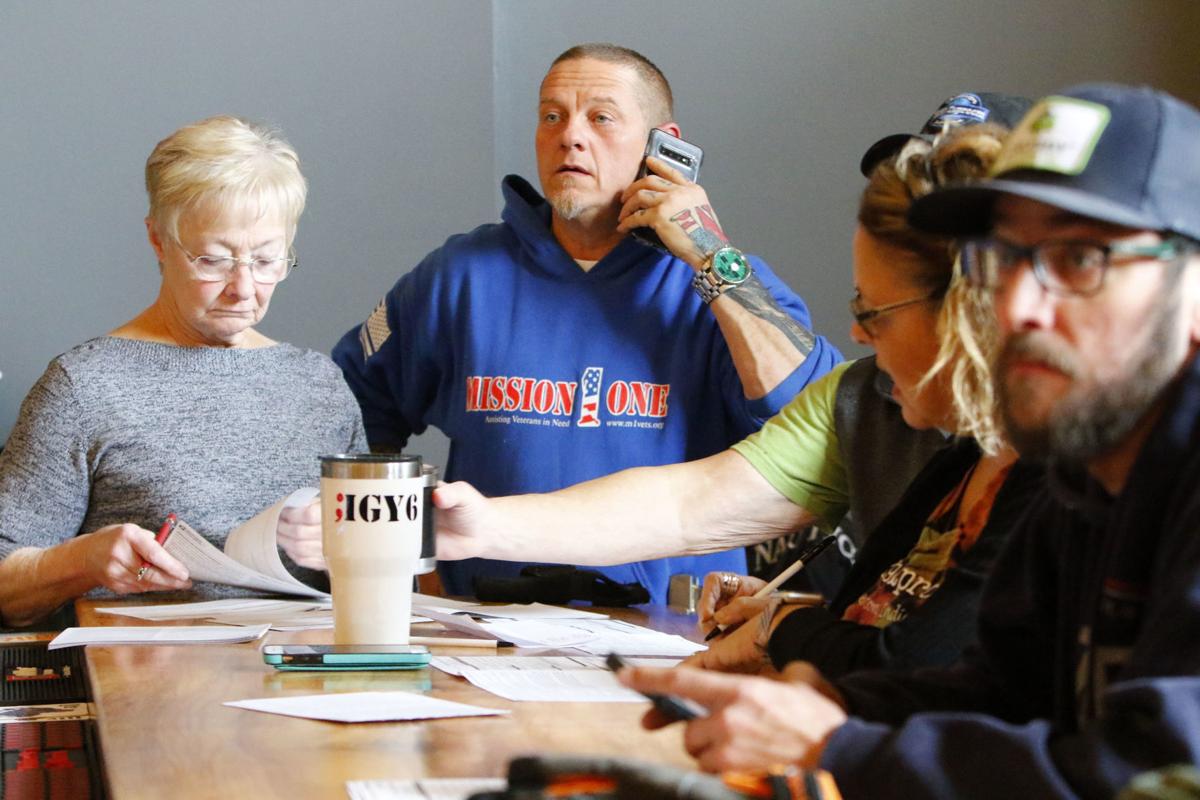 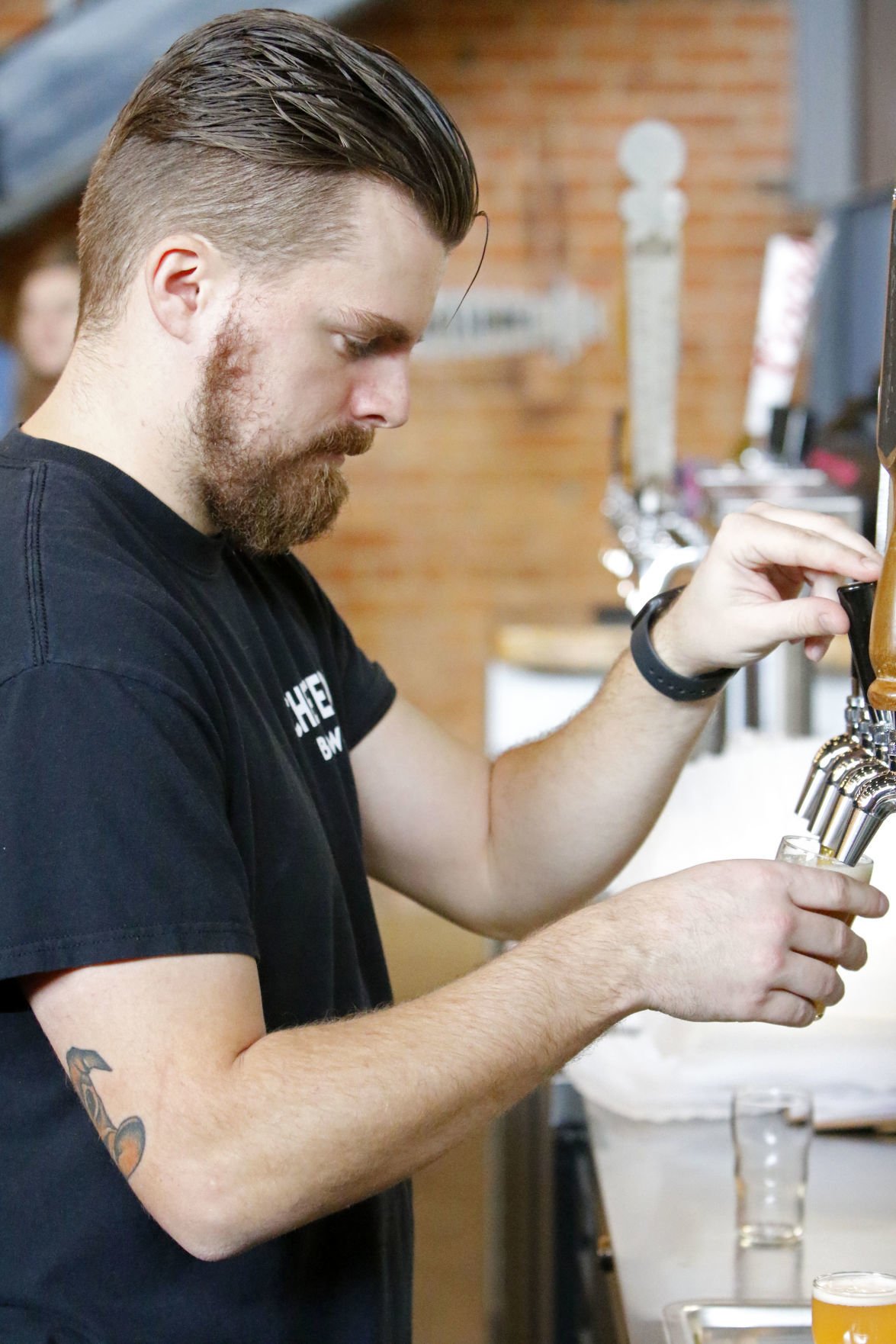 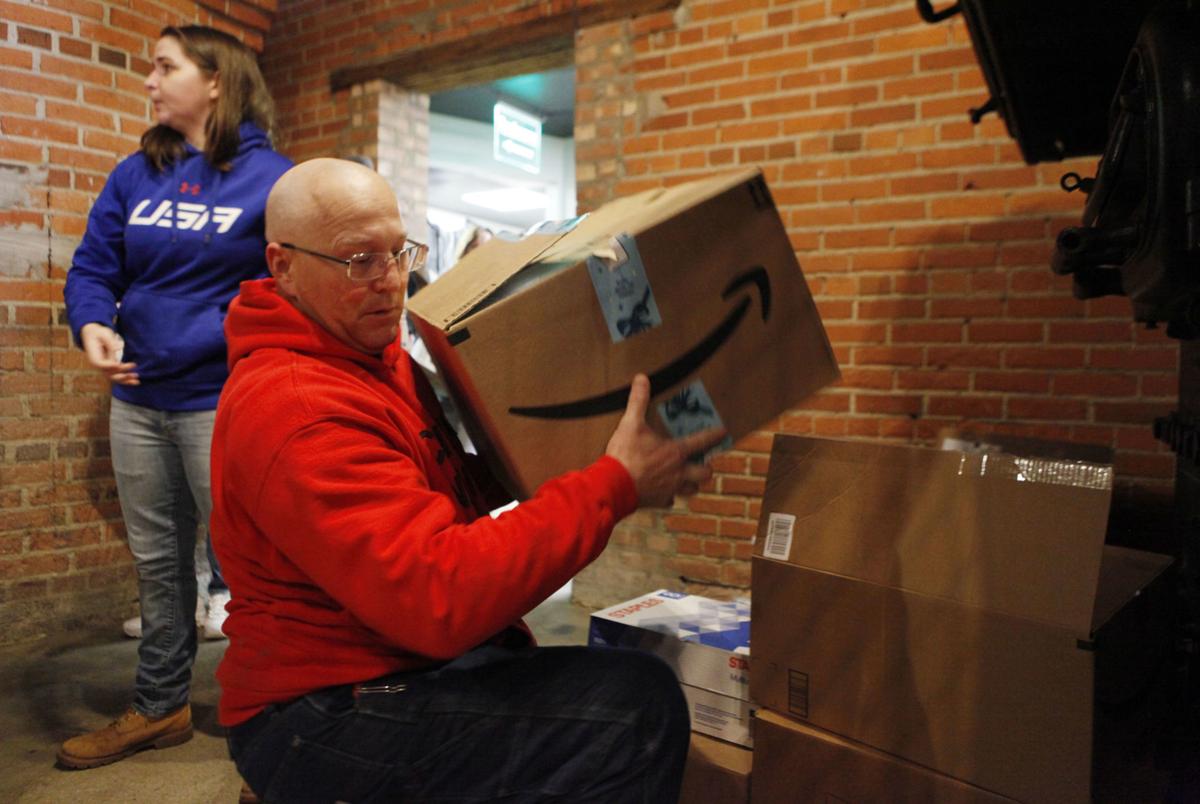 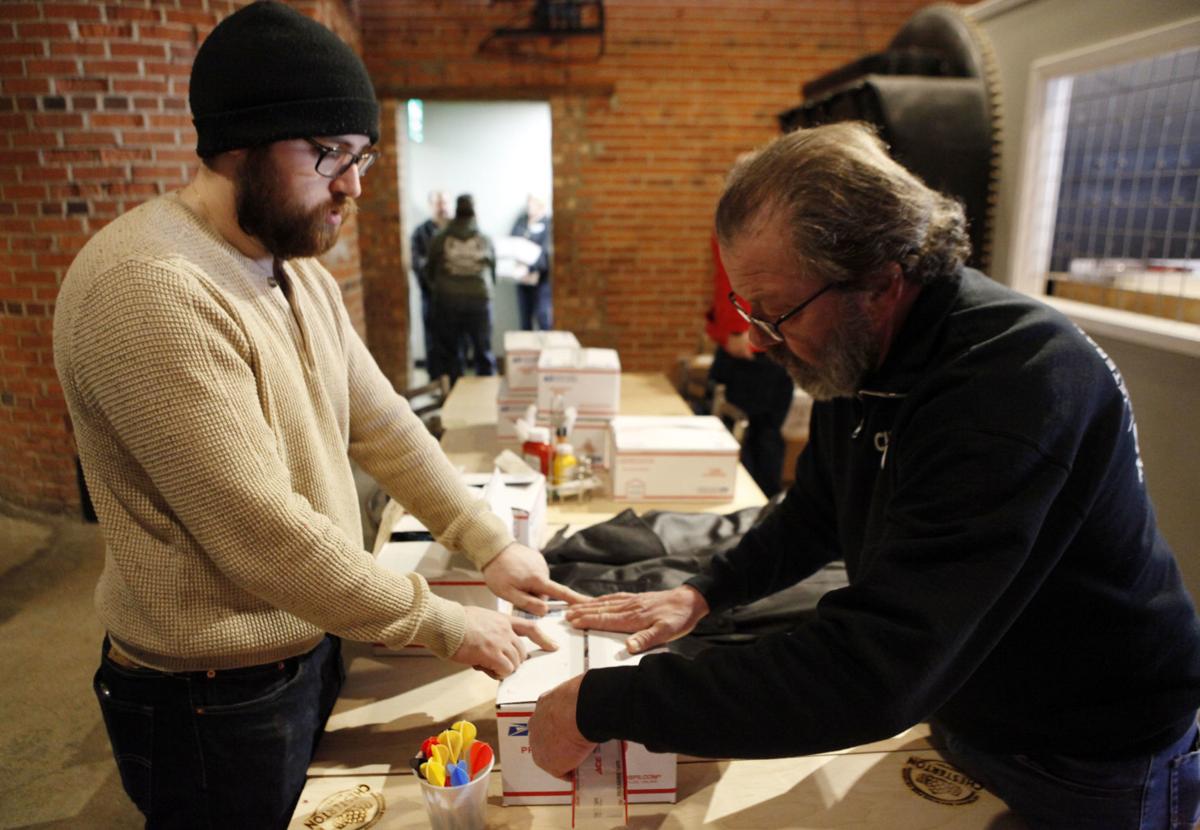 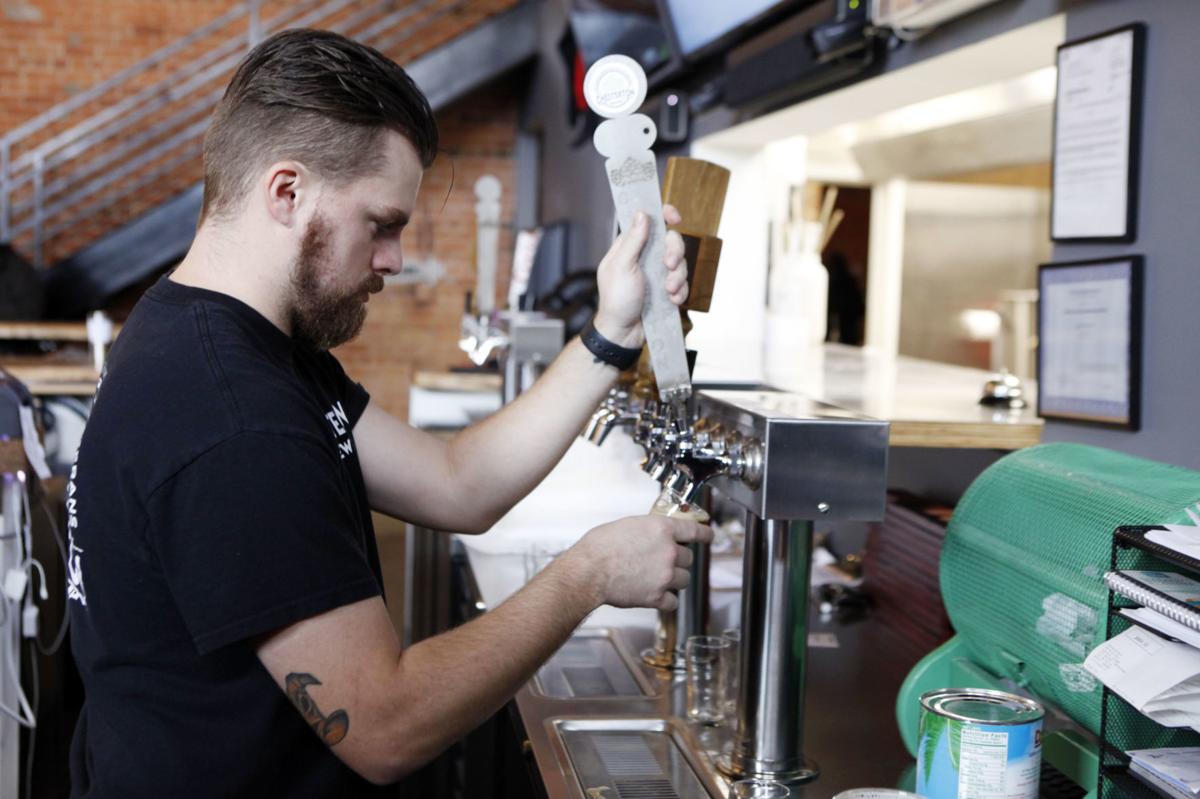 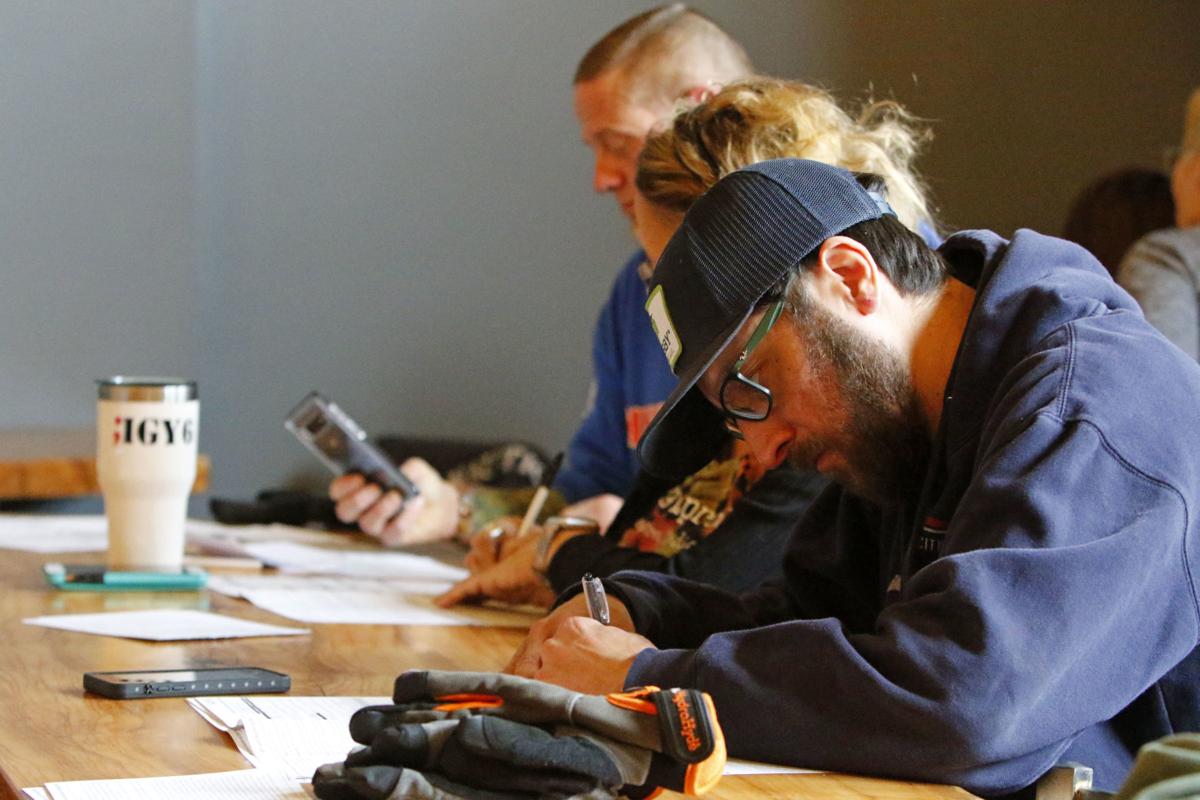 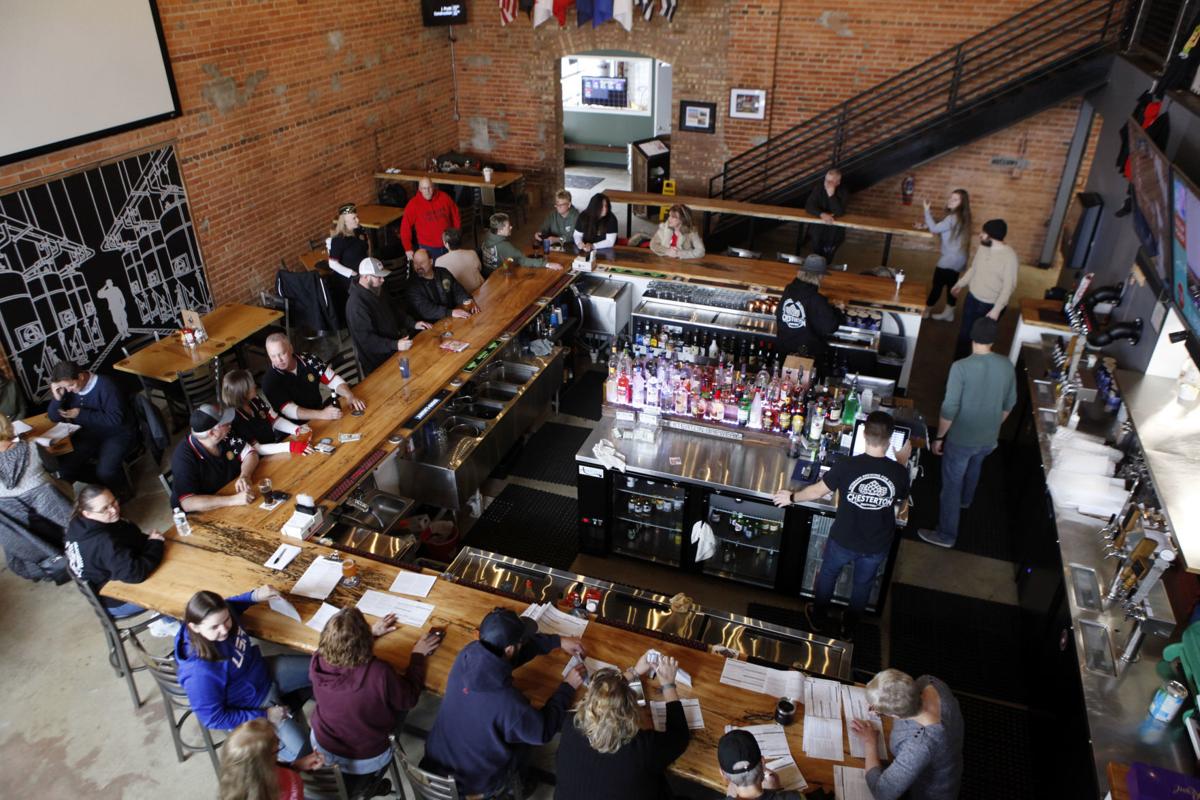 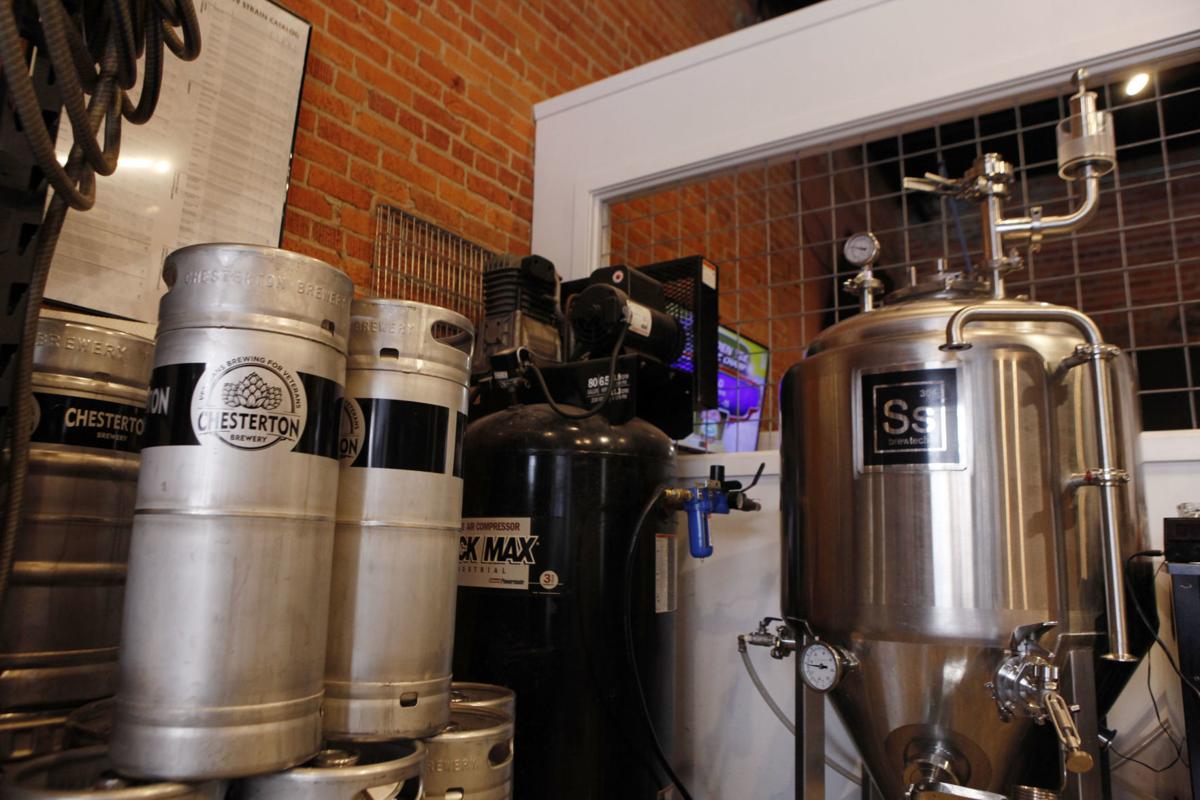 Chesterton's Brewery's equipment is seen Sunday inside the establishment. 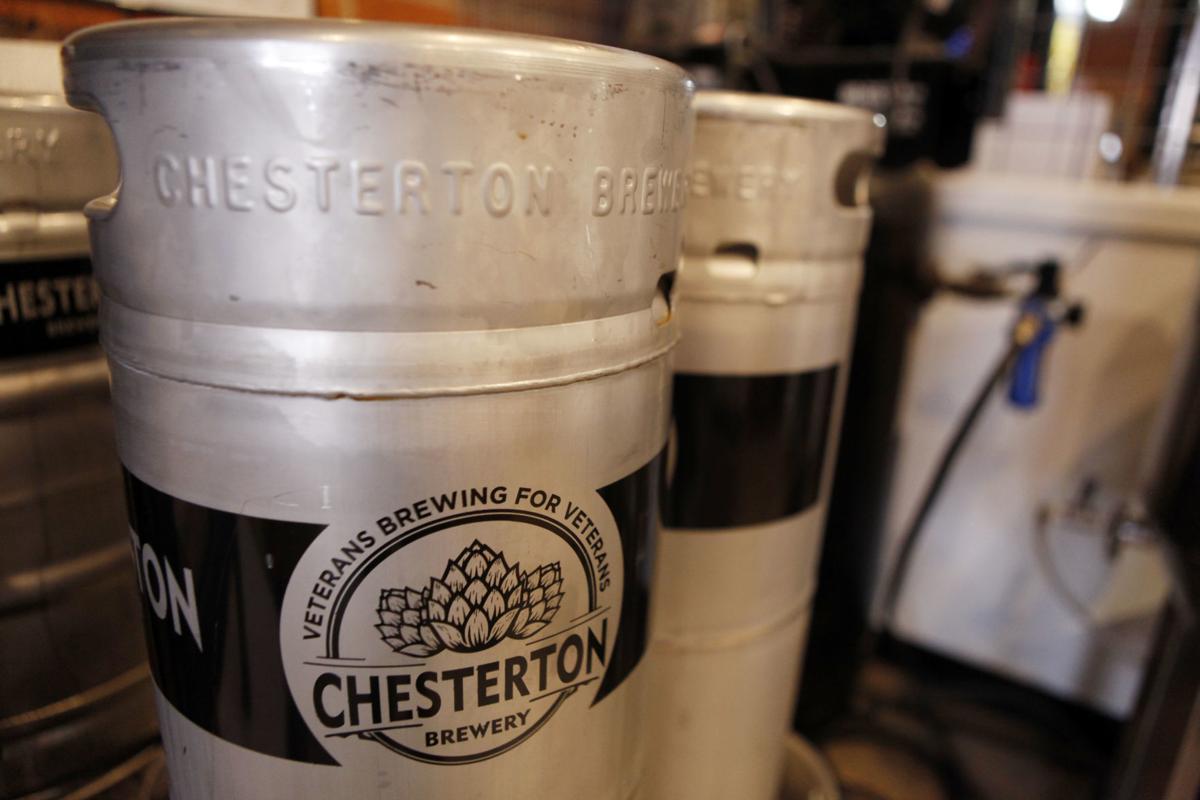 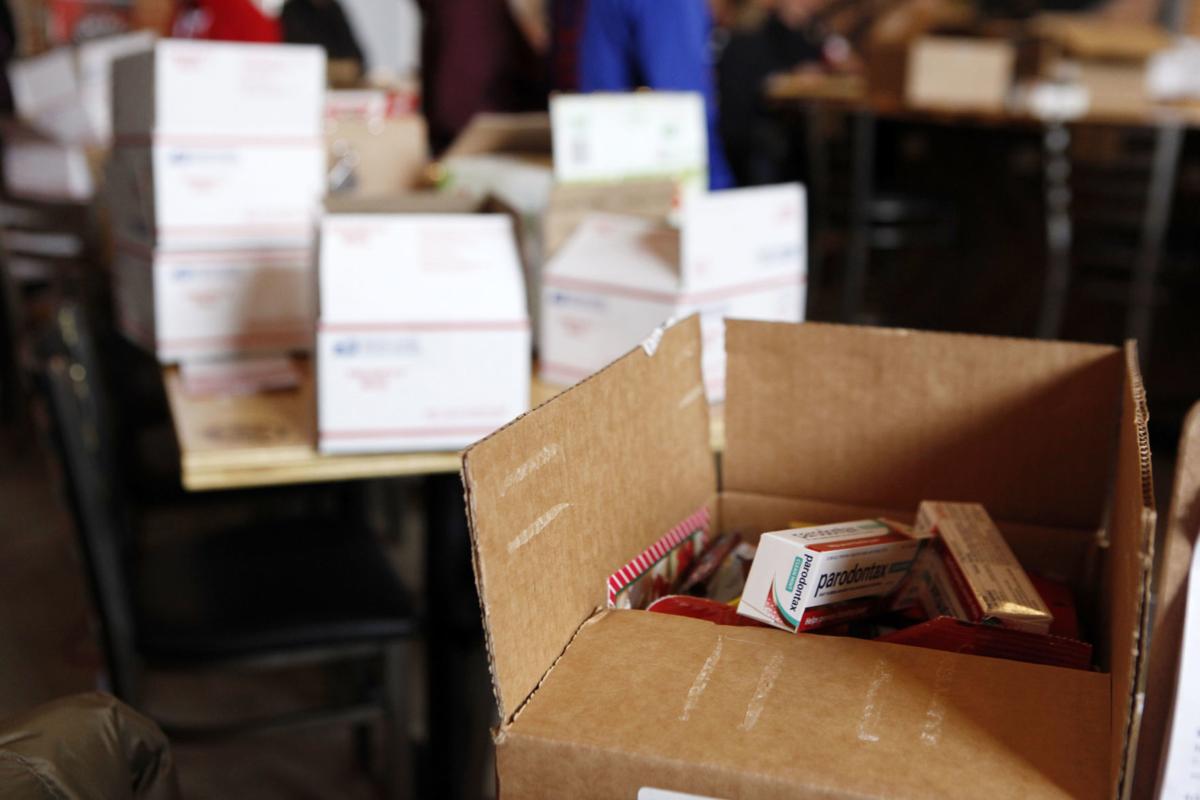 CHESTERTON — One of Northwest Indiana's newest craft breweries boasts 21 different craft beers on tap and offers a portion of its proceeds to veterans' causes.

The Chesterton Brewery opened last year at 1050 Broadway in a nearly century-old factory that made chinaware and glass for decades. The brewery — one of many to open in Northwest Indiana in recent years — has the slogan "veterans brewing for veterans."

Marine Vernon Brown, who served between 1990 and 1994 during the Gulf War period, opened the 4,500-square-foot brewpub with a family-style restaurant last year.

"The community has been so supportive of us. It's been tremendous," Brown said.

The craft brewery donates a portion of its profits to veterans charities like Mission One and Veterans Matter, Brown said.

“Every drink we pour, a portion goes to a veteran-based charity. We have already donated $12,000 in the months that we have been open,” Brown said. “I had been brewing for a while, but I wanted to open something that would help our vet community.”

For Brown, brewing is intermingled with a higher mission.

The brewery produces a number of varieties of beer on its one-barrel system, including India Pale Ales, New England IPAs, wits and stouts. It makes seasonal beers like a pumpkin ale, a Christmas ale and Hefeweizens. The top seller is currently a mango habanero IPA.

"It's all small batch," Brown said. "So we're brewing all the time."

The Chesterton Brewery already is distributing at a small scale, sending its beer to the Elements Wine Bar in downtown Valparaiso, the American Legion in Chesterton and the Bare Bones Gastropub in LaPorte. It will release a special chocolate glazed doughnut stout at Leeds Public House in Michigan City on Feb. 15.

The brewery hopes to expand to a 10-barrel system this year and start distributing its beer across the state.

"We're going to be going to a lot of brew fests like Crown Brew Fest, Munster Ale Fest, Shelf Ice Fest and Winterfest," he said.

The brewery will continue to keep its one-barrel system so it can have flexibility and put out a variety of beers to see what people like — especially a variety of stouts, which are Brown's favorite. It offers 4-ounce pours and flights so people can sample as many beers as they want.

It also has a Crowler machine to send people home with 32-ounce cans of its beer and will fill any growler from any brewery so long as the fluid capacity is still clearly marked.

The menu also includes cheeseburgers, soups and mac and cheese.

"It's family-friendly and nonsmoking," Brown said. "I have kids and wanted somewhere that was family-friendly because it's sometimes hard to find a place where you can take your kids. This place has a good experience, it isn't a rough or rowdy type of place."

The brewpub seats about 120 people in an industrial atmosphere that features a historical boiler from 1920. It features a half-dozen big-screen TVs and hosts the occasional live musical act, typically an acoustic singer-songwriter.

"Our main goal is to support the troops," he said. "But we're not just open to veterans, we welcome civilians as well."

Several local craft breweries are competing to be the “Best Seasonal Beer in Indiana’s Cool North.”

Vegan destinations sprouting up across the Region

Hunter's Brewing in Chesterton has been serving up vegetarian and vegan food exclusively since opening a kitchen nearly four years ago, accord…

Craft beer and music lovers turn out for Labor Daze

MICHIGAN CITY — After two hours, 200 people had already strolled in for 18 varieties of craft beer, food and live music at the fourth annual L…

The Duneland area of Porter County is thriving.

The craft brewing industry is now contributing $1.3 billion to Indiana's economy, the 19th largest impact nationwide, according to a recently …

The acclaimed craft brewery is opening its first location outside of Lake County.

The city of LaPorte is looking at slamming the door on contractors paying workers cash and no benefits.

"Living Legend of Aviation" Nick Popovich will transition to an advisory role with the global aviation firm he founded.

The Holiday Inn Express & Suites will employ about 25 workers.

After tracking him down to a hotel in Lockport, Illinois, police arrested a man they say robbed a credit union earlier this month.

Up Your Alley entertainment center opens soon in Schererville, Arby's is coming to Hobart, and Essential Nutrition expanding in Lowell.

Cruisin' Through The Times cruises back to the Indiana Welcome Center

Classic cars from across the ages will be displayed at the Cruisin' Through The Times exhibit at the Indiana Welcome in Hammond.

The show will go on.

"This is a sixth generation distillery, but the first legal one."

Chesterton's Brewery's equipment is seen Sunday inside the establishment.