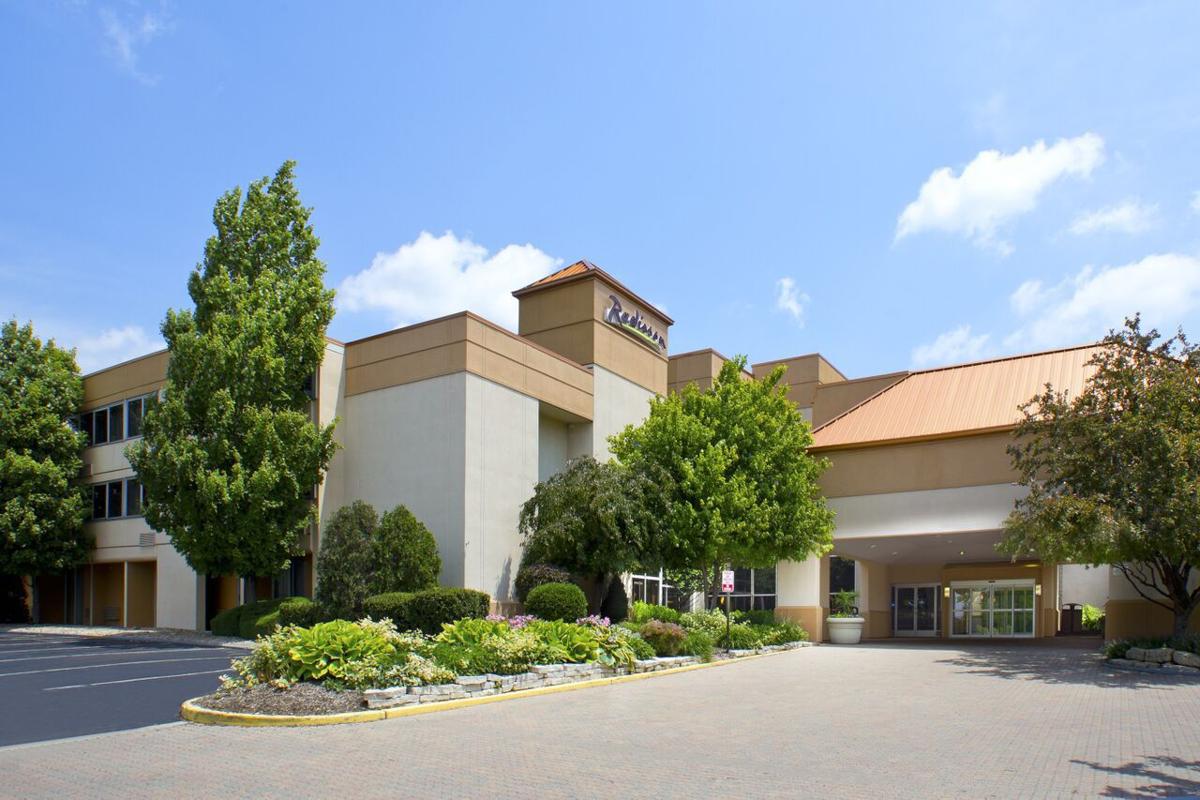 The Radisson Hotel at Star Plaza has been the Region’s premiere meeting and convention space. 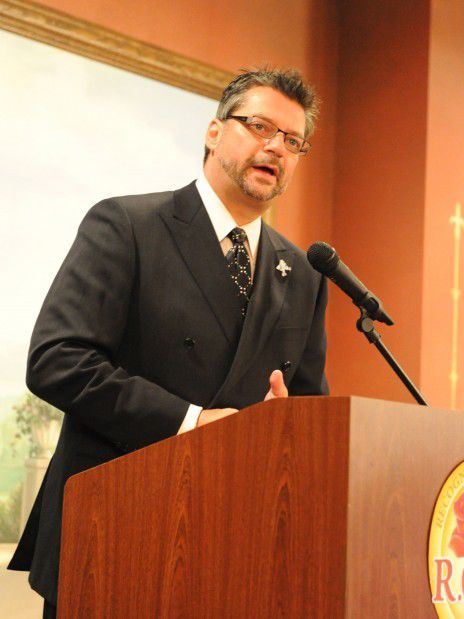 Speros Batistatos, president and CEO of the South Shore Convention and Visitors Authority, has launched a campaign for a publicly funded convention center to replace the Radisson at Star Plaza’s 30,000 square feet of meeting space.

The Radisson at Star Plaza, which will be razed in January, has 30,000 square feet of meeting space that’s hosted conventions of Catholic school teachers, The Salvation Army and many other groups.

The new upscale hotel White Lodging will replace it with at Interstate 65 and U.S. 30 will only have about 12,000 square feet for meetings, limiting the size of gatherings that can take place there.

Speros Batistatos, South Shore Convention and Visitors Authority president and CEO, said the Radisson’s demolition leaves a void that should be filled with the publicly funded convention center he’s lobbied for 15 years. While speaking Tuesday to the Crossroads Chamber of Commerce in Munster, he called for a food and beverage tax of up to 3 percent on restaurant bills and bar tabs to pay for a 50,000-square-foot facility that would host conventions, conferences, galas, auto shows and antique shows.

“We ceded control to one dominant private-sector player,” he said. “What he built drove investment to Merrillville, built up retail around I-65. But we need to continue diversifying the local economy. We need a convention center, a big box that we bring people who will spend an average of $250 a day in this market.”

Such a facility also could potentially host an occasional concert, but that would not be the focus since the music industry has radically changed since the Star Plaza Theatre was built in 1979. It will also be torn down in April.

“I’m not saying this snarkishly, but we said let the billionaire take care of that,” Batistatos said. “Well, now he’s right-sizing his business to fit today’s economic model. ... They have no responsibility to be the municipal convention center. That’s our job ... We’ve been sounding the warning alarm for 15 years. I don’t mean to be gloom and doom, ladies and gentlemen, but everyone in this room will be directly impacted.”

Batistatos, who started his career parking cars for $3.35 an hour at the then-Holiday Star Theatre and worked his way up to box office manager, said the concert venue always lost money when he worked there in the 1980s and early 1990s. The goal was to minimize losses and instead make money for the restaurants and retailers in and around the Southlake Mall, he said.

That’s also how a publicly funded convention center would work.

“It will never make money,” he said.

Northwest Indiana needs a convention center like those in Fort Wayne, Evansville and Indianapolis to attract visitors, Batistatos said. He already asked the White family if it would consider a public-private partnership after learning that it planned to demolish the iconic Star Plaza and Radisson at Star Plaza it built decades ago. The SSCVA also has launched an online petition at southshoreconventioncenter.com.

“We’re at a fork in the road,” he said. “I’ve been calling for this for 15 years but haven’t been successful. The people who know me will tell you I don’t fail at very much, but we have not brought the kind of investment our community deserves.”

To pay for a convention center, Batistatos is calling for a food and beverage tax similar to the ones imposed in Evansville, Fort Wayne and Indianapolis. A dozen counties, including Allen and Marion, impose restaurant taxes of up to 2 percent and cities like Carmel levy additional food and beverage taxes of 1 percent, according to the Indiana Department of Revenue.

Jason Evans, owner of the Catch 22 Bar and Grill by the Radisson in Merrillville, said he’s not opposed to a food and beverage tax if the revenue would be used to bring outside dollars to the area, but said they should consider a hotel room tax as well. Pokro Brewing co-owner Robyn Pokropinski said she would need to see more detailed information but said it could have a negative impact on small businesses like hers.

“It would mean an increase in cost to the consumer,” she said.

New Oberpfalz Brewing owner Dan Lehnerer said Northwest Indiana businesses may or may not see any benefits from conventions, and that heavy tax incentives for a privately funded project could be a good option worth exploring. Gary has had the nearly 25,000-square-foot Genesis Convention Center downtown since 1981.

Albanese Confectionery CEO to give talk at bank

A name that's synonymous with sweetness in Northwest Indiana will appear at a local bank next month to dispense business advice.

A video touting the benefits of tourism in Northwest Indiana has earned an Award of Distinction from the videographers industry.

Rock band to have record release party in Hammond

“There’s a million other women who will rip you apart,” Thomas Lane II sings on the The ThreeFiveSevens’ first music video “She’s Gonna Run.”

Ulta Beauty to give out free stuff at reopening

Ulta Beauty is reopening its newly renovated store in the Crossings at Hobart, across from Southlake Mall.

White Lodging, one of the largest hospitality companies in the United States, has named a new chief executive officer as it gears up for rapid…

Tourism chief: Region will lose visitors after closure of Radisson at Star Plaza

MERRILLVILLE | Nowhere in Northwest Indiana has as much conference space as the Radisson at Star Plaza, which will be closed and razed in January.

Radisson at Star Plaza replacement to get more meeting space

MERRILLVILLE | The Radisson at Star Plaza Hotel was the Region's premier gathering space with 30,000 square feet of conference space — until i…

Region Catholics faced a quandary this year since St. Patrick's Day falls on a Friday: stick to fish and pepper and egg sandwiches since it's …

An official with the U.S. Department of Labor will address the Gary Chamber of Commerce next week.

New Oberpfalz can raise a glass and toast "prost" to a big national award, a Gold Medal in the 2017 U.S. Open Beer Championship.

For years, Goose Island has released its scarce Bourbon County Brand Stouts — aged for a year in a bourbon barrel — on Black Friday, giving cr…

National Softball Association World Series to return to Region, bring up to 10,000 visitors

The National Softball Association Northern World Series is returning to the Region in the summer and is expected to bring as many as 10,000 visitors.

The Crossroads Regional Chamber of Commerce's Grow Business and Consumer Expo returns next week at the Patrician Banquet Center at 410 E. U.S.…

After 14 months, Catch 22 Table and Tap reopens in Merrillville

After getting torn down 14 months ago to make way for a new strip mall, the Catch 22 restaurant in Merrillville has reopened with a new buildi…

Hammond Sanitary District Manager Marty Wielgos has resigned from the South Shore Convention and Visitors Authority Board, citing the demands …

With more than 30,000 square feet of meeting space, the Radisson at Star Plaza Hotel draws out-of-towners to events such as the Salvation Army…

The age of the building and dramatic changes in the concert business have combined to make this season Star Plaza Theatre's last, with the the…

The Trans-Pacific Partnership trade deal, Quebec’s $9 billion maritime strategy, and other transportation topics will be on tap at the 2016 In…

The Radisson Hotel at Star Plaza has been the Region’s premiere meeting and convention space.

Speros Batistatos, president and CEO of the South Shore Convention and Visitors Authority, has launched a campaign for a publicly funded convention center to replace the Radisson at Star Plaza’s 30,000 square feet of meeting space.