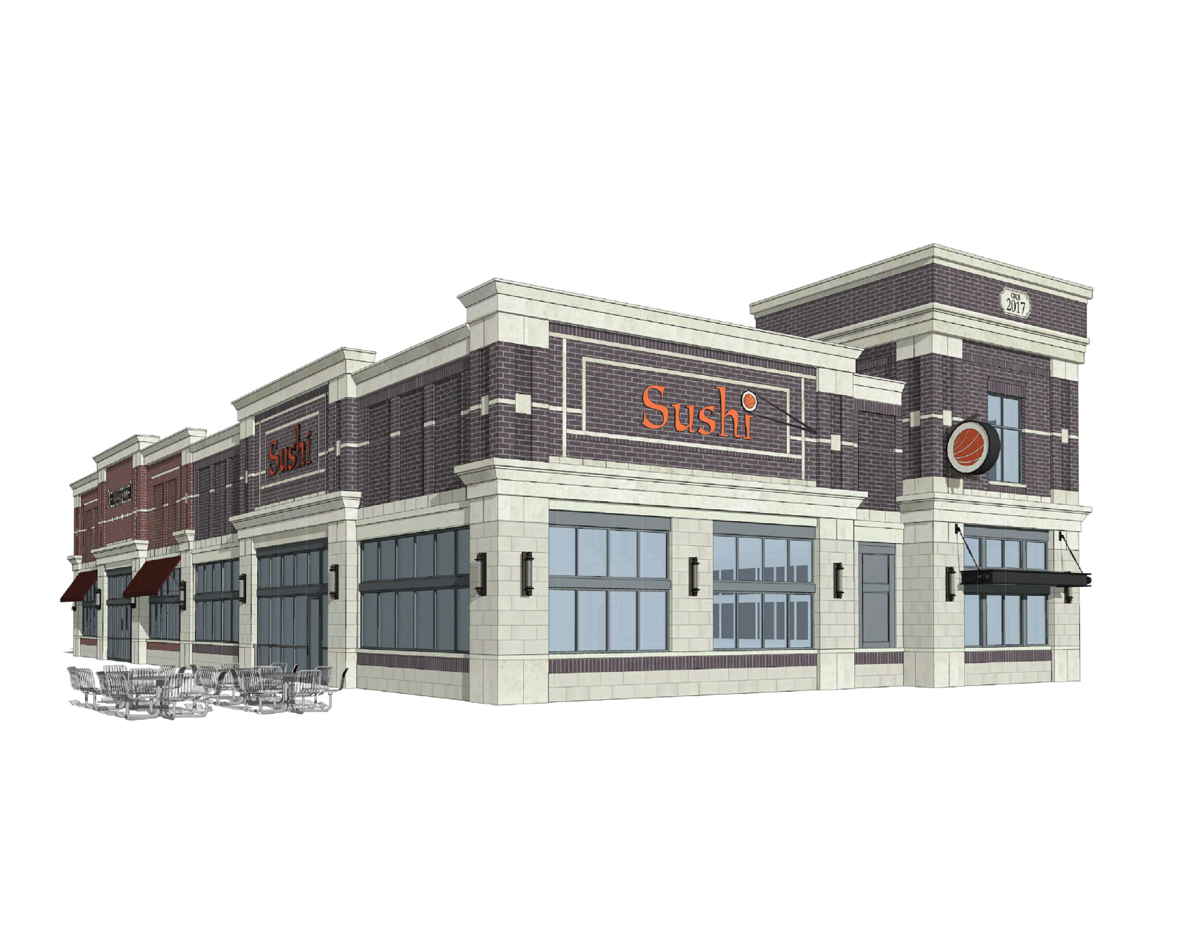 Metro Commercial Real Estate's rendering for the new Kitaro sushi restaurant that's planned for Centennial Village in Munster. It should open this year. 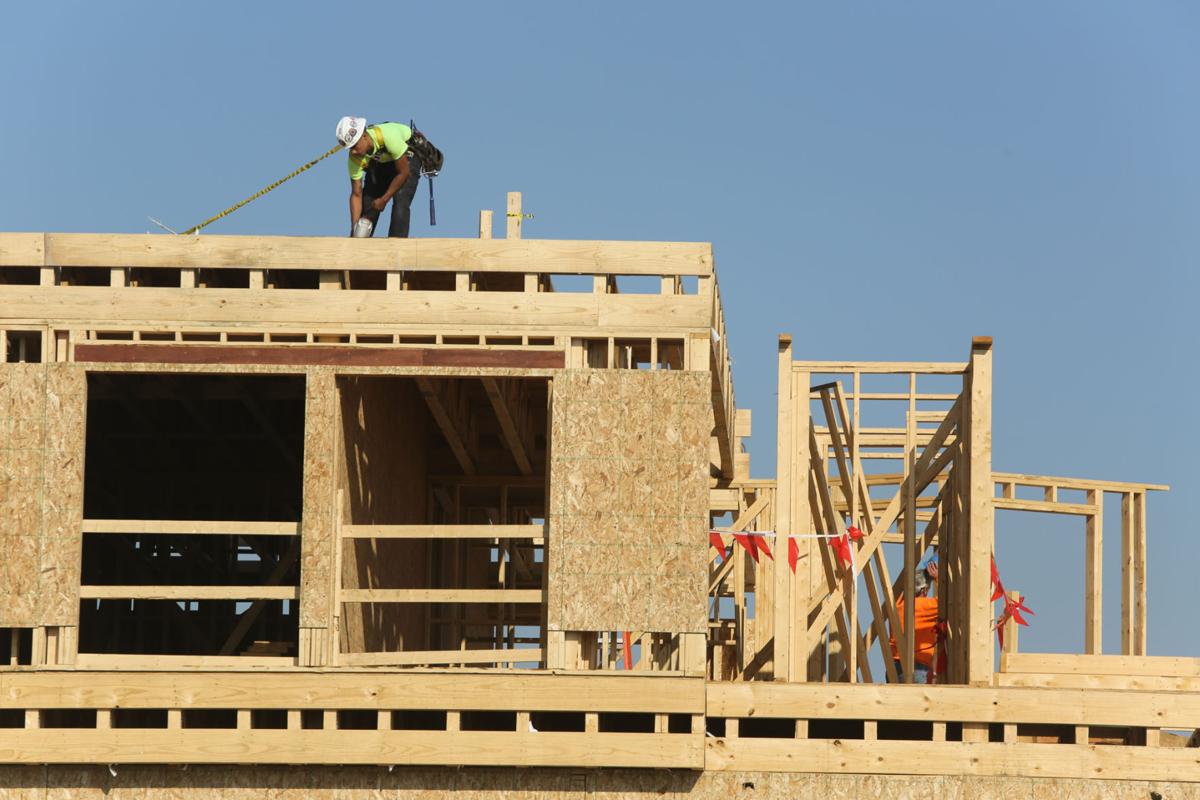 A construction worker uses a nail gun late last year on top of the new $8 million SpringHill Suites by Marriott hotel at Centennial Village in Munster. Two restaurants have now signed on to go into the new development. 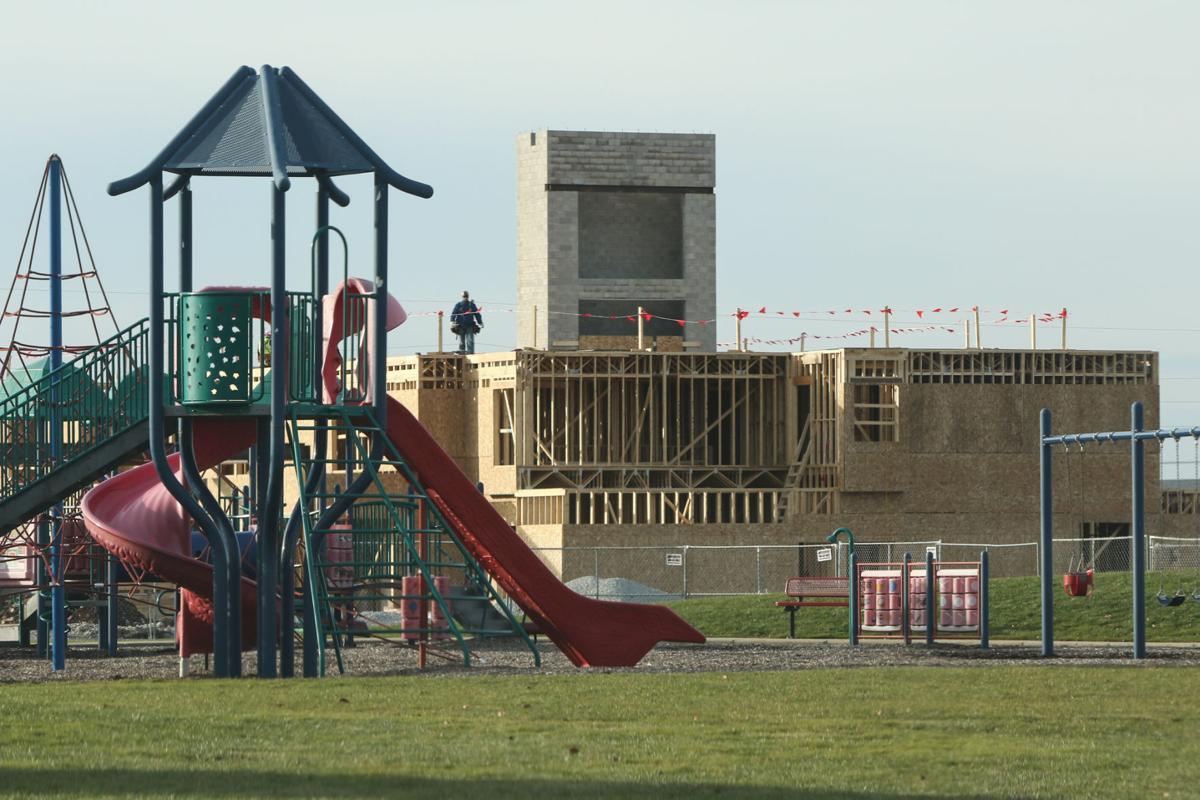 A sushi restaurant and a "Chipotle for Greek food" are the first restaurants coming to the highly anticipated Centennial Village development in Munster.

Metro Commercial Real Estate announced it represented the landlord when Kitaro, a Japanese and sushi restaurant, signed a lease to open its second location and first in Indiana in the shopping center at Calumet Avenue and 45th Street. A 62,000-square-foot, 99-room SpringHill Suites is already under construction there.

Munster relocated Munster Steel to Hammond to add onto Centennial Park with a mixed-use development that's supposed to "combine retail, restaurants, a grocery store, a hotel and residences in a walkable center." The town is eyeing similar transit-oriented development around new South Shore Line stations in a bid to attract younger residents to town.

St. John couple Adam Robertson and Katie Robertson also plan to open the Region's first The Simple Greek restaurant at Centennial Village. A Pittsburgh-based chain, The Simple Greek has been growing rapidly after appearing on CNBC’s hit show "The Profit." It's a fast-casual restaurant that serves personally customized Greek and Mediterranean dishes.

Customers choose a pita or a bowl, then a protein like gyro, steak, lentils or pork marinated in imported Greek red wine vinegar. They can then add toppings like hummus, feta cheese, Kalamata olives, cucumbers, scallions and garbanzo beans.

The Robertsons had been looking to open a franchise but didn't want to have just another sandwich or burger place.

"The Region's getting a little more sophisticated with food, and this will have chicken shwarma and good Mediterranean tastes," Adam Robertson said.

They hope to open The Simple Greek in Munster by the holidays, and are looking to open two more locations in the Region. The Munster restaurant will be 2,200 square feet, have an outdoor patio with four tables and employ 15.

"There are plenty of gyro places but we're trying to elevate the experience with fresh ingredients, imported Greek spices and oils," Adam Robertson said.

Warped Sportz has skated from its longtime home in Schererville to a new location in Crown Point.

The United States imported 2.6 million tons of steel in February, a decline of 4.6 percent as compared to January, according to preliminary U.…

Northwest Indiana-style burgers, served at vintage joints like Schoop's and Miner Dunn, are an underappreciated gem with their large flattened…

Region Chipotle diners may have had credit card info stolen

If you've recently enjoyed an oversized Mission-style burrito at a Chipotle Mexican Grill in Northwest Indiana, you may have had your credit c…

SpringHill Suites by Marriott to open in Munster

A 99-room SpringHill Suites by Marriott opens next to Centennial Park in Munster on Thursday.

Hardee's is coming to Northwest Indiana

Hardee's is bringing its charboiled thickburgers to  Northwest Indiana.

Villa Del Sol, a popular Mexican restaurant on U.S. 30 in Merrillville, is expanding, adding a second location in Hobart.

13 chains we'd like to see come to the Region

The Region is filled with desirable chain restaurants and stores like White Castle, Whole Foods and Dunkin Donuts. But there can always be mor…

SCHERERVILLE — Boston-style pizza didn't last in the Tri-Town, and now a traditional Chicago deep dish eatery will try to make a go of it in t…

Brown's Chicken and Pasta closed its last remaining Indiana location in Highland last year, but now the boss has come to town.

Developers broke ground on a new upscale condominium building at Centennial Village in Munster, the first of four residential buildings planned for the site on Calumet Avenue.

Metro Commercial Real Estate's rendering for the new Kitaro sushi restaurant that's planned for Centennial Village in Munster. It should open this year.

A construction worker uses a nail gun late last year on top of the new $8 million SpringHill Suites by Marriott hotel at Centennial Village in Munster. Two restaurants have now signed on to go into the new development.