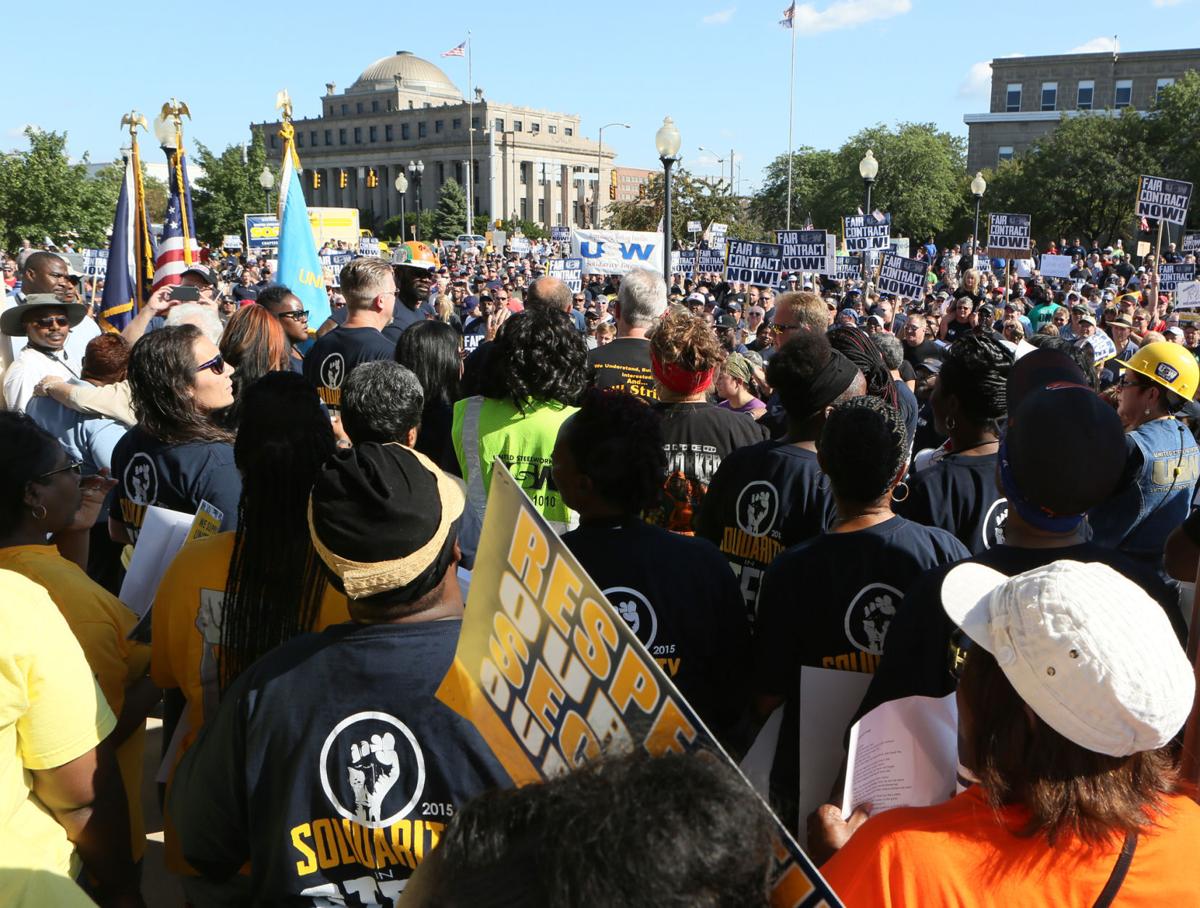 Thousands attend a union steelworkers rally in Gary. The USW is planning another big rally at ArcelorMittal Burns Harbor on Sept. 1, when the current contracts with ArcelorMittal and U.S. Steel expire. 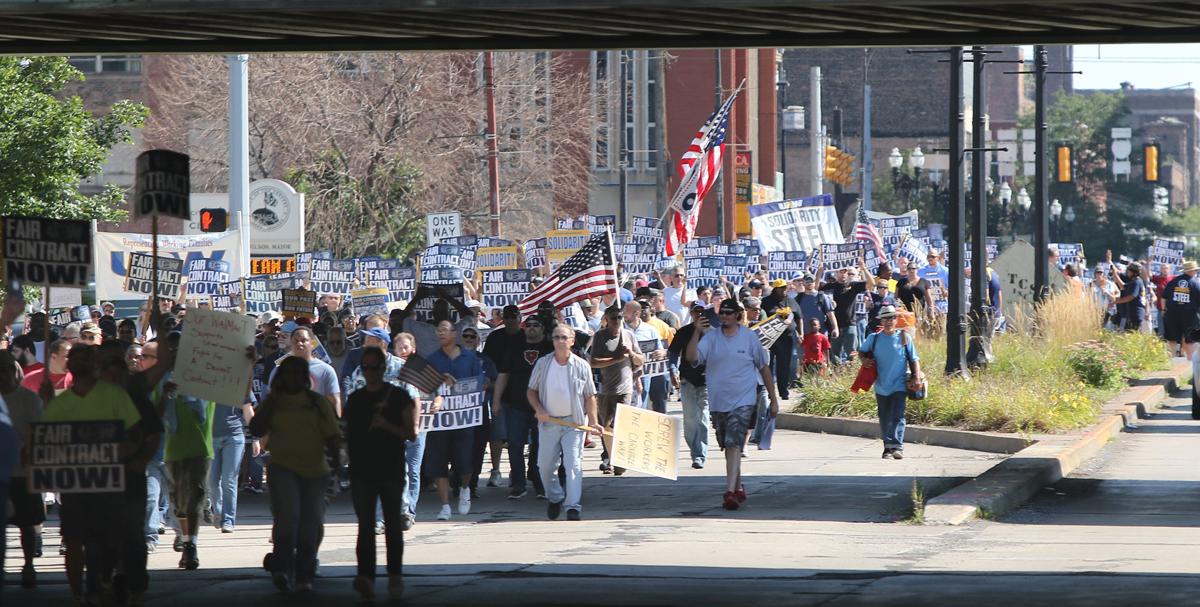 Thousands march along Broadway en route to the gates of U.S. Steel to a steelworkers rally in Gary on Aug. 21. The United Steelworkers union and the company entered a new three-year contract.

The United Steelworkers union is planning another big rally at AcelorMittal Burns Harbor on Sept. 1, when the current three-year contracts with ArcelorMittal and U.S. Steel expire.

If no new contracts are reached by Sept. 1, the USW could go on strike, work without a contract, or agree to extend the current contract and continue to work while a new contract is negotiated by the company.

Steelmakers also would have the option of locking union workers out, which happened when Allegheny Technologies Inc. locked out 2,200 workers in Pennsylvania earlier this month after the union did not agree to its "last, best, and final offer."

The union plans to meet at 3:30 p.m., Sept. 1, at USW Local 6787 Headquarters in Chesterton to stage for the rally and show it "will not turn back the clock."

Recently, Strom Engineering, a company that's known for providing replacement of scab labor during labor disputes, has posted ads for "steel manufacturing and production" in the Chicago area.

ArcelorMittal and U.S. Steel have proposed slashing benefits as they grapple with elevated levels of imports that have snatched away business and suppressed prices, cutting into their profitability. The union, which staged big rallies in Gary, East Chicago and all around the country last week, is sounding less optimistic a new contract can be forged by the deadline.

"Unfortunately, the company has continued its attempts to take advantage of the current industry crisis to pursue unrealistic, long-term changes to our contract that would negatively affect active employees, retirees and their families," the USW said in an update Wednesday to members. "These would include dramatic increases in active and retiree health care costs as well as changes to contract language covering hours, overtime and contracting out, among other concessions."

U.S. Steel has repeatedly declined to comment on contract negotiations. ArcelorMittal said it's fighting for the sustainability of its North American operations, which it's estimated have lost an average of $294 million a year over the last five years. The company said it needs to cut costs to ensure its steel mills in the United States remain viable.

The USW says it wants to preserve benefits it's won over the course of many decades at the bargaining table, which it says has built the middle class in many communities across the country.

"We're ready and willing to keep talking and keep working for as long as it takes to reach a fair agreement," said International Vice President Tom Conway, who is leading negotiations with U.S. Steel.

The USW union has delivered contract proposals to ArcelorMittal and U.S. Steel that it says would save millions of dollars while meeting the needs of workers and retirees.

"We will not allow the company to use the current downturn in the market as an excuse to reverse generations of collective bargaining progress," the USW said in a statement.

The United Steelworkers union says it has been making progress in talks with U.S. Steel, but the company is still insisting on huge concessions.

Contract talks have broken down between ArcelorMittal and the United Steelworkers after the company did not take kindly to an offer the union made.

The United Steelworkers bargaining committee that's been in contract talks with U.S. Steel is headed home from Pittsburgh to talk to members a…

BURNS HARBOR | Burns Harbor has been named an Indiana Association of Cities and Towns Community Achievement Award winner for 2015.

Workers at the new Peco Pallet Chicago Depot in Hegewisch voted to unionize earlier this year, but haven't reached a new contract with their e…

GARY | At least 3,000 steelworkers marched through downtown Gary to the gates of U.S. Steel's Gary Works mill, demanding a fair contract that …

Steelworkers to rally in fight for benefits

The United Steelworkers is planning rallies nationwide, including in East Chicago on Wednesday and Gary on Friday, in response to steelmakers'…

Thousands attend a union steelworkers rally in Gary. The USW is planning another big rally at ArcelorMittal Burns Harbor on Sept. 1, when the current contracts with ArcelorMittal and U.S. Steel expire.

Thousands march along Broadway en route to the gates of U.S. Steel to a steelworkers rally in Gary on Aug. 21. The United Steelworkers union and the company entered a new three-year contract.