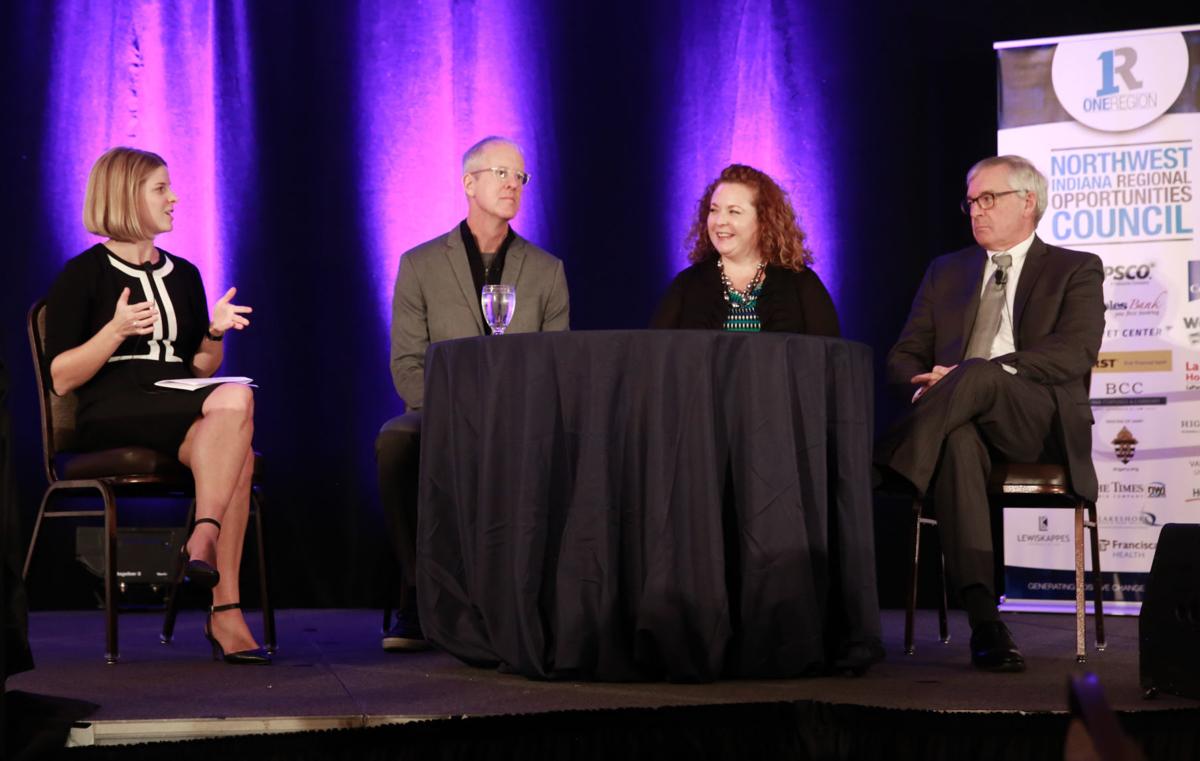 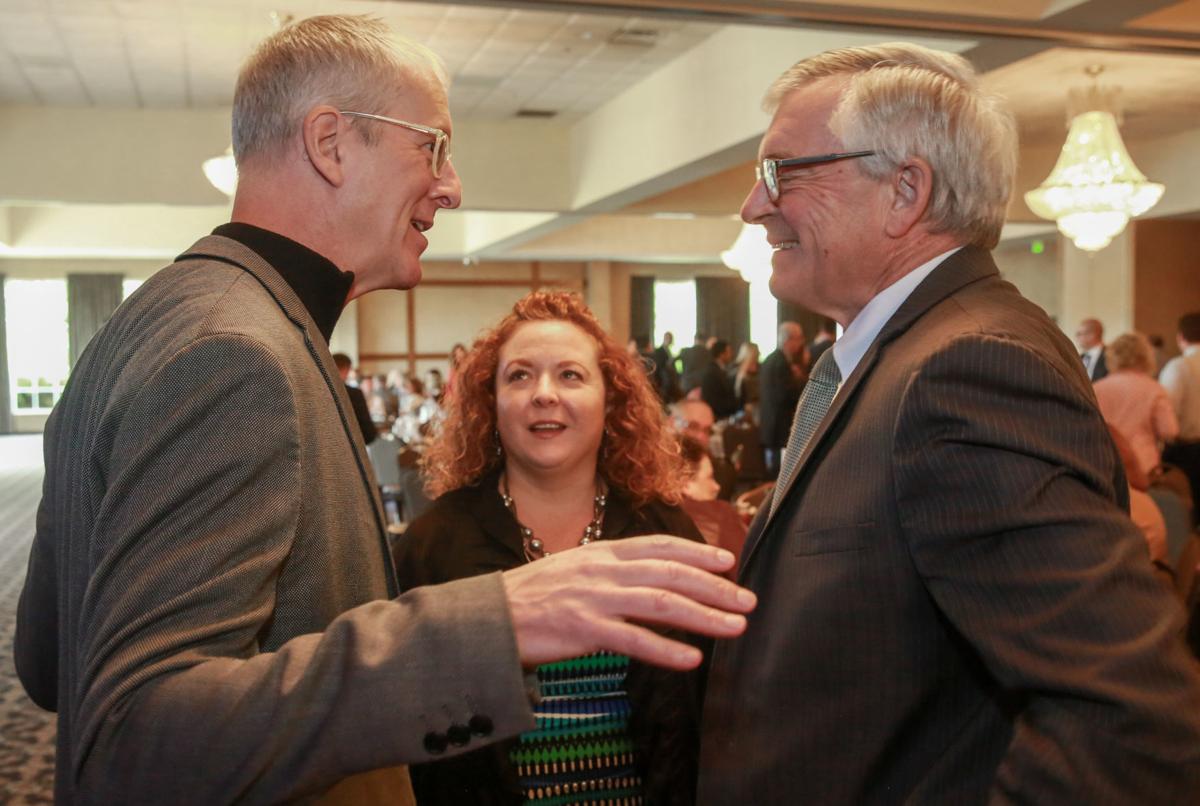 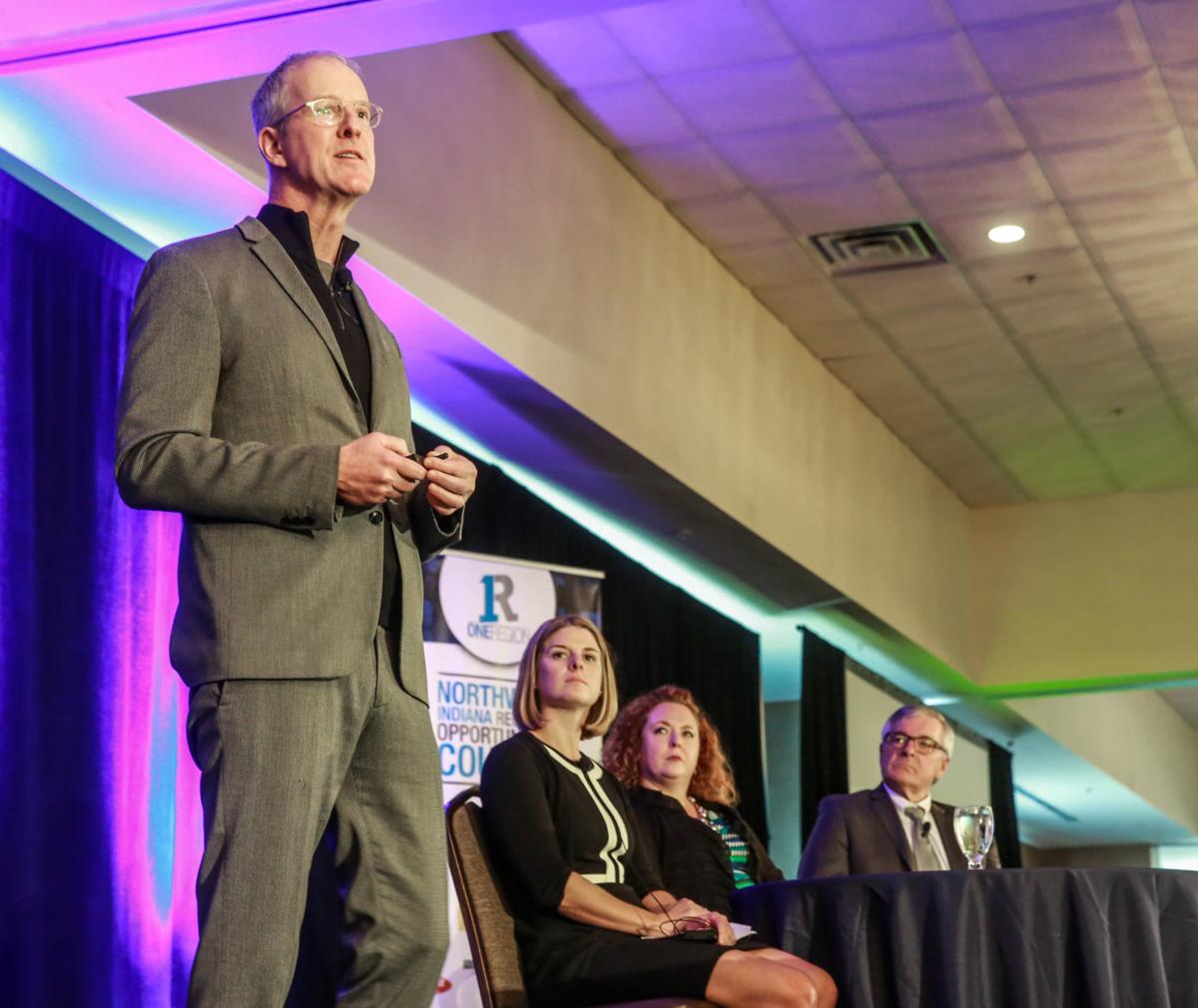 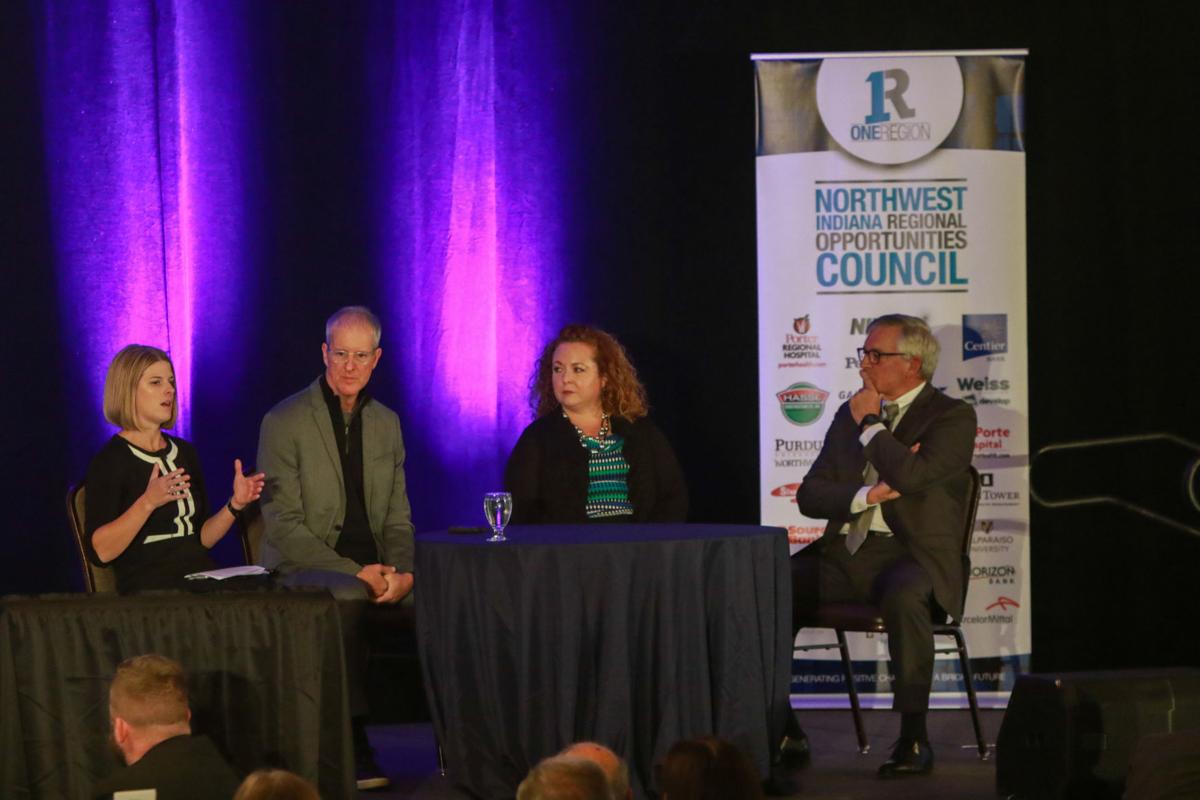 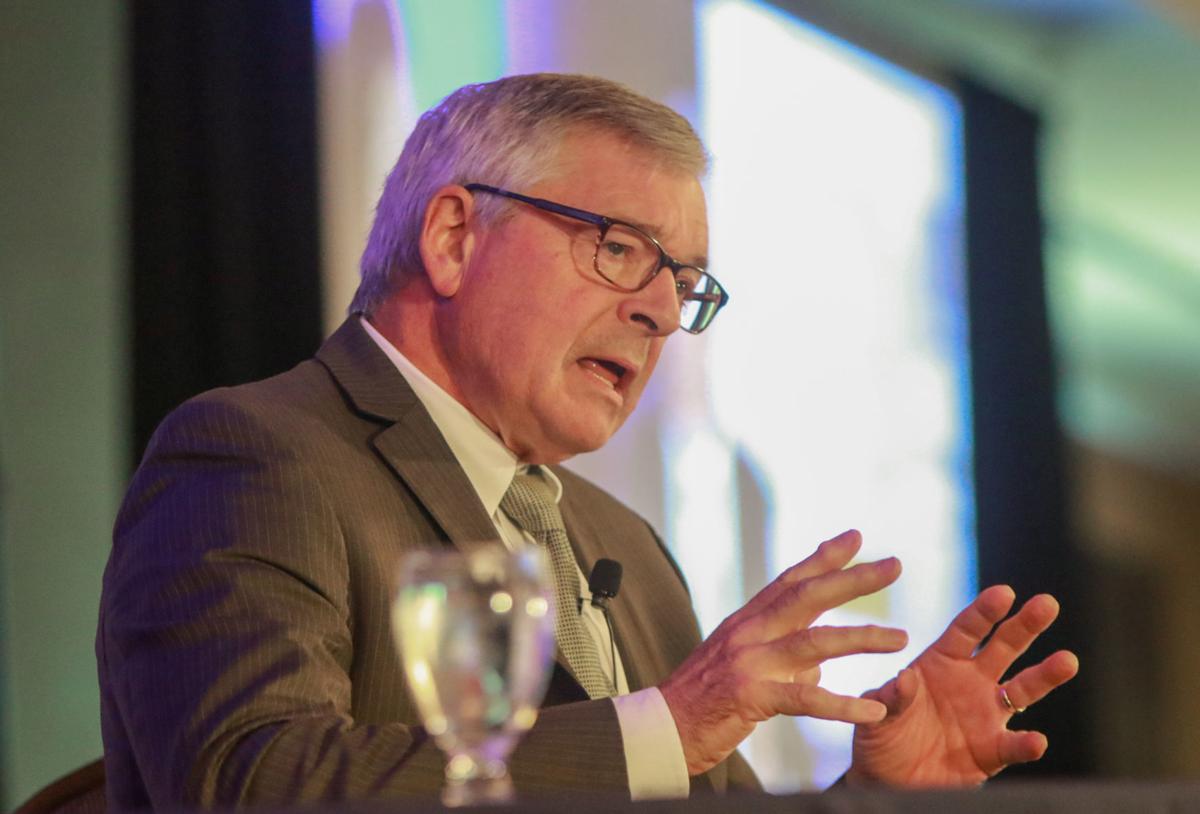 Former Grand Rapids Mayor George Heartwell talks about his city and how it has improved at this year's One Region luncheon. 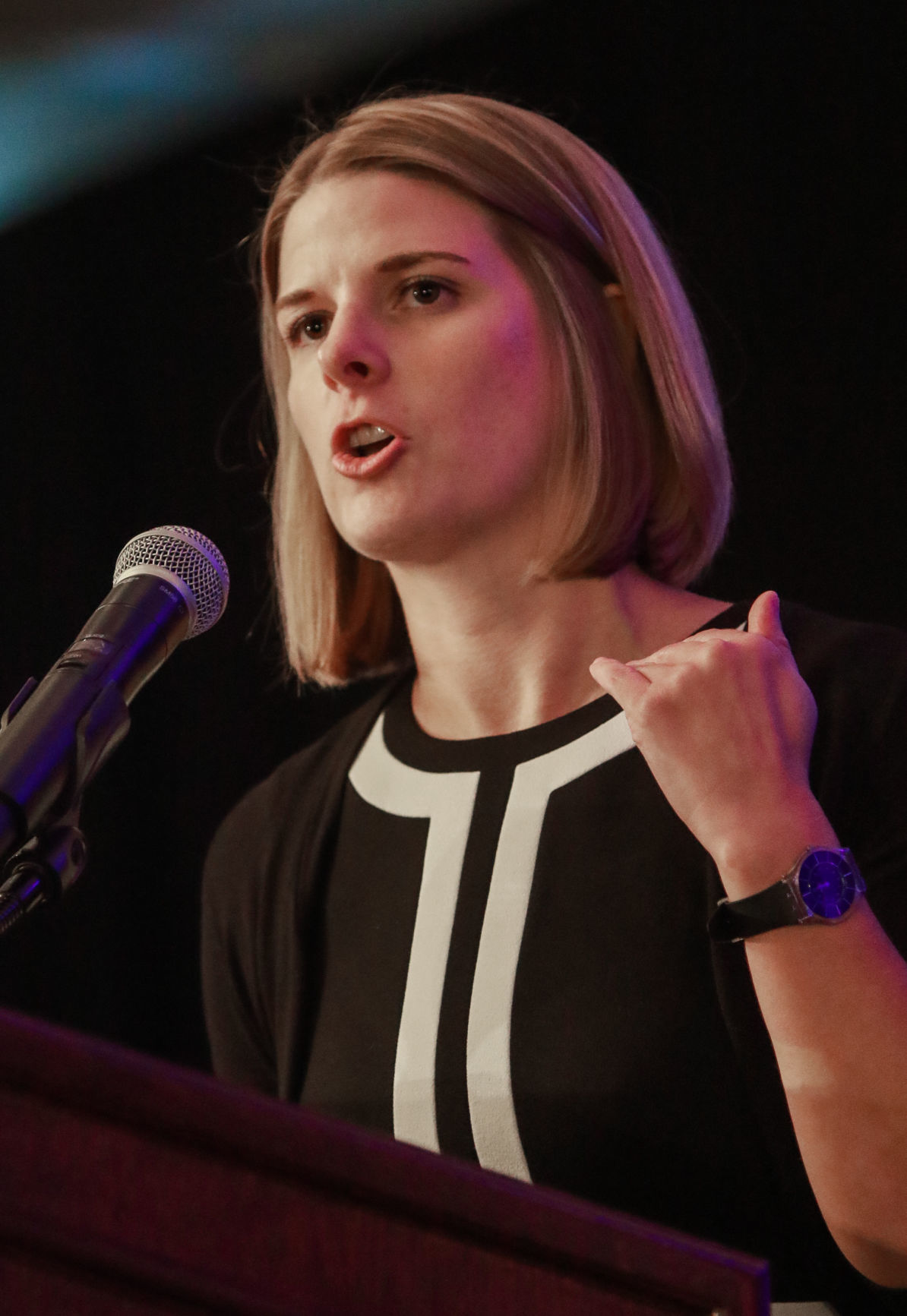 One Region President and CEO Leah Konrady leads this year's One Region luncheon. 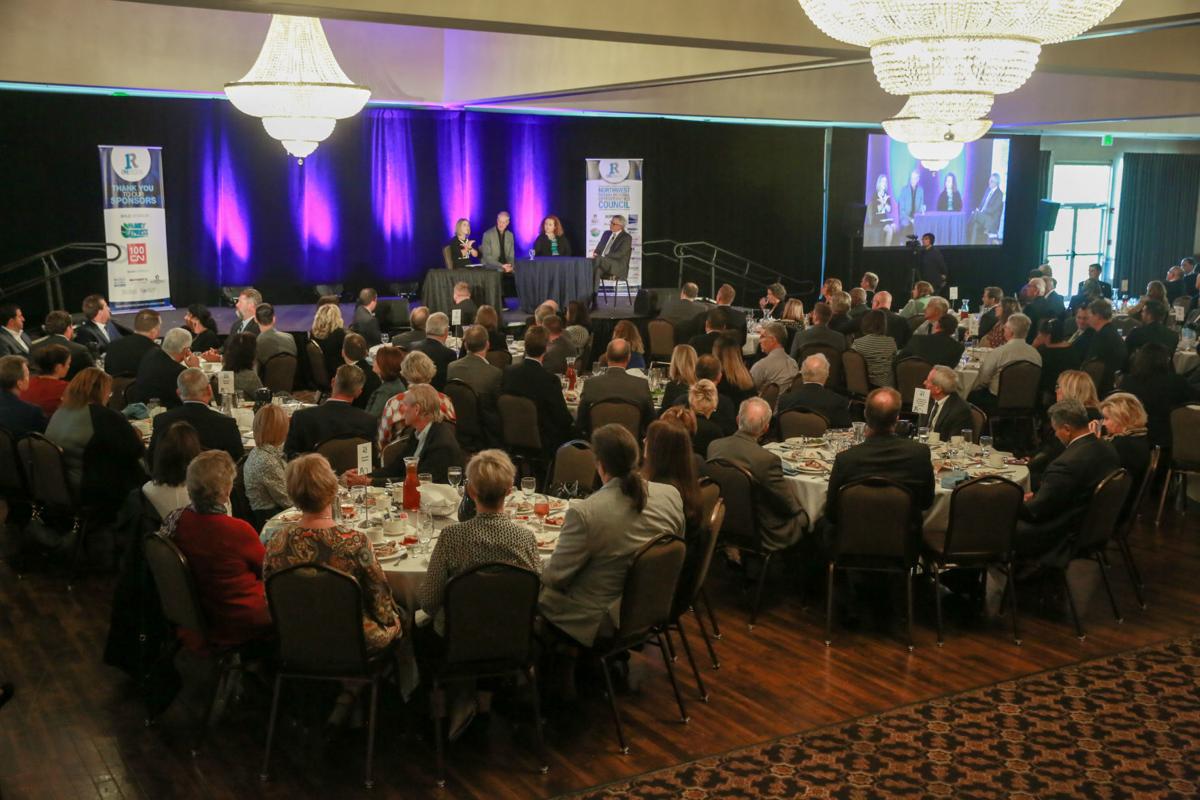 This year's One Region luncheon at Avalon Manor featured a discussion panel on the walkability of our cities' downtown areas. 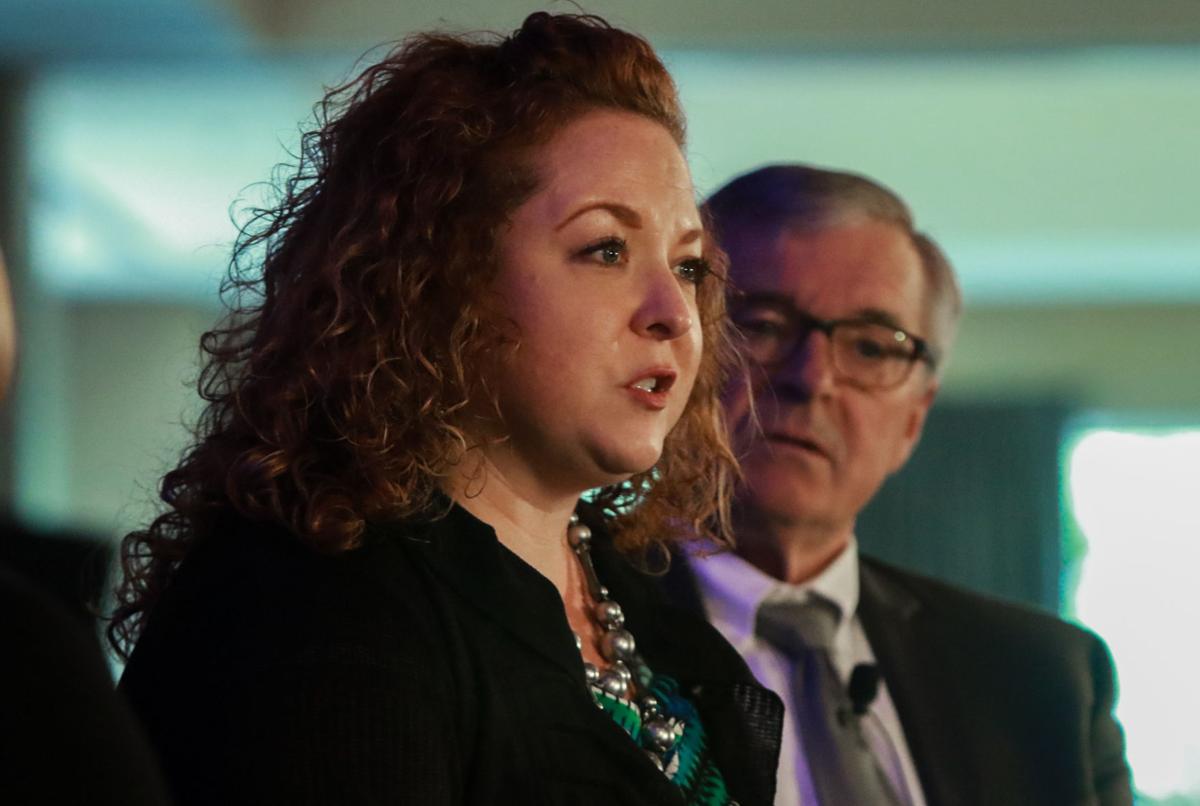 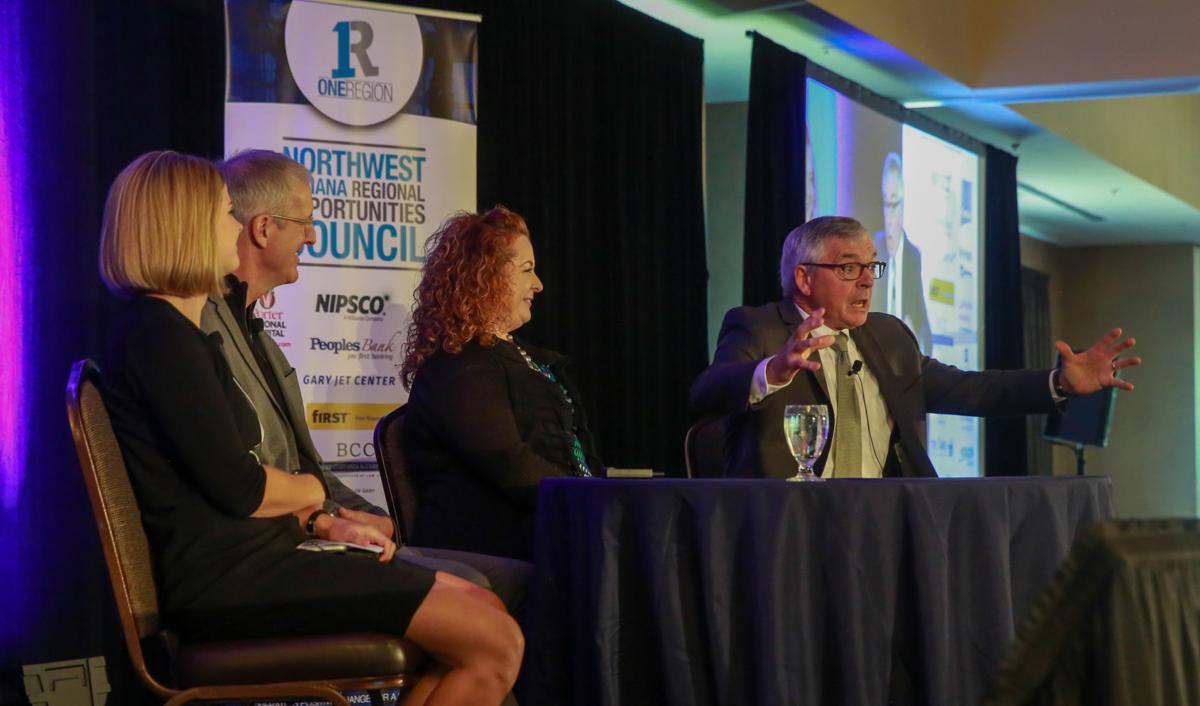 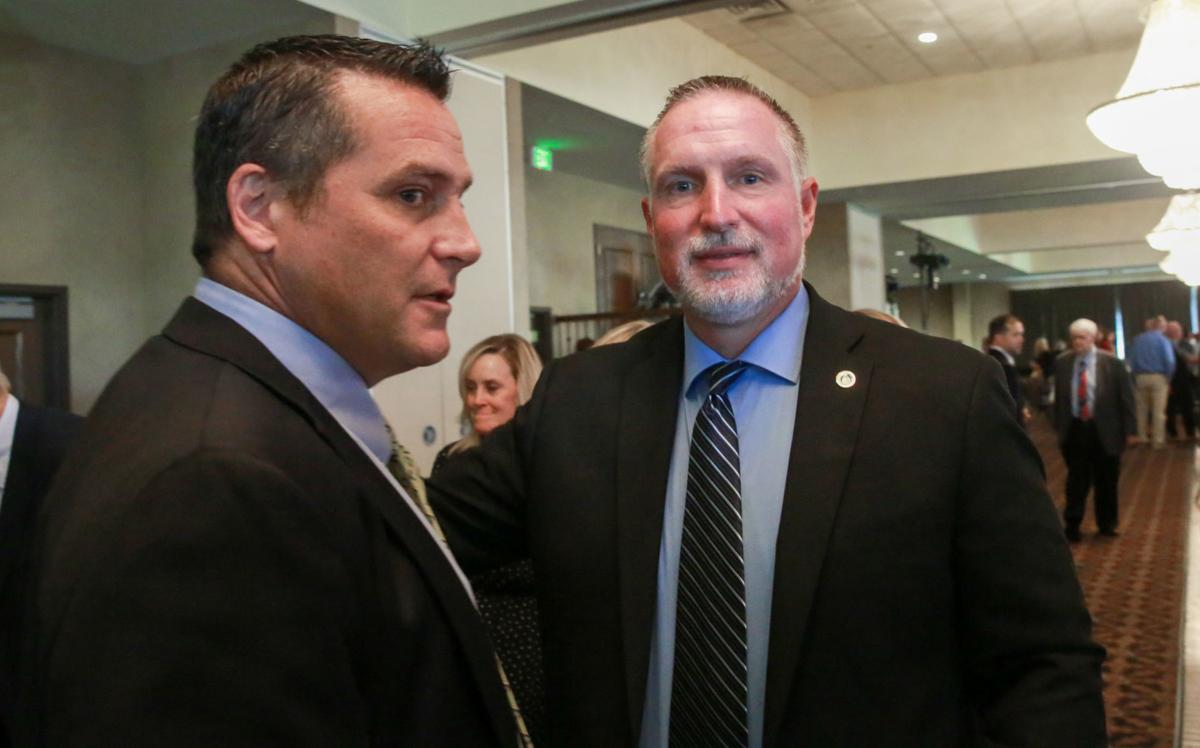 HOBART — The Region needs to look downtown to take advantage of its strengths and renew its growth.

That was the message of the annual One Region luncheon held Thursday at Avalon Manor, where the organization's President and CEO Leah Konrady led a discussion with a nationally known urban planner and two former Grand Rapids, Michigan, officials.

"We have very authentic downtowns across our Region," Konrady said. And, "we are part of the Chicago economy. How do we leverage the assets we have and tie into the economy we have?"

The argument for 'walkability'

City planner and urban designer Jeff Speck, who has led downtown planning projects across the country, including in Grand Rapids and currently in Hammond, noted the typical proportion of personal income spent on transportation rose from 10% in 1970 to 20% in 2010. He said that while 67% of housing in the United States is designed for households of two parents and at least one child, only 22% of households conform to that.

The economic drag of commuting, the potential demand for smaller housing, along with the relatively high value of downtown housing, indicate a market for mixed-use downtowns with relatively dense housing.

Side benefits would include reduced carbon production. "We're living much larger lives in the suburbs than in the cities," Speck said.

Too-wide streets, a reliance on highways and the goal of keeping traffic moving also contribute to car crashes and vehicle-versus-pedestrian accidents.

Speck argued that renewed downtowns should have the goal of making walking useful, safe, comfortable and interesting. Cities should encourage bicycling, minimize expansive parking lots and use buildings and infrastructure to create defined spaces that welcome public gathering.

"We like our spaces to have edges," he said. But, "we don't want to be bored by garages or other blank walls."

Speck argued that "housing is underrepresented" in downtowns, and bringing it back would boost business, safety and quality of life.

"When you bring housing back to a more business area, everything else gets better," he said.

Konrady said One Region fact-finding trips around the country have shown commonalities in success stories.

"There's usually a catalytic — an anchor — project," she said. There's also some mechanism to fill the financial gap between the required investment and expected return for early projects in a redeveloping area.

"That financing piece is critical because those first projects are such high risk," she said.

"Grand Rapids was a ghost town of a city in the 1970s," Heartwell said. Three things changed the downtown: universities; a "Grand Action" plan that made a sports and concert arena and a convention center catalysts for growth; and the attraction of a concentration of medical institutions.

"It put hundreds, if not thousands, of people downtown on a daily basis," Heartwell said of the institutions that now call "Medical Mile" their home.

The arena and convention center were a result of the belief that "we've got to find a way to invest in public/private infrastructure," Heartwell said.

He said Grand Rapids was fortunate in the role that philanthropy played, but it also used tools like tax increment financing, brownfield redevelopment assistance and other federal and state programs to provide assistance.

The universities and medical facilities — the "eds and meds" — can serve as catalysts, but an old hotel remodeled and expanded into the Amway Grand Plaza served as the turning point.

"That was really marked as the moment things began to change," Schulz said.

Citizen engagement is key to success, Schulz said. As more and more of the city's roads declined to "poor" status, a goal for "complete streets with green infrastructure" was developed and supported by a ballot initiative. The goal included multimodal roads, tree canopies and improved stormwater managment.

"Engagement at a deep level is very important," Schulz said. "Are you investing enough time in the process up front to get this right?"

Speck gave Hammond officials a draft version of a downtown plan for Hammond on Thursday. In a quick overview at the One Region luncheon, he said the city has a good stock of historic buildings, but it suffers from the trend of too-wide streets that make its downtown somewhere to drive through, rather than to go as a destination.

Hohman Avenue should be a city centerpiece, Speck said, and the plan recommends creating a "linear plaza" with the street split in the center for parking and greenspace, a design used in a California community that paid significant dividends in terms of aesthetics and economic growth.

The draft plan for Hammond rests significantly on a downtown Hammond station for the West Lake Corridor commuter rail line, and on demand for housing Speck said Hammond can fill.

Konrady noted Hammond's strategic position in regard to the railroad and proximity to Chicago, but said the goals of One Region and the associated Northwest Indiana Regional Opportunities Council spread throughout the three-county Region. NIROC's recent activities have included organization of a nascent loan program, through which five local banks have pledged to make loans for the crucial "first projects" in areas around current and future railroad stations.

"As each community finds success, we all find success," Konrady said.

With NIROC, the council of business leaders, "my goal has been to create that synergy so we can support the public sector," Konrady said. "The loan program is simply a starting place. There's more to come."

WATCH NOW: Former McGill factory with more than century of history winding down operations in Valparaiso

Transit-oriented development along the South Shore Line? The old Chicago-to-South Bend interurban railroad didn't aspire to that, but the mode…

The South Shore Line's governing board approved construction agreements Monday with Hammond, Munster and Dyer regarding the West Lake Corridor.

The One Region organization will get new leadership this summer as President and CEO Leah Konrady leaves to become CEO of her family’s company, Konrady Plastics, in Portage.

Former Grand Rapids Mayor George Heartwell talks about his city and how it has improved at this year's One Region luncheon.

One Region President and CEO Leah Konrady leads this year's One Region luncheon.

This year's One Region luncheon at Avalon Manor featured a discussion panel on the walkability of our cities' downtown areas.