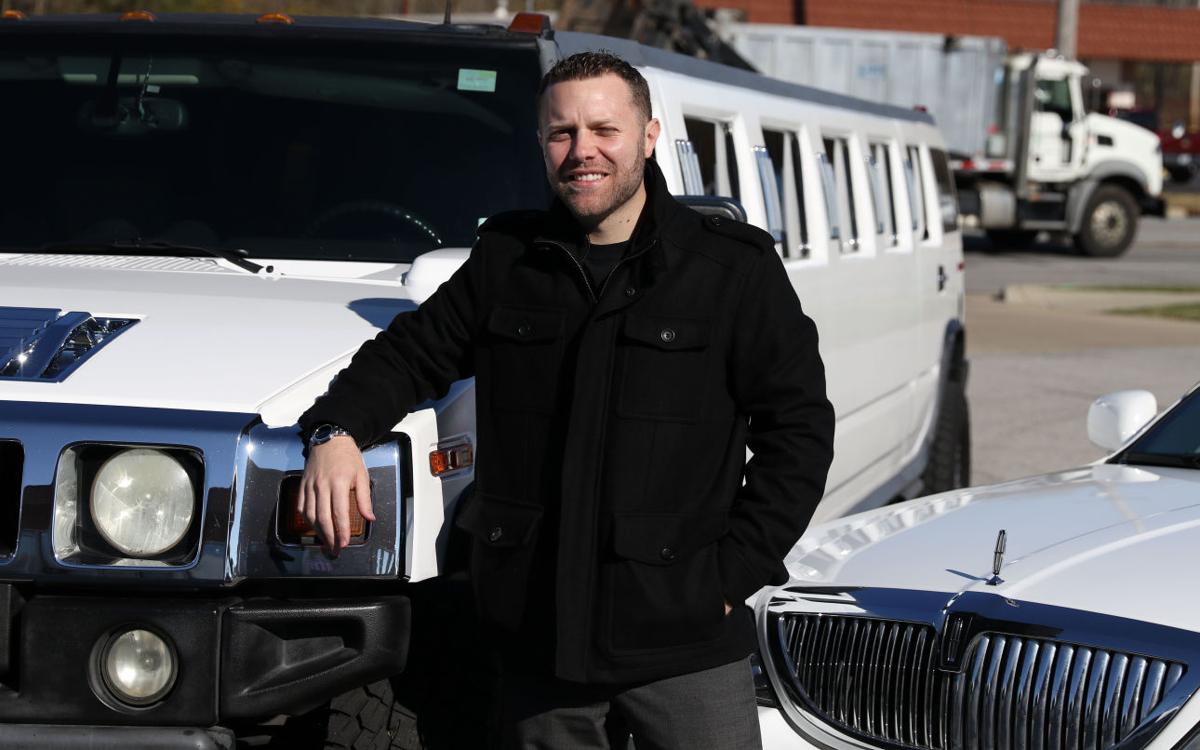 Veteran Joshua Seabrook stands in front of his Hummer, a  popular vehicle at All-Around Limousine in Portage. 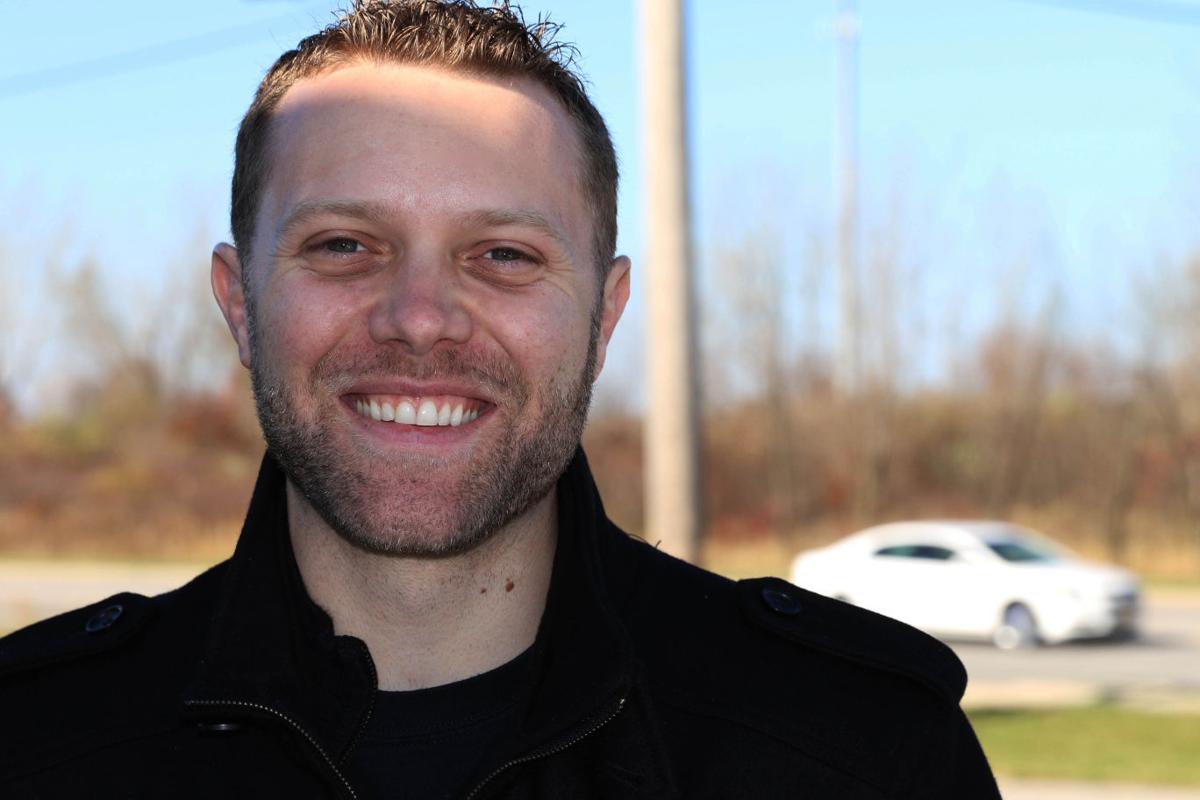 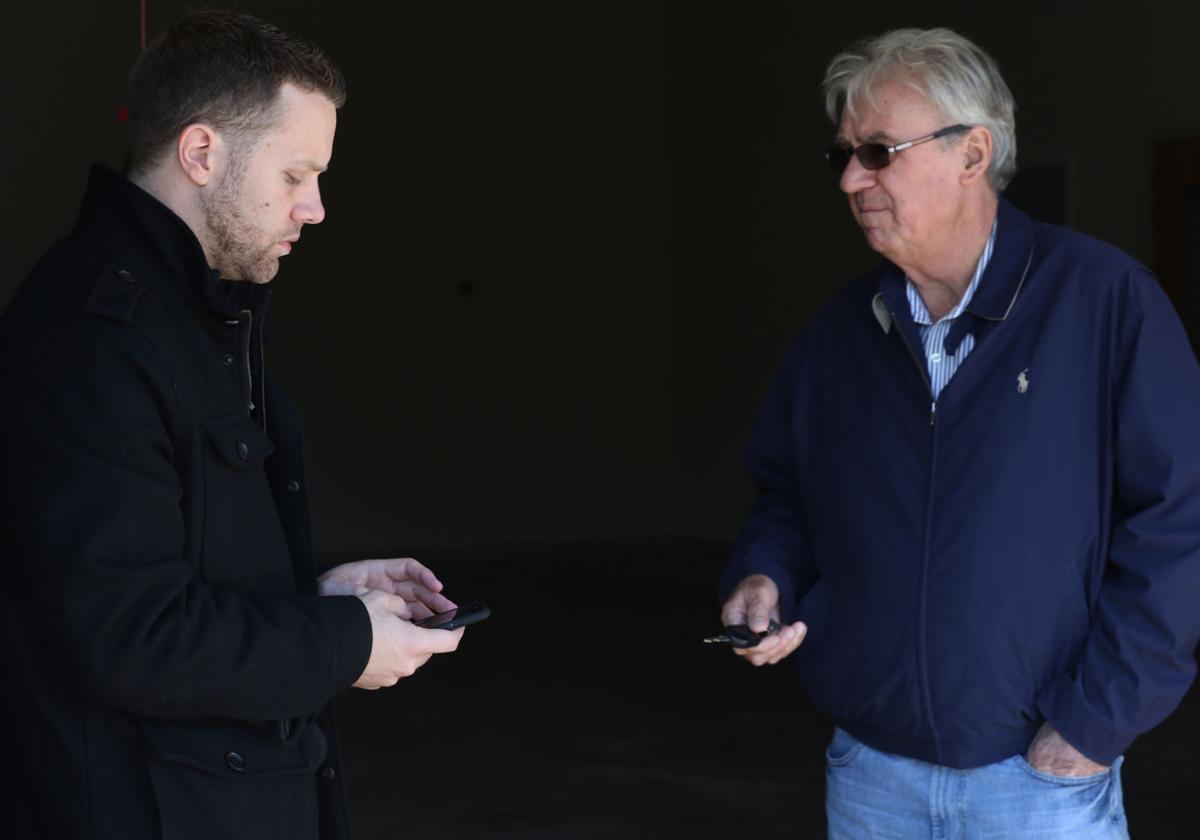 All-Around Limousine owner and veteran Joshua Seabrook makes a reservation for a customer.

PORTAGE | A combat veteran of the wars in Iraq and Afghanistan is now running a growing limousine business that serves Northwest Indiana.

Former Indiana National Guardsman Joshua Seabrook got his start ferrying around soldiers who returned from war zones to be demobilized at Camp Atterbury near Indianapolis. Returning soldiers were outside of town with no cars, so Seabrook took them to pick up their cell phones, run errands, get tattoos or visit steakhouses and a nearby outlet mall.

Seabrook, who served in the military for eight years, served as a lab technician and a medic during his first deployment, and was in charge of a laboratory the second time around.

He provided medical services to refugees and local Afghan people, including a child who was flown out for heart surgery to Riley Hospital for Children in Indianapolis, but died two days after returning to Afghanistan.

"It was kind of rough," he said. "We were treating mostly women and children, trying to win hearts. Nothing was safe. We were always being mortared on post."

His unit drove around in Ford Rangers, often with no more firepower than their M4 carbines. They had to be wary of landmines that were planted during Russia's war with Afghanistan.

In Iraq, his patient clinic treated soldiers with traumatic brain injuries and sometimes had to medevac them to a larger Air Force base, which had blood for blood transfusions.

After getting out of the service, Seabrook had a single town car he used to launch his business by Camp Atterbury. Now he has a fleet of a dozen vehicles after he took over the family business, All-Around Limousine Service.

The Portage-based limo service, which his grandfather founded in 1985, serves both Lake and Porter counties. All-Around takes people to airports, concerts, wedding, proms, Quinceaneras and nights out on the town. It's ferried around corporate executives, including from Anheuser-Busch, and celebrities, including Republican presidential frontrunner Ben Carson and the Jackson family.

In the long-term, Seabrook hopes to add a few more vehicles, keep his fleet updated, and partner with a few other limo companies to launch an app to compete with the Ubers and Lyfts of the world.

Seabrook said any veterans looking to start their own businesses can always pick his brain, and he has some advice.

"Don't quit your day job too quickly," he said. "I'm a big proponent of not being too much in debt. Loans can make it hard to make any money. With enough energy, you can make it work. A lot of soldiers are making the transition. Seek help from your battle buddies."

For more information about the company, allaroundlimoservices.com or (219) 980-3636.

Remembering the Region's fallen of Vietnam

At least 273 Region men died serving their country in the steamy forests, mountains and coastlines of an Asian country more than 8,000 miles away.

Veterans face a number of well-documented problems upon returning home from war, such as post-traumatic stress disorder, difficulty reintegrat…

Veterans served their country, often heading off to war in faraway lands.

Boost Mobile, the wireless carrier known for its prepaid plans, has opened a new Valparaiso store by Walmart as it looks to boost its presence…

How Veterans Day is commemorated around the United States

Ninety-seven years ago, an armistice ended World War I, which was then the greatest conflict the world had ever seen. Armistice Day became Vet…

Veteran Joshua Seabrook stands in front of his Hummer, a  popular vehicle at All-Around Limousine in Portage.

All-Around Limousine owner and veteran Joshua Seabrook makes a reservation for a customer.