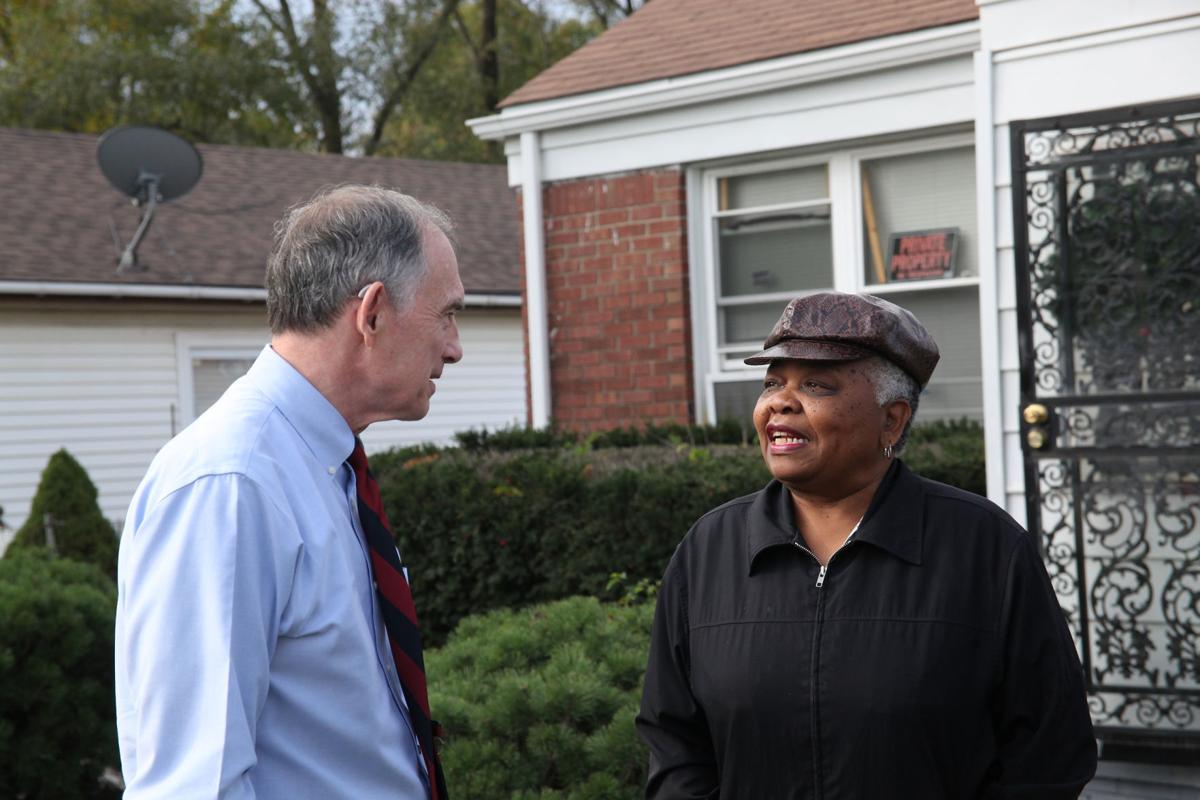 U.S. Rep. Pete Visclosky, D-Merrillville, talks Tuesday with Christine Hite in front of her Gary home, which was weatherized by Northwest Indiana Community Action in the 40th anniversary year of the federal program. 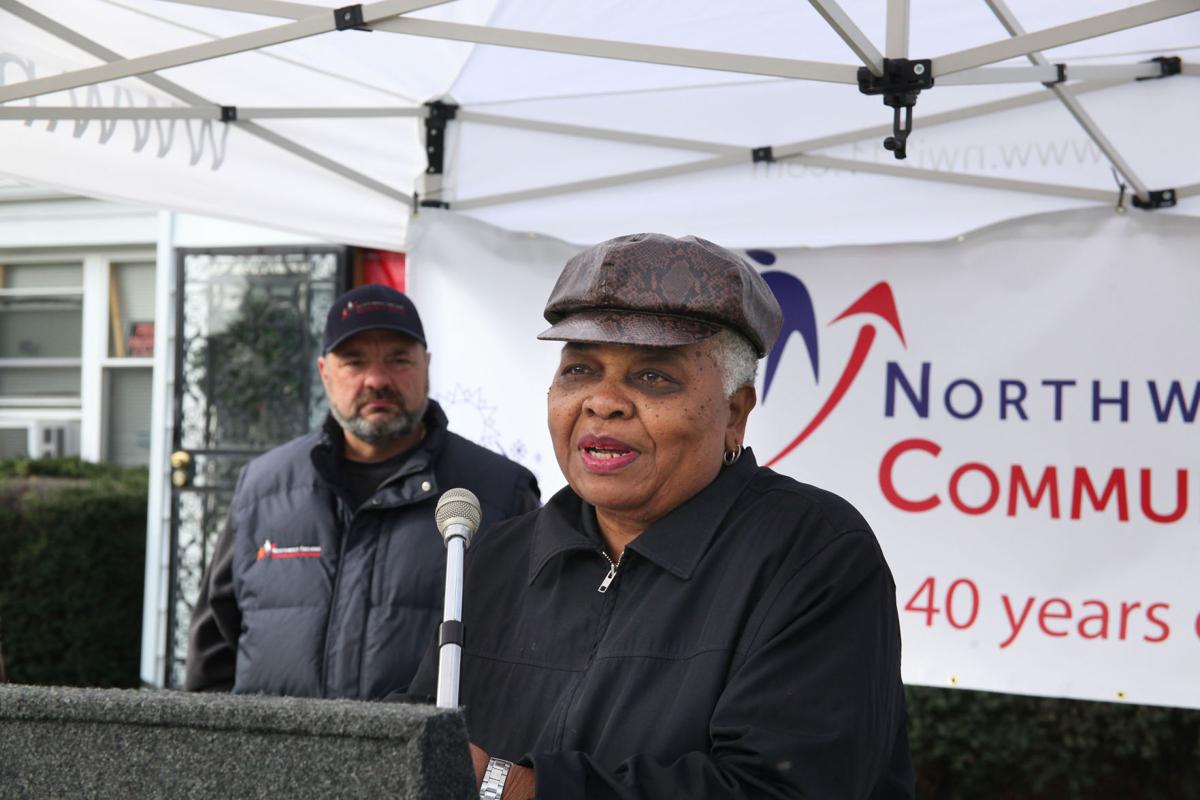 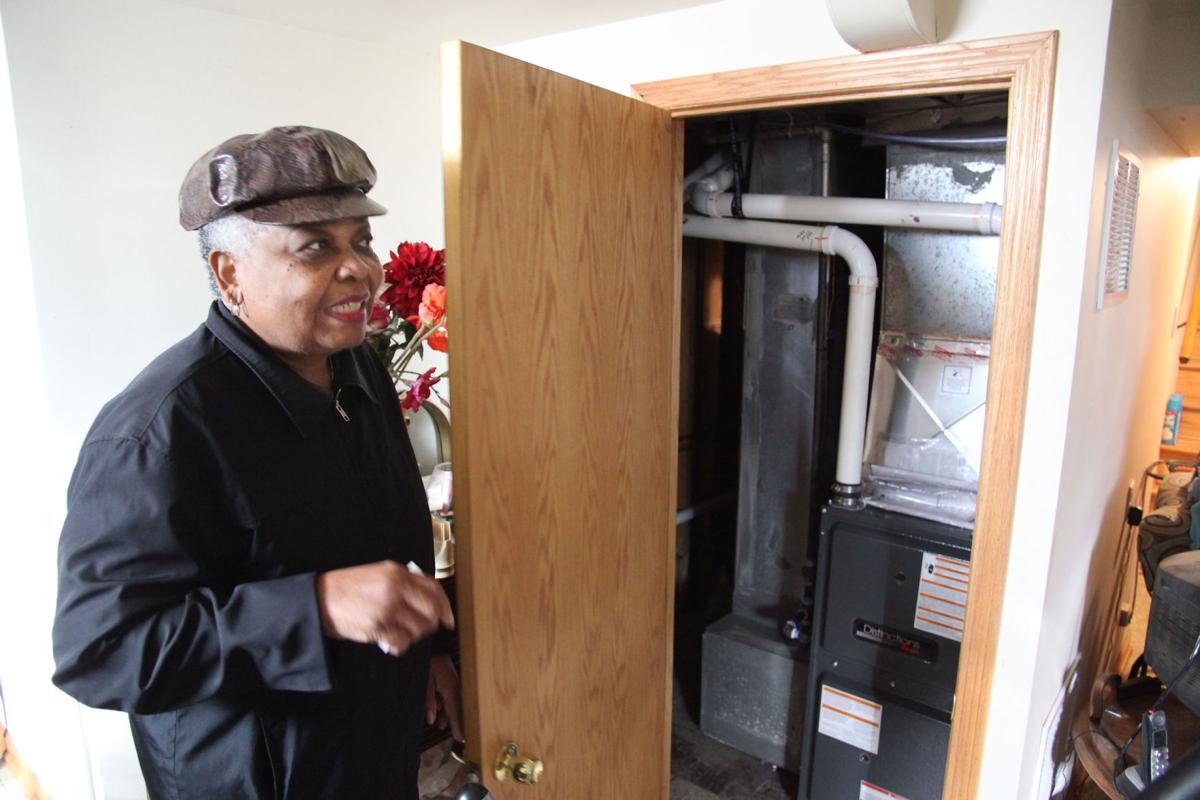 Christine Hite shows the new high-efficiency furnace that was installed in her Gary home when it was weatherized by Northwest Indiana Community Action.

Christine Hite is one of those people who just can’t quit.

The 75-year-old Gary resident works out on her exercise bike three times a week and works three or four days each week as a home health aide. But like most seniors she’s always looking to save money and one day a friend told her how she could cut her heating bill.

“She said, ‘Christine, you are a senior citizen. You qualify. Call Jim.’”

On Tuesday, Hite was standing in front of her home with Jim Witczak, weatherization supervisor for Northwest Indiana Community Action. Witczak and a contractor crew had just finished up a weatherization project on Hite’s home that he estimates will save her $75 per month on her home heating bill.

“This is what this job is all about, helping people like Christine,” Witczak said.

The work on Hite’s home was done in an historic year for the weatherization program, which has celebrated its 40th anniversary with ceremonies in Washington, D.C., and Indianapolis. The program was established by an act of Congress in 1976 and signed into law by President Gerald Ford.

U.S. Rep. Pete Visclosky, D-Merrillville, visited Hite’s home Tuesday morning to deliver good news and bad news about the program. The good news is the work on Hite’s home was preceded by work completed on 7.4 million other homes throughout the nation in the past 40 years. The bad news is Congress once again is late passing a federal budget, so no one knows exactly how much money will be available for the program going forward.

“But we do hope to see money for this program,” Visclosky said in vowing to fight for the appropriation.

Despite Congress’ lack of action, the weatherization program remains open for business in Northwest Indiana.

Anyone who qualified or thinks they might qualify for the Low Income Home Energy Assistance Program (LIHEAP) can apply for the weatherization program. A home inspection is done in order to determine if the home can be weatherized within the financial constraints of the program. Work done can be extensive, including a new furnace if needed. The average household participating in the program in Northwest Indiana has $5,500 in weatherization work done, according to Community Action.

The work on Hite’s home was also made possible by a Healthy Homes grant administered by the Indiana Housing & Community Development Authority.

Federal weatherization program by the numbers

$48,500: Family of four making less than this qualifies

2 million: less tons of carbon in atmosphere per year

Wages not keeping up with cost-of-living increases in NWI

One out of three Hoosiers are living below the federal standard of self-sufficiency, according to the U.S. Census Bureau's American Community Survey.

The Northwest Indiana agency that has distributed home heating aid to more than 10,000 low income households this winter is decrying President…

The home heating aid application season opened Monday, but many local agencies are not allowing people to make appointments until next month, …

Enrollment season opens Monday for a home heat aid program that can help both homeowners and renters who pay their own utility bills.

Local township offices and community service agencies are seeing the effects of the propane shortage on rural residents, where the fuel is com…

NIPSCO wants to spend a $1.3 million refund it will receive from a vendor to close a potential gap in heating assistance for low-income custom…

U.S. Rep. Pete Visclosky, D-Merrillville, talks Tuesday with Christine Hite in front of her Gary home, which was weatherized by Northwest Indiana Community Action in the 40th anniversary year of the federal program.

Christine Hite shows the new high-efficiency furnace that was installed in her Gary home when it was weatherized by Northwest Indiana Community Action.