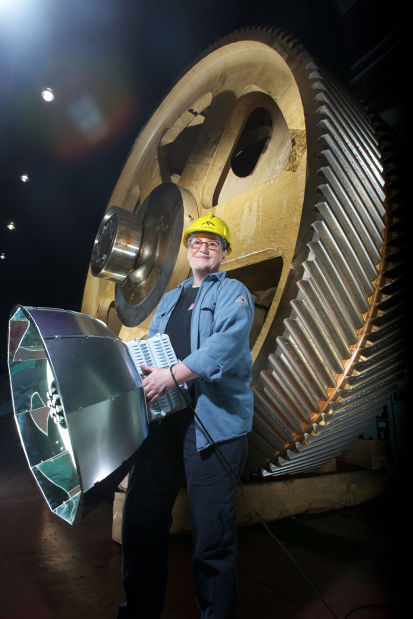 Toni Brown, a maintenance technician at the 80-inch hot strip mill at ArcelorMittal Burns Harbor, was one of the first women in a craft position when she started her career at the steel mill in the 1970s. 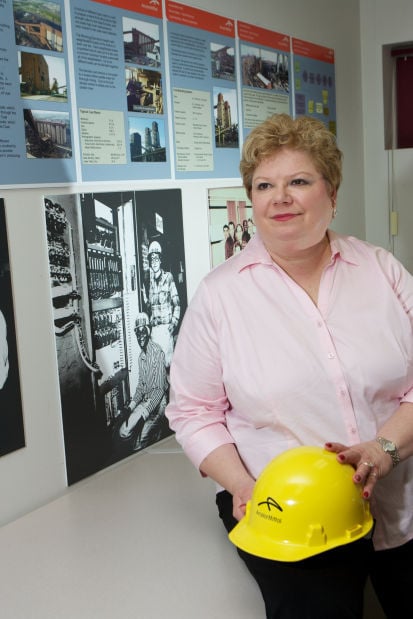 Mary Lynn Gargas-South, human resources director for ArcelorMittal Flat Carbon USA, was the lone female in a group of 200 salaried employees in her department when she began her career 31 years ago.

Toni Brown, a maintenance technician at the 80-inch hot strip mill at ArcelorMittal Burns Harbor, was one of the first women in a craft position when she started her career at the steel mill in the 1970s.

Mary Lynn Gargas-South, human resources director for ArcelorMittal Flat Carbon USA, was the lone female in a group of 200 salaried employees in her department when she began her career 31 years ago.

Mary Lynn Gargas-South was the lone female in a group of 200 salaried employees in her department when she started her career at ArcelorMittal predecessor Inland Steel in East Chicago 31 years ago.

Gargas-South worked in a variety of areas, including power and utilities, operations, finishing, and product and process improvements. She was a hands-on engineer who wore an oxygen tank and checked for leaks in steam valves.

Now she's risen to the position of human resources director for ArcelorMittal Flat Carbon USA, and works out of the corporate office in Burns Harbor.

The steel industry is a traditionally male-dominated industry, but that's changing, Gargas-South says. She was once the lone female, but now about 20 percent of the salaried and managerial ranks are women, as are 10 percent of hourly workers.

The number of women working in the steel industry has been growing. ArcelorMittal, the largest steelmaker in the world and the biggest in Northwest Indiana, has been actively trying to interest more women in the field, recruiting more female engineers, and grooming women for advancement.

ArcelorMittal sends its female engineers out to give talks at engineering schools such as Purdue University, the Ohio State University, Penn State University, and the Colorado Schools of Mines. The company dispatches representatives to middle schools and high schools to try to get more students, including females, interested in science, technology, math, as well as in careers in the steel industry. They also talk to established female engineers in the Society of Women Engineers to introduce them to the steel industry and the opportunities that are out there.

"I think steel is considered traditionally male, but we’re doing a lot to expose more females to the industry, and get the word out that it’s a vibrant growing industry," Gargas-South says. "There's a lot of work and effort that goes into higher strength steel and making interesting products going forward. The steel industry does make a raw material, and we're trying to get more people acclimated to a raw material that used to make cars and bridges and appliances and the majority of things they use and touch in their daily lives."

Toni Brown, a maintenance technician at the 80 inch hot strip mill at ArcelorMittal Burns Harbor who just welcomed her sixth grandchild into the world, started working in the steel industry back in 1977. The Burns Harbor native took part in a key punch operating program at the mill on the Lake Michigan lakeshore in Porter County when she was in middle school and then went to craft school.

"I don't think of myself as a pioneer," she says. "There's a first at everything. I'm just glad I stuck through some of the hardships because I don't think I could work anywhere else and be as satisfied as I am today."

When she first started at the mill, no one told her how cold it got outside right off the lake or that she should have worn long johns. She developed frost bite during her first week.

"It was a wake-up call to me," she says. "I decided I was going to go to the worst possible place out here."

The worst place turned out to be the coke ovens, where coal is baked into a purified fuel for the blast furnace. Signs there warned workers of cancer risks while they toiled outside in sometimes unbelievable cold that could drop as low as 40 below zero.

But coke oven shifts also ran from 7:30 a.m. to 3:30 p.m., which allowed Brown to be home when her children returned from grade school. After they grew up, she decided to transfer to a new department.

Brown was put in charge of a massive project to install more energy-efficient lighting in the hot strip mill, earning her the titles "energy czarina" and "illumination specialist."

At first, she was having trouble securing the funding needed because they wanted her to demonstrate a return on investment over the next 12 or 13 months. But she managed to persuade higher-ups of the value by projecting $1.4 million in savings over the next decade.

The project has been so successful that Brown even gets sent to other ArcelorMittal facilities to advise them on how to install more energy-efficient lighting.

"When I started 35 years ago, I was one of the first women in a craft position, and it wasn't as welcoming and inviting of an environment," she says. "However I was very fortunate to work in areas that were accepting of women. Now today, that has turned 360 degrees around. It's much easier today for women who come in the industry. Those challenges we had to resolve 40 years ago... I think they realized women weren't going anywhere. They eventually learned to work with us. But overall my experience in this industry, whether we were Bethlehem, ISG or AcrelorMittal, has been positive wherever I was. Today it's easier for women to come out and do whatever they want to do out here. The doors are wide open."

Women have career opportunities in a wide array of areas in the sector, ranging from hourly to technical to managerial, and there are no limits or barriers to how high up the ranks they can rise, Gargas-South says. ArcelorMittal in fact has developed a pilot program for women who are interesting in management positions called Women Emerging in Leadership, which offers career guidance.

"There's no limit to the opportunities," she says. "The sky's the limit. Women can rise as far as they want to go."