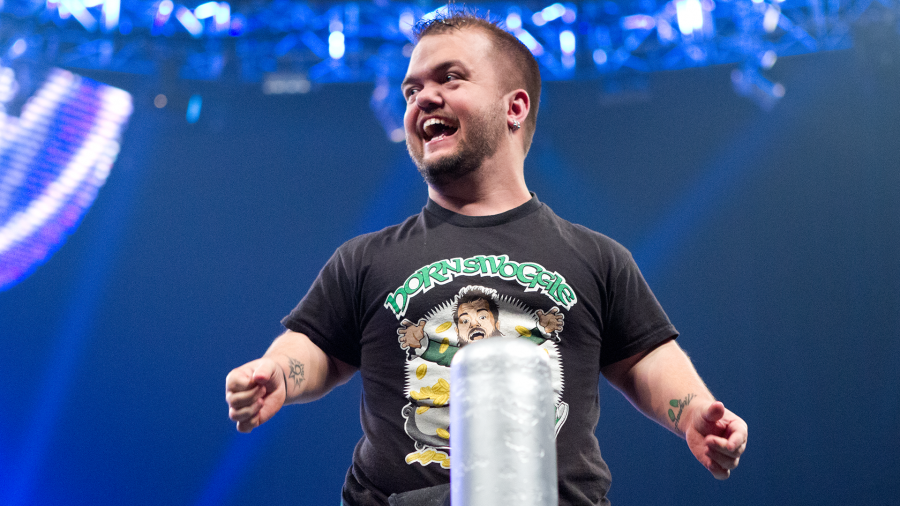 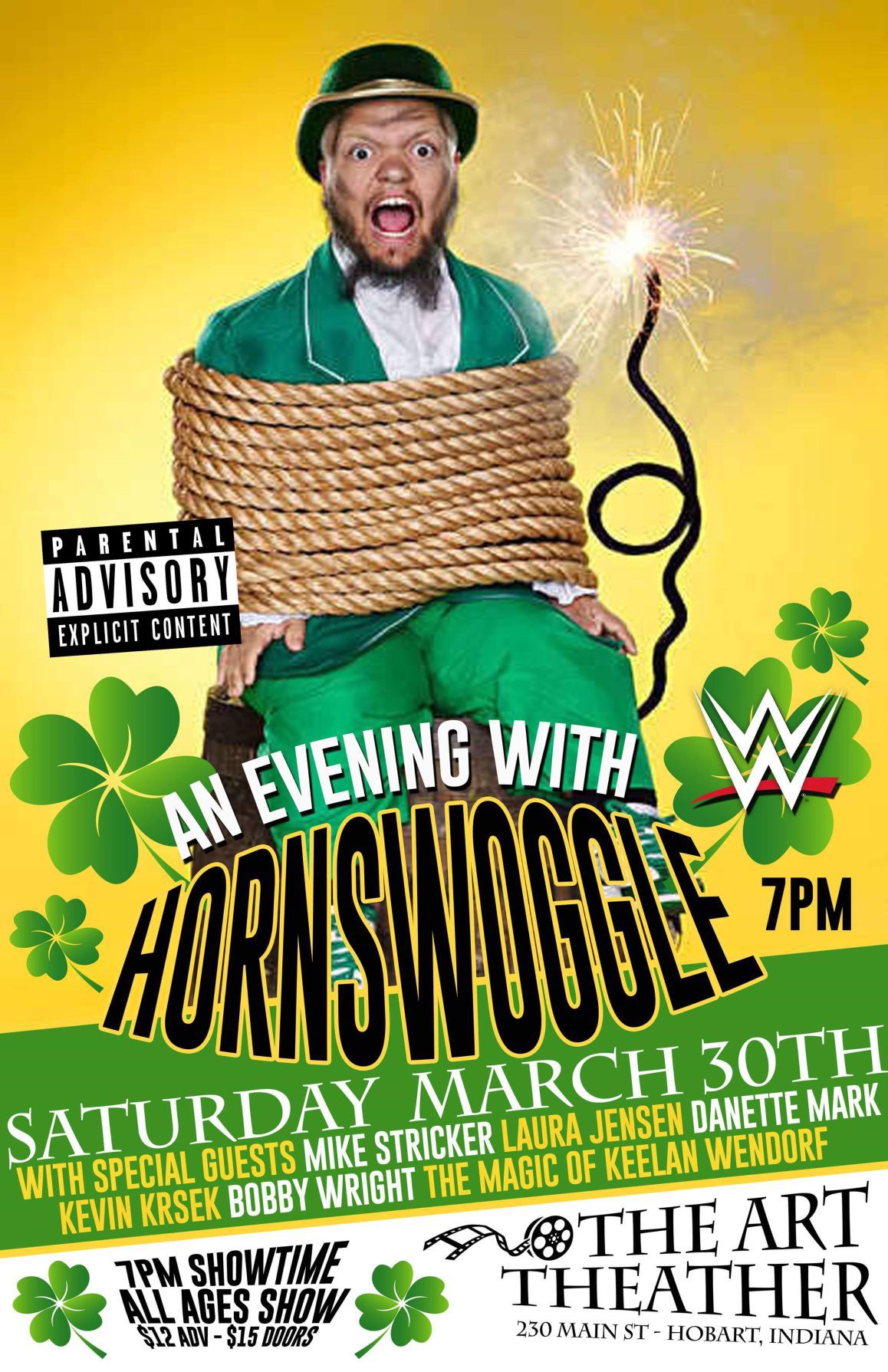 Wrestling superstar Hornswoggle, a magician from Whiting and stand-up comics will perform at the Hobart Art Theatre Saturday.

The former cruiserweight champion and a slew of comics will take the stage at 7 p.m. Saturday at the vintage art deco movie theater at 230 Main St. in downtown Hobart. Other scheduled acts include stand-ups Neil Snyder, Danette Mark, and Kevin Krsek, magician and illusionist Keelan Wendorf, and Chicago comedian Mike Stricker.

"Spend an evening with former WWE Superstar Hornswoggle as he recounts anecdotes and shenanigans from his nearly decade long career in the WWE," the Hobart Art Theatre said in an event announcement. "From meeting WWE Chairman Vince McMahon for the first time to portraying his son in a storyline, Hornswoggle is filled with hilarious stories from his career. Whether being the mascot for one of the most popular factions in wrestling history, D-Generation X, being announced as the mystery Raw General Manager, or the epic WeeLC match with El Torito, nothing is off limits when it comes to the fun and humorous storytelling of the evening."

Hornswoggle, who was the last-ever WWE cruiserweight champion after pinning Jamie Noble at The Great American Bash in 2007 months before the belt was retired, worked with WWE superstars like Triple H, Shawn Michaels, Fit Finlay, Chavo Guerrero, and The Miz over the course of his career with professional wrestling's top promotion. He also will discuss his roles in movies like "Muppets Most Wanted" and "Leprechaun: Origins."

"An Evening with Hornswoggle" also will feature the local theater debut of Wendorf, who's performed around the country but not in his backyard.

"I’m a professional magician and illusionist with a little infusion of comedy from Whiting," Wendorf said. "I’m celebrating my first theater show in the Region at the Hobart Art Theater on March 30. I’ve performed bigger venues across the country but it’s always great to perform here where I became who I am."

Tickets are $12 in advance and $15 on the day of the event. All ticket holders will get a free photo opp, but there's an additional charge for autographs.

Doors open at 6 p.m. at the all-ages show, but one must be at least 21 years old to purchase beers from the attached Three Monkeys Pub.

The hit John Waters-inspired Broadway musical "Hairspray" is coming to the stage in Munster.

Comedians will again take the stage at the Hobart Art Theatre Saturday Night.

The acclaimed shrill-voiced stand-up Gilbert Gottfried, who's appeared in everything from "Aladdin" to "Teenage Mutant Ninja Turtles" cartoons…

Uncle Kracker to perform in Hobart

Uncle Kracker, a country and rock musician from the Detroit area who rose to prominence with two Billboard Hot 100 hits during the early 2000s…

The Region long has been filled with recording studios for aspiring musicians, but now there’s also a studio just for podcasters.

Villa Del Sol, a popular Mexican restaurant on U.S. 30 in Merrillville, is expanding, adding a second location in Hobart.

Bibliophiles have a reason to rejoice, and Northwest Indiana is getting another independent bookstore.

Wrestling superstar Hornswoggle, a magician from Whiting and stand-up comics will perform at the Hobart Art Theatre Saturday.