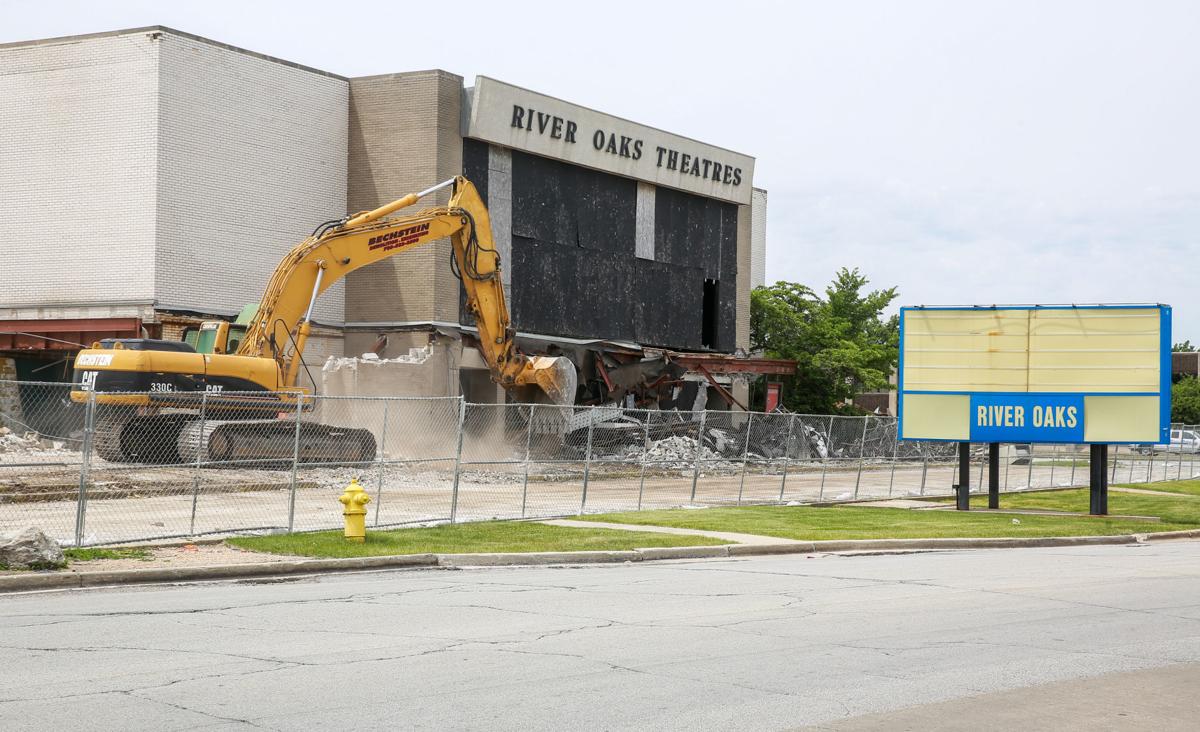 River Oaks Theater is being torn down. The original one-screen River Oaks Dimension 150 Theatre was opened May 30, 1969, by ABC Great States Theaters. 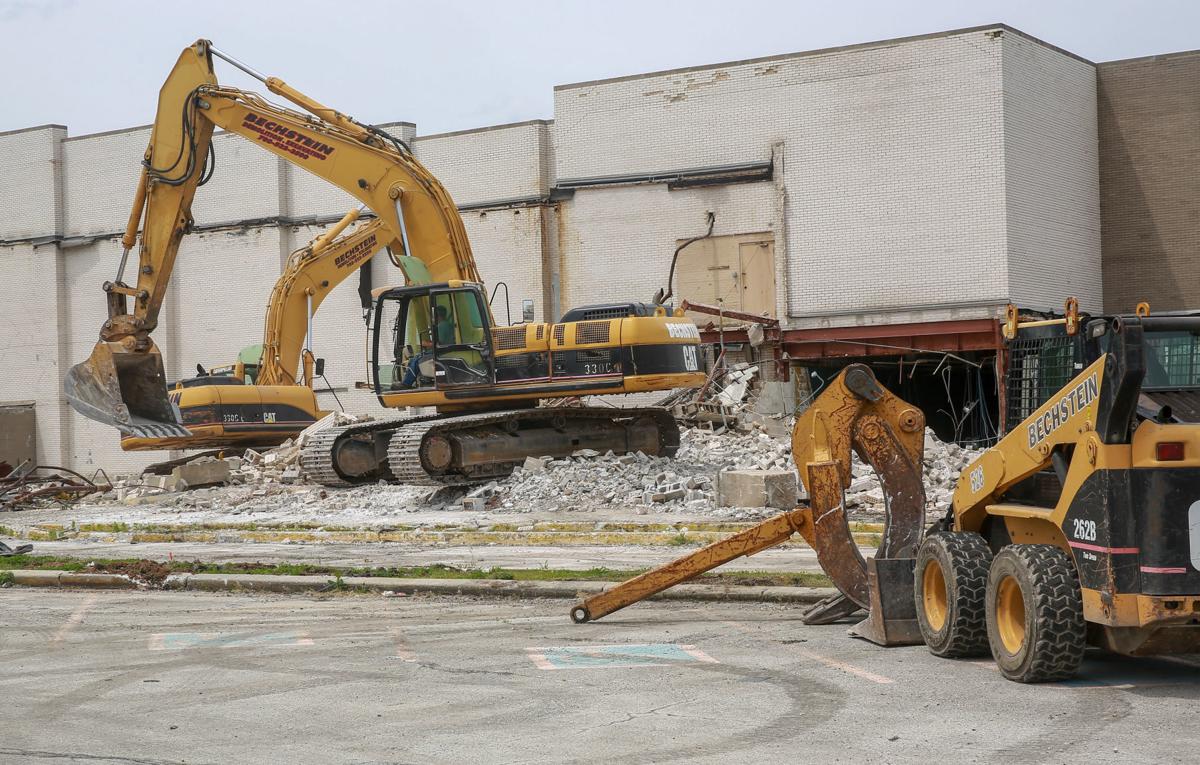 River Oaks Theater is being torn down. The original one- screen River Oaks Dimension 150 Theatre was opened May 30, 1969, by ABC Great States Theaters. 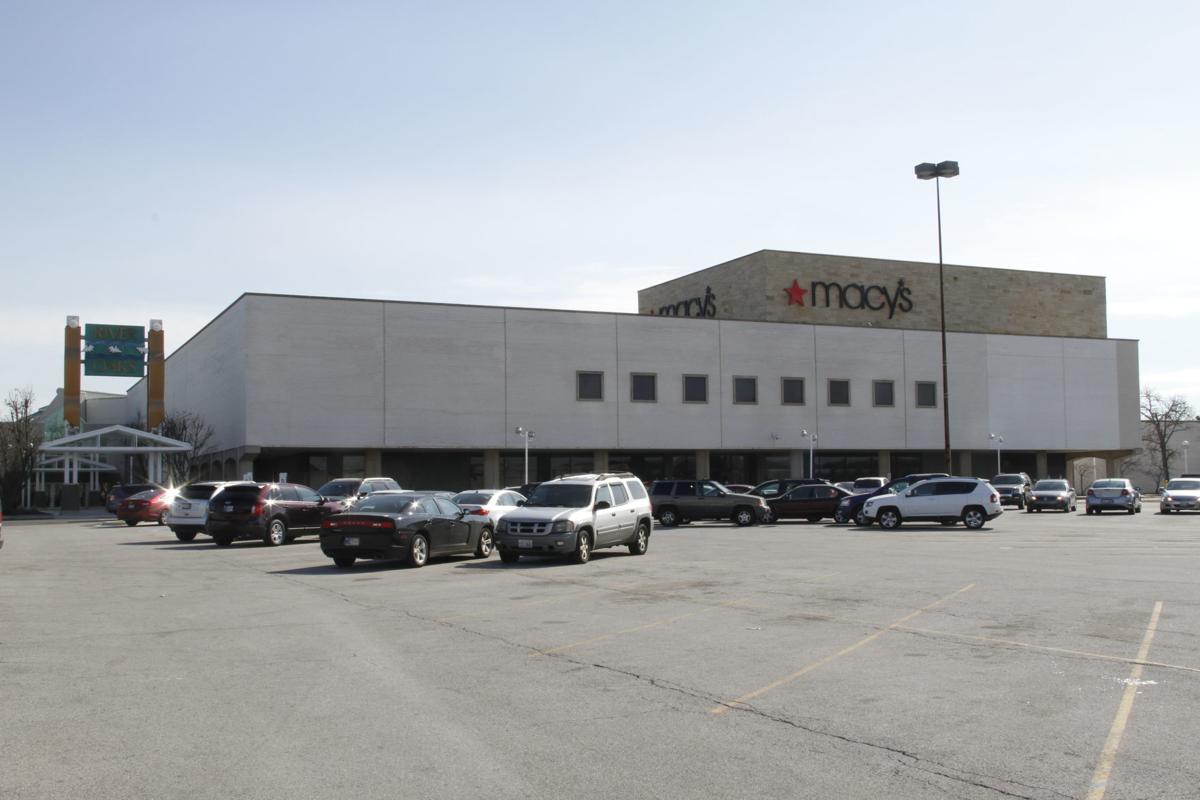 River Oaks Center in Calumet City is pictured above. The River Oaks Movie Theater at the mall is being torn down.

River Oaks Theater is being torn down. The original one-screen River Oaks Dimension 150 Theatre was opened May 30, 1969, by ABC Great States Theaters.

River Oaks Theater is being torn down. The original one- screen River Oaks Dimension 150 Theatre was opened May 30, 1969, by ABC Great States Theaters.

River Oaks Center in Calumet City is pictured above. The River Oaks Movie Theater at the mall is being torn down.

The last reel of film played more than a decade ago, but now it's really curtains for the River Oaks Theaters in Calumet City.

Owner Namdar Realty Group/Mason Asset Management, a Long Island-based firm that acquired the River Oaks Center mall for $26.3 million last year, is demolishing the mall movie theaters that closed in 2006. A backhoe has been chomping away at the theaters many Region residents have fond memories of, and where many saw "Star Wars" for the first time.

"The city has conducted several inspections over the years since the theater's closing and personally seen the deterioration of the structure," Calumet City Economic Development Coordinator Pete Saunders said. "The city and the property owner both came to the conclusion that the structure was no longer viable."

Saunders said there are no definitive plans for redevelopment at this time.

"We're working with the property owner to determine possible future uses for the site," he said.

River Oaks Dimension 150 Theatre originally opened as a one-screen movie theater with 1,600 rocking-chair seats, a large curved screen, auditorium lights and a giant curtain that opened in the middle, according to the movie theater history website Cinema Treasures.

The theater added 70mm projectors and stereo sound in the 1970s, making it a regional destination that drew many movie-goers from Northwest Indiana. The 900-seat River Oaks Theatre 4 opened in an attached building in 1978.

During their heyday, the movie theaters at the once-popular River Oaks mall screened many classics such as "Apocalypse Now," "Alien," “Close Encounters of the Third Kind," "Logan's Run" and “Superman,” but had become rundown before closing more than a decade ago. The theaters were a popular destination known for soft seats and $3 movie Tuesdays.

Highland resident Matthew Graegin used to go to the movie theaters in Calumet City as a kid.

"I saw 'Parent Trap' 1997 and 'Toy Story 2' in 1999 at that theater with my parents before they closed down for good," he said. "It has been an eyesore since 2008. I had good memories at this theater. But time moves on, and it was about time for this theater to come down."

A soggy view of the past

River Oaks Theaters 1-6, a six-screen multiplex, was demolished in 2012, and River Oaks Theaters 2 and 3, known for playing films that didn't come to Northwest Indiana, shuttered in 1989, and were converted into the now-closed Office Depot store.

Carson's will close its department stores in Southlake Mall in Hobart, the Marquette Mall in…

Shops on Main in Schererville is newer and more buzzed-about.

The e-commerce age has arrived at one of the Region's oldest enclosed shopping malls.

The Region's malls are gearing up for the busy holiday season, extending their hours, bringi…

Region stores have varying hours on Thanksgiving. Here are some of them to plan your day.

After the turkey’s been torn apart and the leftovers are stuffed in the fridge, Region resid…

Rock out at Highland's Rockopelli Music Festival for a good cause

If you love rock and roll, want to rock and also support a good cause, head down to Main Square Park in downtown Highland on Saturday.