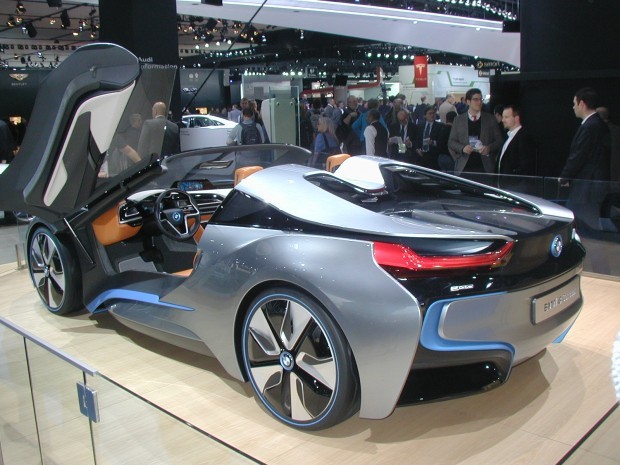 BMW opens the dream catcher with its i8 Spyder Concept car. This open cockpit beauty is plug-in hybrid ready, reaching 20 miles on the electric charge. A supplemental 1.5 liter, three-cylinder gasoline engine rated at 220 horsepower moves the Spyder for another 380 miles. 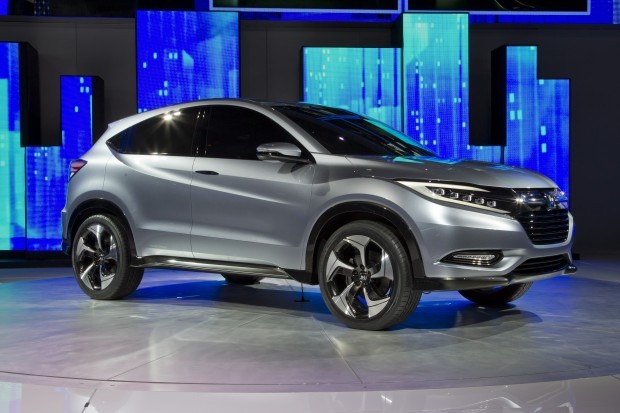 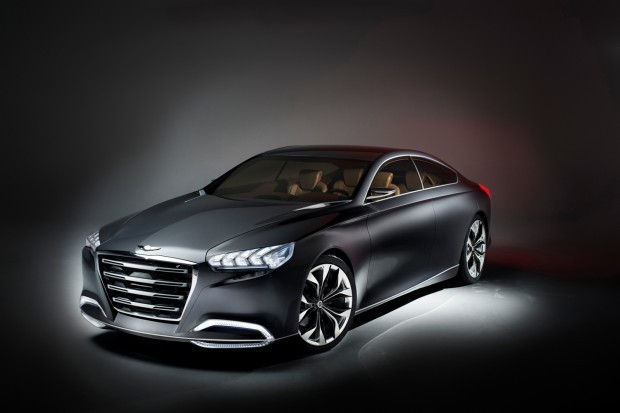 Vehicle sales in 2012 showed a 13.4 percent increase over the previous year, resulting in 14.5 million cars and light trucks sold in the United States. Manufacturers anticipate this sales trend to continue in 2013.

A record number of new models will be introduced in 2013 and many will be on display at this year’s Chicago Auto Show. Several of these will be making their debut as 2014 models.

Concept cars will also take their place in the spotlight at the Chicago show. These dream machines with their futuristic designs and creative engineering provide a wow-factors.

Manufacturers are keenly interested in the consumer reaction to concept vehicles as they set the stage for possible future production.

BMW opens the dream catcher with its i8 Spyder Concept car.

This open cockpit beauty is plug-in hybrid ready, reaching 20 miles on the electric charge. A supplemental 1.5 liter, three-cylinder gasoline engine rated at 220 horsepower moves the Spyder for another 380 miles.

Gull wing doors add to the sizzle of this around-town, two-seater concept.

Ford is the perennial truck sales leader, showcasing the Atlas concept of its 2015 F-150 truck, with a massive chrome grille appropriate of the Atlas name.

Adding to the functionality is a set of active shutters behind the grille that stay open for engine cooling and automatically close when cruising to improve aerodynamics.

Behind the Atlas grille is Ford’s next-generation EcoBoost powertrain for improved economy.

Built on a Ford Escape platform with a new distinctive Lincoln grille, sleek body panels and luxury features, this crossover is a real eye catcher.

Touch controls and push buttons are in abundance and include one for gear selection as well as another to operate a full-length panoramic glass sunroof.

HiCross is powered by a 2.0-liter, four-cylinder gasoline engine combined with an electric motor powered by a lithium-ion battery pack.

In addition, the Nissan Resonance Concept that made its global debut at the North American International Auto Show in Detroit last month heads straight to the Chicago auto Show this weekend.

The Resonance Concept is the latest in a series of envelope-pushing crossover designs from Nissan fusing bold, breakthrough styling with hybrid-electric powertrain technology.

“No one has had greater success with small cars than Honda, and the Urban SUV Concept will create new value in the growing small-SUV segment,” says John Mendel, executive vice president of sales at American Honda.

The Honda Urban SUV Concept is intended to provide the basis for a fun-to-drive and fuel-efficient small SUV with aspirational design, flexible packaging and next-generation connectivity targeting active lifestyle customers.

The Honda Urban SUV Concept is nine inches shorter than the Honda CR-V, making it the ideal size for navigating crowded city streets and urban settings.

These are likely styling cues consumers can expect to see on the next-generation Corolla.

“The Corolla Furia Concept is an early indicator of where our compact car design may lead in the future,” said Bill Fay, group vice president and general manager of the Toyota Division. “It blends a heightened emphasis on dramatic design and modern elements of high technology to generate curb appeal that will surprise a lot of people.”

The HCD-14 takes technology to the next level with innovating eye tracking and hand gesture-based controls to reduce typical driving distractions resulting in a more focused driver.

HCD-14 features rear hinged back-doors and fastback coupe styling. After Hyundai’s successful launch of the Genesis, the HCD-14 will be the one to watch.

Attending the Chicago Auto Show this year gives visitors a taste of things to come. Plan to come early and bring your camera to see these and other concept cars that will likely shape tomorrow’s transportation.

BMW opens the dream catcher with its i8 Spyder Concept car. This open cockpit beauty is plug-in hybrid ready, reaching 20 miles on the electric charge. A supplemental 1.5 liter, three-cylinder gasoline engine rated at 220 horsepower moves the Spyder for another 380 miles.