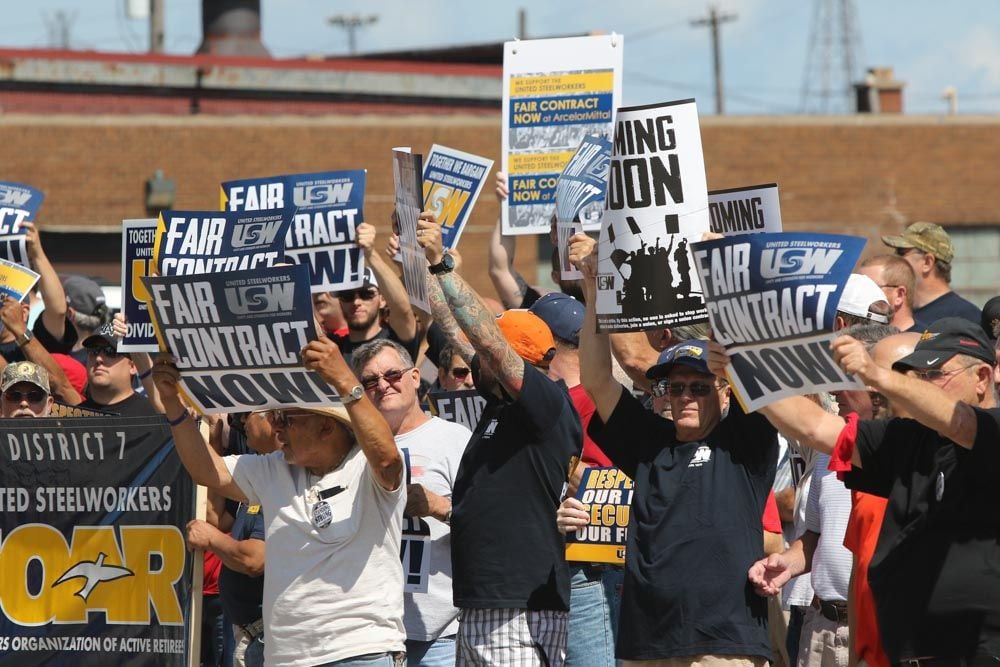 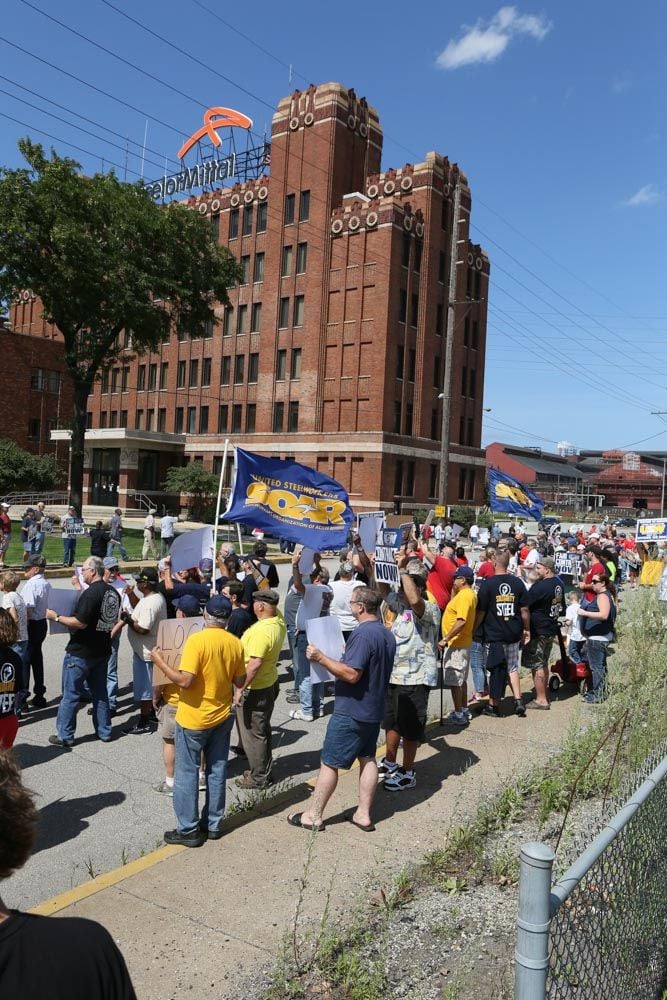 Union locals have been meeting with the 9,500 ArcelorMittal employees in Northwest Indiana to explain the proposed contract, which members still must vote to approve. The USW said the hard-fought deal preserves pay and benefits, including no premium contributions for health insurance and a prescription drug plan with co-pays of $10, $20 and $30. ArcelorMittal had initially wanted employees to chip in up to $3,000 a year for their health insurance benefits, which would have resulted in an effective pay cut and which was one of the thorniest issues during negotiations that stretched on for more than a year.

Under the tentative agreement, steelworkers at Indiana Harbor, Burns Harbor and other local ArcelorMittal facilities also won’t have to pay deductibles of up to $400 a year for in-network care if they get a free annual physical by Sept. 30, according to a USW contract summary. Out-of-pocket maximums would be $1,500 for individual workers or $3,000 for families.

Steelworkers would not get any raises over the next three years, but the deal includes bonuses if the price of hot-rolled steel averages more than $600 per ton per quarter, according to the summary.

For example, steelworkers can make $0.50 per work hour if steel prices fall between $600 a ton and $650.99 a ton, and more as the price rises. ArcelorMittal will pay workers as much as $1.25 per eligible hour if hot-rolled prices average over $751 a ton the previous quarter.

Such bonuses have become increasingly popular in the automotive industry, so automakers can insulate themselves against high labor costs when times are tough but everyone shares in the bounty when they’re profitable.

Hot-rolled steel prices have been climbing as a result of tariffs and tougher trade laws, and reached $684 a ton in May, according to Steel Benchmarker. They fell below $400 a ton last year, but steelmakers would have made an average of $1,257 per year over the last four years if the bonuses had been in place then.

The USW says the deal also includes more job security, including for the hundreds of workers who will be displaced when ArcelorMittal idle four finishing lines at ArcelorMittal Indiana Harbor in East Chicago, where it’s looking to cut operations costs. ArcelorMittal for instance agreed to employ no more than one non-union worker for every four union workers.

To protect jobs over the long term, the union also convinced the company to invest $2.5 billion in its American operations, including $200 million at the 80” Hot Strip Mill and casters at Indiana Harbor West.

The tentative agreement also includes an extra six weeks of family leave after the birth of a child, an experimental program that would reimburse employees up to $1,800 a year for child care and a new wellness program that may include flu shots and a tobacco cessation program.

United Steelworkers members have voted overwhelmingly to approve a new three-year deal with ArcelorMittal, one of Northwest Indiana's largest …

ArcelorMittal had its best quarter — a $1.1 billion profit over the last three months — in a year and a half, but it's still looking to shrink…

About 9,500 ArcelorMittal steelworkers in Northwest Indiana won't get a pay raise over the next three years under a proposed contract, but the…

ArcelorMittal to idle some finishing lines in East Chicago

About 10,000 union steelworkers at ArcelorMittal mills in Northwest Indiana and Riverdale have been working without a contract for eight month…

U.S. Customs and Border Protection agents are collecting tariffs on hot-rolled steel imports from seven countries after the U.S. Department of…

No one hurt after fire at ArcelorMittal Indiana Harbor

No one was hurt after a fire at ArcelorMittal Indiana Harbor Friday night.