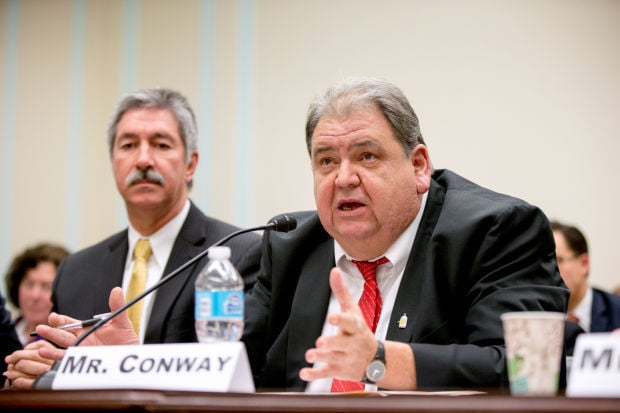 Longhi’s total compensation fell to $8.6 million last year, as compared to $13.2 million in 2014, according to U.S. Steel’s proxy statement filed recently with the U.S. Securities and Exchange Commission.

The CEO’s base salary actually rose from $1.1 million in 2014 to $1.4 million last year, as his 2015 salary was tied to company profit earned in 2014. But he saw a $1.7 million decline in the value of his stock compensation because of the dramatic fall in the company’s stock price in 2015.

Longhi also did not receive an incentive award for 2015 because the Pittsburgh-based steelmaker failed to meet financial targets. In 2014, he reaped a $4 million incentive award.

Other top executives also missed out on cash incentives after the company failed to hit cash flow and earnings goals amid a global import crisis.

Senior Vice President-Industrial, Service Center and Mining Solutions Douglas Matthews had his pay cut by more than half, earning $1.76 million last year as compared to more than $4 million in 2014.

In 2014, Longhi guided the struggling company to its first annual profit since 2008, with his “Carnegie Way” cost-cutting drive. But U.S. Steel lost money for the fifth time in six years in 2015 while its stock plunged 70 percent after a record amount of cheap imports flooded the U.S. market. ArcelorMittal, Northwest Indiana’s other major steelmaker, lost nearly $8 billion worldwide under the same market conditions, which were widely attributed to the record 112 million tons of steel China exported after its domestic economy slowed.

Indiana's Senators are calling on the U.S. Department of Commerce to crack down on the cheap steel imports that resulted in more than 1,000 st…

U.S. Steel, one of Northwest Indiana's largest employers, on Wednesday laid off around 25 percent of its salaried workforce, including at loca…

The United States and China have reached an agreement where China will end its subsidies on steel exports, which enable them to undercut Ameri…

Mario Longhi, U.S. Steel CEO, challenged steelmakers to innovate and invest in research and development to stay relevant in the marketplace wh…

CEO pay climbs again, even as their stock prices don't

U.S. Steel is idling mills in Texas and Alabama, and laying off nearly 800 workers across the country.

SCHERERVILLE — The American steel industry suffers from a negative perception, but it’s still the most efficient in the world, U.S. Rep. Pete …

U.S. Customs and Border Protection agents are collecting tariffs on hot-rolled steel imports from seven countries after the U.S. Department of…