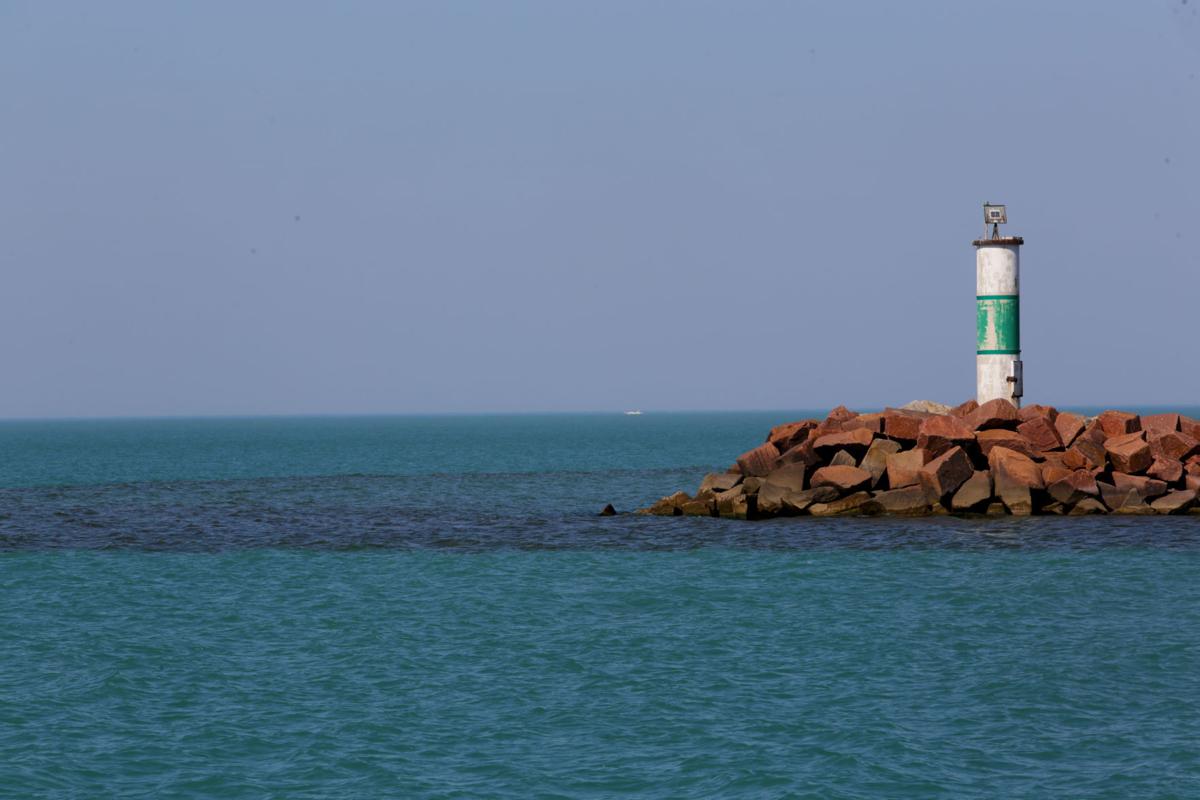 Oil flows around a lighthouse on the Portage Lakefront on Monday. 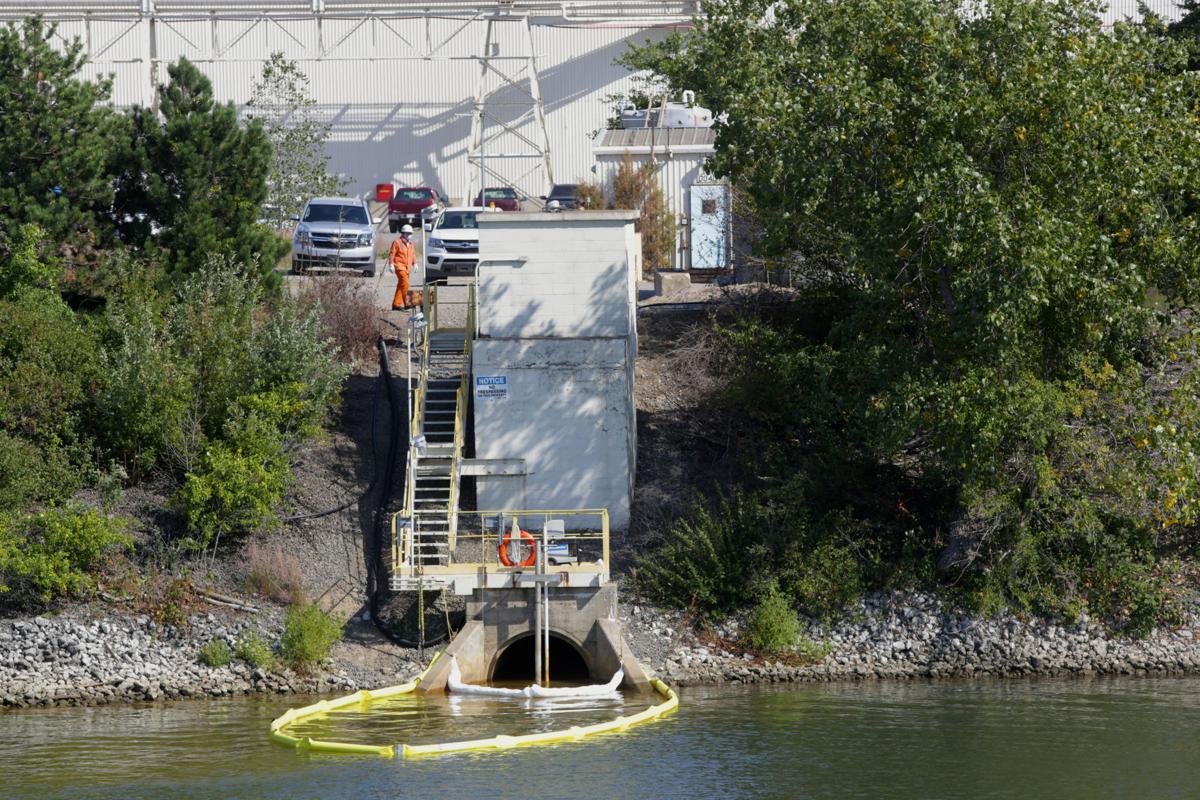 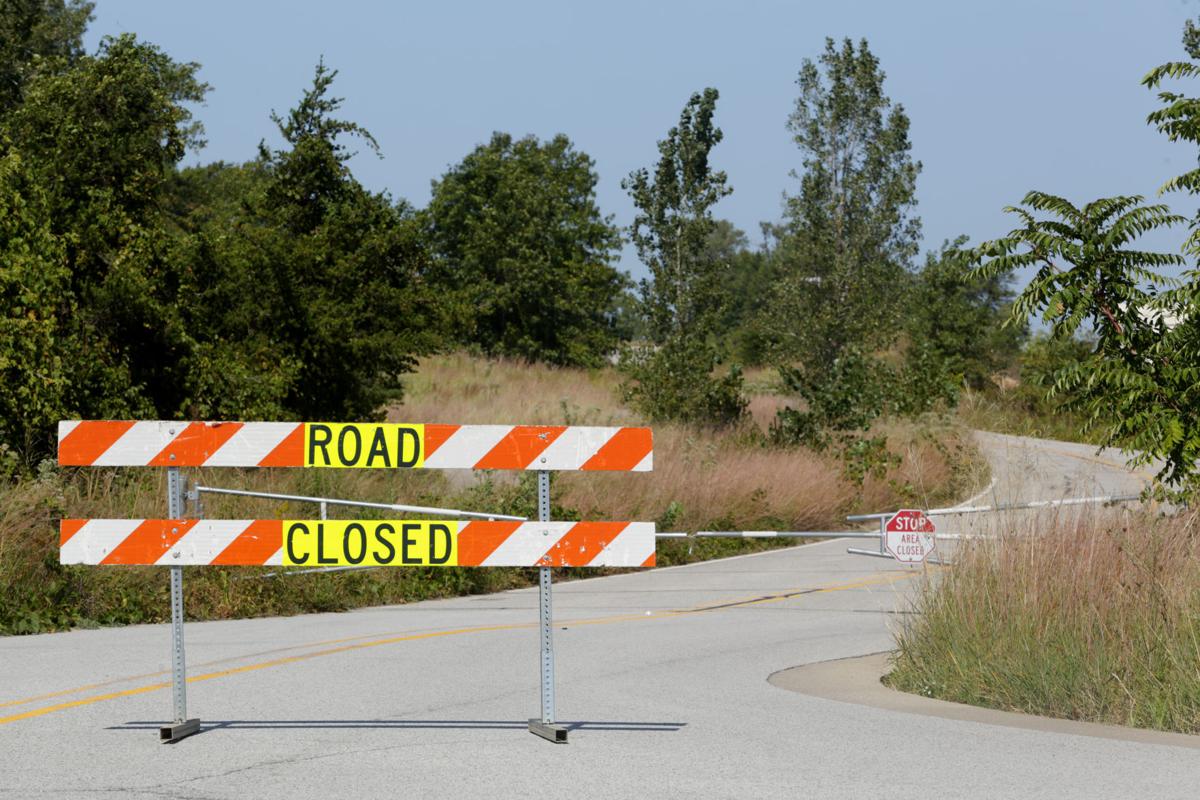 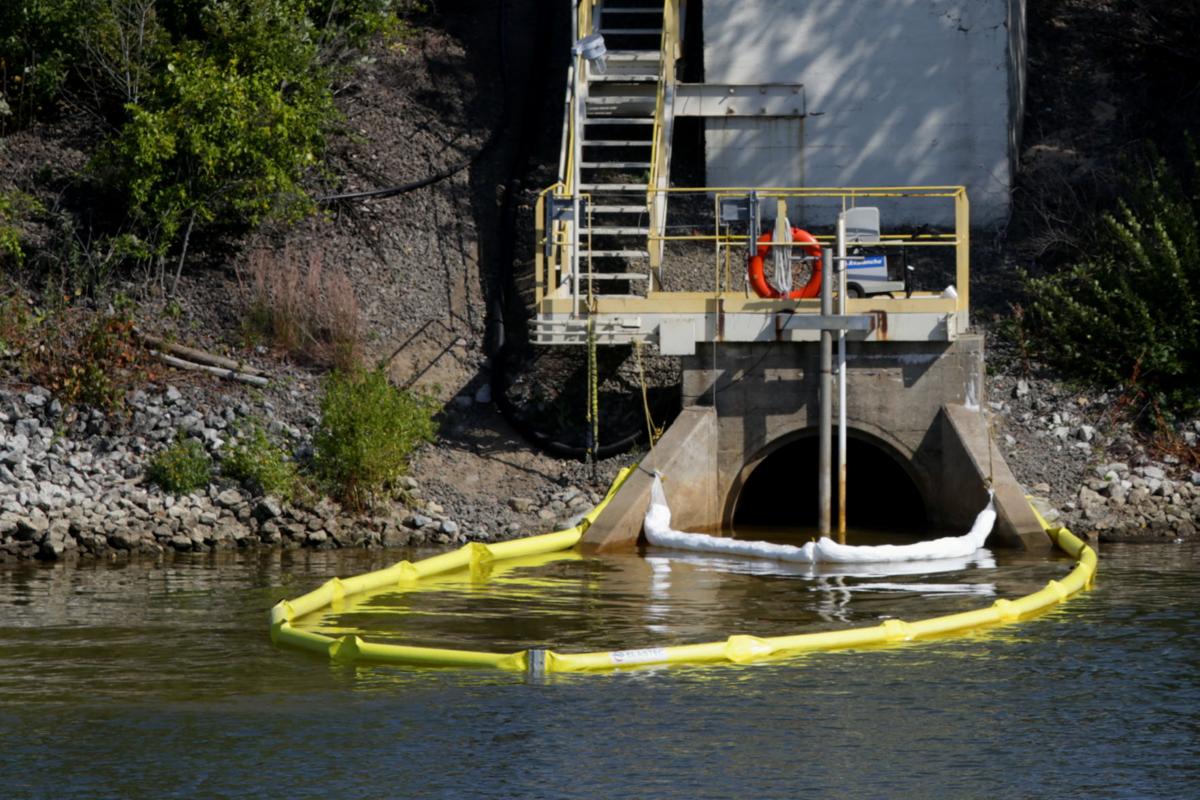 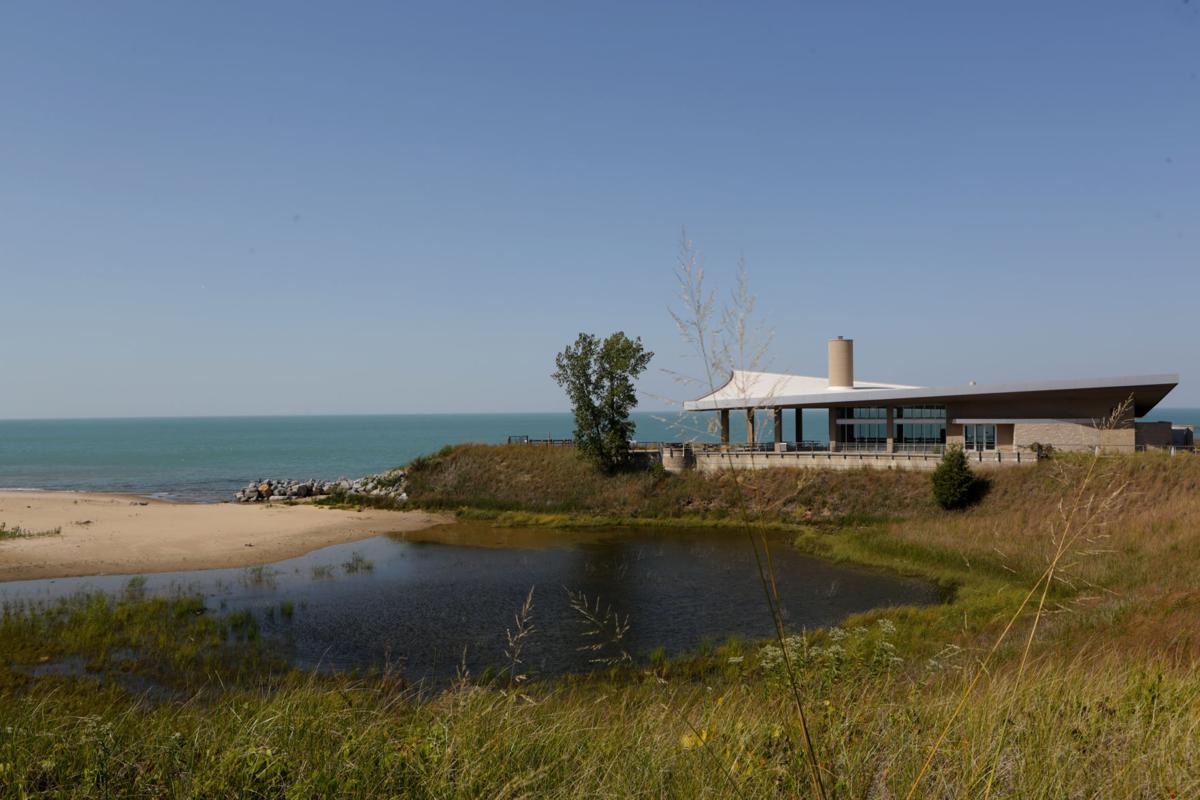 The Portage Lakefront Pavilion on Monday. 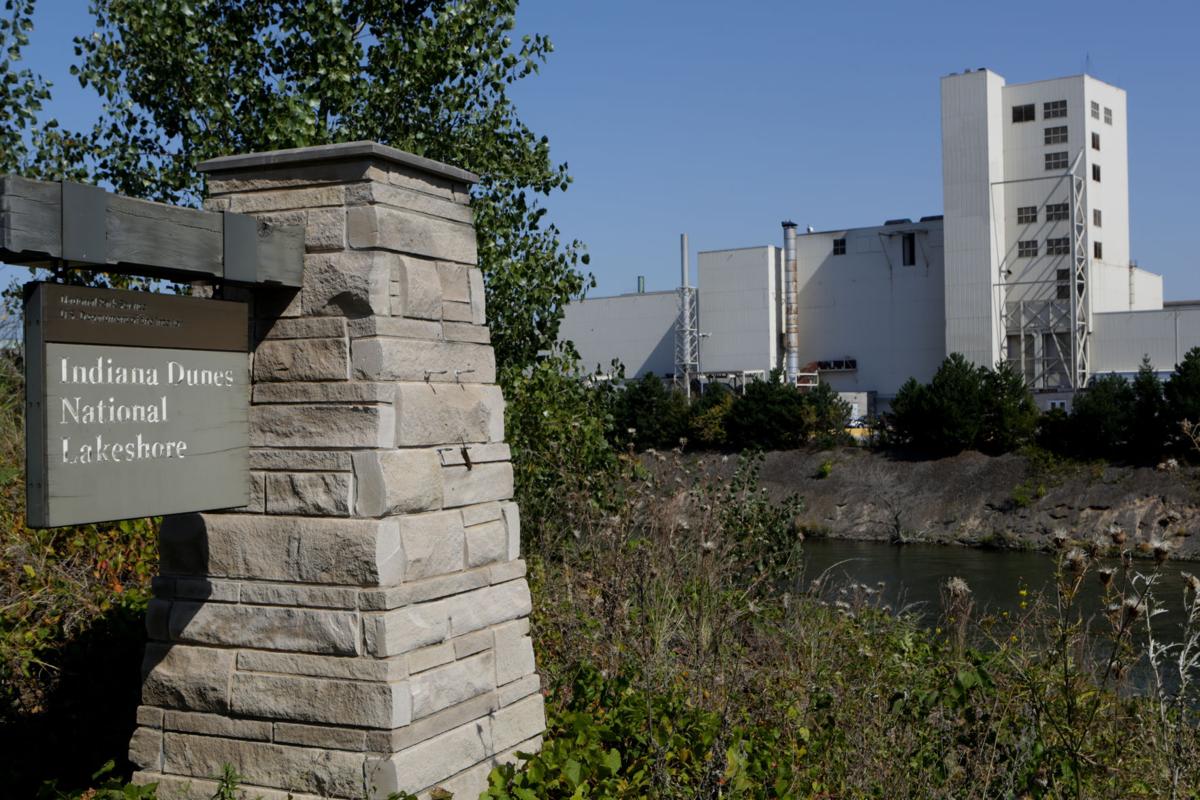 The Burns Waterway flows between US Steel and a Indiana Dunes marker in Portage. 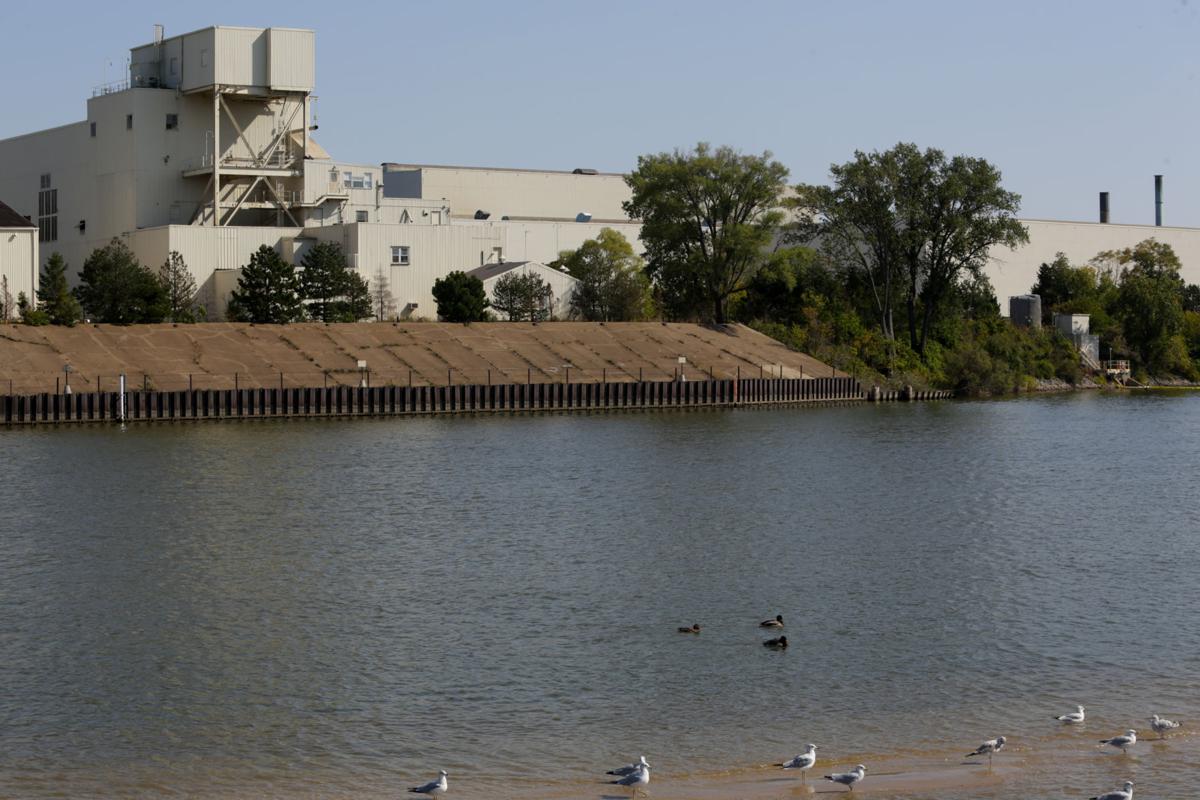 Waterfowl swim in the Burns Waterway opposite U.S. Steel in Portage on Monday.

On Wednesday afternoon Bruce Rowe of the Indiana Department of Environmental Management announced the reopening since the closure on Sunday when rusty-colored discharge was observed emitting from the U.S. Steel plant in Portage.

Officials said it does not appear to pose any health risk to people who may have come into contact with the contaminated water, according to a shared announcement from federal and state agencies.

"Federal and state agencies continue to investigate the matter to determine the cause of the discharge and possible Clean Water Act compliance issues, as well as environmental impacts and further actions that are necessary to ensure future compliance," the groups said.

The news came hours after U.S. Steel announced the plant is back up and running after being shuttered for a couple days following the discharge into the Burns Waterway that closed beaches, shut down a nearby drinking water treatment facility and triggered sampling by local, state and federal officials.

The company said Tuesday that elevated concentrations of iron were the cause of the discolored discharge.

"There are no indications of permit level exceedances for hexavalent and total chromium, as those sampling results came in well below permit limits," U.S. Steel spokeswoman Amanda Malkowski said. "The Midwest Plant was shut down as a precaution, and we continue to coordinate with agencies to collect additional samples to monitor the situation."

Portage Mayor Sue Lynch, who was the first to bring attention to the spill, told The Times she began receiving calls about 5:50 p.m. Sunday about an orange substance entering the Burns Waterway near a U.S. Steel facility outfall and traveling down the ditch toward Lake Michigan.

Lynch said she initially did not receive an immediate response from U.S. Steel or state and local environmental regulators.

The company said Monday it made all appropriate notifications to regulatory agencies, and some officials have been on site, including the EPA, IDEM, the U.S. Coast Guard and Porter County.

The EPA said it was on site Sunday to conduct a visual inspection and take water samples and returned Monday.

The discoloration of the water in the ditch led the National Park Service to temporarily close all beaches at Indiana Dunes National Park to swimmers and the Portage Lakefront and Riverwalk, which is across the Burns Waterway from the U.S. Steel plant.

Indiana American Water said it shut down its Ogden Dunes treatment facility about 9:30 p.m. Sunday as a precaution. The company's Borman Park treatment facility in Gary remained operational and can handle all customers' water needs, a spokesman said.

It is unknown if the Ogden Dunes facility has also been reopened.

Gina Ramirez, board president of the Southeast Environmental Task Force, issued a statement saying, "This spill is reminiscent to a similar one in 2017 in which the same U.S. Steel facility was responsible for dumping 300 pounds of hexavalent chromium, a known carcinogen, onto Lake Michigan. This latest spill also comes less than a month since a U.S. District Court approved a consent decree requiring U.S. Steel to address past violations of the Clean Water Act, including a $601,242 civil fine as a result of the April 2017 spill.

"It is incredibly concerning to hear about this latest spill that has happened so close to our community in Chicago's Southeast Side and how it has affected our region’s largest resource of drinking water in Lake Michigan. That this is not an isolated incident for this company brings further distrust about the way in which these types of industrial facilities can co-exist with both our communities as well as the natural areas that surround them."

Portage Mayor Sue Lynch said she began receiving calls about 5:50 p.m. about the discharge, which started near the plant's outfall and traveled along Burns Waterway toward Lake Michigan.

The coalition said, "Industry is undoubtedly important to the economy, providing jobs and other benefits to Indiana communities, but that cannot parlay into a free pass to pollute."

OGDEN DUNES — Indiana American Water placed its Ogden Dunes treatment facility back in service Sunday, a week after taking it offline because …

Oil flows around a lighthouse on the Portage Lakefront on Monday.

The Portage Lakefront Pavilion on Monday.

The Burns Waterway flows between US Steel and a Indiana Dunes marker in Portage.

Waterfowl swim in the Burns Waterway opposite U.S. Steel in Portage on Monday.