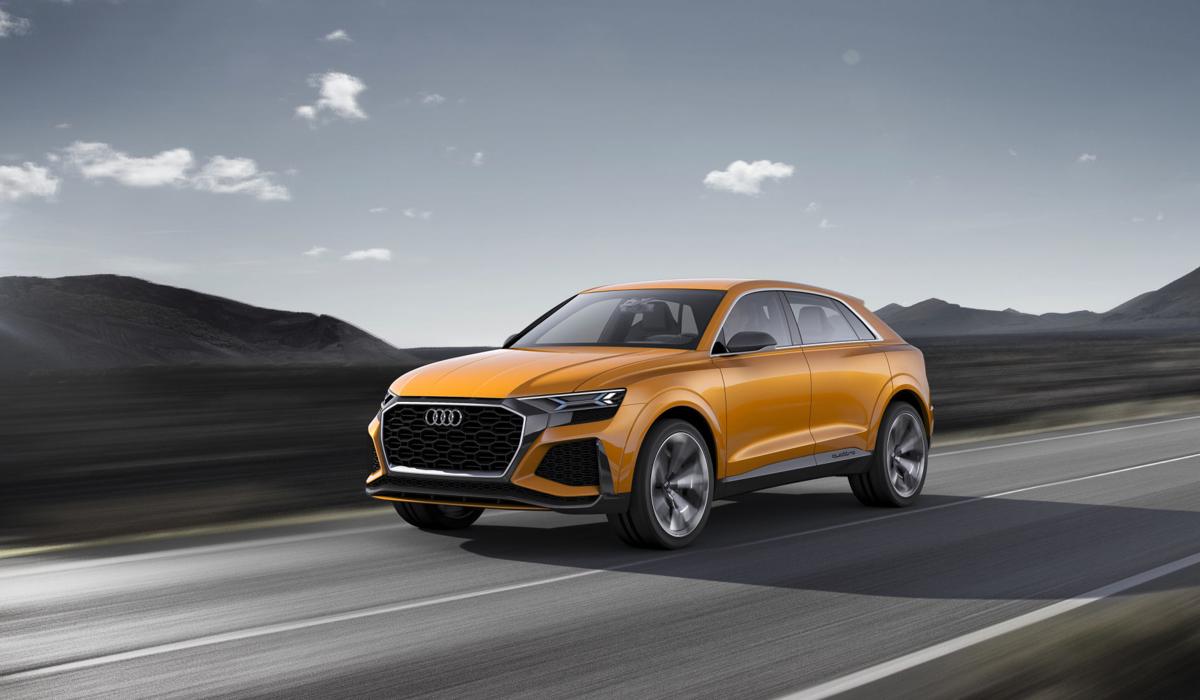 Global automakers are rolling out more production-ready electric vehicles at the Geneva International Motor Show as they try to challenge Tesla. The Audi Q8 sport-concept car is pictured. 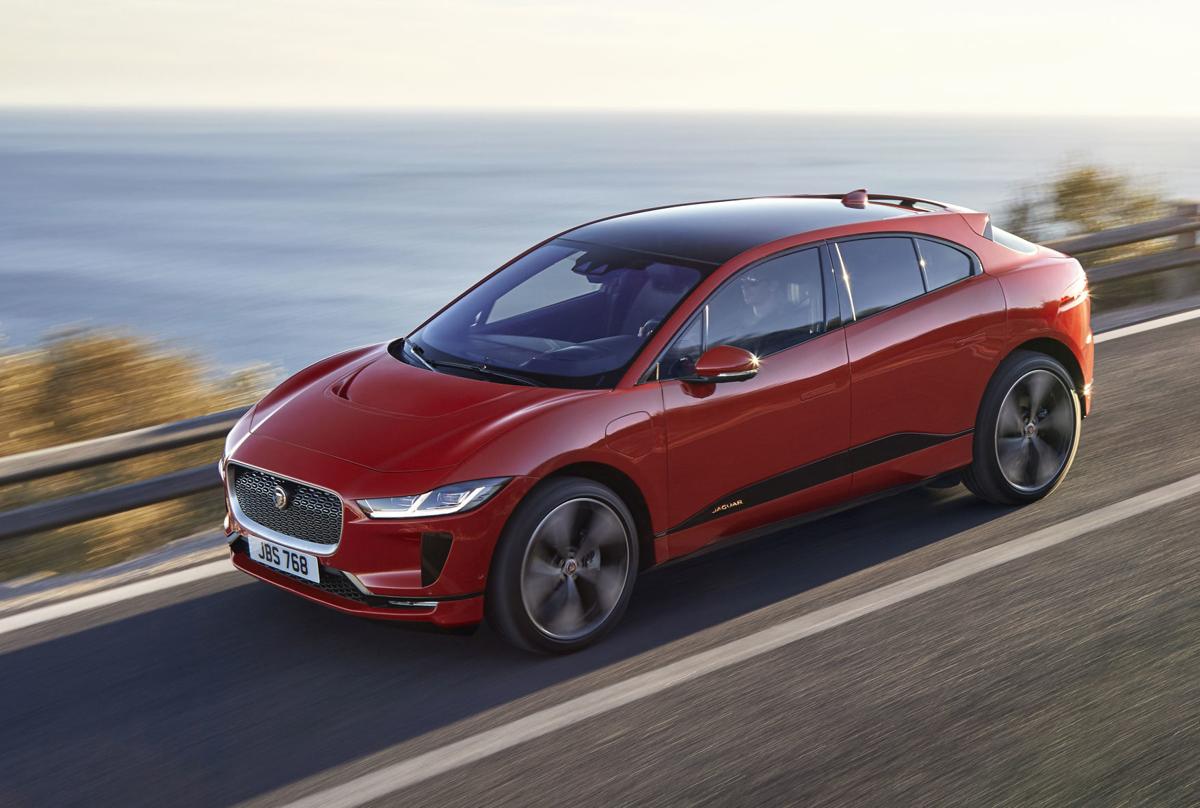 GENEVA — Global automakers are rolling out more electric vehicles at the Geneva International Motor Show as they try to challenge Tesla and get ahead of a disruptive shift in transportation toward lower-emission and autonomous vehicles.

For the European carmakers, the mood at the event could be unsettled by U.S. President Donald Trump's threat to slap tariffs on the region's manufacturers in a potential trade war.

And the three big German manufacturers — Volkswagen, Daimler and BMW — will grasp the opportunity to highlight their high-tech creations amid their continued trouble with diesel technology, such as the legal attempts to ban diesel in German cities and the scandal over exposing monkeys to exhaust in lab tests.

The show opens to the public Thursday and runs through March 18. Here are the top themes.

The biggest trend in autos is the race to make new technologies affordable and functional.

Some of the vehicles on show — such as Volkswagen's autonomous and battery-driven I.D. Vizzion — will be concepts not yet ready for production. Others will have vehicles that are ready to go on sale in coming months, such as Jaguar Land Rover with the Jaguar I-Pace, a battery-driven SUV advertising 310 miles of range and rapid-charging capability.

Mercedes-Benz will have an addition to its EQ electric brand. Hyundai will show its Kona Electric, with either a 186-mile or 292-mile range. Luxury carmakers like BMW and Jaguar are eager to grab back some of the sales of high-end vehicles taken by Tesla with its electric Model S high-performance sedan and Model X SUV.

When it comes to technological change there will be more than vehicles to talk about. The German automakers and Ford are working to build a network of fast-charging stations across Europe through their joint venture, Ionity. The idea is to make electric vehicles more appealing by enabling longer trips. Currently, many electric models are charged over several hours at home at night and used for short commutes, limiting their use. Ionity's 350 kilowatt-per-hour charging capacity could cut charge times to 15 minutes or less.

Automakers are under pressure to come up with vehicles propelled by something other than internal combustion engines to comply with government efforts to reduce air pollution and emissions of greenhouse gases blamed by scientists for global warming. The issue became even more pressing after a German court said last week that polluted cities can ban older-model diesels. Diesel sales had already slipped after Volkswagen's 2015 scandal over cheating on emissions tests.

Autonomous vehicles could herald a shift to transportation as a service with less incentive to own a car. Analysts at IHS Markit estimate that autonomous cars will have their first significant sales volume with 51,000 units in 2021 and surpass 33 million per year by 2040.

All three German auto makers have condemned the 2014 experiment in which Volkswagen had macaque monkeys exposed to diesel exhaust at a lab in New Mexico. The tests were commissioned through a now-disbanded organization whose board had representatives from BMW, Volkswagen and Daimler. They have said they're investigating how the tests happened.

The show won't erase public indignation or media questions but at least offers a chance to talk about something other than a PR disaster.

Some of the more important vehicles at the show have already been revealed as companies use stand-alone events to show off their new cars rather than putting them on display in a crowd of other vehicles.

That's the case with Mercedes-Benz A-Class, its small entry model hatchback that was unveiled Feb. 2 in Amsterdam. The car features voice-activated control of navigation, phone, music and heating and air conditioning somewhat like Amazon and Google's devices for home use. The Jaguar I-Pace had a digital unveiling from Graz, Austria on Thursday ahead of the show — showing it beating two Tesla models in a race.

If you have to ask how much

Just 500 of the sleek, carbon-fiber vehicles will be built, hand-assembled at the company's production center in Woking, Surrey, England. The price: 750,000 pounds including tax, which translates to $1.03 million at today's exchange rate.

Want one? Sorry. The company says it has buyers for all of them.

Here's an interesting question. What happens to the nation's network of gas stations down the road when full electric cars — especially those …

In the rarefied air of full-size luxury cars, where prices start around $60,000 and buyers’ expectations are just as lofty, it’s tough to find…

Edmunds Compares the Honda CR-V and the Nissan Rogue

Americans are buying more small crossover SUVs than ever before, and among the best sellers are the Honda CR-V and the Nissan Rogue. Both offe…

Volvo expands to a smaller SUV

AUSTIN, Texas — Volvo rides the success of its Premium Sedan and Sport Utility Vehicle lineup with a down-sized newcomer.

Global automakers are rolling out more production-ready electric vehicles at the Geneva International Motor Show as they try to challenge Tesla. The Audi Q8 sport-concept car is pictured.