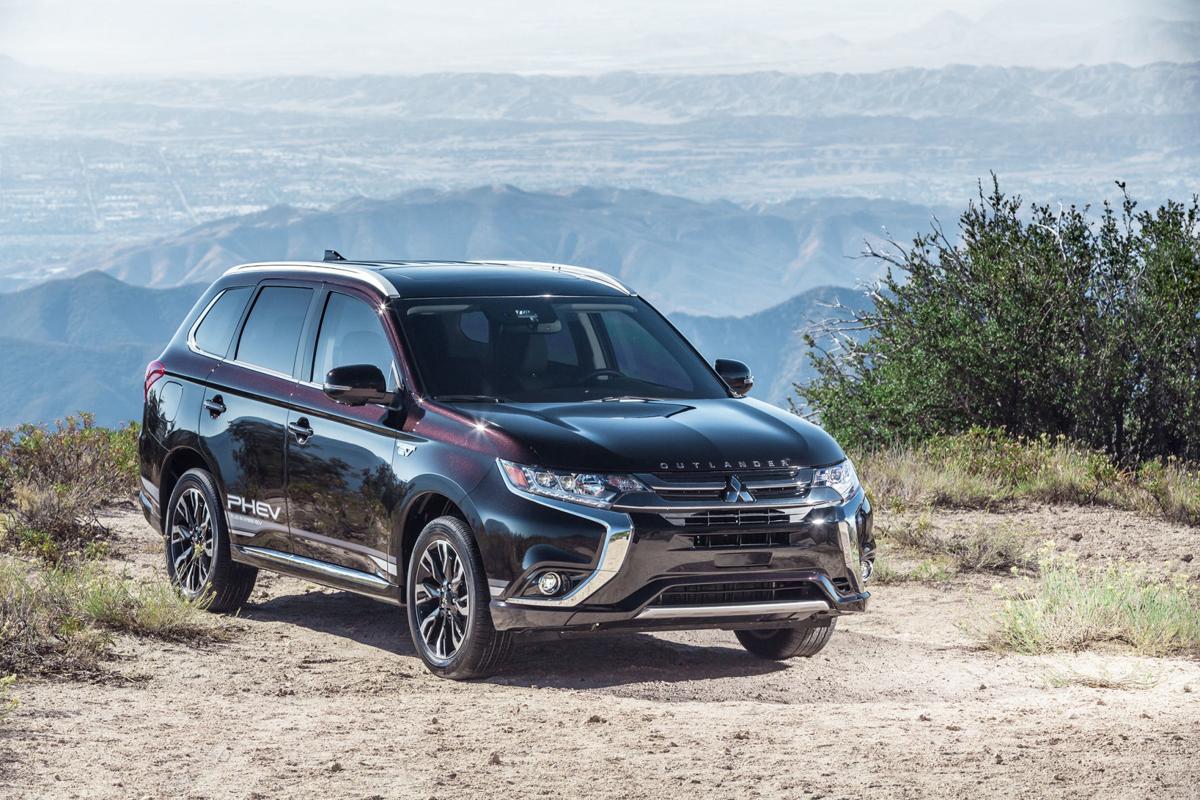 The Mitsubishi Outlander is now available as a plug-in hybrid that can run on electric power for up to 22 miles before its gasoline engine kicks in to extend the range. 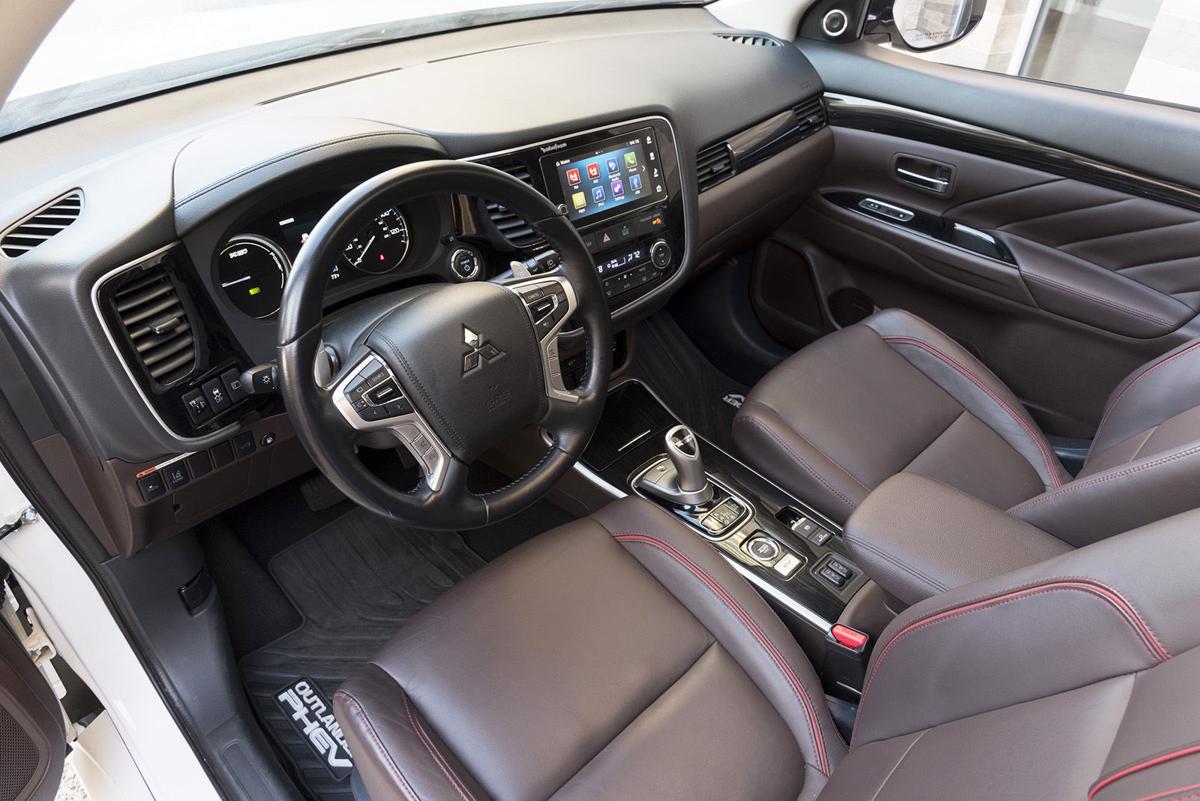 The Outlander PHEV combines the spacious cabin of a crossover with the Earth-friendly attributes of an electric car.

The Mitsubishi Outlander is now available as a plug-in hybrid that can run on electric power for up to 22 miles before its gasoline engine kicks in to extend the range.

The Outlander PHEV combines the spacious cabin of a crossover with the Earth-friendly attributes of an electric car.

One of the best electric vehicles I’ve driven recently comes from a surprising brand: Mitsubishi.

While it hasn’t generated as much buzz as the Tesla Model 3 or Chevrolet Bolt, I think this under-the-radar Mitsubishi plug-in hybrid, called the Outlander PHEV, deserves more attention than it’s getting.

For one thing, it’s a crossover, part of the hottest-selling segment of the automotive world today. Consumers are rapidly shifting away from traditional, four-door sedans and into these high-riding, roomy, SUV-like vehicles. They’re seen as more stylish and capable than the Tauruses, Malibus, Camrys and Accords our parents bought.

In the case of the Outlander PHEV, the capability is real, not just part of its looks.

It’s rated to tow up to 1,500 pounds, which admittedly is not much by truck standards but meaningful for a vehicle that can run at times purely on electric power.

It’s also fitted with a sophisticated all-wheel drive system that helps with handling and traction. Years in development, Mitsubishi tested this system in rally races at Baja and the Pikes Peak International Hill Climb before fitting it to the Outlander PHEV. And while I wouldn’t buy a vehicle like this for the fun of it — that’s what sports cars are for, after all — I did find the traction on wet roads superb. It felt stable and planted even in dicey conditions, something I can’t say about all hybrids.

With a full charge, the Outlander PHEV can run on electric power for up to 22 miles before its gasoline engine kicks in to extend the range. My real-world driving never achieved that range due to my lead foot, but I could see it happening with a gentle touch on the throttle. Most days, I was able to burn very little gas by keeping the battery charged up on a regular wall outlet.

On an ordinary 120-volt outlet, it takes about eight hours to fully charge the battery. If I bought this car, I’d want to install a 240-volt charger to cut that time under four hours.

If you need even faster charging, Mitsubishi claims this is also the only plug-in hybrid on the market that comes standard with DC fast charging capability, something that can let the battery reach an 80-percent charge in as little as 25 minutes. That’s a key selling point if you’ve got DC fast charging stations available in your area.

Two powerful electric motors — one in front, one in back — deliver power all the time, making a deep well of torque instantly available whenever your right foot demands it. The gasoline engine also kicks in to deliver extra acceleration when needed.

A freshly charged battery and full tank of fuel will deliver a combined range of 310 miles, Mitsubishi claims.

The Outlander PHEV is rated for a ho-hum 25 mpg fuel economy from the gasoline engine alone. With electricity plus gasoline, the government gives it a rating of 74 mpge, or miles per gallon equivalent, which is closer to what you’ll get with real-world, around-town driving.

In fact, your driving habits will make a dramatic difference in how much fuel you consume. With a gentle foot and short trips, you’ll potentially be able to drive on electric power all the time, never burning a drop of fuel. The longer your trips, though, the closer your mileage will get to that of an ordinary, gasoline-only crossover.

As a basic family crossover, the Outlander PHEV doesn’t do much to stand out from the pack. It’s not as quiet as I’d like, and the interior isn’t as plush as some competitors. Those aren’t the reasons I’d buy it.

The electric capability, though, really raises my eyebrows. While Tesla released the Model X SUV a few years ago and Volvo is selling a spectacular plug-in version of its XC90 SUV, those are both pricey vehicles built for high-income families. This is the first plug-in crossover that’s actually priced for the mass market.

There was a time when buying a Toyota — especially a small, affordable Toyota like this — me…

It’s the first plug-in hybrid electric crossover vehicle at an affordable price. The electric capability means short trips can be taken without burning any gasoline, and its all-wheel-drive traction is impressive in dicey conditions. A traditional gas engine extends the range to 310 miles in total.

To buy or not to buy? Car subscriptions offer an alternative

People use monthly subscriptions to pay for lots of things they used to buy: music, smartphones, books and even clothes.

Traveling in recreational vehicles to see the country is as time-honored as the Airstream or Winnebago, and many thousands of visitors take bu…

In a relatively short period of time, the Hyundai Elantra has risen from a cheaply built economy car to one of the most refined in its competi…