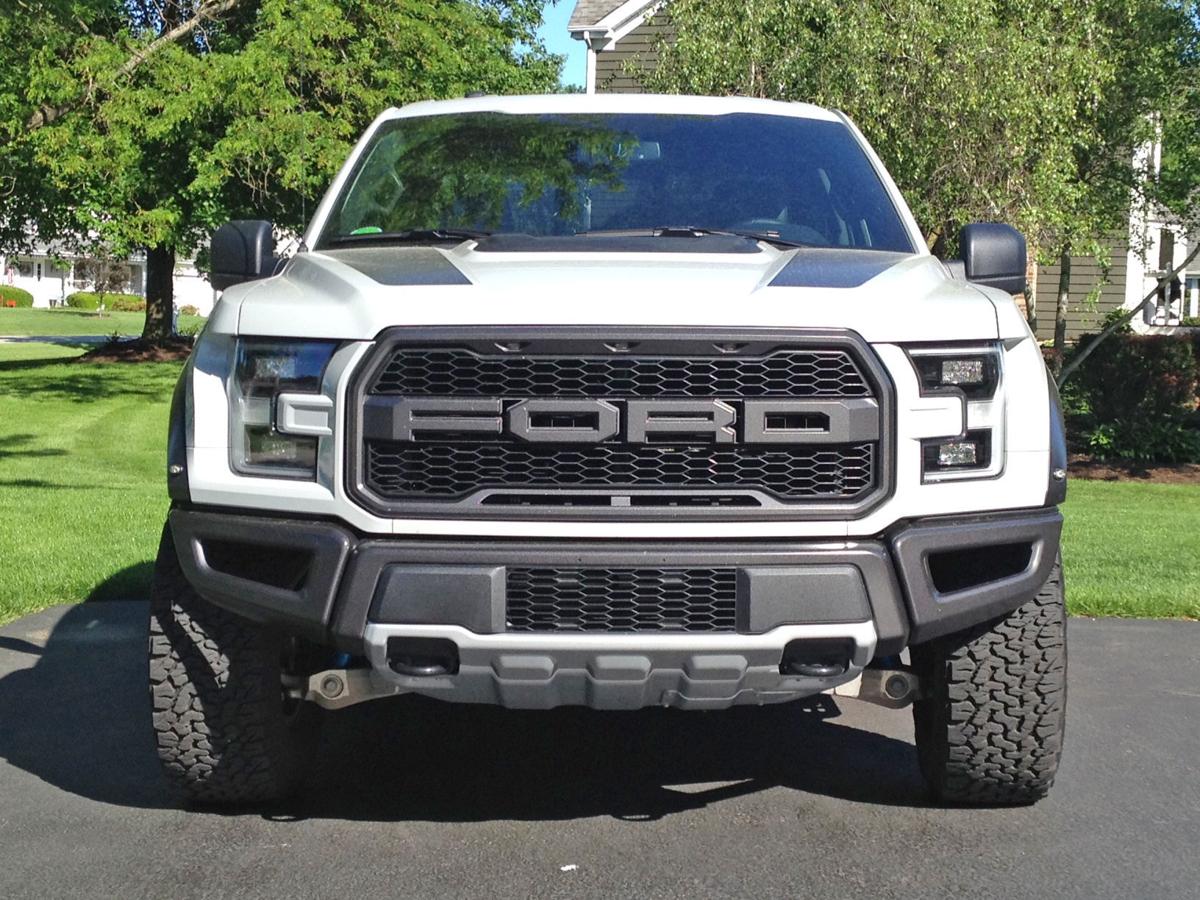 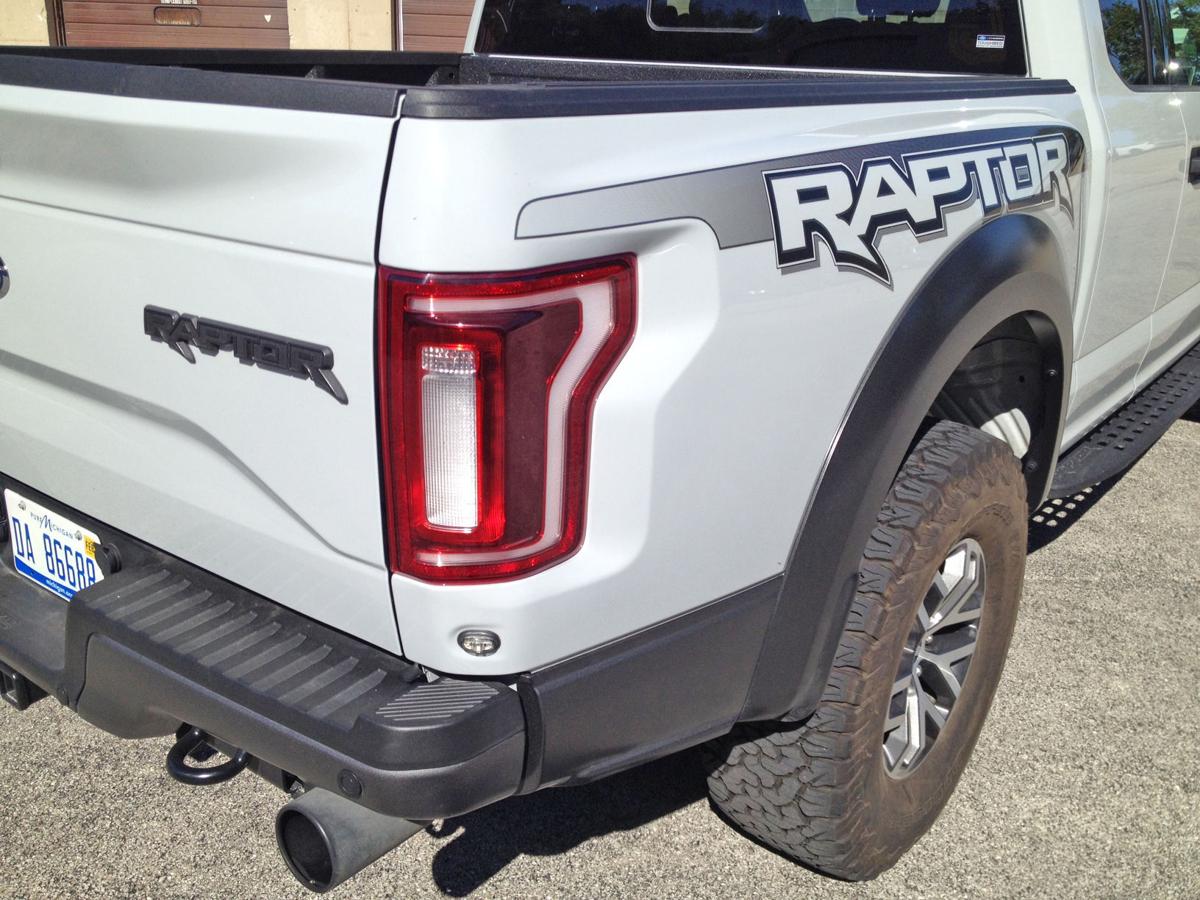 For 2017, the Ford F-150 Raptor is constructed with high-strength aluminum body panels that weigh 500 pounds less than its steel-built predecessor.

By comparison, the first-gen Raptor railed 411-hp/434-lb-ft from a 6.2-liter V-8 engine coupled to a six-speed automatic.

The 10-speed transmission and lighter curb weight helps improve fuel economy over the previous Raptor with a current yield of 15 miles per gallon/city and 18-mpg/highway.

Heavy cleated 35-inch-tall tires and exposed off-road performance shock absorbers give this full-size truck a bold presence. When combined with a body size that is six inches wider than the stock F-150, Raptor’s look becomes even more menacing.

Despite its brute size, the six-passenger 4-door Raptor SuperCab is nimble and easy to drive around town. The cabin is roomy, but the tall step-in height makes entry and exit a thoughtful exercise.

Parking takes some planning too, as the truck’s width and stout turning radius makes slipping into a mall parking spot tricky.

I had no opportunity to test Raptor’s off-road prowess but am impressed with its provided 11.5 inches of ground clearance — height that would make a clear difference for a daily commute across our region in winter.

The factory–built 2017 Ford F-150 Raptor is off-road and race-ready straight out of the showroom priced at $49,520 with freight.

We tend to think of pickup trucks as long-term purchases that will take us to work, haul our cargo and sit in our garages for years, long afte…

MINI Cooper has grown up since it was reintroduced to the American market in 2001.

Volkswagen Passat ushers value and large capacity to the midsize sedan market with a starting price of $23,260 including freight.

As shoppers prepare to buy new models, they may be struck by a few changes on the lot. Vehicles tend to be more powerful, offer seating that's…

MARTIN, MICH. — This month’s above normal temperatures helped raise the devil at U.S. 131 Motorsports Park for the launch of the 2018 Dodge Ch…

Audi leads its sporty 4-door product line with the sleek design of their compact 2017 S3 Sedan.