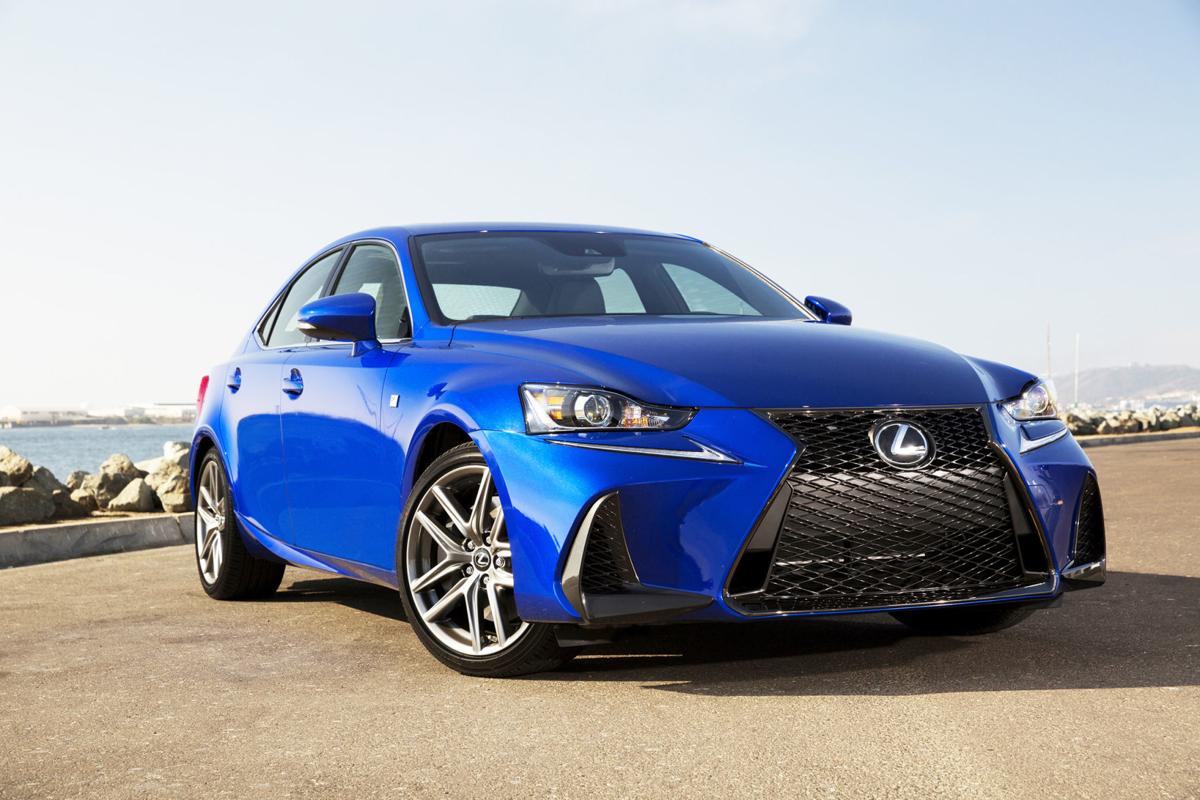 The Lexus IS is a powerful, sharp-handling sports sedan that gets a horsepower boost for 2018. The entry-level model also gets a new name, changing from IS 200t to IS 300 this year. 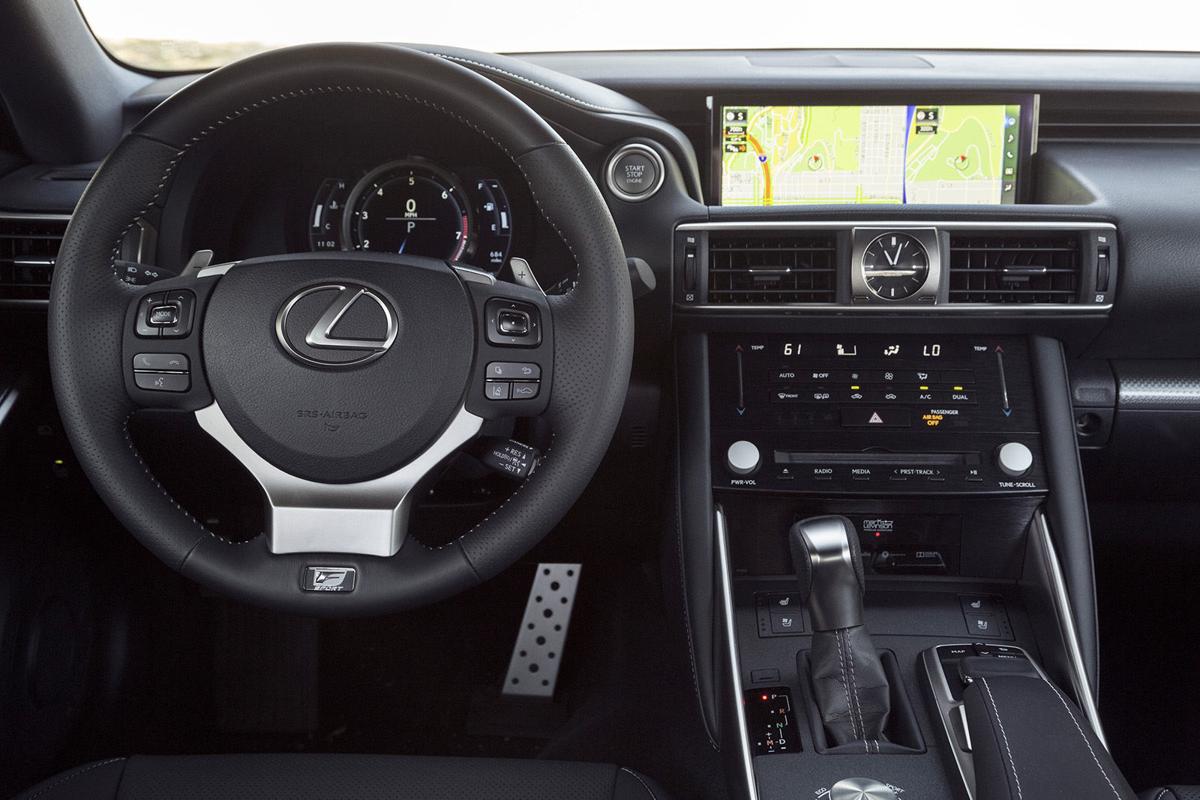 The IS’ cabin is designed to be intentionally sparse, clean and simple, befitting its role as a fun-creating sports sedan more than a silent boulevard cruiser.

The Lexus IS is a powerful, sharp-handling sports sedan that gets a horsepower boost for 2018. The entry-level model also gets a new name, changing from IS 200t to IS 300 this year.

The IS’ cabin is designed to be intentionally sparse, clean and simple, befitting its role as a fun-creating sports sedan more than a silent boulevard cruiser.

Known as the IS 200t until 2017, the revised 2018 version gets an extra five horsepower, which is just enough of an excuse to give it a new moniker with a drastically bigger number: the IS 300.

While it’s still powered by a small but turbo-boosted four-cylinder engine, now making 241 horsepower and 258 pound-feet of torque, its spirit remains very much the same. It’s still Lexus’ entry-level way of saying, “We may not be German, but we can build a sports sedan that sparkles.”

And there’s a lot that glistens about this car.

Its rear-wheel-drive handling is brilliant, offering some fun for aggressive driving without sacrificing too much comfort, even in the performance-oriented F Sport flavor I tested.

Its body looks crisp and contemporary, although it’s not as daring as some of Lexus’ more recent models like the LC and freshly released LS. Slanted headlights, an oversized air intake and flaring rear haunches make it look coiled and snake-like, ready to strike.

The cabin, while nowhere near as plush as Lexus’ more expensive models, still exudes the sense of perfection and solidity that makes this brand a perennial hit with luxury shoppers.

Overall, the interior appears more Bauhaus than Victorian, with a sparse simplicity that matches its sporty character.

One exception is its digital control system, called Lexus Remote Touch Interface, that adds unnecessary complication and fidgeting to an otherwise cleanly designed, easy-to-use cabin. I wish all the Japanese car brands would look to Tesla and Volvo for inspiration on how to make technology less obtrusive through smart design.

Other changes get my thumbs-up, though.

• Adaptive headlights are now available, a feature that turns the beams with the steering wheel to provide better visibility in corners.

• Lexus Inform Safety Connect and Service Connect are both included at no charge for 10 years. That’s impressive when many competitors start to sell it as a paid service much sooner.

• A backup camera is now standard on all models.

• A limited-slip differential is now available, something that makes it even more of a legitimate sports sedan for drivers who push the handling limits of their machines.

One of the best electric vehicles I’ve driven recently comes from a surprising brand: Mitsubishi.

Discounts deepen as sedans fall out of favor

Over the past few years, car shoppers have flocked to crossovers and SUVs because of their h…

It combines the fun of a legitimate, rear-wheel-drive sports sedan with Lexus’ reputation for quality. It offers an ideal mix of comfort on the highway and sportiness in corners.

SUVs with the most MPG

The hottest items in the automotive business these days are crossover sport-utility vehicles, which are fast gaining popularity among singles,…

You've heard of Tesla Autopilot, but perhaps not always in a good way: The semi-autonomous driving system is now under investigation by the Na…

Volvo has spent the last few years releasing an onslaught of vehicles for people who want a full-blown, design-driven luxury experience, not o…

Subaru of America recently debuted the all-new 2019 Ascent. The three-row SUV is the biggest Subaru has ever built and is designed for active …