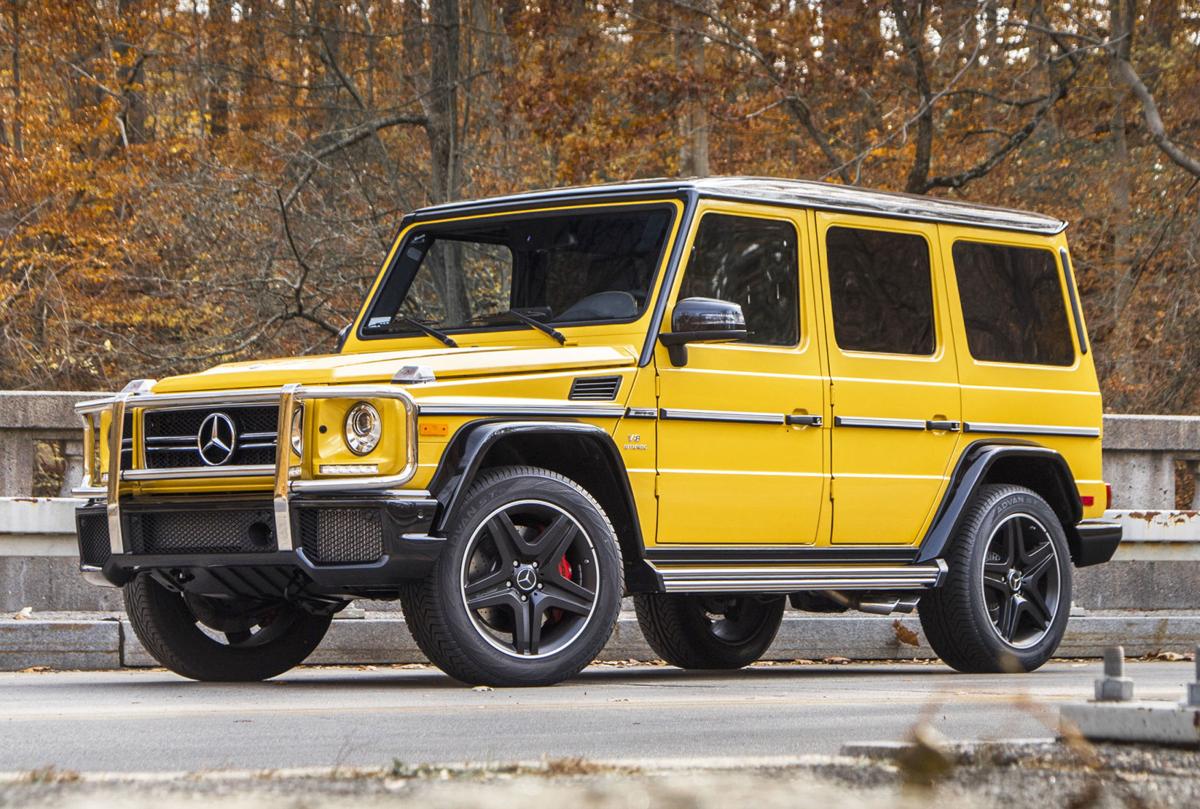 The Mercedes-Benz G63 AMG is one of the most unique vehicles for sale today, combining serious off-road capability with high-end luxury in one boxy, pricey vehicle. 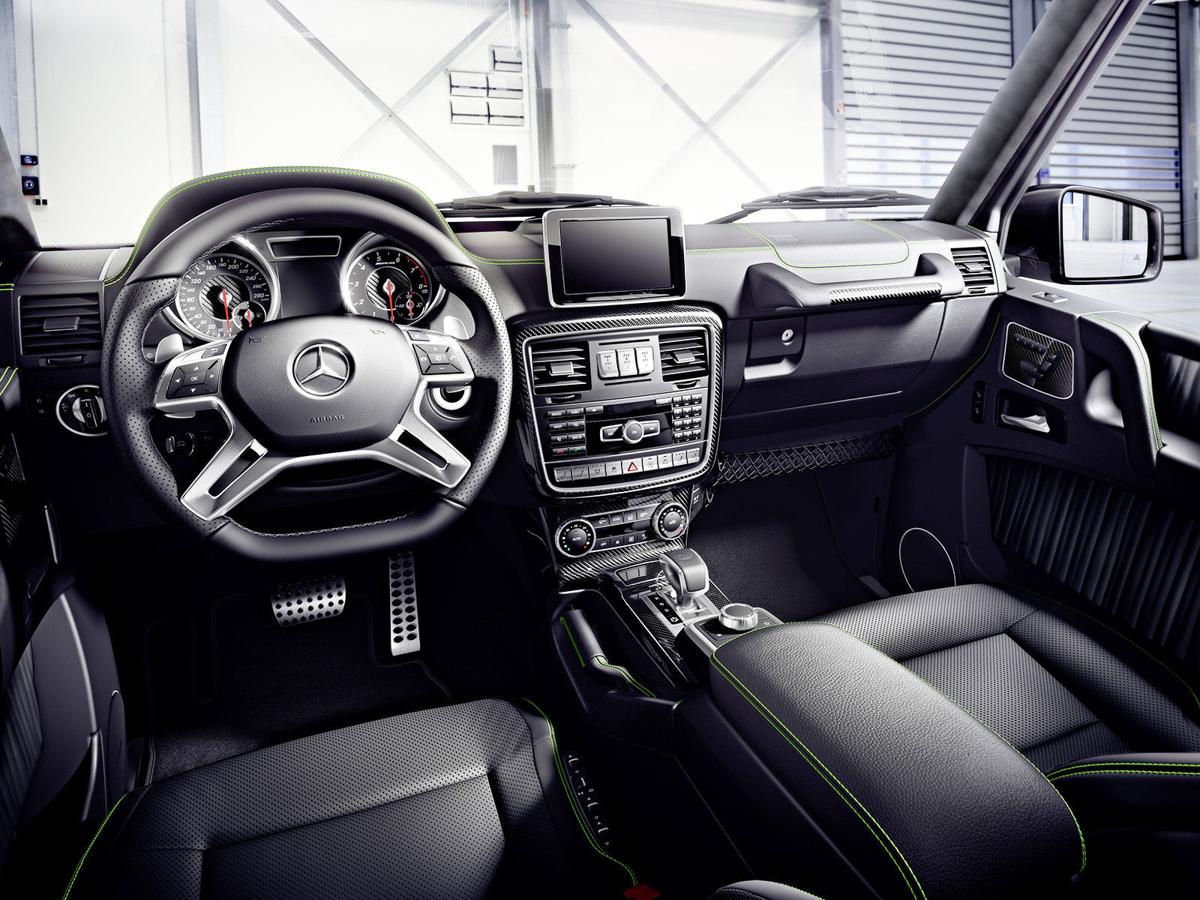 Quilted leather provides a counterpoint to the rugged, military-inspired capability in the G-Class.

One, the task for which it’s ostensibly designed, is being an off-road beast. With a stratospheric ride height, a trio of locking differentials, solid axles and a beefy ladder frame, it feels like you could legitimately point it at a mountain, jam the throttle and blast your way to the summit.

But let’s get real. The G63’s second mission is much more important: showing the world you’ve got mountains of cash.

While the ordinary G550 already offers a masterclass in conspicuous consumption with a starting price of $123,600 — a ridiculous figure for a steel box purportedly built to get scraped and dinged on the trails — the souped-up G63 AMG I tested carries a sticker of $163,795.

The G63 isn’t designed for practical, levelheaded buyers, though. You can sense that in some of its oddball design choices, such as its tacked-on, afterthought cup holder made of yarn. There are plenty of things I’d expect on a $163,000 car, but a cup holder that looks like a Cub Scout project isn’t among them.

Other aspects seem perfectly fitting, including how it smells like a Coach leather store when you open the door, and how the engine rumbles with the anger of a thousand Greek gods when you start it up.

In fact, if anything about this off-roader makes it seem like a bargain, it’s the glorious, otherworldly engine. This hand-built, twin-turbocharged, 5.5-liter V8 makes 563 horsepower, enough to turn the G63 into an asteroid: unbelievably massive and rocklike, with sufficient kinetic energy to kill off the dinosaurs if you get in a wreck.

Its geologic feel over the road can’t be overstated. Everything about it seems as if it’s made of chiseled basalt, including its doors that make bank vaults feel flimsy in comparison. Its electric locks sound like gunfire when they click.

One of my favorite things about the G-Class is that its over-the-top, ostentatious swagger has made it a hit among rappers and free-agent NFL players. Right after you sign your record deal with Def Jam or become the Cowboys’ star wide receiver, you head straight to the Mercedes dealer and buy yourself a yellow G-Wagon like the one I’m testing.

I can tell you this: I’ve driven a lot of flashy cars through the years, including some considerably more expensive than this. None of them — not even one — feels so right with hip-hop music blaring through the speakers.

“Daddy, you’re not a gangsta,” my kids had to remind me several times. The G63 sure made me feel like one.

You only live once, and few vehicles let you live as big as this one. It’s got military-derived off-road capability, a swagger that’s truly unique and an exhaust note sampled from the gates of hell.

What it costs to fix a 'Check Engine' problem

Here’s some good news for cash-strapped motorists: The average cost to repair a mechanical issue that’s indicated by the “check engine” light …

If you're fussy about your car's settings to the point of obsession, I may have found your perfect vehicle.

Whether it’s a cross country road trip or a holiday visit to spend time with the relatives, many mobile families are taking their pets along f…

In a relatively short period of time, the Hyundai Elantra has risen from a cheaply built economy car to one of the most refined in its competi…

The Mercedes-Benz G63 AMG is one of the most unique vehicles for sale today, combining serious off-road capability with high-end luxury in one boxy, pricey vehicle.

Quilted leather provides a counterpoint to the rugged, military-inspired capability in the G-Class.