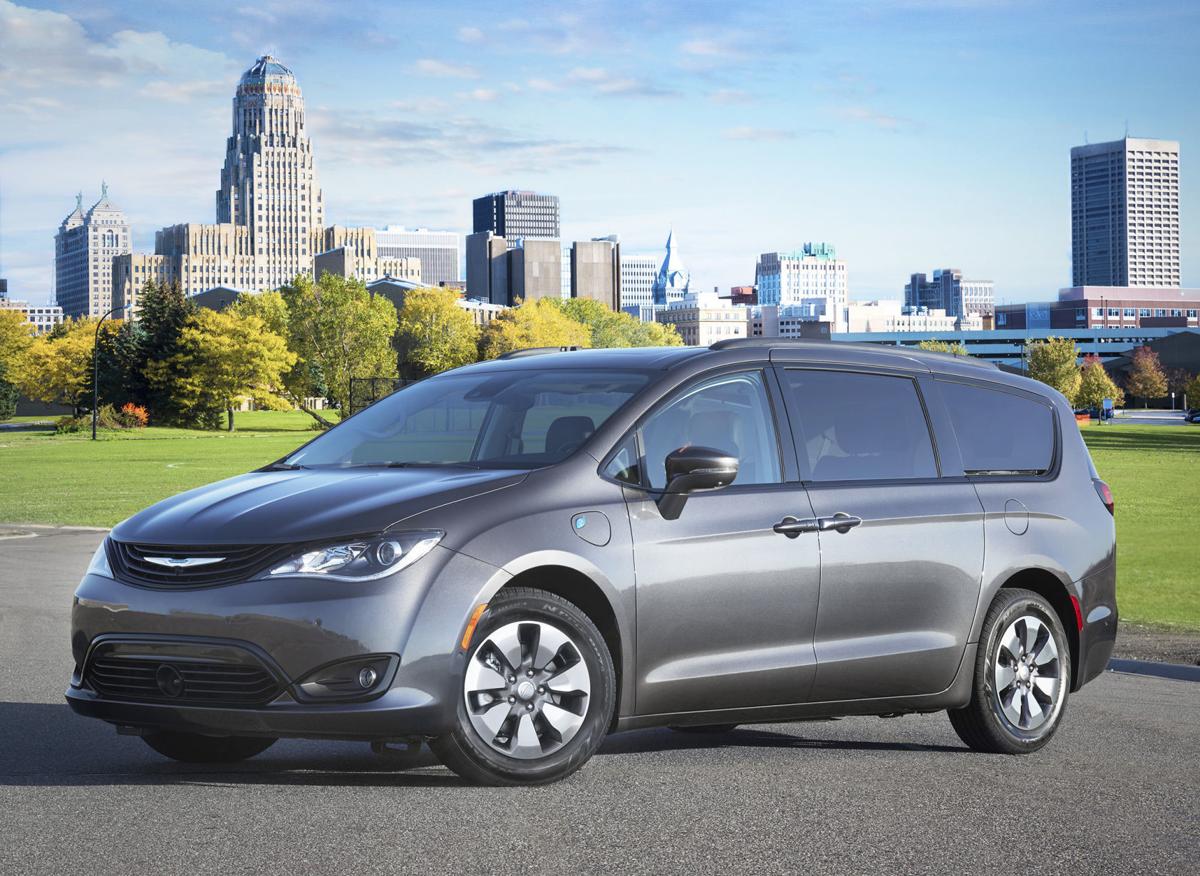 The Chrysler Pacifica Hybrid has a 33-mile electric range before its gasoline V6 engine is required to kick in. That means many daily family trips can be done entirely on battery power. 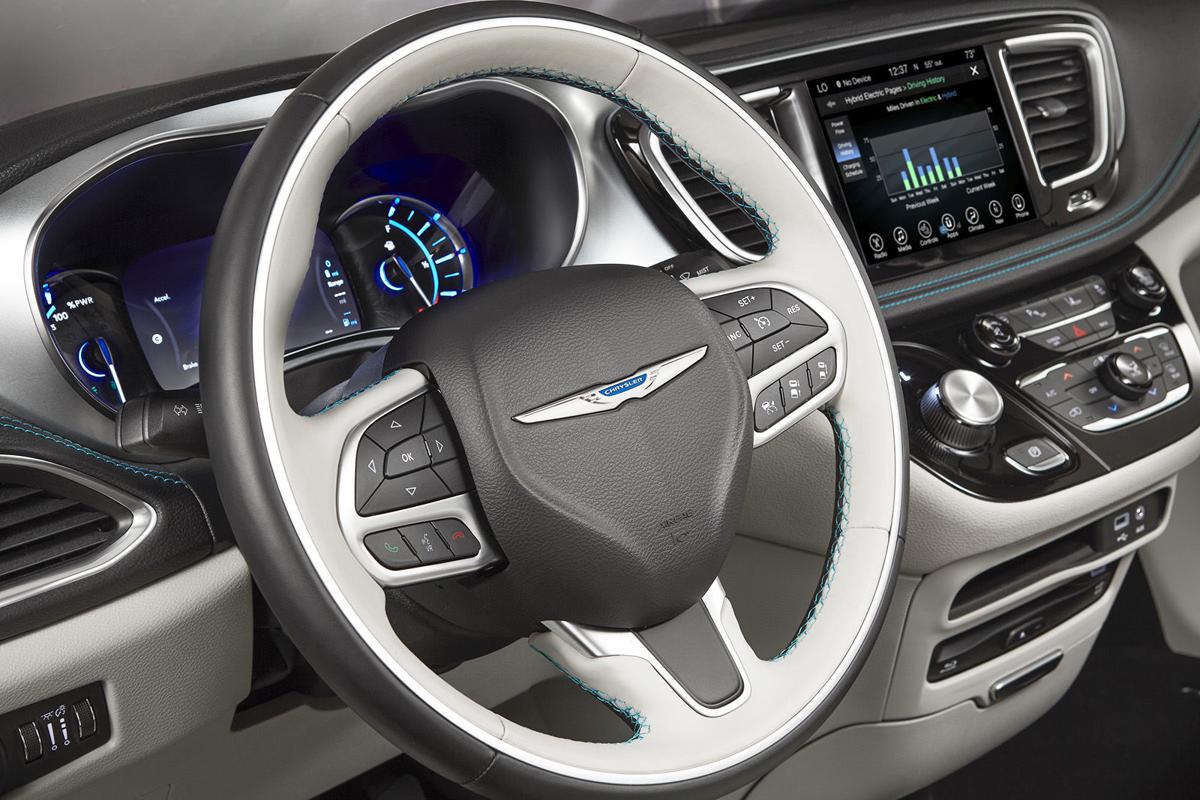 The Chrysler Pacifica Hybrid has a 33-mile electric range before its gasoline V6 engine is required to kick in. That means many daily family trips can be done entirely on battery power.

It’s hard to imagine a better family vehicle than this one, the Chrysler Pacifica minivan.

While minivans have fallen out of fashion in recent years, largely replaced by rugged-looking CUVs and SUVs on America’s highways, there’s no denying the unrivaled practicality that vans offer with their sliding doors, gigantic cabins, huge road-trip storage capacity and reasonable gas mileage.

In fact, today’s van market is more competitive than ever, thanks to strong products from Chrysler, Honda and Toyota. Every van offers a unique gimmick to give it a leg up — all-wheel drive on the Toyota Sienna, for example, or a built-in, subway-style PA system in the Honda Odyssey — but I think the Pacifica has an unbeatable ace up its sleeve.

It’s the only minivan with a hybrid variant.

That’s important, because one of the key differentiators between minivans and SUVs is fuel economy. If I’m shopping for a van instead of a Chevy Suburban or Ford Expedition for my family, one of the big reasons is bound to be fuel economy. I’m trying to avoid the truck-like gas guzzlers. And in the minivan fuel wars, the Pacifica Hybrid puts its competitors to shame.

This product was designed from the outset with fuel misers in mind. Its body is both the lightest and stiffest in its class, Chrysler claims, and you can feel that both at the gas pump and from the driver’s seat.

Even if you don’t factor in the electric power, the Pacifica Hybrid is rated for 32 mpg in combined city and highway driving. That’s impressive, especially for people considering an SUV with similar passenger volume.

With the boost you get from batteries and two electric motors, it’s rated for the equivalent of 84 mpg combined, the government says. In the real world, if you’re mainly doing short trips every day, you may even be able to drive it without burning a drop of fuel.

On a full charge, the Pacifica Hybrid can drive up to 33 miles on electric power before its gasoline engine fires up. My real-world driving — including a lead foot at stoplights — dropped that number down to the high 20s, but it was still enough range that I was able to drive on battery power nearly every day for the week I tested this van.

Driving the Pacifica Hybrid is as impressive as the regular Pacifica, with plenty of power and the quietest, smoothest ride of any van for sale today. It’s a pleasure on the freeway.

There’s one key difference, though. You hear a very noticeable whine every time it brakes and accelerates, the result of its aggressive hybrid system that generates those miserly fuel numbers.

The only other downside is losing the brilliant Stow ’n Go seats that are among my favorite features on Chrysler vans. Unlike the gasoline-only Pacifica, where the seats can fold down into wells in the floor, the hybrid uses that space for its batteries.

The Pacifica Hybrid has a high base price around $40,000. With a $7,500 tax credit, though — plus the potential for state incentives, depending on where you live — it starts to look like a serious bargain around $32,500.

To me, that price usually brings to mind lackluster, mid-size crossovers with two or three rows of seats. If you’re looking at it from a strictly logical perspective, and not letting today’s truck-like styling trends cloud your judgement, I can’t imagine why anyone would drive a crossover over something like this.

It has a spacious, easily configurable cabin for hauling people and stuff. Its new platform drives with a silence and poise that approaches some luxury sedans. And the electric power and tax credits in the hybrid version make it feel like a budgetary no-brainer.

Barreling down the highway in a vehicle as big as this — the new, palace-sized Ford Expediti…

It may be the best family vehicle ever created, especially in this fuel-saving electric hybrid form. It drives with poise, has a long list of family-friendly features and can run on batteries for 33 miles.