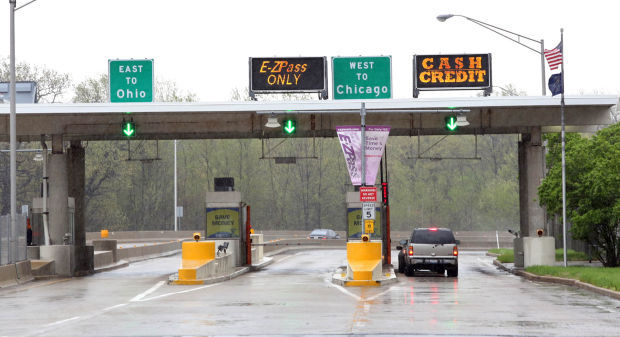 The operators of the Indiana Toll Road declared bankruptcy on Sunday, leaving the fate of the 157-mile road in the hands of a federal judge and creditors. 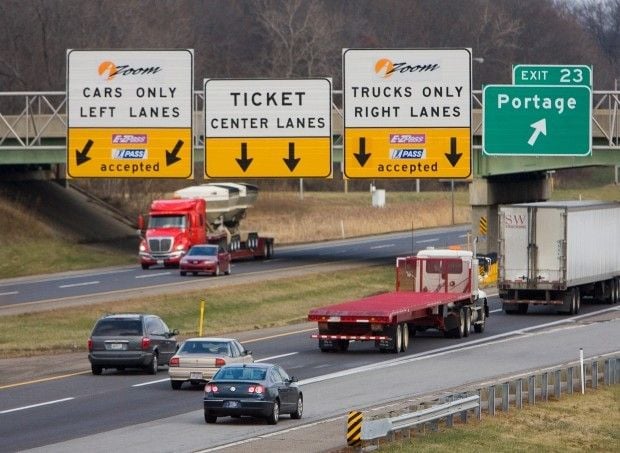 The private operators of the Indiana Toll Road declared bankruptcy Sunday on more than $6 billion in debt, leaving the fate of the 157-mile road in the hands of a federal judge and creditors.

Indiana Toll Road Concession Co. filed its petition for reorganization under Chapter 11 in federal bankruptcy court in Chicago. The filing came eight years and three months after its parent companies paid Indiana $3.8 billion for the right to operate and collect tolls on the road for 75 years.

In one of its first actions, the company submitted emergency petitions to the court to allow it to continue to pay its 283 employees and serve motorists on a road that is a key commuter route into Chicago.

The seriousness of the situation was underlined Monday when Gov. Mike Pence addressed the issue. The governor reiterated the claims of other state officials that there will be no impact on Toll Road operations.

“The IFA has been aware of negotiations between the operator and its lenders, so we anticipated this could be a possibility,” Pence said in a prepared statement issued by the Indiana Finance Authority. “But Hoosiers can expect business as usual on the Indiana Toll Road.”

ITRCC's downfall was tied both to steep declines in traffic during the recession and disastrous interest rate swaps the company negotiated with banks, according to its bankruptcy filings.

Those swaps were intended to give ITRCC the security of fixed interest rates on the $4 billion in debt taken on to finance its winning bid in 2006. But the swaps instead had the effect of swelling its debt by $2.15 billion more as of this summer, according to the bankruptcy filings.

ITRCC missed a $102 million interest payment on its swap debt in June, precipitating the bankruptcy.

The interest rate swaps that brought down ITRCC are similar to those that are threatening the solvency of a number of municipal governments across the country, according to Donald Cohen, executive director of In the Public Interest, which bills itself as a citizen resource center on privatizations.

"This is really a consequence of desperate governments thinking there is free money and financial institutions speculating on infrastructure," he said of the Toll Road bankruptcy.

ITRCC on Friday said it had received support from its lenders and investors for a pre-packaged restructuring under which it will attempt to sell the lease and all the rights that conveys to a new operator. If that effort does not succeed by Aug. 1, 2015, at the latest, ITRCC will seek refinancing.

Indiana Finance Authority Director Kendra York said Indiana Toll Road Concession Co. will continue to manage the Toll Road throughout the bankruptcy process under the current lease agreement. Any potential change in the Toll Road's operation must be approved by the IFA, York said.

If the lease is sold, any new Toll Road operator must adhere strictly to the performance standards established in the original agreement that ITRCC signed in 2006, she said. The new operator cannot “under any circumstance” increase tolls beyond what is set forth in the agreement, she said.

In addition to the more than $6 billion owed to various lenders, ITRCC owes more than $2 million to local road construction contractors and others. The company plans to pay those contractors.

The voluminous filings submitted to the court Sunday shed no light on the opaque ownership of Toll Road debt.

The Wall Street Journal has reported it is mainly hedge funds that have been buying the debt at a discount from European Banks. Those hedge funds stand to be the biggest winners if the Toll Road lease fetches a good price.

Indiana gasoline prices in June will include 74.4 cents per gallon in taxes

Three Northwest Indiana lawmakers are calling for Gov. Eric Holcomb to suspend the state's fuel taxes until at least July to give Hoosiers a break when they fill up their tanks.

The operators of the Indiana Toll Road declared bankruptcy on Sunday, leaving the fate of the 157-mile road in the hands of a federal judge and creditors.