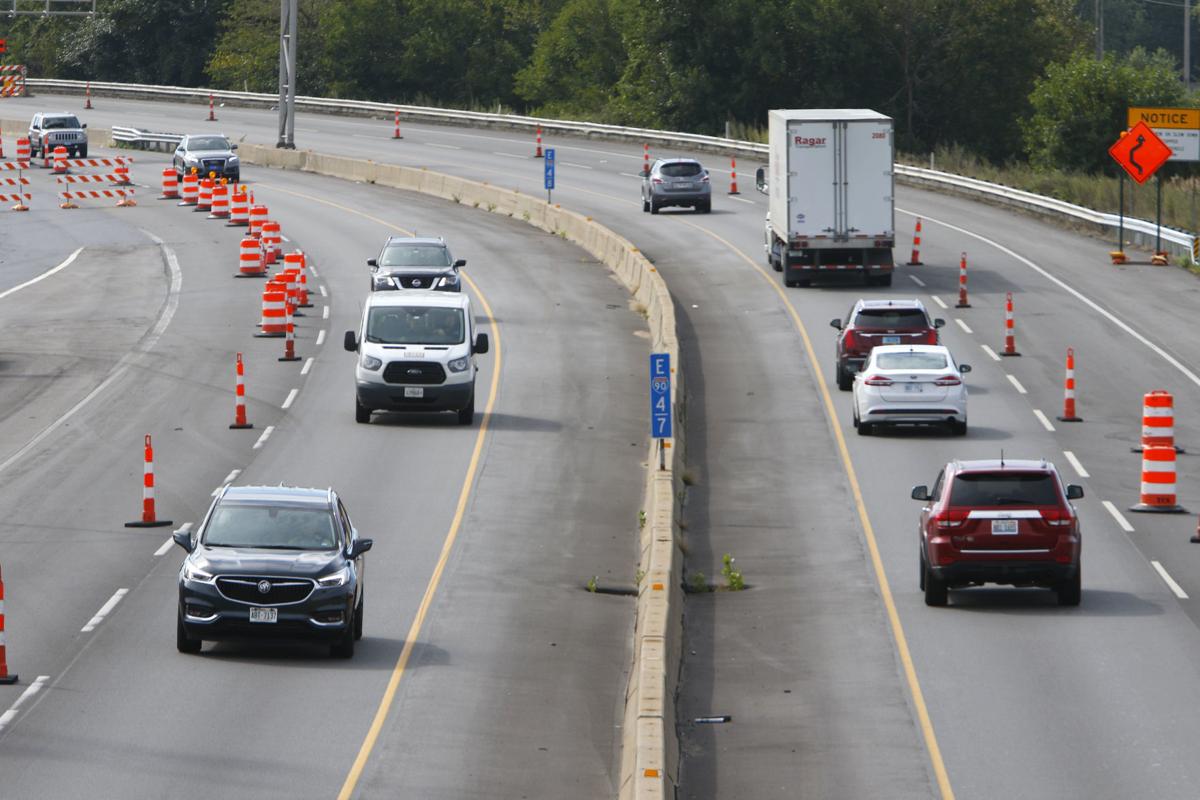 East and westbound traffic navigates through a construction zone Tuesday on the Indiana Toll Road in Hammond. 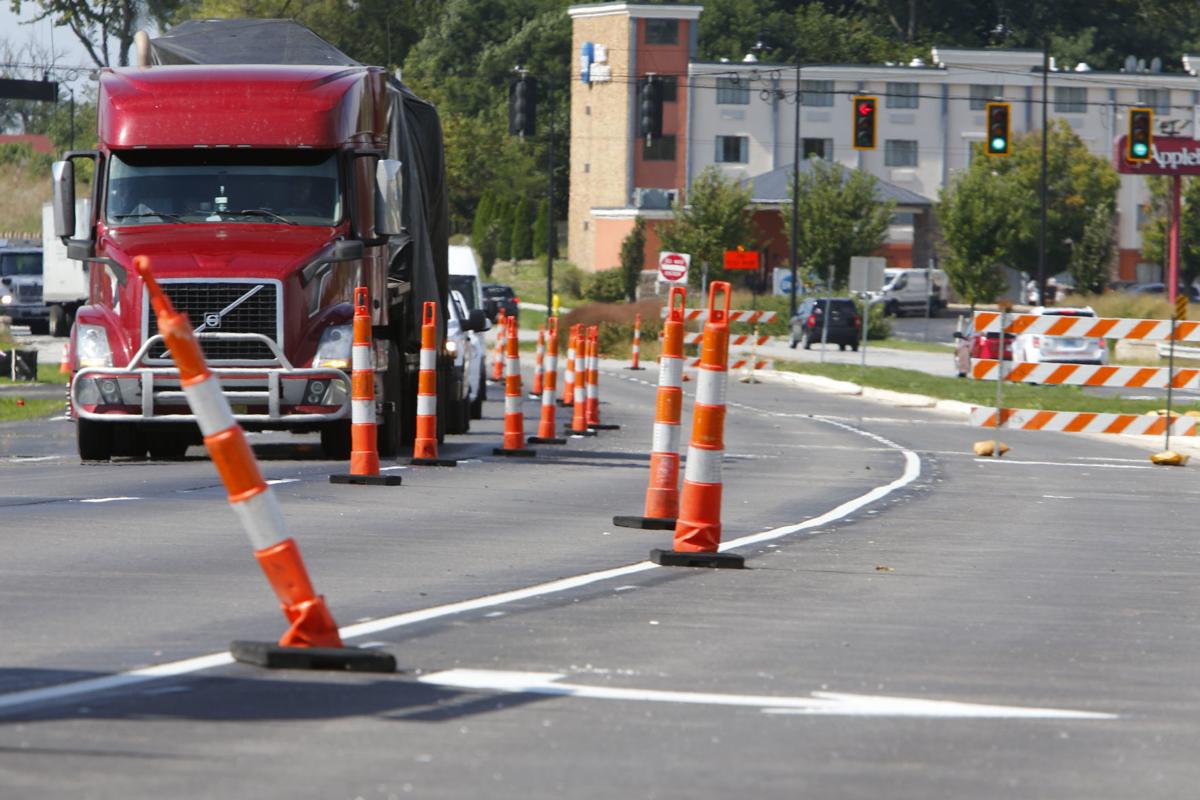 Eastbound traffic navigates through a construction zone Tuesday on Morthland Drive in Valparaiso. 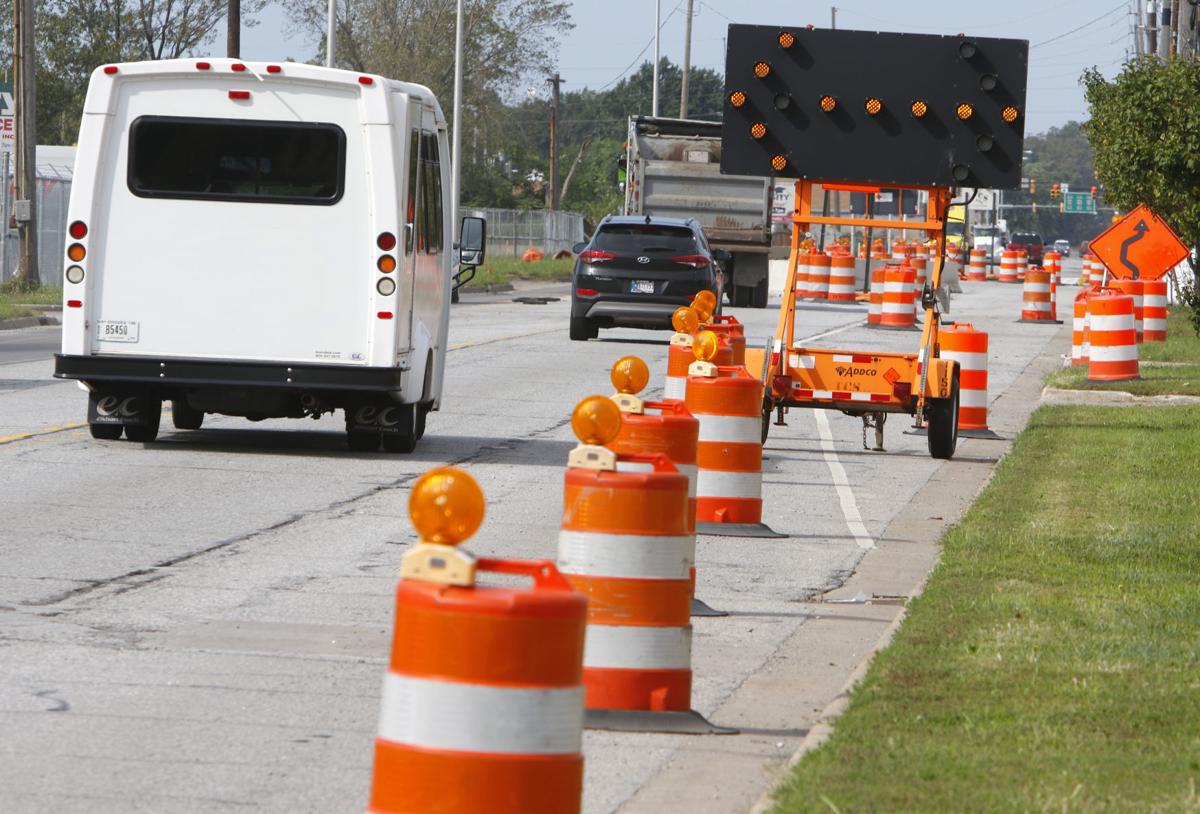 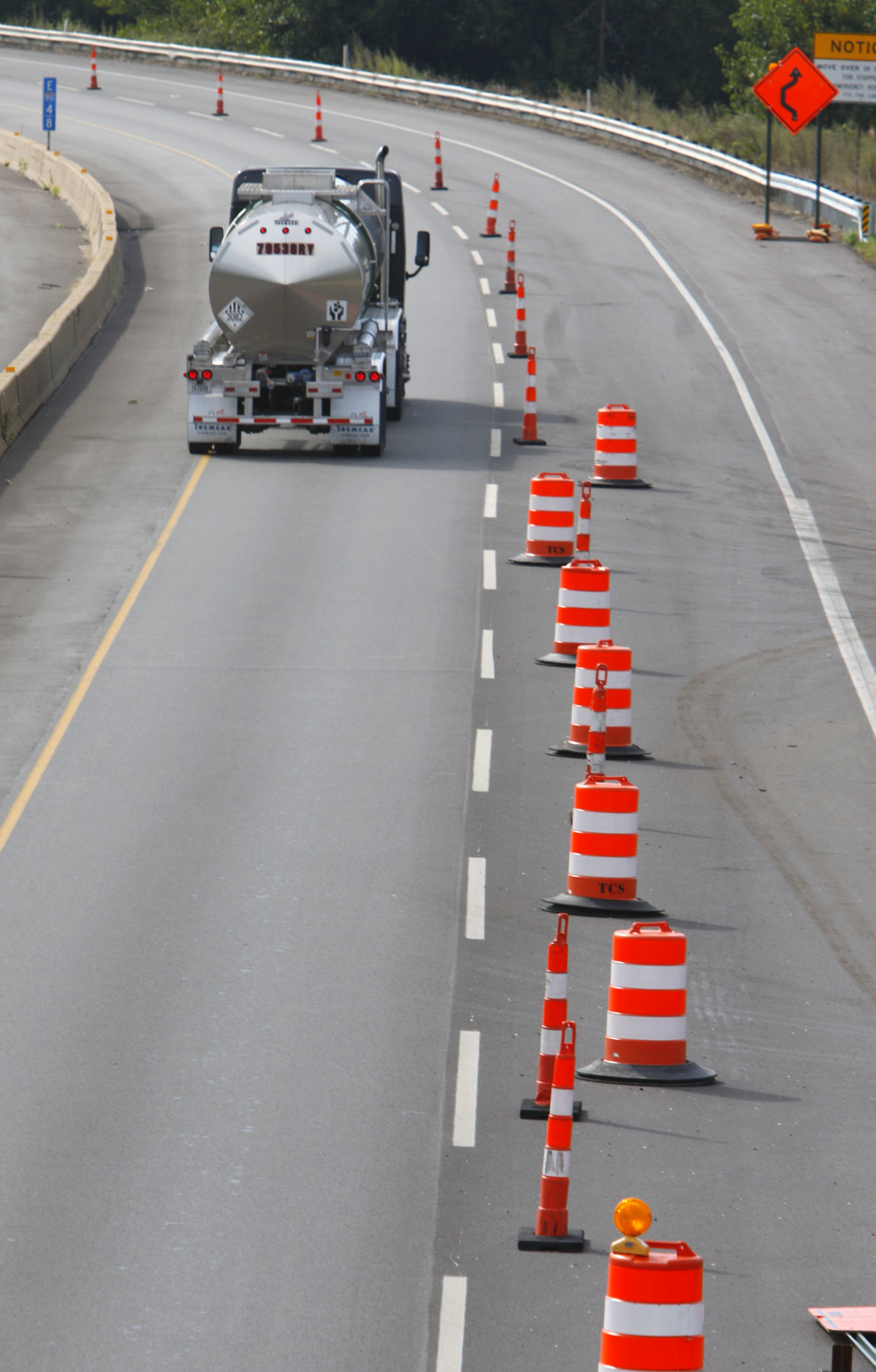 A semitrailer passes through a construction zone Tuesday on the Indiana Toll Road in Hammond. 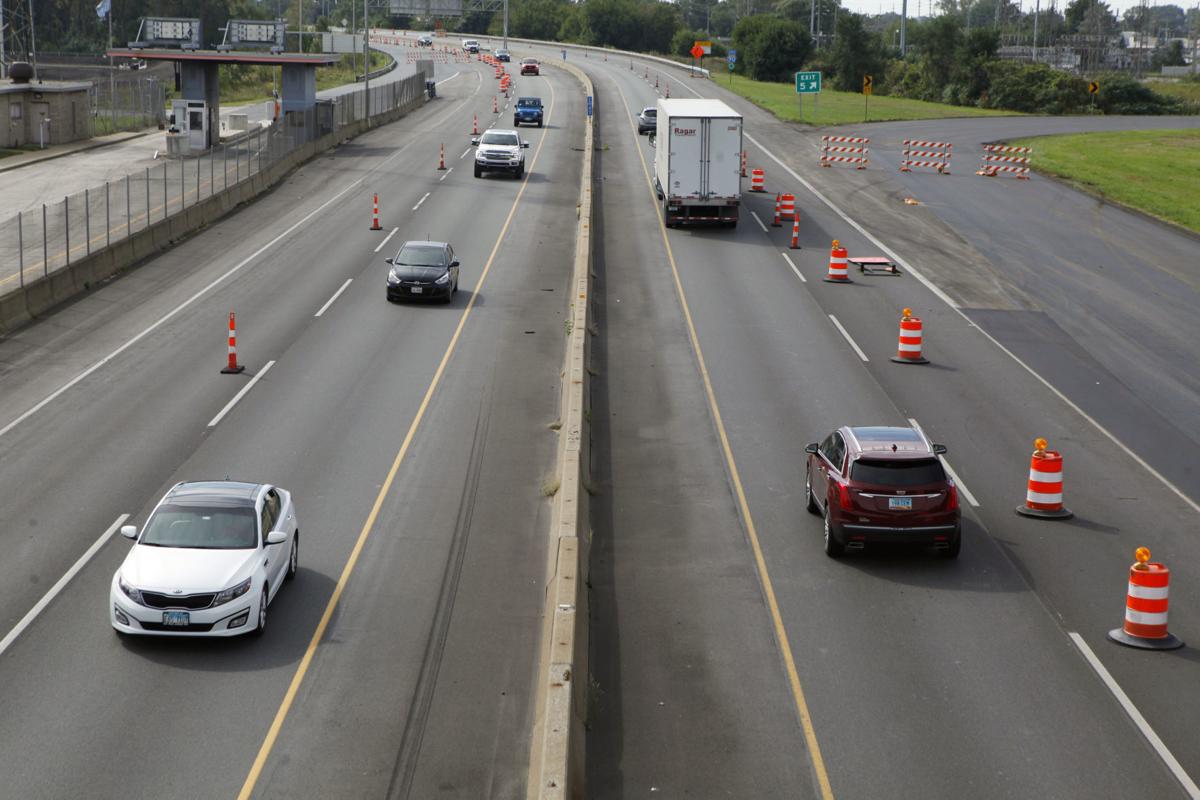 East and westbound traffic travels through a construction zone Tuesday on the Indiana Toll Road near 141st Street in Hammond. 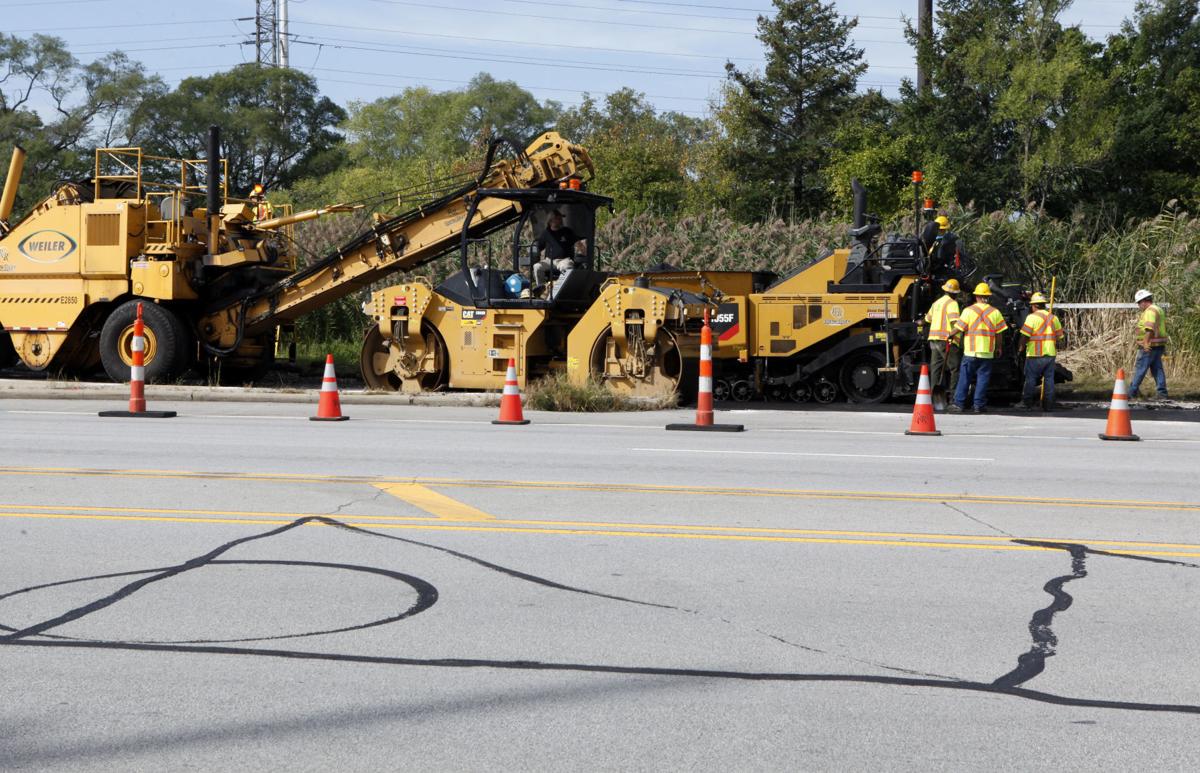 Workers lay down new asphalt Tuesday near the entrance ramp to the Indiana Toll Road from north Calumet Avenue in Hammond. 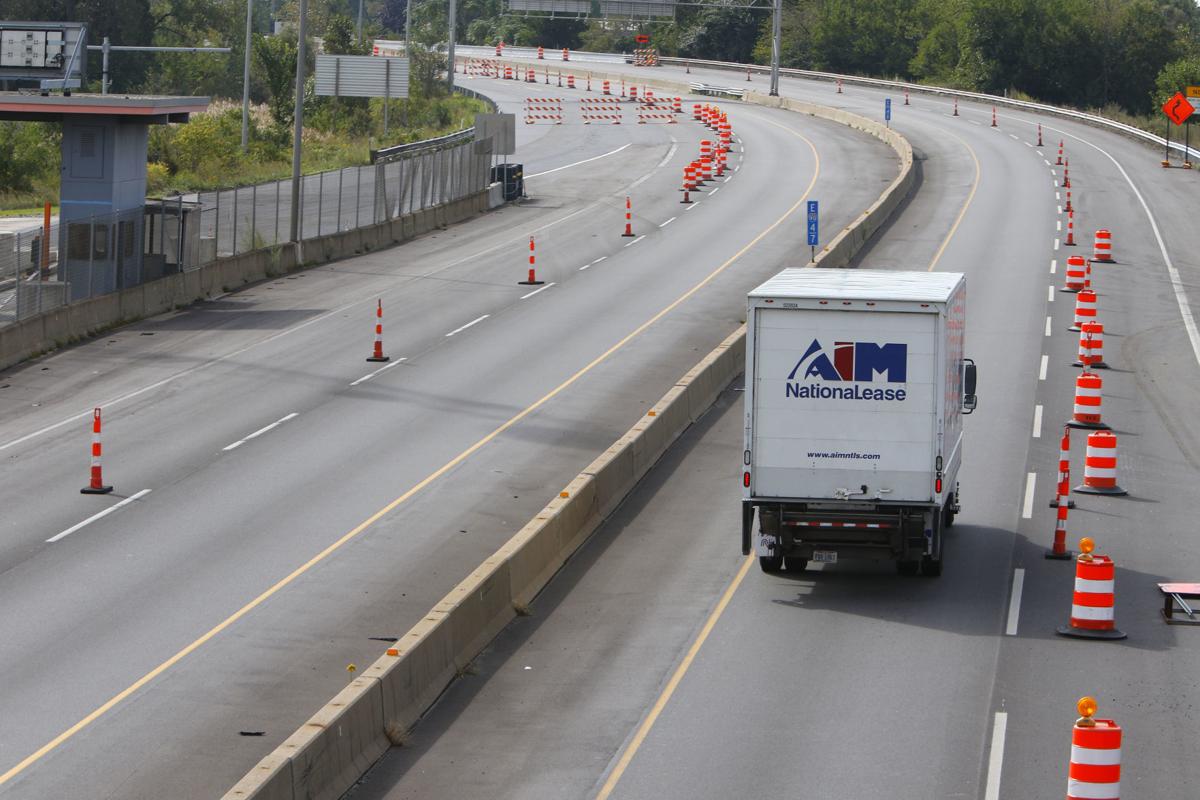 An eastbound truck travels through the construction zone Tuesday on the Indiana Toll Road near 141st Street in Hammond.

Hoosier motorists exceeding the speed limit in highway work zones soon could have their license plate photographed and the vehicle owner fined by the state, if some Indiana lawmakers get their way.

The General Assembly's Interim Study Committee on Transportation appeared Wednesday to favor authorizing the use of automated traffic enforcement devices in road construction areas as a tool to improve safety and minimize dangerous or distracted driving.

The panel will decide later this month whether to formally recommend that the Republican-controlled Legislature consider making Indiana the sixth state, including Illinois, with work zone speed cameras when lawmakers convene in January for a 10-week session.

State Rep. Chuck Moseley, D-Portage, a study committee member whose automated enforcement proposal in House Bill 1412 failed to advance in the House last session, said he's determined to get it done next year.

The need for improved work zone safety was hammered into the committee by leaders of Indiana Constructors Inc. (ICI), a statewide construction trade group, who pointed to state records showing work zone collisions increased to 6,370 in 2017, the most recent year with data available, compared to 2,878 collisions in 2013.

While they acknowledged Indiana now has more work zones after lawmakers hiked fuel taxes and vehicle fees in 2017 to fund infrastructure projects, they also said motorists seem to be driving more recklessly due to speed and technological distractions.

"We want to get the work done, but we want to do it safely," said Dan Brown, ICI board chairman.

ICI leaders said Indiana should consider copying Pennsylvania's recently enacted speed camera law that photographs vehicles exceeding the speed limit in work zones by at least 11 miles per hour, and issues a warning for a first offense, imposes a $75 fine for a second violation and a $150 fine for subsequent offenses.

State Sen. Blake Doriot, R-Syracuse, said he likes the idea of only using speed camera enforcement when workers are present, since too often Indiana road construction zones cover a wide swath of highway where nothing is happening.

But state Rep. Ed Soliday, R-Valparaiso, pointed out there's just as much collision risk when workers are not present because many crashes stem from drivers failing to timely reduce speed when merging into a single lane or navigating temporary road alignments.

"If you just tie it to the workers that only solves part of the problem," Soliday said.

Indeed, state records show the overwhelming majority of work zone deaths and injuries are suffered by adults and children traveling in cars and trucks through construction zones, instead of harming the people working on Indiana's highways.

Figuring out how exactly to get Hoosier drivers to slow down and pay attention, especially in work zones, has stymied lawmakers all decade long.

The 2011 Indiana Work Zone Safety Law imposed fines for speeding in a work zone of $300 for a first violation, $500 for a second and $1,000 for a third offense within three years. A driver who injures or kills a construction worker faces up to six years in prison and a $10,000 fine.

State police, however, have found that law difficult to enforce, since there often are few places to station a patrol vehicle or safely pull over a speeding driver in an active work zone.

"We've all seen the big orange signs that talk about the increased fines for speeding in work zones," said David Hyde, former ICI board chairman. "Those are great signs, but they don't make a difference."

Hoosier lawmakers in 2011 also banned typing, reading or sending a text message or email while driving.

But a 2014 federal court ruling deemed the statute "useless," because motorists still can use their phones while driving for any other purpose — so long as they are not texting or emailing.

Those efforts failed to become law due in part to bipartisan concerns about motorist privacy, limited safety benefits and the perception that speed cameras just would be a cash grab by the state.

House says not so fast to speed cameras

INDIANAPOLIS | A proposal to use automated cameras to enforce speed limits in school and work zones died Monday in the Indiana House.

Smile for your ticket

Gov. Eric Holcomb is calling on Indiana lawmakers to ban the use of mobile devices while driving, legalize speed enforcement cameras in work zones and raise the smoking age to 21.

"I have a problem with 'Big Daddy' looking over my shoulder," said state Sen. Phil Boots.

If enacted into law, police could pull over and ticket a motorist if the officer spots them holding a mobile device for any reason while the vehicle is in motion.

A panel of senators has endorsed a plan to bring speed camera enforcement to highways in the Hoosier State.

According to the plea agreement, he accepted some $250,000 in bribes, though court filings don't name the company or other individuals who might have been involved.

The Indiana House has endorsed legislation prohibiting drivers from using, or even holding, a mobile phone or similar device while their vehicle is in motion.

Indiana drivers who hold or use a telecommunications device while their vehicle is in motion soon may be fined up to $500, unless the device is used in a hands-free or voice-activated mode.

East and westbound traffic navigates through a construction zone Tuesday on the Indiana Toll Road in Hammond.

Eastbound traffic navigates through a construction zone Tuesday on Morthland Drive in Valparaiso.

A semitrailer passes through a construction zone Tuesday on the Indiana Toll Road in Hammond.

East and westbound traffic travels through a construction zone Tuesday on the Indiana Toll Road near 141st Street in Hammond.

Workers lay down new asphalt Tuesday near the entrance ramp to the Indiana Toll Road from north Calumet Avenue in Hammond.

An eastbound truck travels through the construction zone Tuesday on the Indiana Toll Road near 141st Street in Hammond.