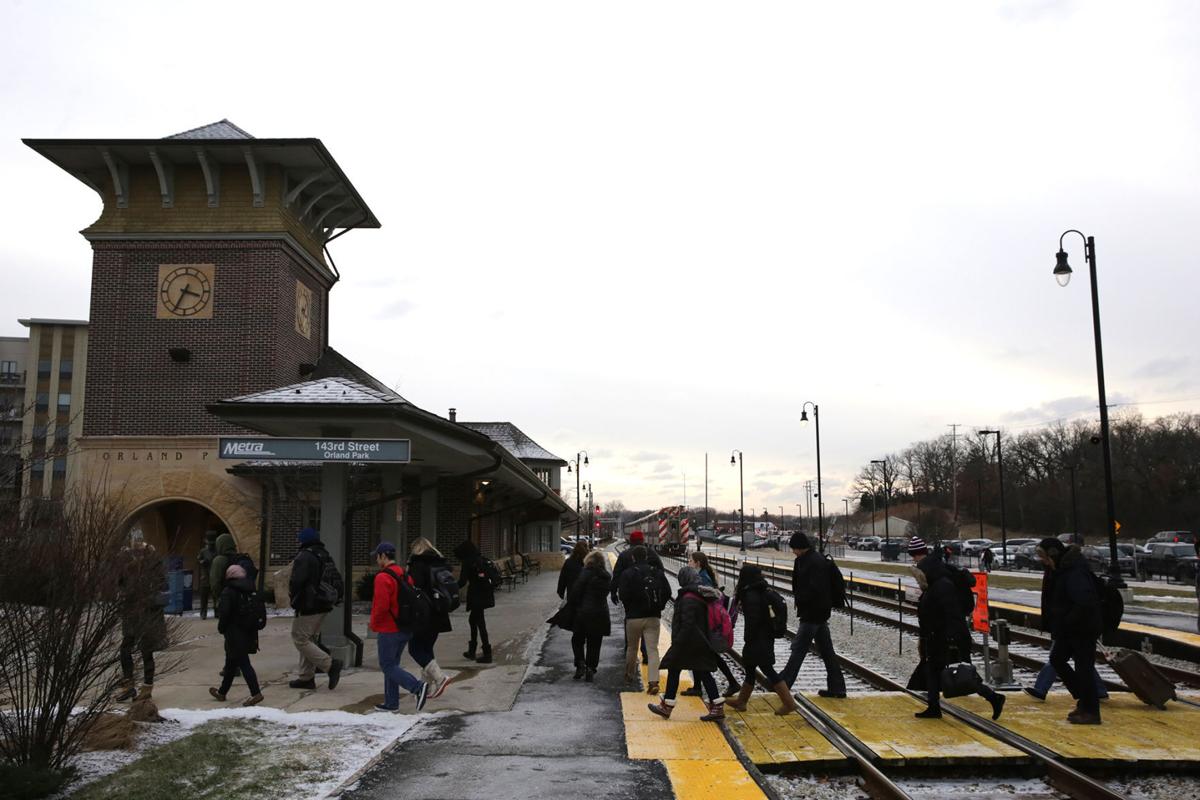 Commuters exit the Orland Park 143rd Street Metra station earlier this month. The area around the station is the site of transit-oriented development including upscale apartments and shopping. 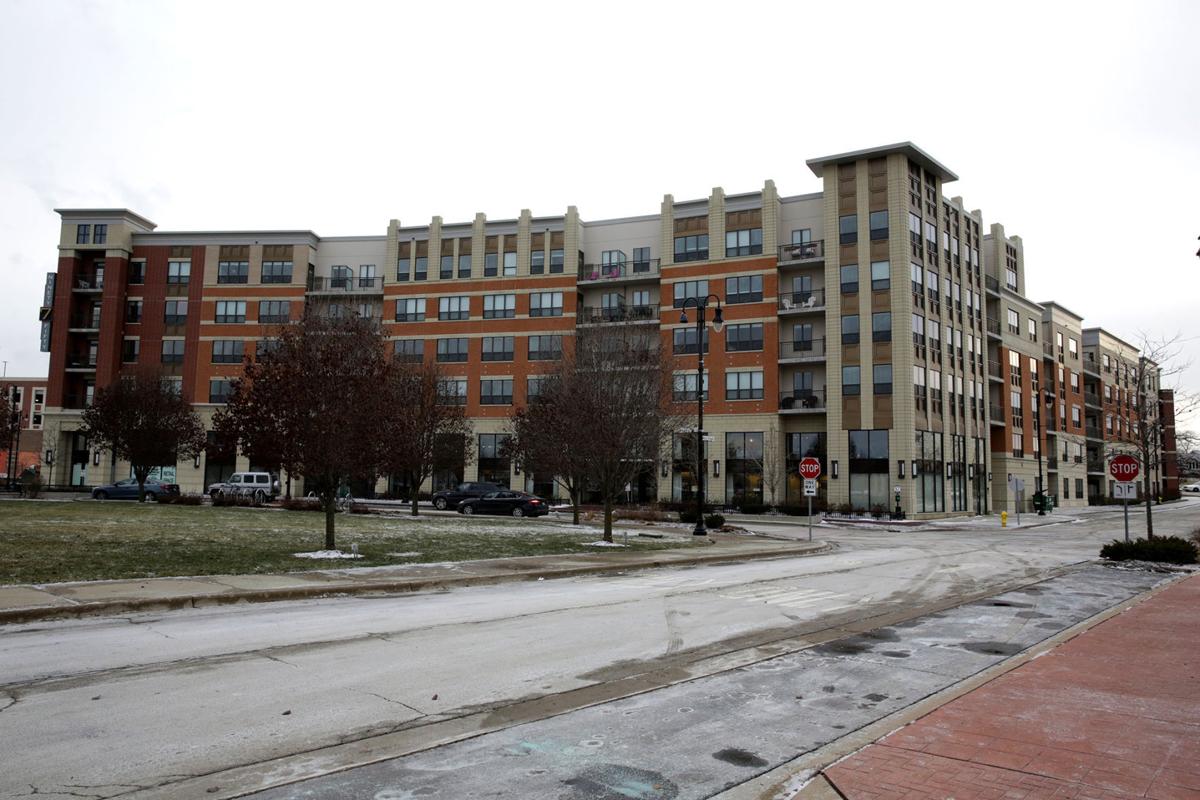 The Ninety7Fifty on the Park apartments next to the Orland Park 143rd Street Metra station in Orland Park. 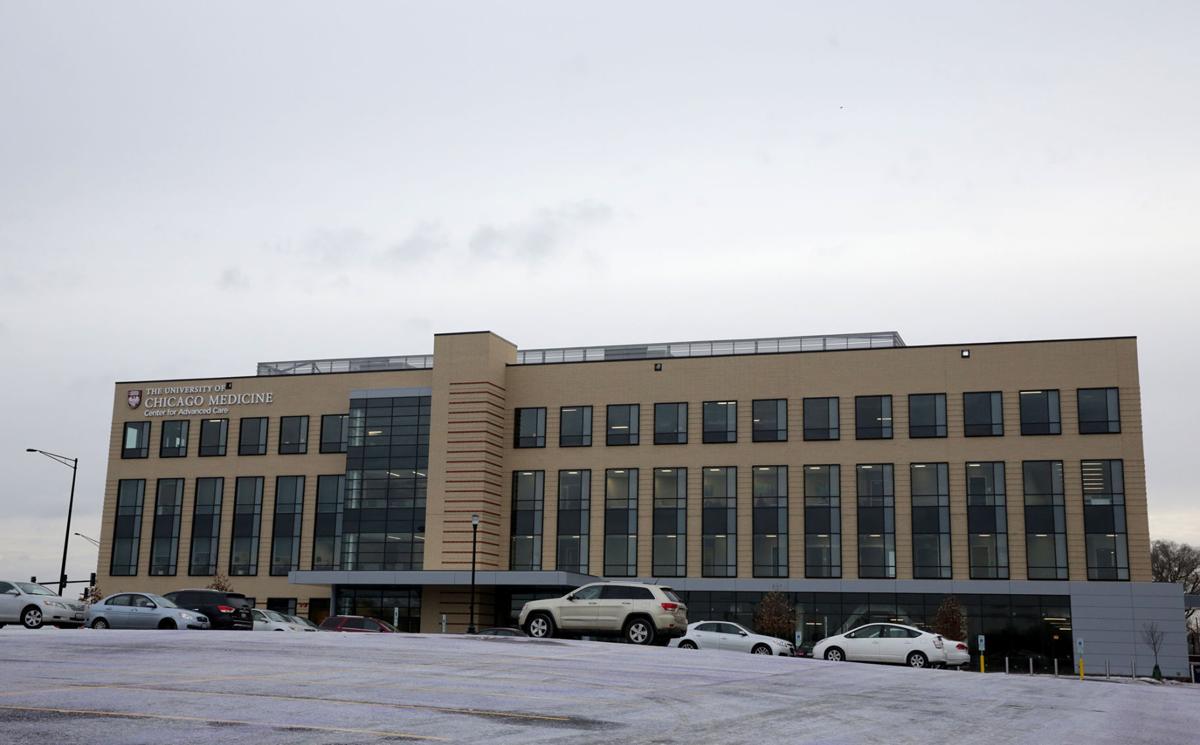 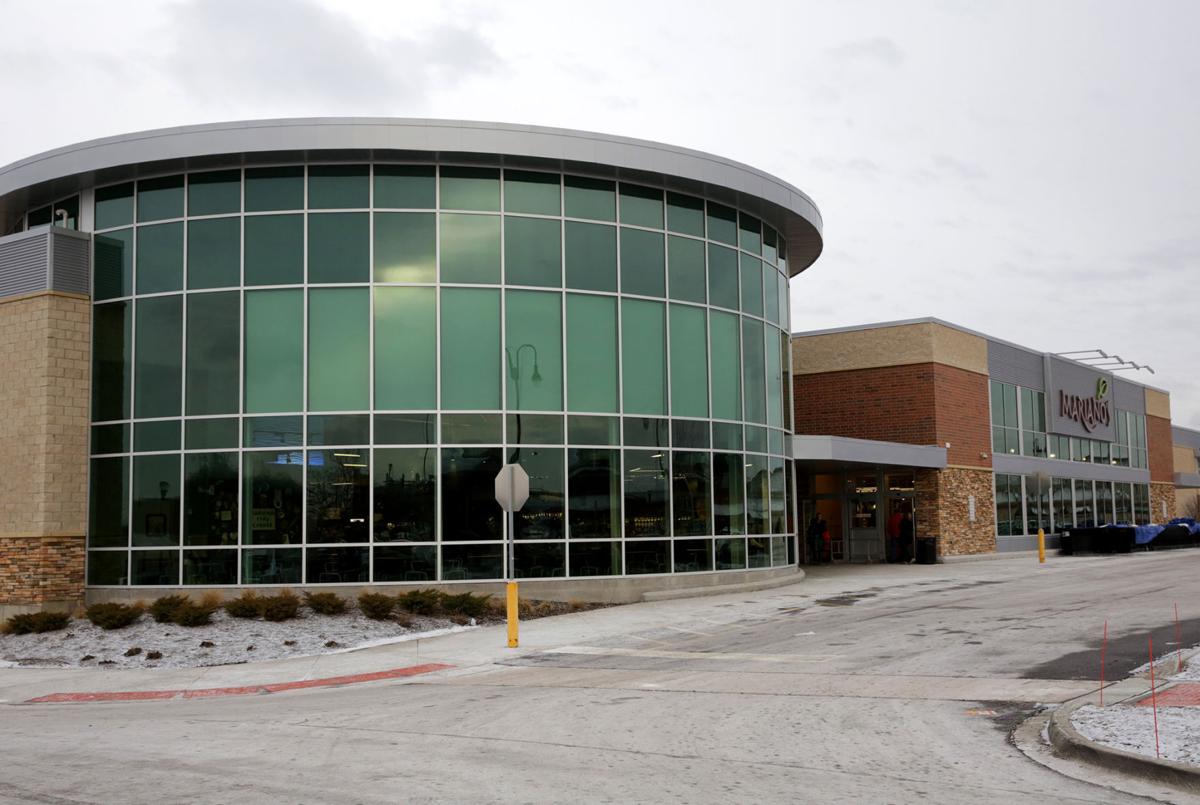 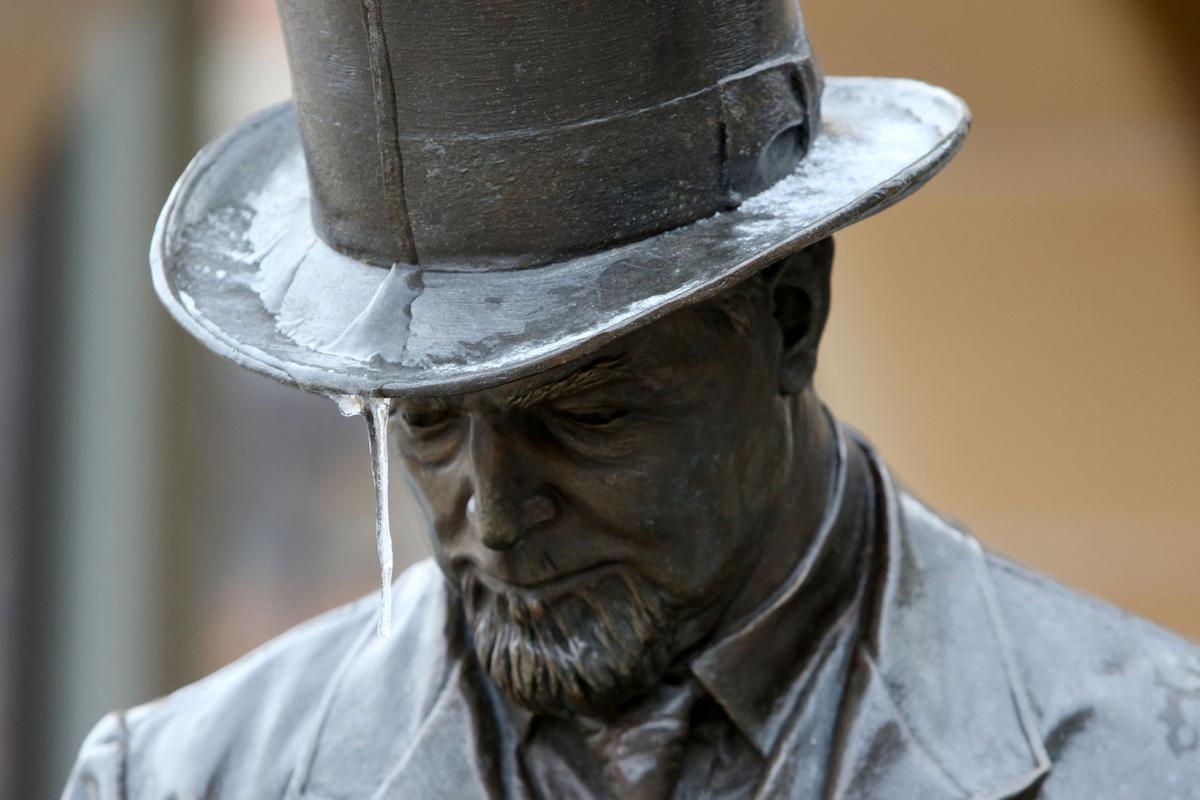 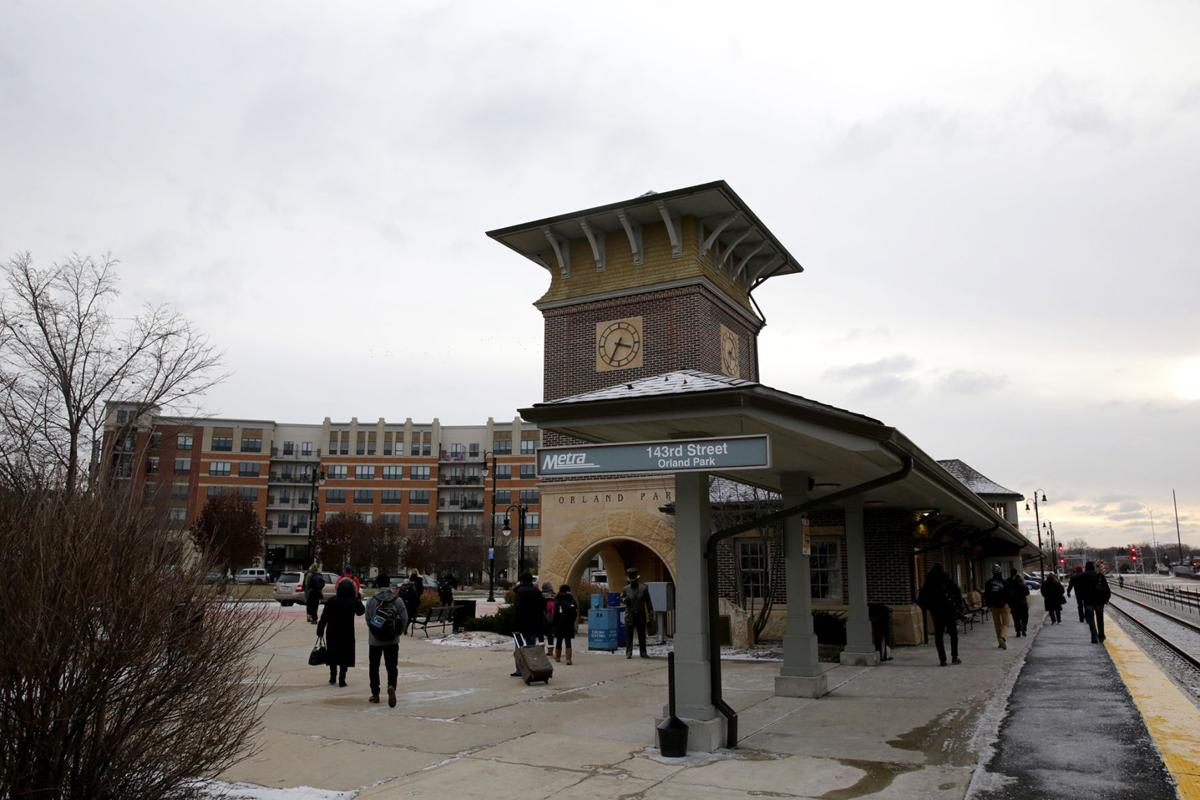 Commuters exit the 143rd Street Metra station earlier this month in Orland Park. The area around the station is the site of transit-oriented development, including the Ninety7Fifty on the Park apartments in the background. 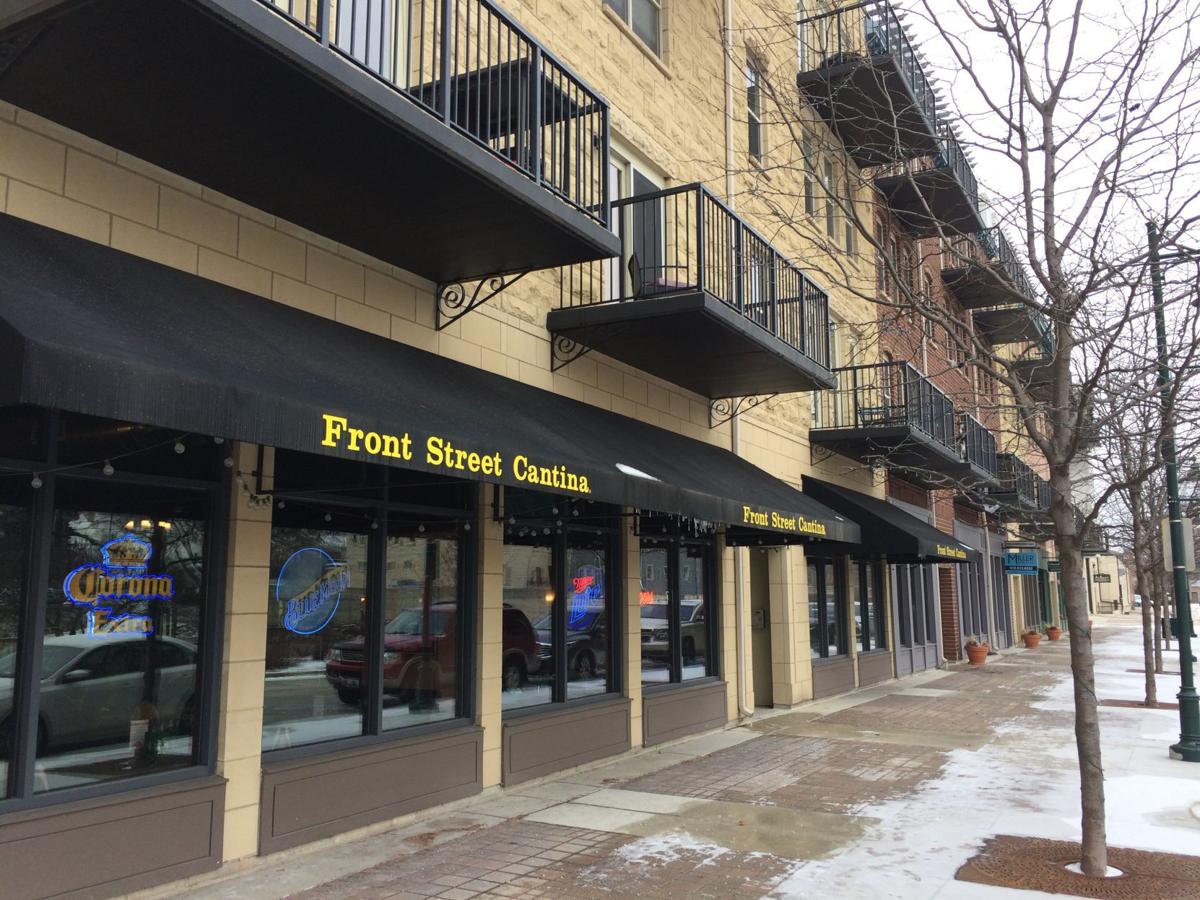 The Front Street Cantina and other business occupy the first floor of a transit-oriented development near the Metra station in Lemont, Illinois. The upper floors are The Front Street Lofts condominiums. The development also includes 262 public parking spaces. 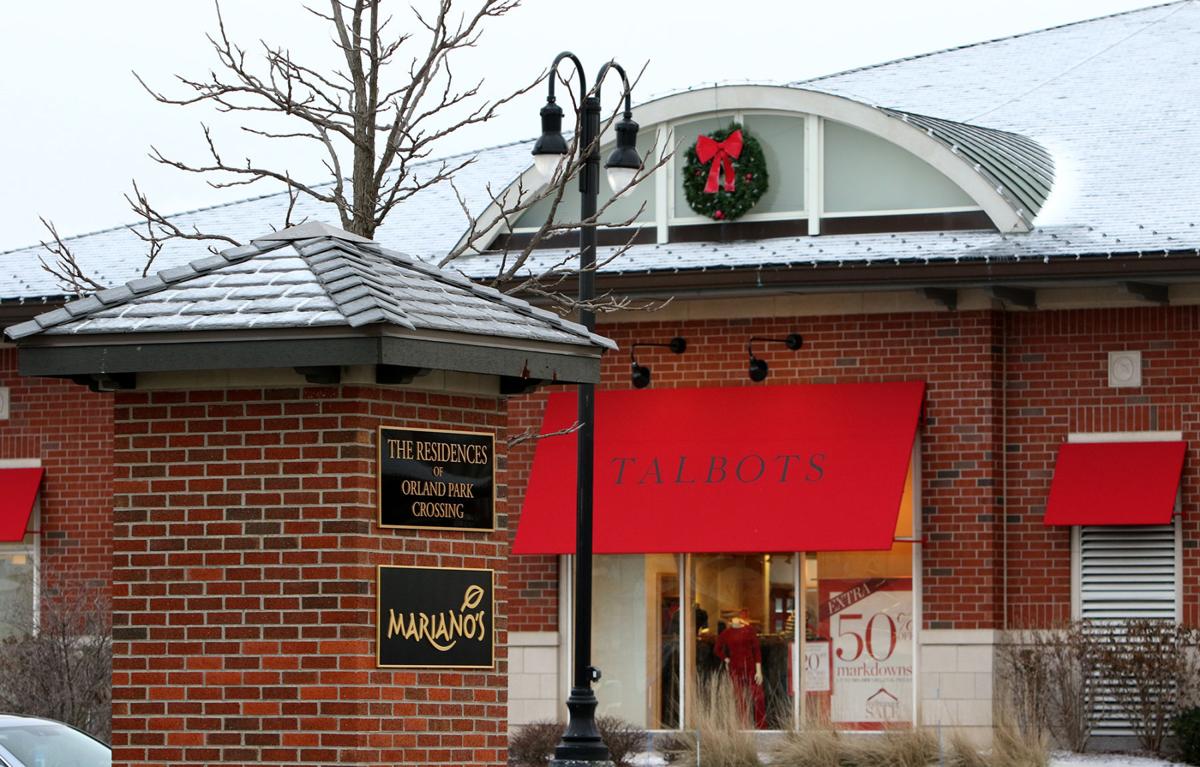 The pay-off from the South Shore Line's West Lake Corridor and Double Track NWI investments of a combined $893 million depends in part on what happens around the rail line's stations, and success there will take patience, money and a tolerance for risk.

That's what officials in several Chicago suburbs told a group from Northwest Indiana earlier this month on a tour of communities on the Metra commuter rail line. The day-long trip highlighted the complexity of leveraging that rail infrastructure into further development around train stations.

The tour was organized by One Region and included more than 50 officials and business people with a professional interest in transit-oriented development.

The Jan. 13 tour visited the Hyde Park neighborhood in Chicago, and the suburbs of Berwyn, Lombard, Glen Ellyn, Wheaton, Lemont and Orland Park.

Leveraging train stations means luring residents who hold lucrative city-based jobs, and who want the denser, mixed-use neighborhoods that have defined the transit-oriented development seen in cities and suburbs around the country.

For residents, it usually means cheaper, though still urban-like and upscale, living. For communities — especially built-out, landlocked ones — it promises population and tax-base growth without geographic expansion.

Whether that promise is met depends on sticking to a plan, forging partnerships with developers, dealing with local politics, and riding the ups-and-downs of the general economy, local development officials said.

The scale of development varies — Orland Park's goal is to create a downtown, but TOD is also used to help reinvigorate existing downtowns, as in Glen Ellyn, which has "more of a boutique, niche kind of downtown," according to Staci Hulseberg, the village's director of Planning and Development.

One feature common to all is relatively dense residential development, mostly apartments but sometimes condominiums. Lemont's TOD consists mainly of 82 canal-front condos with businesses on the ground floor. Wheaton boasts block-filling apartment complexes, including the more than 300 units in Wheaton 121. There, residents can workout, take a swim, wash the dog, play bocce and host a barbecue without leaving the complex.

That situation — waiting for locally owned property to come up for sale, then guiding its development — is also common. Lemont is currently shepherding development of an old hardware store property along the I&M Canal.

Orland Park's decade-old Metra station at 143rd Street was used as a catalyst for development that includes luxury apartments, upscale shopping and a new University of Chicago outpatient facility.

"It's been a long process for these communities," One Region President and CEO Leah Konrady said at the outset of the tour. "It's not something that happens overnight."

"This area you're sitting in today used to be a blighted, industrial brownfield," village Director of Development Services Karie Friling told the tour group on its arrival in Orland Park.

The village created a 25-acre Tax Increment Financing district in 2004 and built the underground infrastructure needed for development.

Then, "the recession hit us, and everything came to a grinding halt," Friling said.

The village sold $63 million in bonds, but is now profiting from development that includes the five-story, 295-unit Ninety7Fifty apartment and commercial building, Friling said.

The use of tax increment financing (TIF) for TOD development is fairly common. Although few are as extensive or take place with the kind of surge seen in Orland Park, which has come to include another upscale apartment building, a Mariano's-anchored retail development, the 120,000 square-foot University of Chicago outpatient center and plans for more entertainment and shopping.

Public money helps get development "off the floor," a KPMG consultant working for the Regional Development Authority told the One Region tour group. Local government absorbs some of the risk, "de-risking" the project to varying degrees, for the developer.

"Anything you can do to help de-risk — those things are going to be critical," KPMG's Ted Hamer said.

Tanis said she was also glad to see different ideas about how, and where, to locate bicycle lanes. And, the example of Orland Park's Ninety7Fifty apartment building, which reached full occupancy shortly after being built, was instructive, she said.

"It will help give us a vision," she said of the trip, "how we can plant those seeds in the right place."

"One of the things you're seeing," he said, "is each of those communities handled their architectural standards differently."

He said the downtown TODs, particularly in Berwyn and Lemont, stood out as examples for Hammond, though its two stations will be treated differently.

"The type of densities we can achieve at the Gateway Station are greater than South Hammond," he said.

Poland also noted the greater flexibility Illinois communities have regarding use of TIF funds, particularly Orland Park's $63 million bond issue to assist in the Ninety7Fifty project. "We can't do that," he commented.

"Overall, I have my concerns," she said. "I'm trying to keep an open mind."

Patience and planning pay, according to Illinois officials experienced with TOD. Several of the officials brought up the need for a "champion," a person or group with a singular vision and willingness to say "no" to any proposal that doesn't fit precisely with the plan.

"We only have one chance to get it right," Orland Park's Friling said.

What is transit oriented development?

Transit-oriented development, called TOD, is commonly defined as high-density, mixed-use development, such as retail and residential, within walking distance of a transit station. TOD provides a range of benefits including increased transit ridership, reduced regional congestion and pollution, and healthier, more walkable neighborhoods.

Source: MITOD website of the Center for Transit Oriented Development

The project would extend the South Shore nine miles south from Hammond to the Munster-Dyer border. It would include four new stations, and has a construction cost estimated at $603 million.

The project would add a second set of tracks to the existing South Shore Line between Gary and Michigan City, and include station upgrades particularly in Miller and Michigan City. Its construction cost is estimated around $290 million.

DYER — In a 3-1 vote Tuesday, the Town Council gave the green light to a resolution approving the West Lake commuter rail project with specifi…

Collaboration and consensus building urged at One Region luncheon

When veterinary surgeon and investor Claude Gendreau bought the 108-year-old Ravisloe Country Club in Homewood six years ago, it was because he fell in love with its historic clubhouse.

What village officials bill as Orland Park's downtown doesn't look much different from the rest of the LaGrange Road corridor, a 2-mile retail mecca crammed with restaurants, malls and big box stores.

Commuters exit the Orland Park 143rd Street Metra station earlier this month. The area around the station is the site of transit-oriented development including upscale apartments and shopping.

The Ninety7Fifty on the Park apartments next to the Orland Park 143rd Street Metra station in Orland Park.

Commuters exit the 143rd Street Metra station earlier this month in Orland Park. The area around the station is the site of transit-oriented development, including the Ninety7Fifty on the Park apartments in the background.

The Front Street Cantina and other business occupy the first floor of a transit-oriented development near the Metra station in Lemont, Illinois. The upper floors are The Front Street Lofts condominiums. The development also includes 262 public parking spaces.