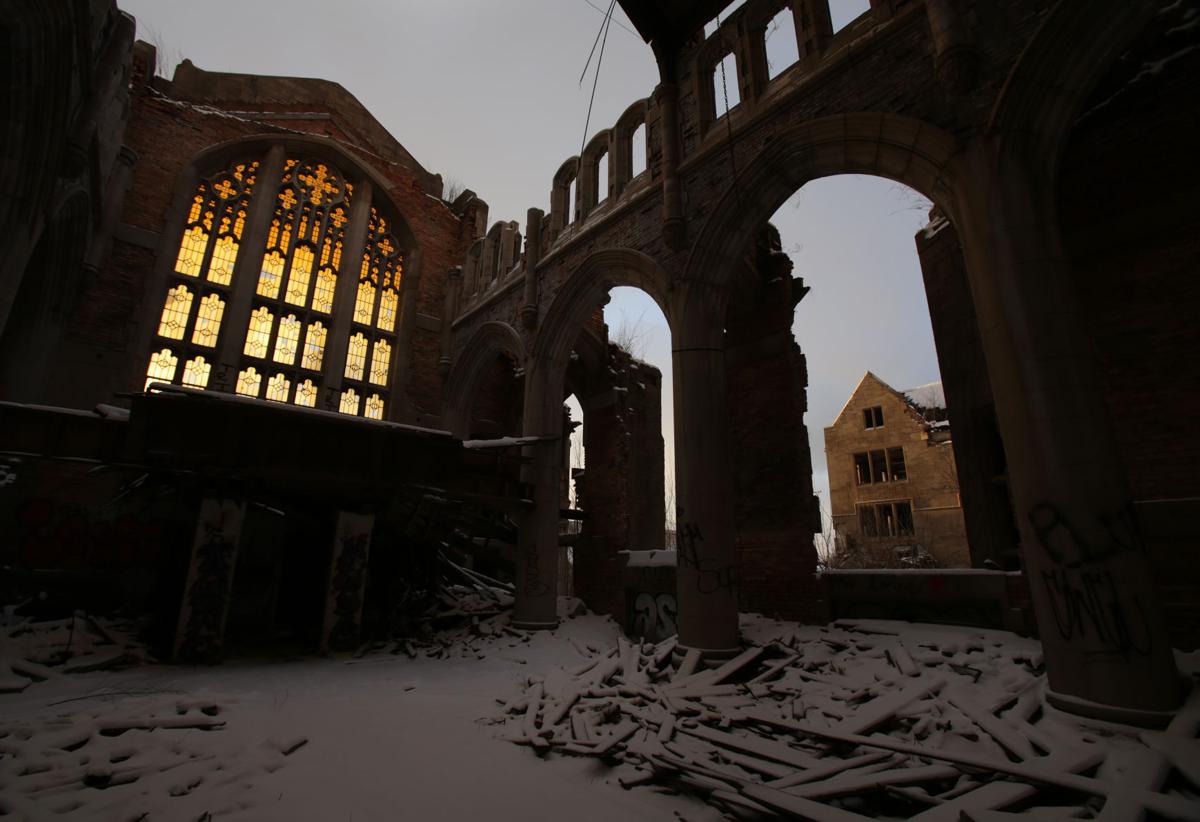 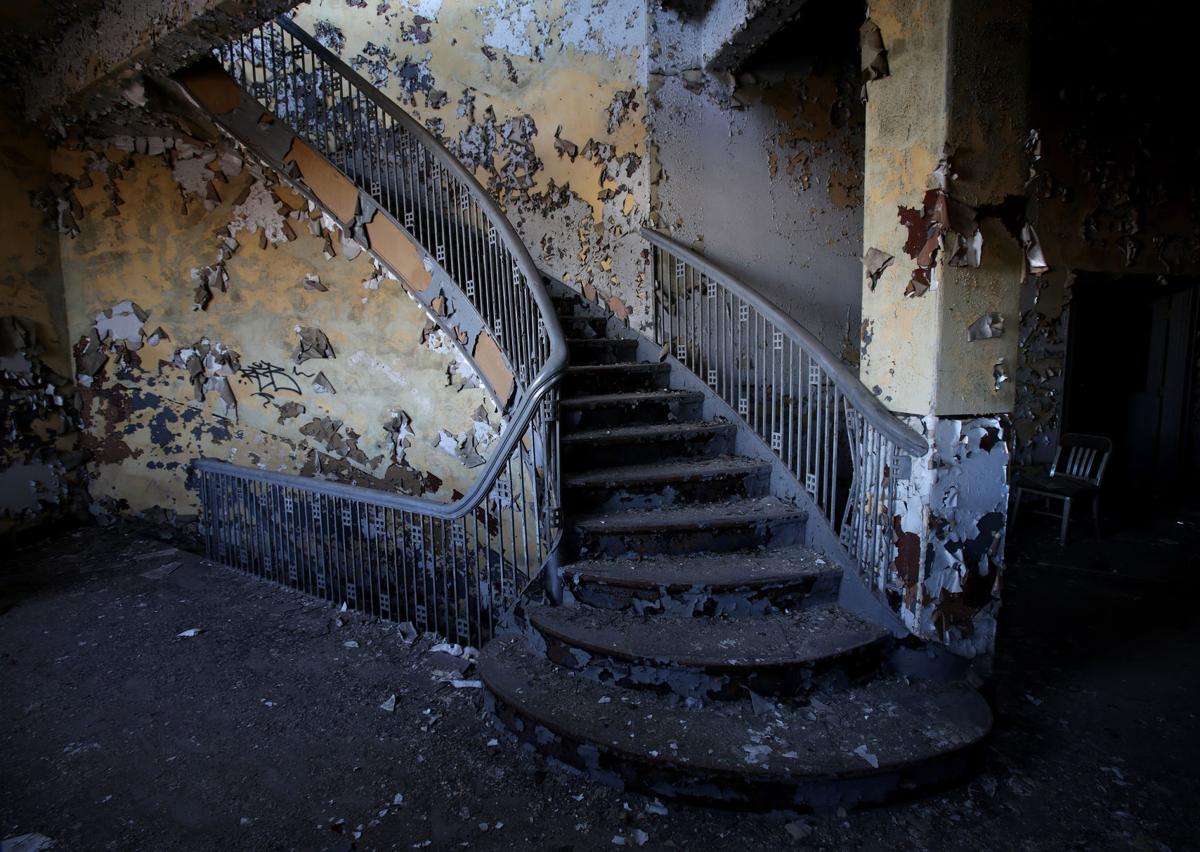 Inside the Gary Heat, Light & Water Building was one of the original buildings U.S. Steel commissioned when it built up Gary as a company town in the early part of the 20th century. 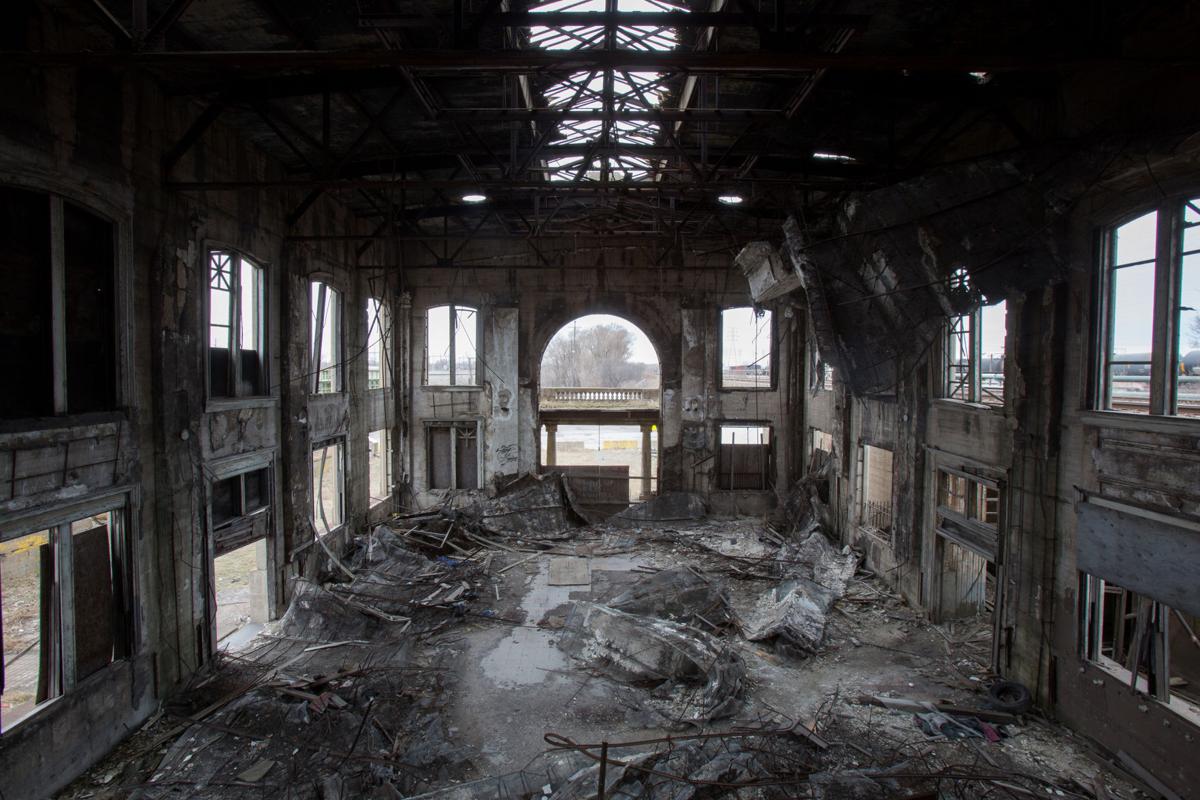 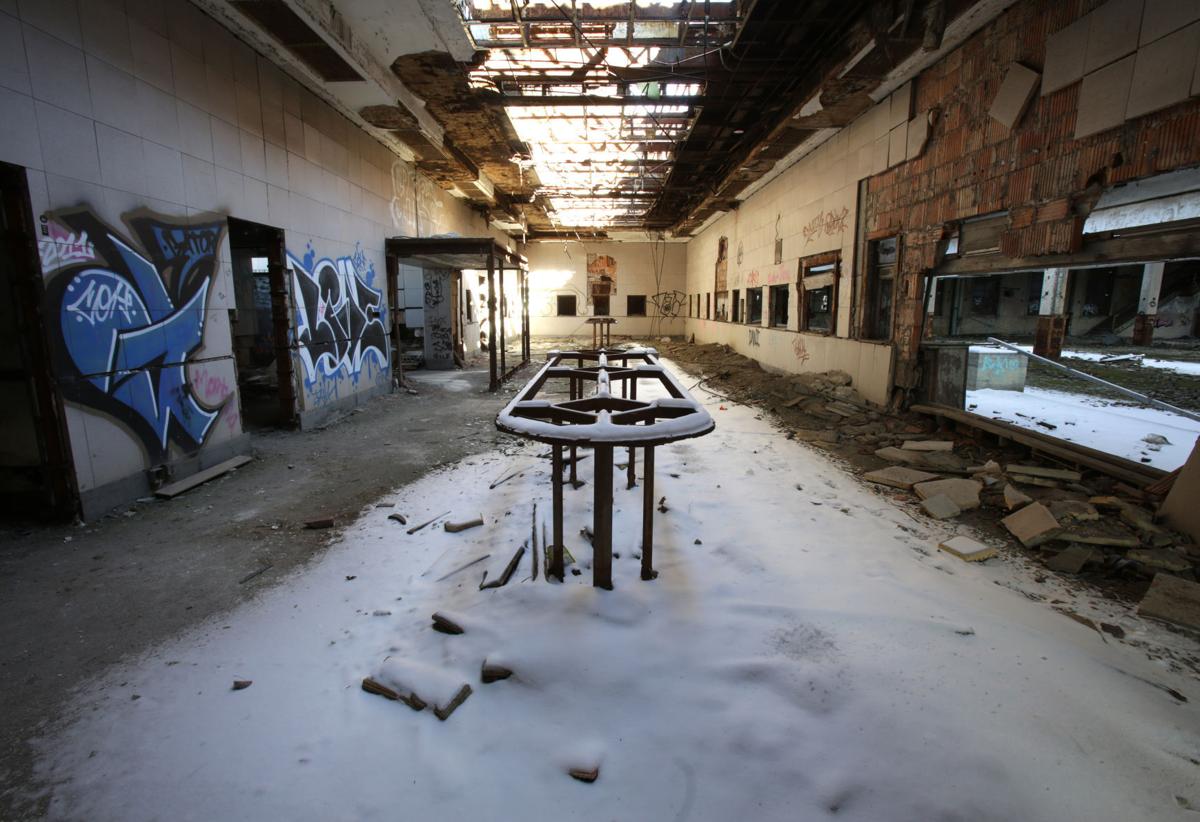 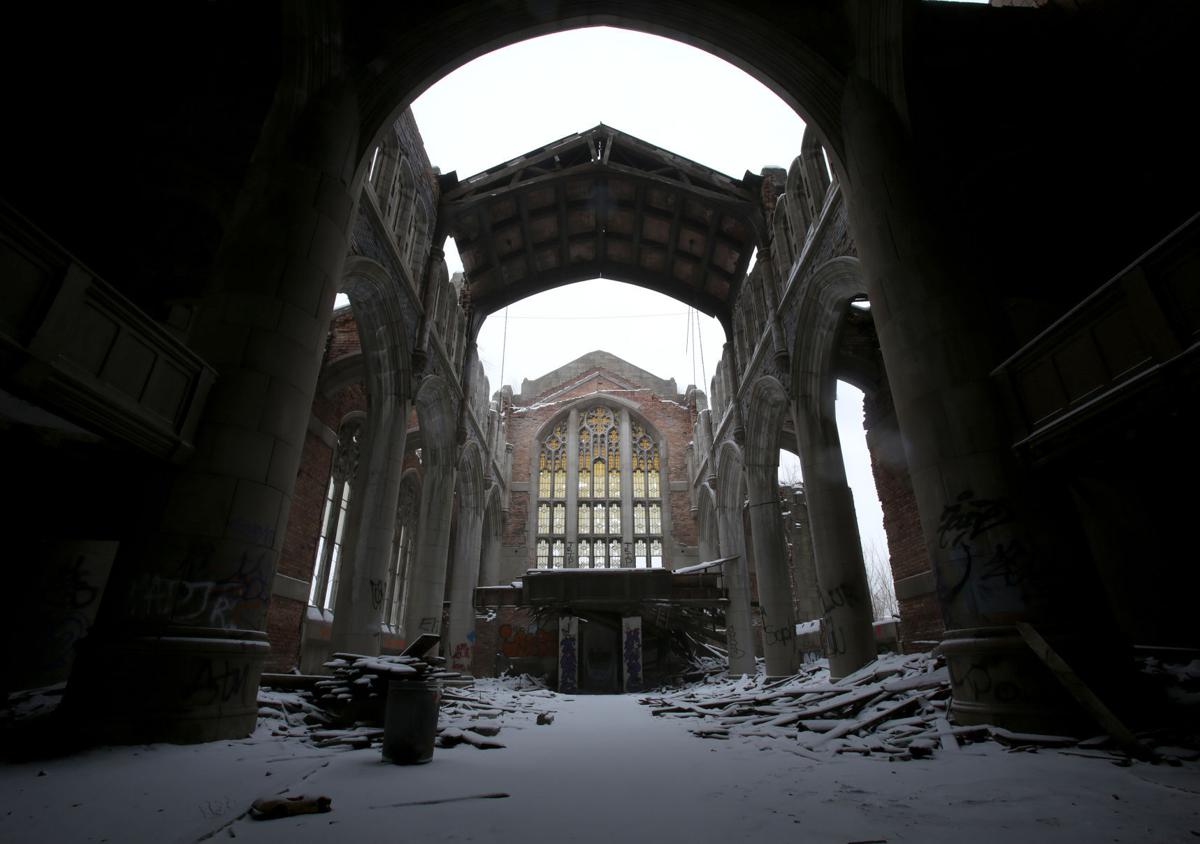 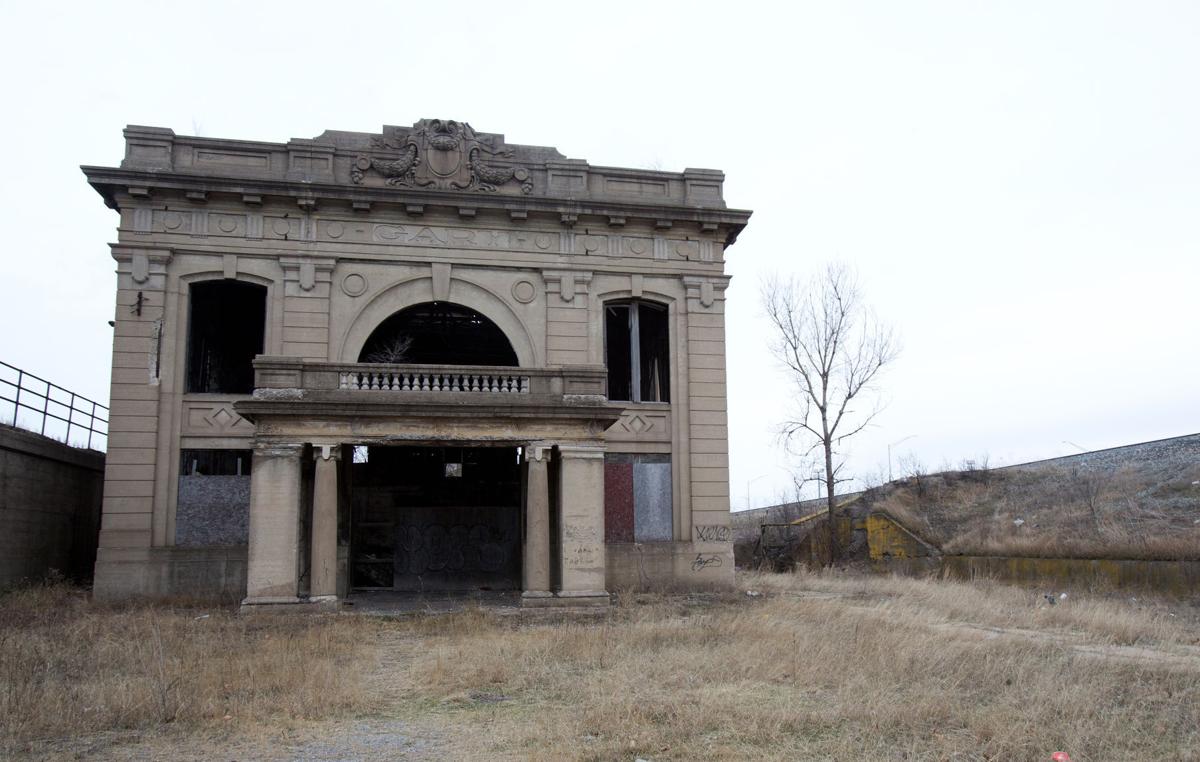 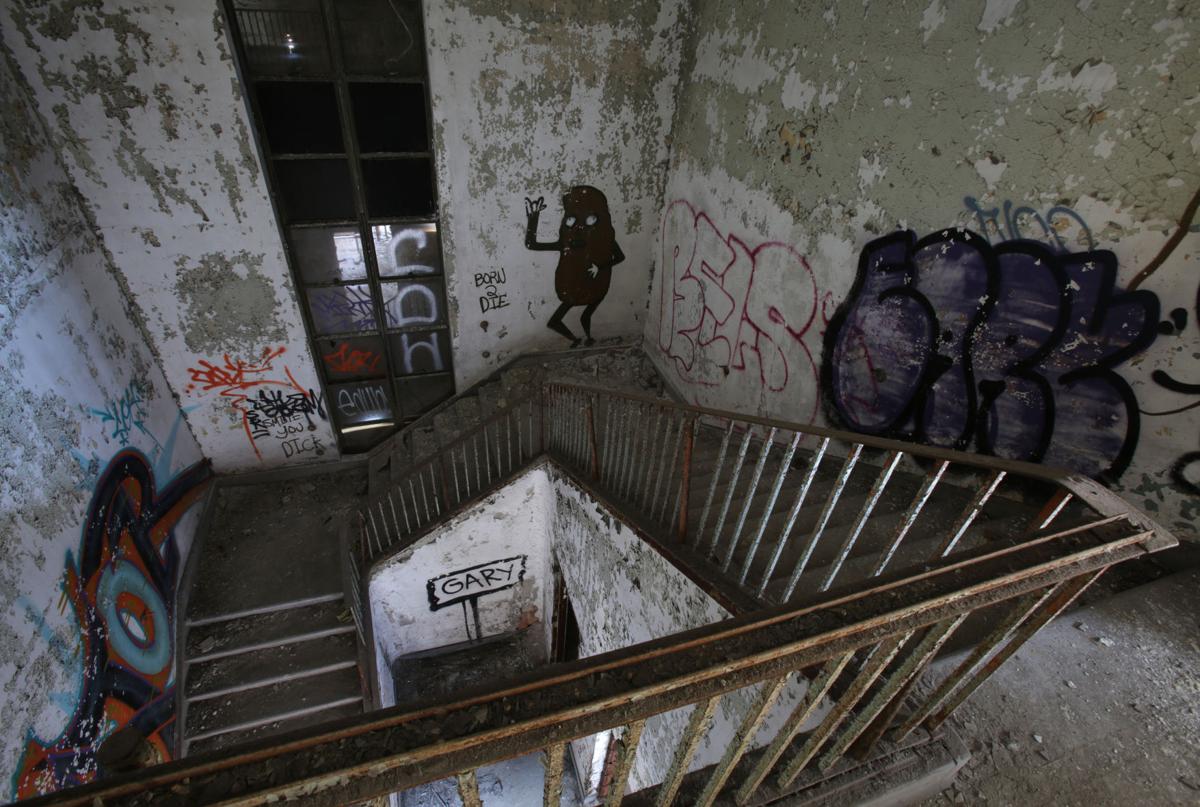 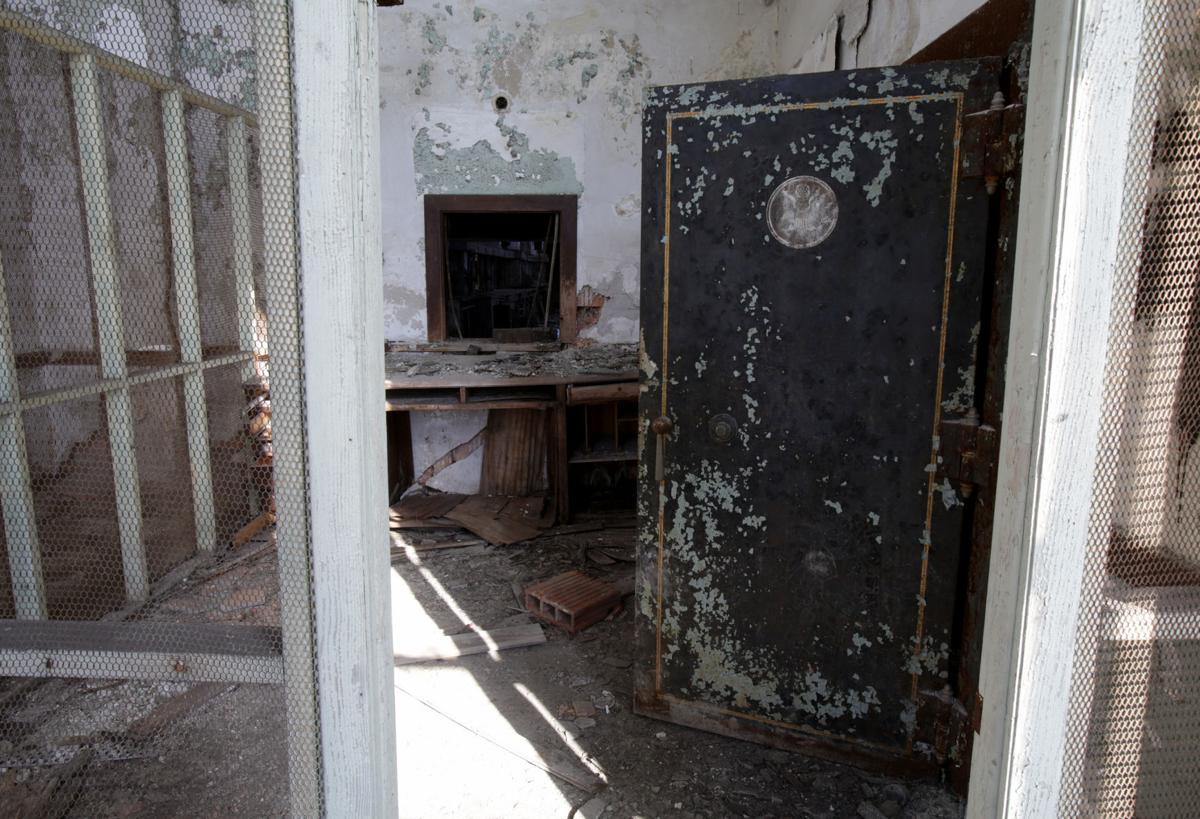 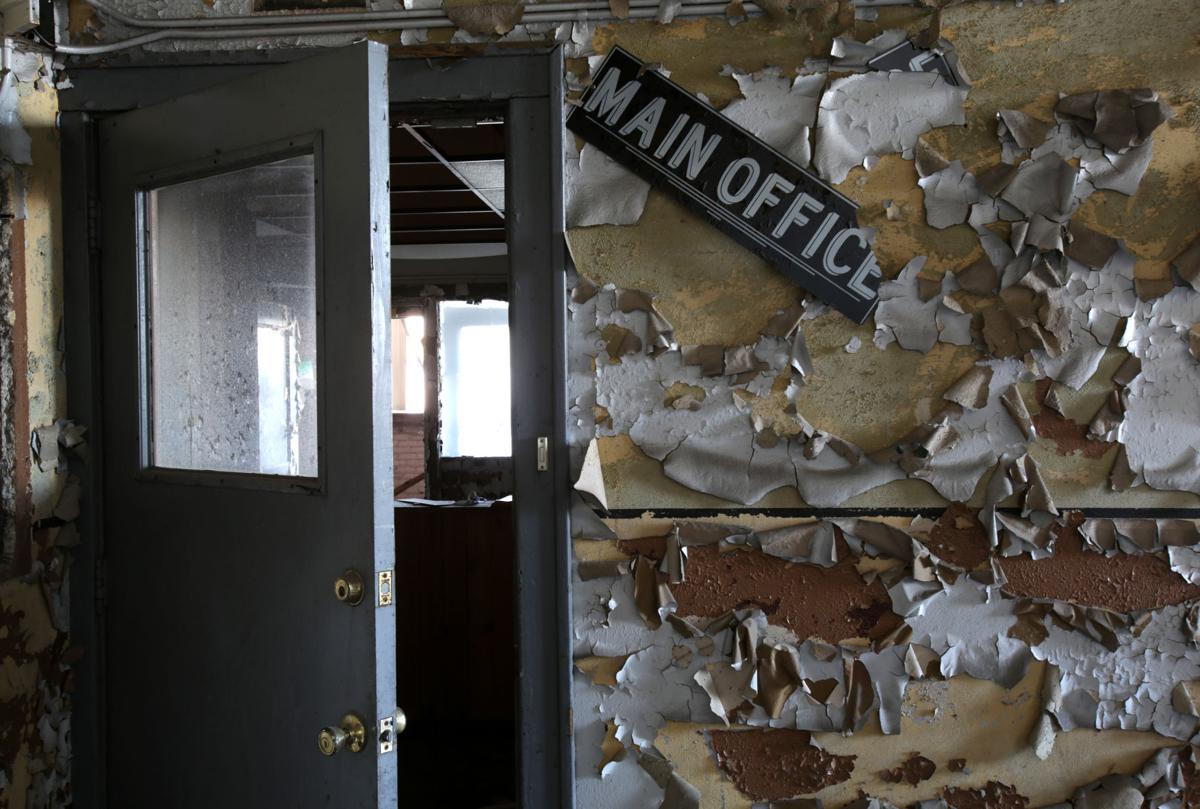 The Gary Heat, Light & Water Building was one of the original buildings U.S. Steel commissioned when it built up Gary as a company town in the early part of the 20th century. The building in its current condition last week in Gary. Several efforts are underway to save downtown Gary's historic architecture. 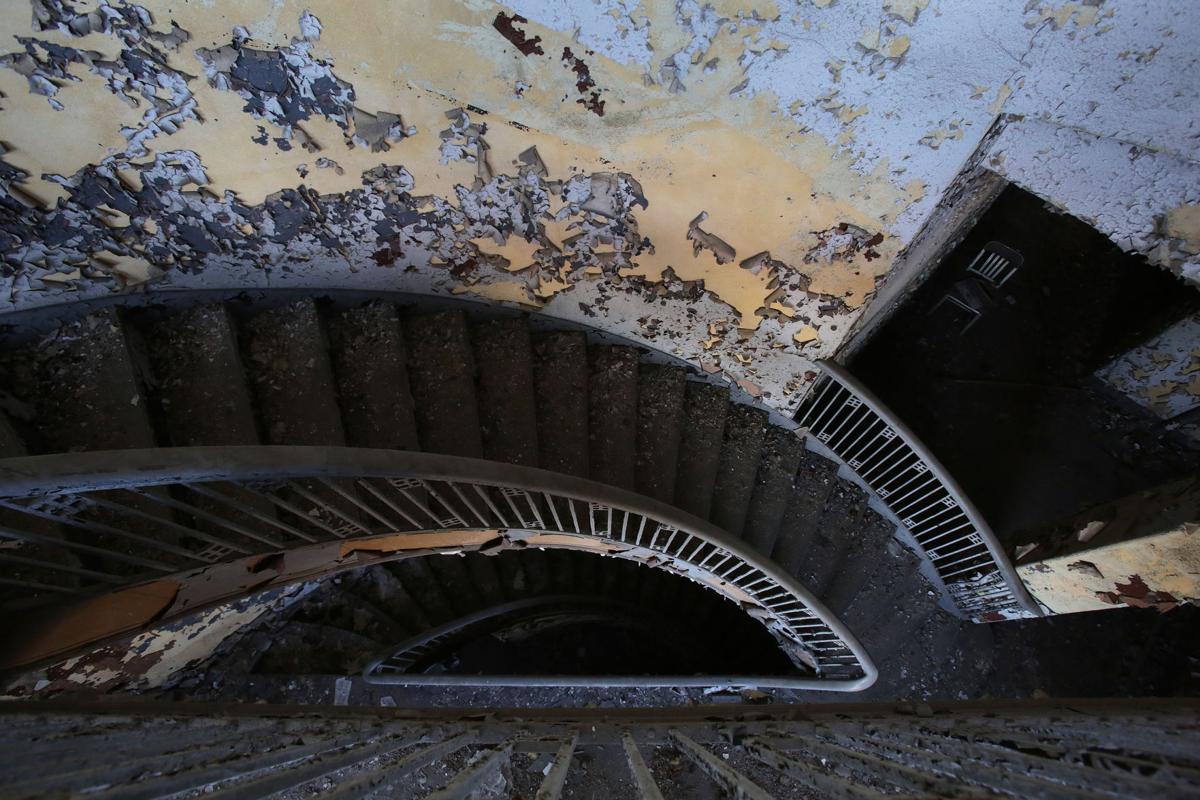 The Gary Heat, Light & Water Building was one of the original buildings U.S. Steel commissioned when it built up Gary as a company town in the early part of the 20th century.

Inside the Gary Heat, Light & Water Building was one of the original buildings U.S. Steel commissioned when it built up Gary as a company town in the early part of the 20th century.

The Gary Heat, Light & Water Building was one of the original buildings U.S. Steel commissioned when it built up Gary as a company town in the early part of the 20th century. The building in its current condition last week in Gary. Several efforts are underway to save downtown Gary's historic architecture.

The Gary Heat, Light & Water Building was one of the original buildings U.S. Steel commissioned when it built up Gary as a company town in the early part of the 20th century.

Gary is filled with architectural gems designed by noted architects like Philip Brooks Maher, but some are still occupied while others have sat vacant for decades.

Buildings like City Methodist Church and Union Station have been rotting away, buckling under the weight of disuse and a relentless campaign by the elements.

But now there’s several efforts underway to preserve the city’s historic buildings. The Decay Devils artist and urban explorer collective staged an exhibit at the Marshall J. Gardner Center for the Arts this month to inspire people to come up with new ideas for how to repurpose Gary’s ruins, will soon host a cleanup of Union Station and lined up a number of artists to paint murals there. Gary successfully raised the $7,500 it needed to through a Patronicity crowdfunding campaign to get a matching Indiana Housing and Community Development Authority grant and will host historic preservation tours this summer. The city aims to secure long-vacant structures and has applied for a larger $166,000 Knight Foundation grant that would let it study turning City Methodist Church into a European-style ruins garden that photographers would pay a fee to shoot.

“I think we’re at a very critical point where if we don’t act in the next couple years, a lot of this architecture will be beyond repair,” said Sam Salvesen, an associate city planner and AmeriCorps Vista. “The Ambassador Apartments were just torn down. If we don’t pay attention, if money’s not invested, we’ll lose them forever. Gary doesn’t need another parking lot. We have a built environment that’s worth preserving.”

The Gary Preservation Tour will host free walking tours of eight or nine historic sites on two different days this summer and have an open house where volunteers and wayfinding signs will guide visitors to points of interest downtown. Union Station, a New Deal-era Post Office, the outside of City Methodist and historic buildings still in active use will be opened up to the public.

Visitors will be able to tour the Gary Land Company Building, City Hall, the Lake County Courthouse, 504 Broadway and the Genesis Towers.

Organizers in the Gary Department of Redevelopment hope to teach people about the city’s architecture, such as that City Methodist was the first $1 million church, that the steel-framed Union Station was built with Indiana limestone and that the post office was designed by a consulting architect on the Tribune Tower who was heavily involved in the 1939 World’s Fair.

“It’s a point to start the conversation of what can be done to reuse and redevelop these buildings,” Salvesen said.

Gary for instance hopes to stabilize City Methodist, where the roof started to collapse, so people can return to view its majestic interior and also to set up a viewing station that would let people peer inside the Post Office. It's chasing grant dollars for such projects, and also considering murals and art projects that could highlight the city's collection of well-designed buildings.

“We certainly hope people will appreciate the history and architecture and see Gary is more than just a steel city,” Salvesen said. “We see this as sort of a pilot program that we could expand to Ambridge Mann, Glen Park and other neighborhoods. Gary is not lacking in great architecture.”

The Decay Devils group was formed by a love of Gary's architecture. The collective started four years ago with photographers who kept bumping into each other at City Methodist and decided to go on a road trip to see what other places have done to preserve their landmarks. It’s since incorporated as a nonprofit and embarked on a number of projects, such as a Marquette Beach cleanup and the St. Monica and St. Luke oral history and time capsule project.

The upcoming Union Station cleanup will take place from 9 a.m. to 1 p.m. April 8. Everything needed, such as work gloves and trash bags, will be provided to volunteers who show up to the staging point at the Genesis Convention Center that day, Decay Devils President Tyrell Anderson said. After removing all the litter, the group will bring in graffiti artists to paint murals.

The Decay Devils also are looking for ways to illuminate the building at night to make it more visible and remind people it’s tucked between the train tracks downtown.

“It’s very memorable,” Anderson said. “Not many buildings are left that embody the same style. That’s the main thing that makes it stand out. It’s such a beautiful building. You’d have to go to Chicago to get anything similar.”

Several new businesses have opened in Gary's resurgent Miller neighborhood, including a real…

Do you have any ideas for how to save Gary's historic architecture?

Gary is working to preserve historic architecture downtown like the City Methodist Church, U…

Downtown Gary is going to get a lot more colorful at night.

Gary's Miller neighborhood never suffered the same degree of decline and blight as the rest of the city, quite possibly because of all that spectacular Lake Michigan beachfront.

A steelworker who taught himself how to paint will be displaying his art this month at the Marshall J. Gardner Center for the Arts, 540 S. Lake St.

Professional Building Services, a design-build firm with offices in Dyer and Crete, won national industry recognition for its construction of …

Gary's Union Station to be covered with murals Saturday

Gary's City Methodist Church, a towering Gothic structure that was once home to the largest Methodist congregation in the Midwest, was abandon…

Gary is throwing open the doors of architecturally significant downtown buildings, both occupied and abandoned, during an open house this Saturday.

GARY — The city is considering bids to turn a longtime symbol of blight into a tourist attraction for downtown.

The United States made 7.1 million tons of steel in August, a 6.3 percent year-over-year increase, according to the World Steel Association.

Pennywise the Dancing Clown, an Alien, a Predator, Freddy Kreuger, the Creature from the Back Lagoon, the Gremlins and the creepy Pale Man fro…

One of downtown Crown Point's most enduring visible retailers is diversifying its business to keep up with the times.

Gary preservationist named to National Trust for Historic Preservation's 40 under 40.

Visitors can see inside abandoned buildings in Gary Preservation Tour

Last summer, scores of visitors from across the greater Chicago area flocked to downtown Gary to poke their heads in abandoned buildings and l…