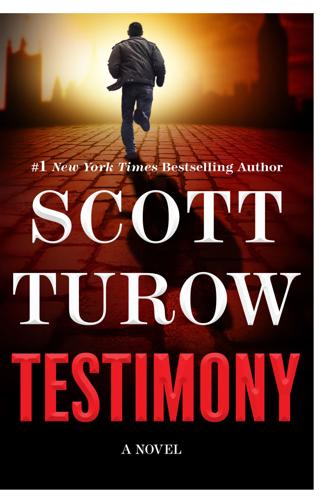 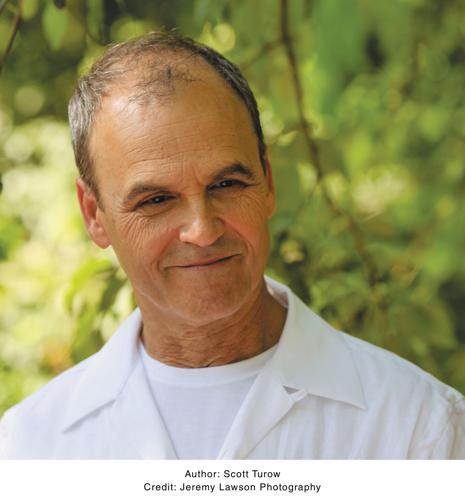 More than 30 years ago, Scott Turow released his first legal mystery, "Presumed Innocent," a best-seller that soon had many lawyers with a modicum of writing ability penning novels.

Since then, Turow, a Chicago attorney, has continued to specialize in complex, multifaceted books about the legal scene in Kindle County — think Cook County.

But in the just-released "Testimony," Turow moves beyond Kindle when his protagonist, United States attorney and criminal defender Bill ten Boom, accepts a job working for the International Criminal Court at The Hague.

Ten Boom is suffering mid-life crisis while prosecuting the genocide of 400 Roma men, women and children who were buried alive in a cave.

He has a witness, the lone survivor of the massacre, which took place in Bosnia. It should be easy, but there are layers upon layers of misperceptions, lies and half-truths. It doesn’t help when he finds himself engulfed in an affair with sexy Esma Czarni, a time-bomb of a woman with a law degree from Cambridge and a Roma background. Czarni is not to be trusted.

So how did Turow come up with all these threads to weave such a story?

“In 2000, I was at a reception in The Hague and found myself in a circle of lawyers who said you have to write about this — it’s an amazing case,” he recalls. “Usually when people say they have an amazing case it’s about their divorce, but this actually did sound fascinating.”

His interest in the Roma culture goes much further back to some 40 years ago when he was visiting a sick relative at Rush Hospital.

“The King of the Gypsies was ill and there were Roma camped all over the hospital, the staff had to lock patients’ doors because things were disappearing,” he recalls.

When their king died, the Roma departed as well but not before removing all the large metal ashtrays (smoking was permitted in hospitals back then) in the waiting rooms.

“At the time I thought to myself I have to figure these people out — they’re clearly coming from a different place than me,” says Turow. “Why would they do this knowing it would make people hate them and less willing to deal with them in the future? What I later learned when researching for this book is that there’s no tense but the present in the Roma language and no written or oral tradition for passing down information. Their history goes only as far back as the oldest Roma alive. So that’s a big cultural difference from us.”

Cost: Advance tickets are required and may be purchased from Frugal Muse by calling (630) 427-1140 or stopping in the store.

FYI: This will be a ticketed event, the discussion and audience Q&A will take place at the theater and then the book-signing will be at the museum.

What: Talk, Q&A and book-signing with Scott Turow

What: Scott Turow and Joseph Kanon In-Conversation with Charles Finch; book-signing to follow

Tim Gartland, director of LaPorte Little Theatre’s production of “The Hawaiian Heist,” says his production is a great fit for audience members…

Jason Utesch, co-director of Valparaiso’s Chicago Street Theatre’s production of “Incorruptible,” was surprised at his initial reaction when f…

Haven't a clue what to do with yourself this week? We've got 12 suggestions here.

Antonio Banderas suggests another 'Shrek' film could be on the way

Antonio Banderas suggests another 'Shrek' film could be on the way

Madonna pays tribute to the 'troublesome' artists at Grammy Awards

Madonna pays tribute to the 'troublesome' artists at Grammy Awards