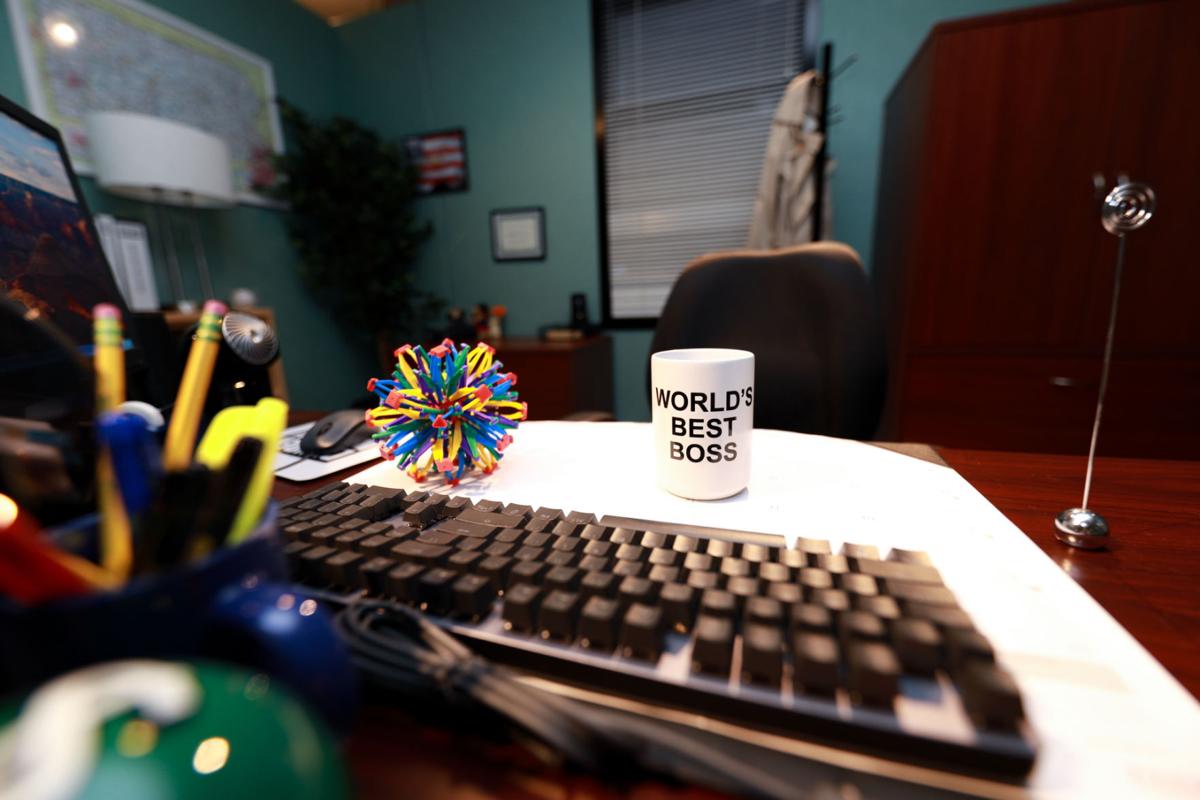 Guests will see Michael Scott's office at "The Office Experience" in Chicago. 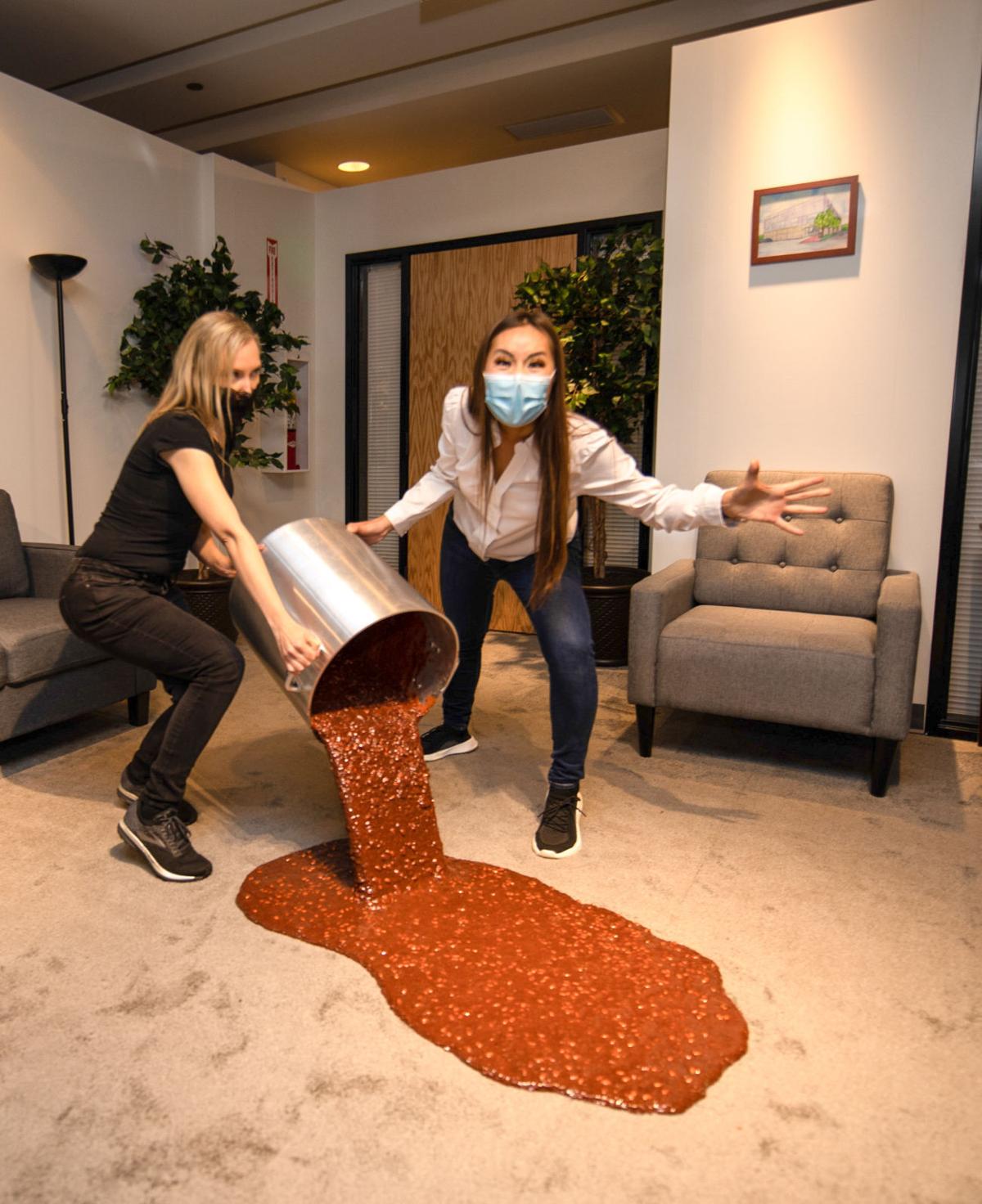 Pretend you spilled the chili at "The Office Experience." 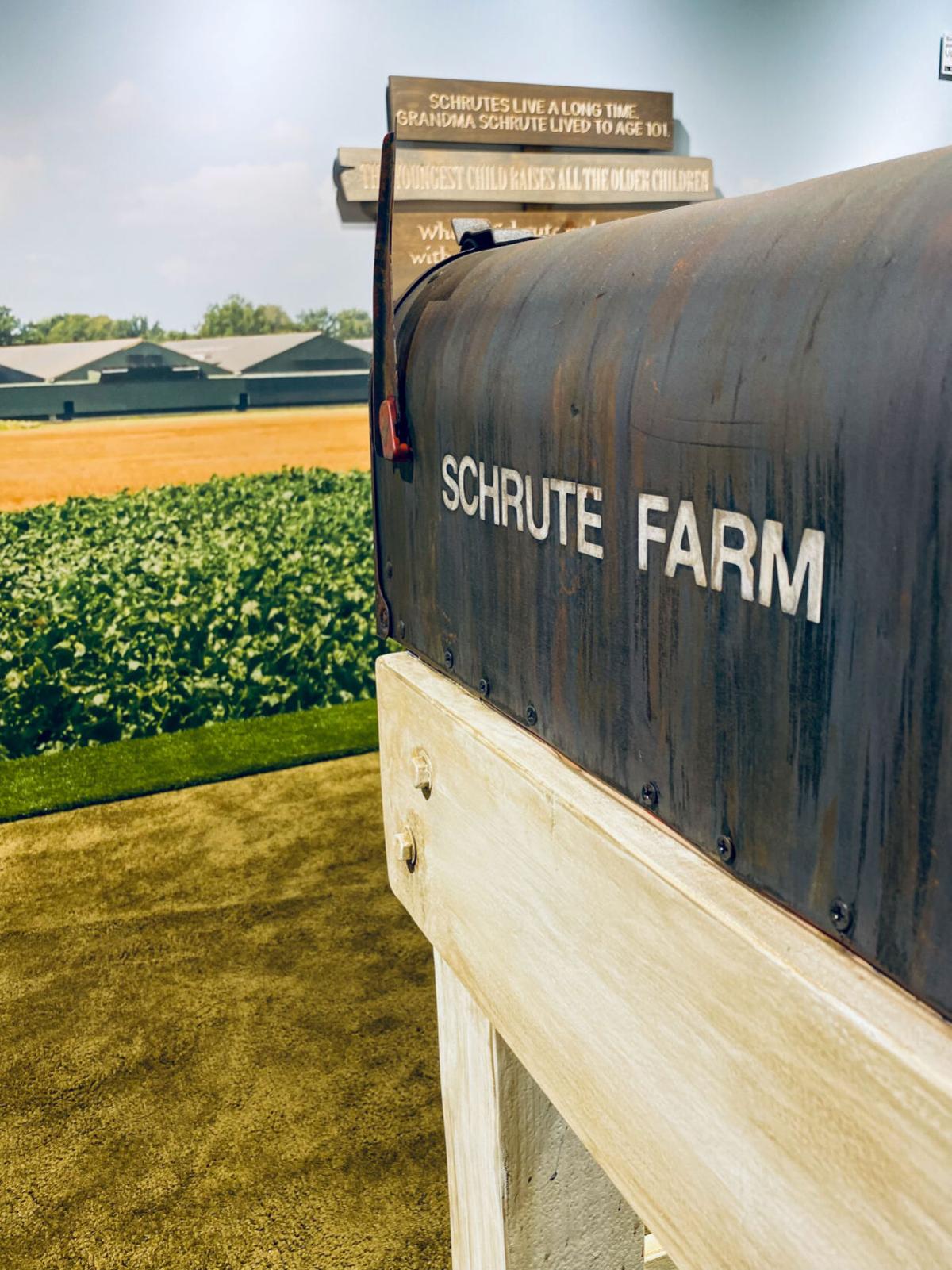 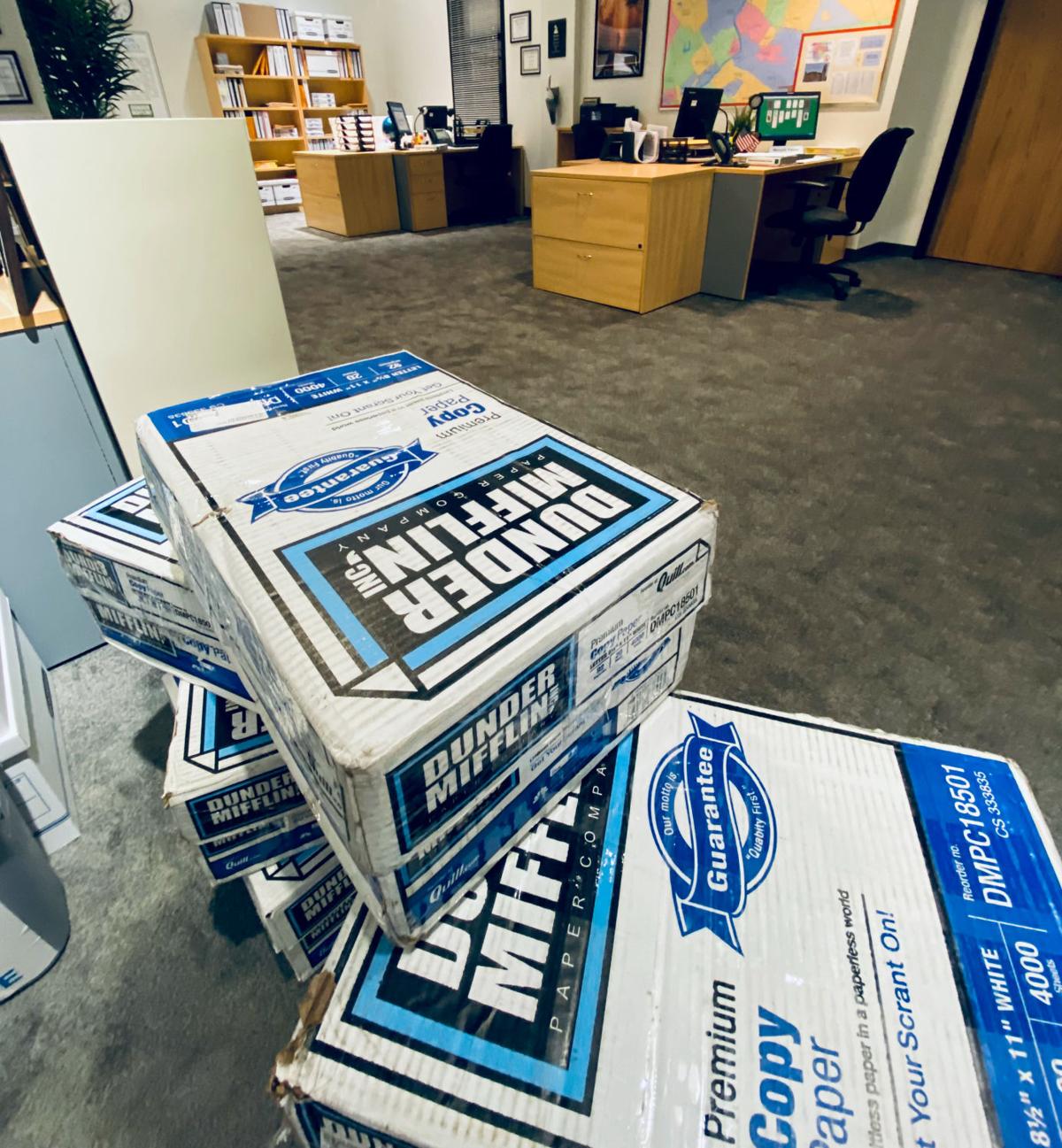 Stacks of paper are seen at "The Office Experience" 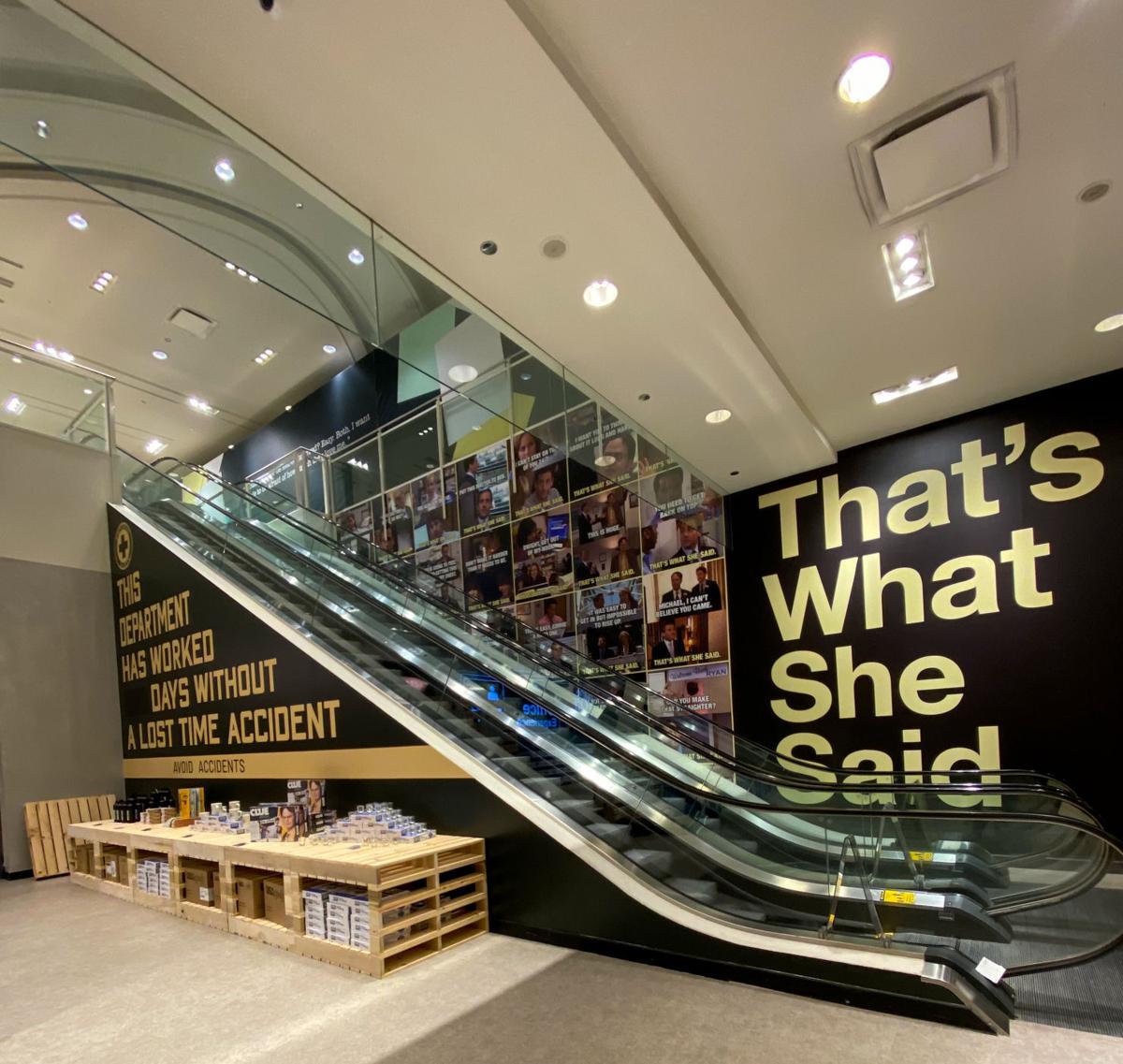 Pictured is the retail store at "The Office Experience."

Most people wouldn't dream of being excited to explore a work environment if it's a typical office setting.

But if it's a "tour" through the Dunder Mifflin Paper Company office, many people would jump at the chance.

Fans of the TV show "The Office" will have the opportunity to check out that fictitious work setting at "The Office Experience" which continues to Jan. 17 at The Shops at North Bridge in Chicago. The experience is being presented by Superfly X and Universal Live Entertainment in consultation with Greg Daniels, creator of "The Office."

"The Office Experience" debuted in Chicago in October. It's the first "Office" experience to be presented in the country.

Superfly X also presented the "Friends" interactive experience which ran in Chicago in 2020.

"We loved being there with 'Friends,'" said Stacy Moscatelli, co-president and chief strategy officer of Superfly X. Moscatelli said the "Friends" exhibit did well in Chicago and so far "The Office Experience" is drawing a great number of people.

She added the show "The Office" is so popular with viewers not only because of the characters but how "relatable" it is to many workers.

"We've all had the experience of colleagues we both love and hate and who challenge you," she said. Moscatelli said Michael Scott (the lead character and boss played by Steve Carrell) has many flaws but his sincerity is not really in question.

"He means well but rarely does well," Moscatelli said, with a laugh.

"The Office Experience" is located on two floors and features 17 rooms which recreate everything from Scott's office, Pam's desk, Schrute Farms to the kitchen area in the company, Ryan's Closet and more.

Original props from the set as well as various clothing, show episode information and many other details are featured.

Visitors are allowed to take photos throughout the tour. Various scenes featured are also Kevin’s Chili Spill and the popular Beach Day. Certain episodes are highlighted such as the Dundie Awards, which are annually given to the paper company's staff, and a segment celebrating the romance of characters Pam and Jim.

There's also a retail shop, which looks like the Dunder Mifflin Warehouse, on the first level of the exhibit which is open to the public. Even if you don't have a ticket to "The Office Experience" you may still visit the retail shop.

Moscatelli, who is a fan of the TV show "The Office," said it's always great to walk through the exhibit with big fans of the show, which she did recently.

"It feels so nostalgic for them," she said. "When they came around the corner and saw Pam's desk, some of them gasped."

Moscatelli said they wanted guests to feel as though they were really "walking through the Dunder Mifflin" office.

According to Moscatelli, it took about a year for "The Office Experience" to come to fruition. She added working with TV show creator Daniels was extremely helpful and allowed for them to really get very detailed with the presentation.

"It made our work a lot easier," she said.

It was important to the exhibit creators that the experience wasn't "just a place to take pictures, although that's one of the great attractions, Moscatelli said.

She added there are little surprises along the tour, such as being able to open the drawers of characters' desks and discovering what's inside.

"There are surprise moments," Moscatelli said.

"The Office Experience" continues through Jan. 17 at The Shops at North Bridge, 540 N. Michigan Ave., Chicago. Guests can reserve timed entry tickets starting at $37.50 plus taxes and fees. Visit theofficeexperience.com.

Dolly Parton and Sandra Oh named 'People of the Year' 2021

Dolly Parton and Sandra Oh named 'People of the Year' 2021

Food lovers who are interested in going out for their Thanksgiving feast will find a variety of local restaurants offering the holiday meal.

The Chicago Humanities Festival is currently taking place at various venues in Chicago.

Taste Test is a regular feature highlighting specialty dishes in the Region.

Andrea Enger, who is a fan of baking, is the assistant stage manager/wardrobe manager for "Pump Boys and Dinettes," which continues through Dec. 12 at Porchlight Music Theatre.

Cirque du Soleil offers a spirited 'Twas the Night Before'

Madison Square Garden Entertainment and Cirque Du Soleil are presenting "Twas The Night Before" through Dec. 5 in Chicago.

Guests will see Michael Scott's office at "The Office Experience" in Chicago.

Pretend you spilled the chili at "The Office Experience."

Stacks of paper are seen at "The Office Experience"

Pictured is the retail store at "The Office Experience."